Every year the Spasskaya Tower Festival offers its audiences to go through new and exciting artistic experience. This year the organizers have prepared for them an original Solo with a Bandproduction. It grips the audiences’ attention with performances of the best vocalists and solo instrumentalists from all over the globe as well as leading celebrities of the world’s and Russian stage featuring Igor Butman, Tamara Gverdtsiteli, Hibla Gerzmava, Anita Tsoi and Mireille Mathieu.

The Festival is not over yet, but it’s crystal clear that it has coped with its main task very well, leaving no one untouched.

“I was very surprised seeing a military band performing Rock-n-Roll on Red Square. It’s mind blowing and truly daring”, shared her emotions Svetlana Savelieva, resident of Moscow, about the performance of the President’s Band of the Moscow Kremlin Commandant’s Service of the Federal Guard Service of the Russian Federation.

Together with Dmitry Chetvergov rock band they performd Chuck Berry’s Roll Over Beethoven super hit that once was performed by the iconic The Beatles and Electric Light Orchestra. “Twenty or thirty years ago, not speaking about the earlier times, no one could even presume that an international military music festival on Red Square would be open by a foreign rock composition performed by a military ensemble together with a rock band. It would have sounded incredible. But the organizers have come up with this idea and we eagerly got down to business. Then followed several months of preparations and rehearsals. Performing rock with a wind band skillfully marching on the cobblestones of Red Square was a true artistic challenge for us. But we are happy with the results. Our vocalists are doing their best. To my mind, the whole performance is very vibrant and unusual in the good sense of the word. Still we are not to judge, as we perform for the audiences”, told Dmitry Chetvergov, leader of the band.

Along with rock, folklore, classical, popular, military and patriotic music pieces, the Solo with a Band production features two Russian romantic songs performed by the foreign participants of this year’s Festival. To the thundering applause of the stands Lieutenant Colonel Zhang Ni from the Band of the People’s Liberation Army of China performs Dark Eyesromance song, while beautiful Michiko Matsunaga accompanied by her fellow colleagues from the Central Band of the Japan Ground Self-Defense Force have conquered the hearts of the Russian audiences by performing Dorogoi Dlinnou(Along the Long Road) romantic song. Michiko Matsunaga admitted that to learn the song she had to go deep into its contents as well as taking lesson of Russian to master her accent.

This evening the stands of the Festival welcomed Mr. Zhang Hanhuai Extraordinary and Plenipotentiary Ambassador of the PRC to the Russian Federation, Mr. Mehmet Samsar, Extraordinary and Plenipotentiary Ambassador of Turkey to the Russian Federation, Colonel General Arkadiy Gostev, Deputy Minister of the Russian Internal Minister, Mr. Guy Clairbou and Dominique Bourtain, representatives of the Music Bands Service of the French Army, as well as Mr. Paul Bron and George Abbondioli, friends of the Spasskaya Tower Festival and participants of the Vieux-Grenadiers de Genève from Switzerland, with their wives. Lieutenant General Sergey Khlebnikov, Moscow Kremlin Commandant and member of the Festival Public Council, greeted the guests and participants of the show. 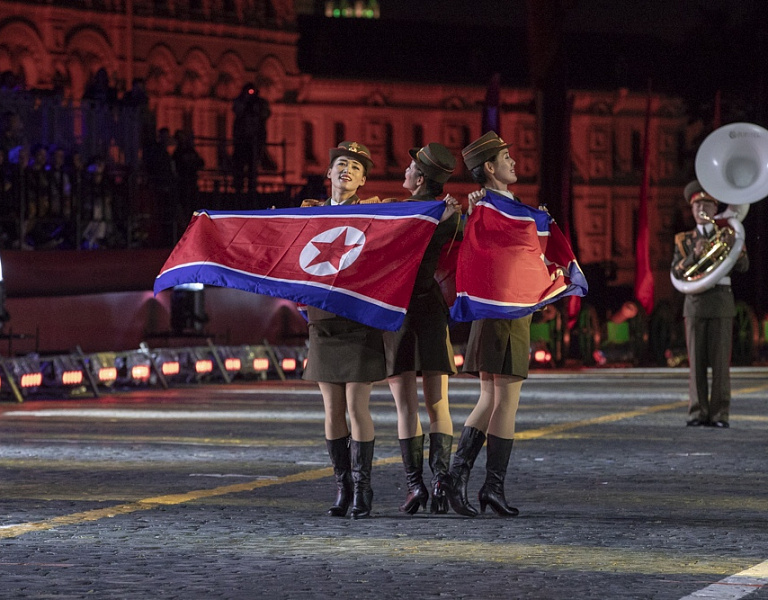 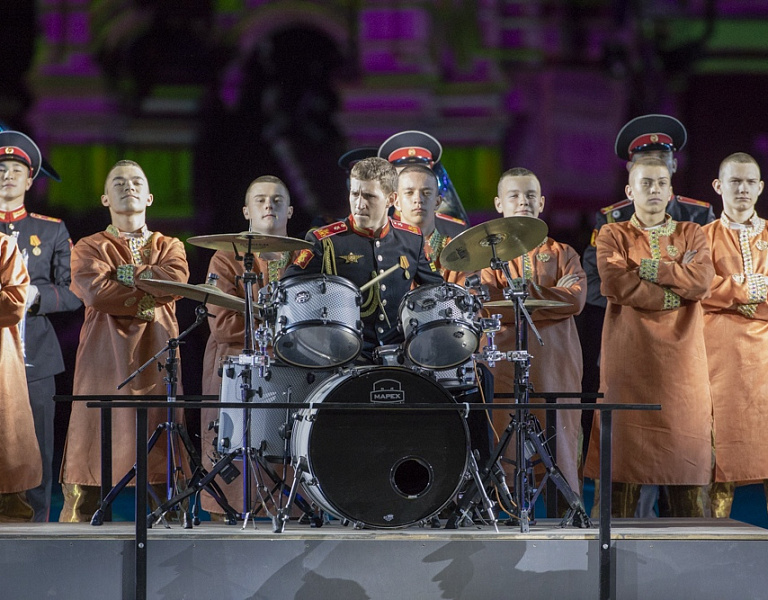 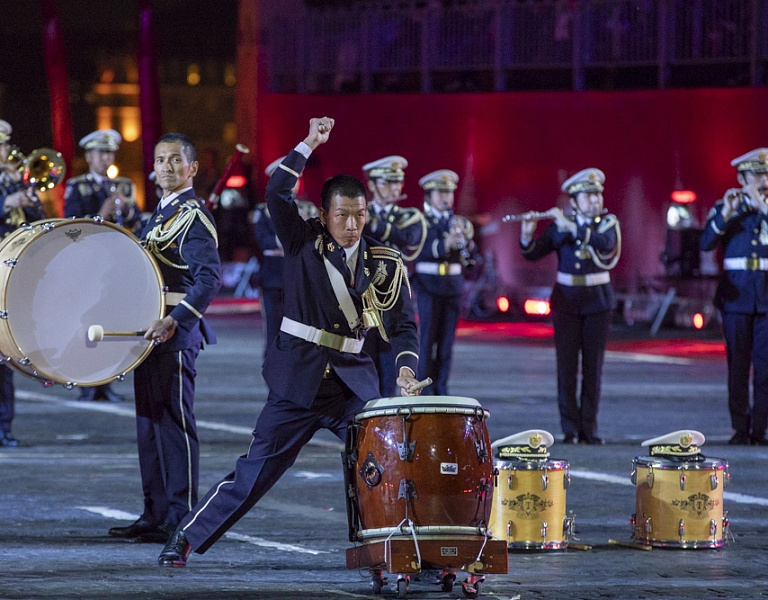 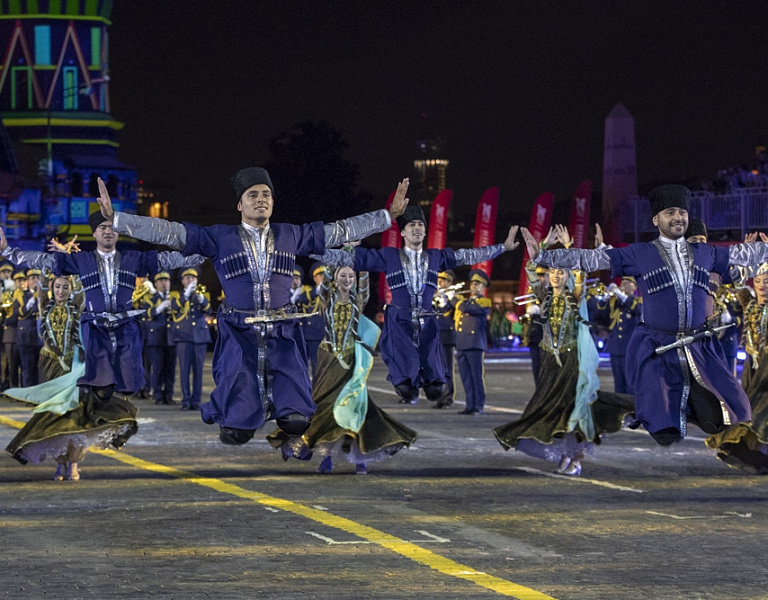 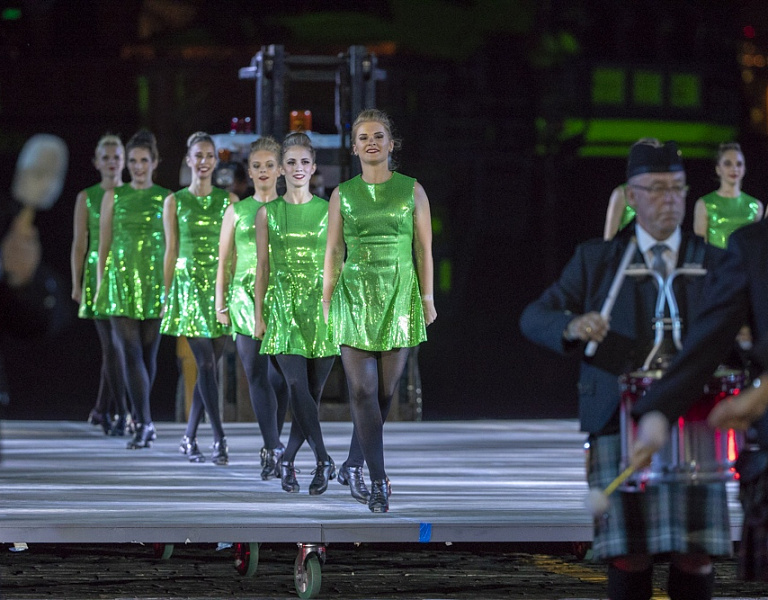 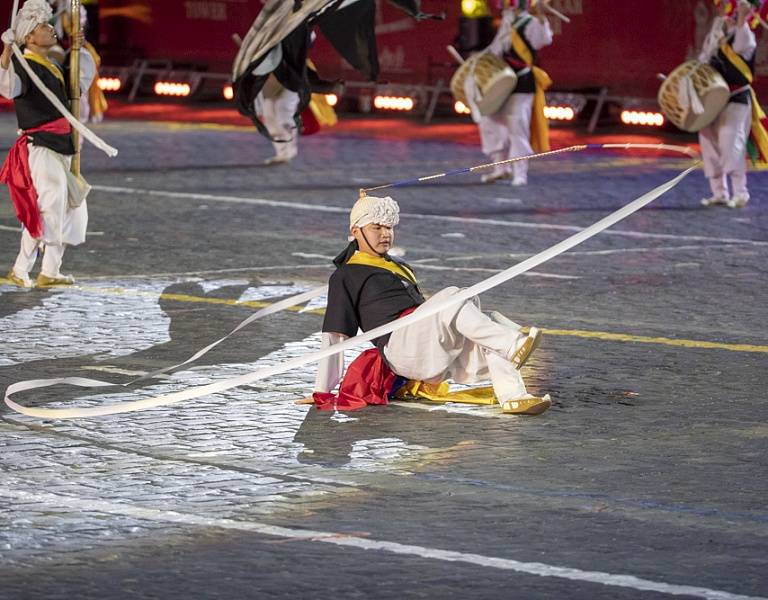 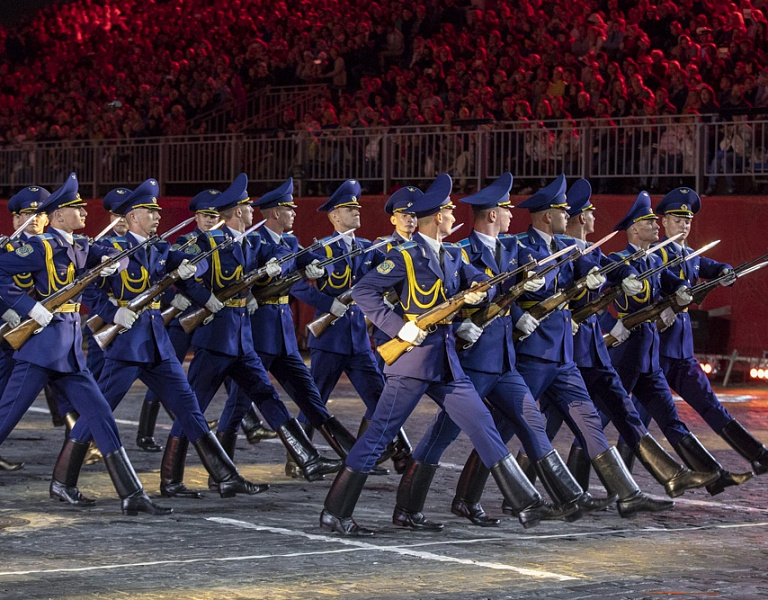 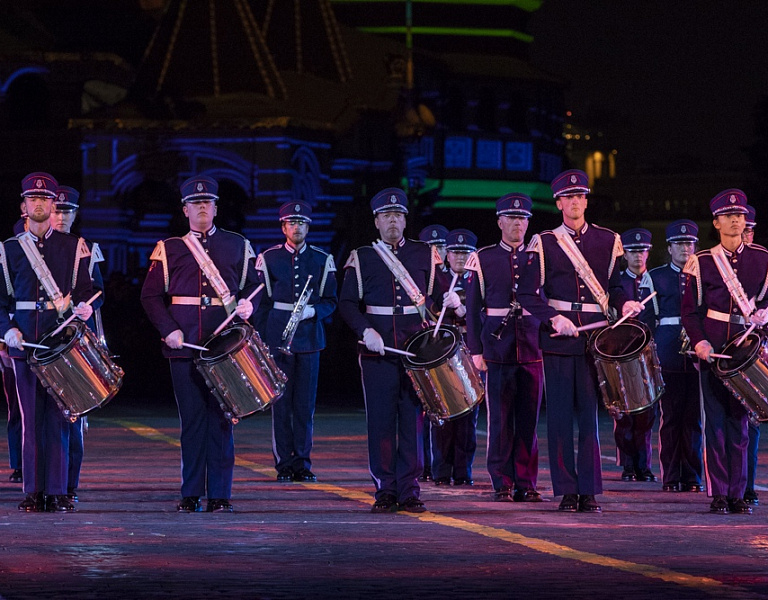 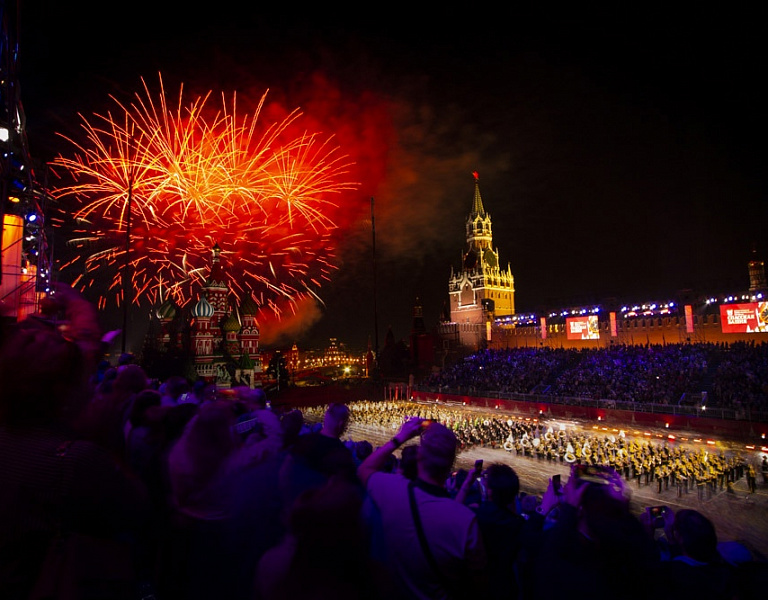 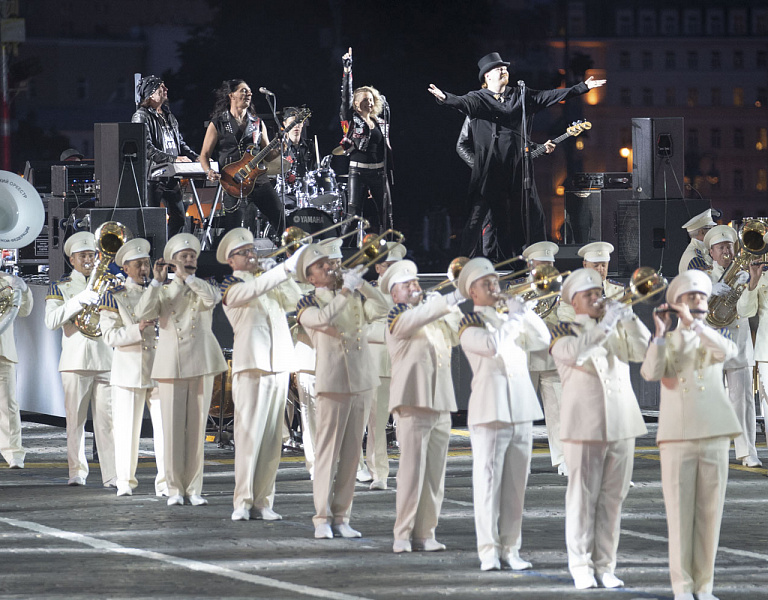 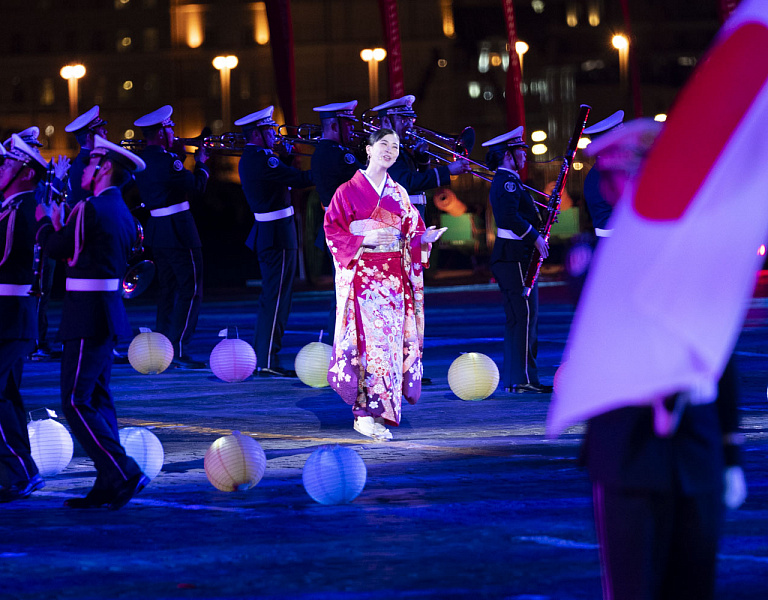 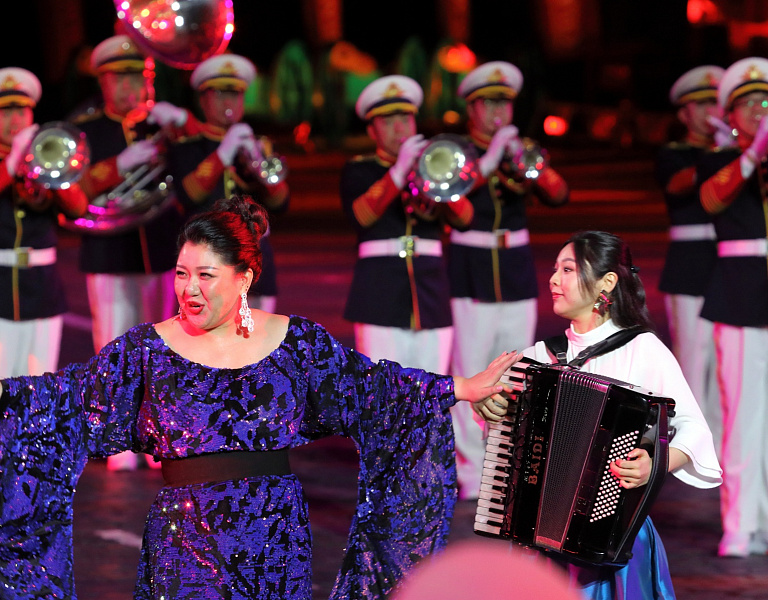 Next Winners of the Spasskaya Tower Children and Youth Interregional Honor Guard Contest Have Been Announced
Previous Let’s Rock, Colonel