The first music director of the Festival – Valery Khalilov

After graduation he was appointed as the conductor of the Pushkin Higher Military School of Radio Electronics in Air Defense military orchestra.

In 1980 he was appointed as the head of conducting, and then chairman of the Service of the faculty at the Moscow State Conservatory of P. Tchaikovsky.

In 1984, Khalilov was transferred to the governing body of the Service of the Ministry of Defence of the USSR.

Head of the service of the Armed Forces of the Russian Federation, chief military conductor from 2002 — 2016.

In April 2016 he was appointed as a Head of the ensemble — the artistic director of the Academic Song and Dance Alexandrov Ensemble.

Since 2007 he was the chief musical director of the International Military Music Festival «Spasskaya Tower», Honored Artist of Russia, member of the Union of Composers and associated professor. His work as a composer is oriented mainly to the genre of brass music. 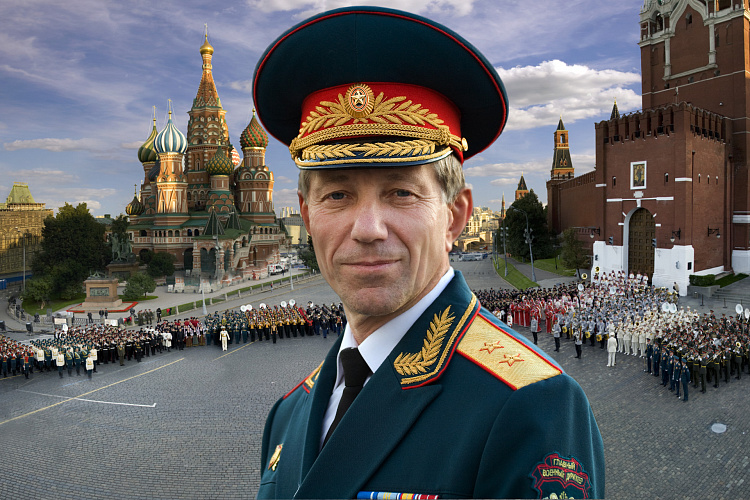 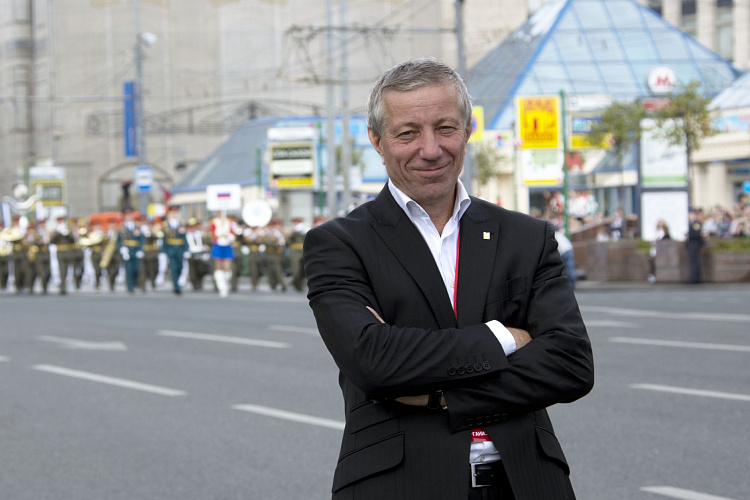 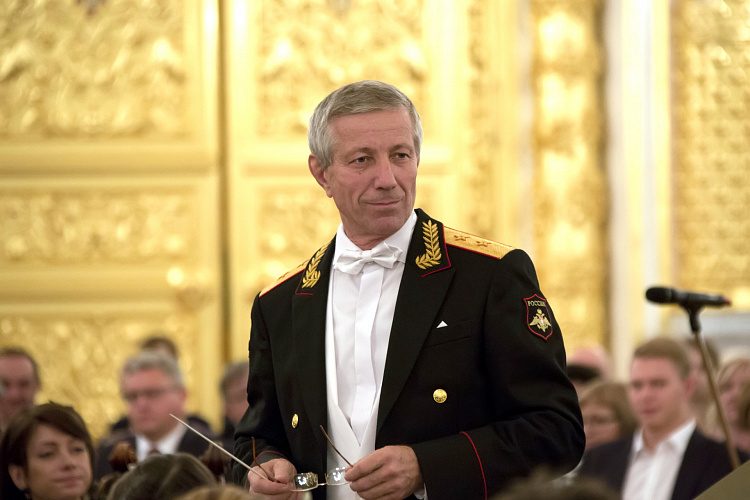 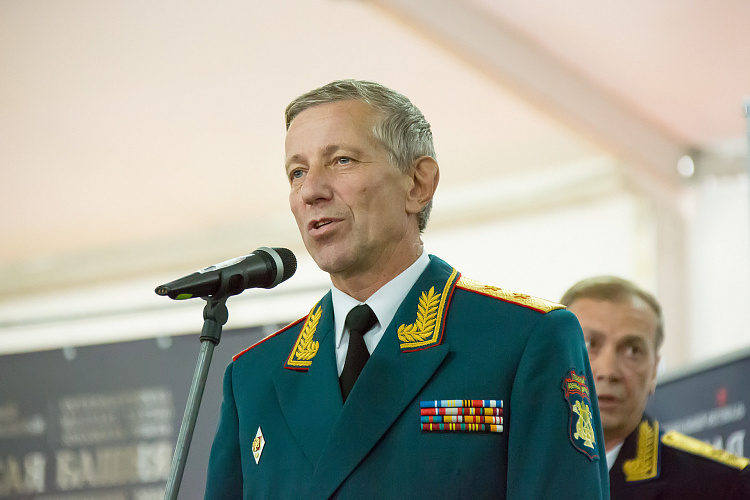 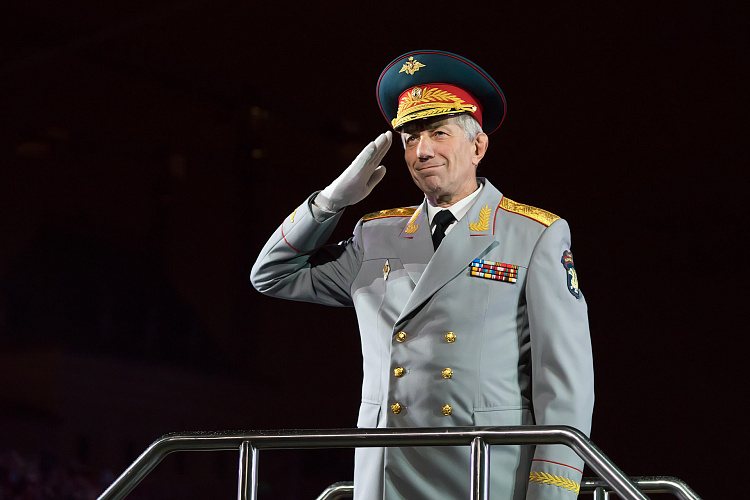 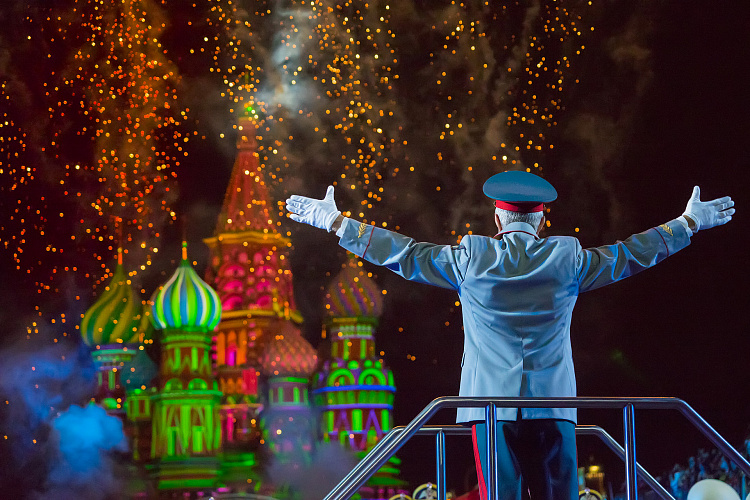 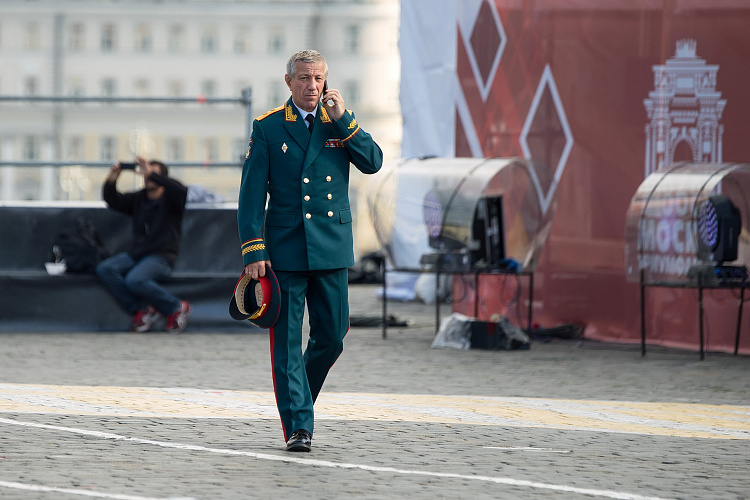 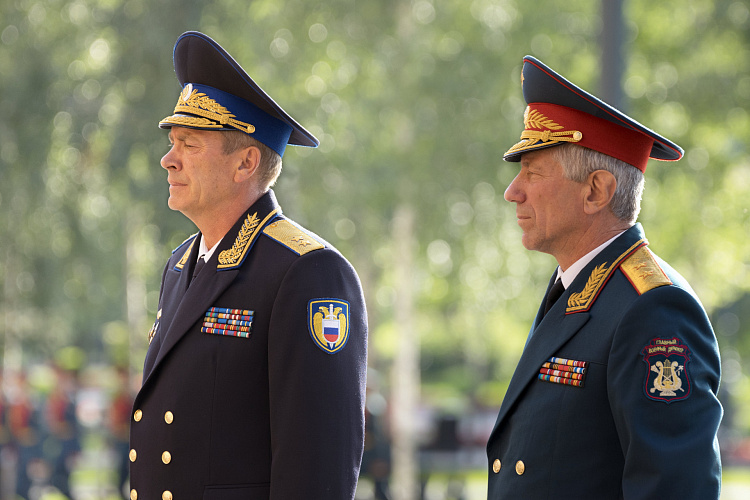 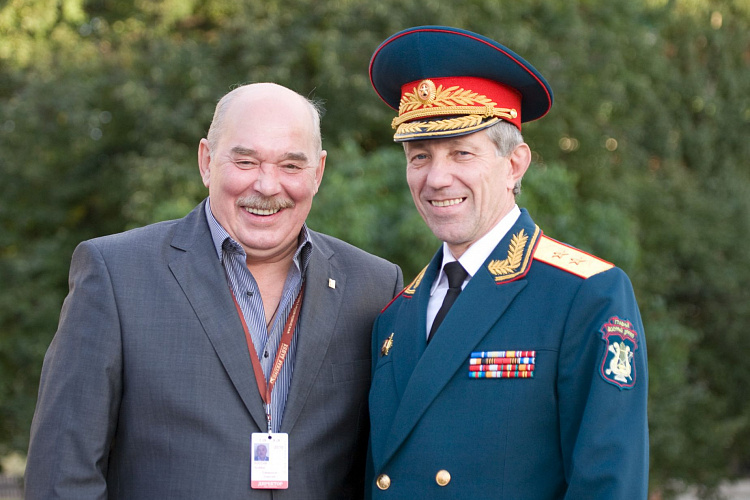 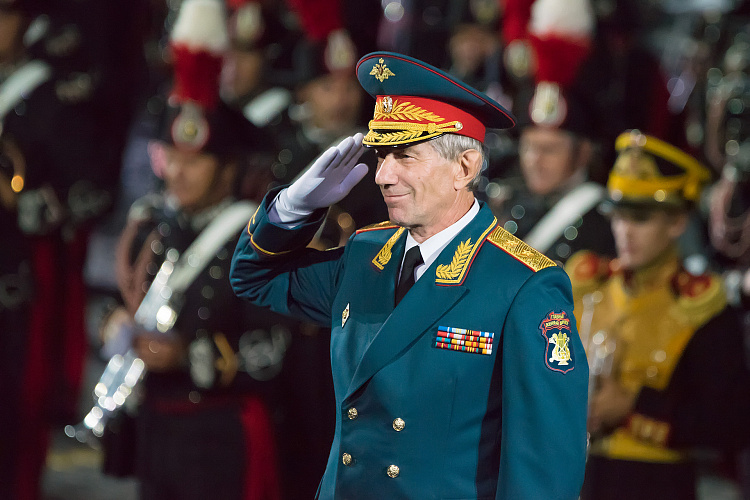 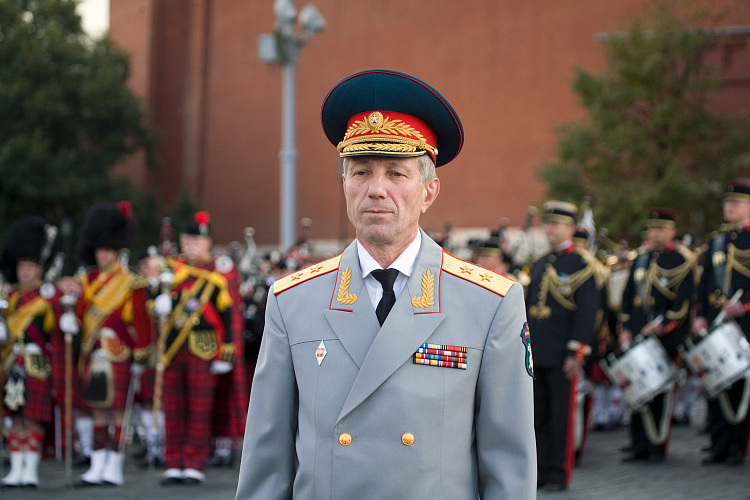 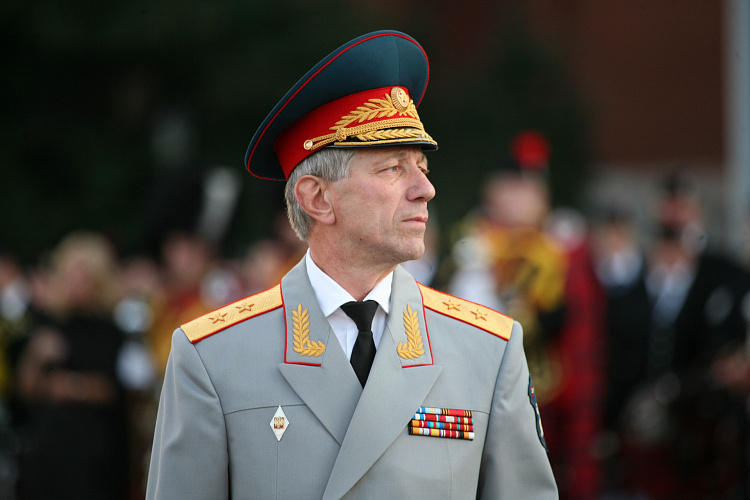 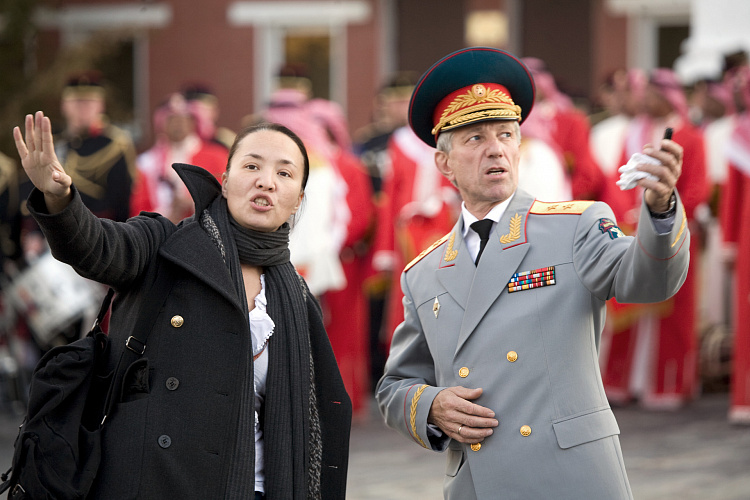 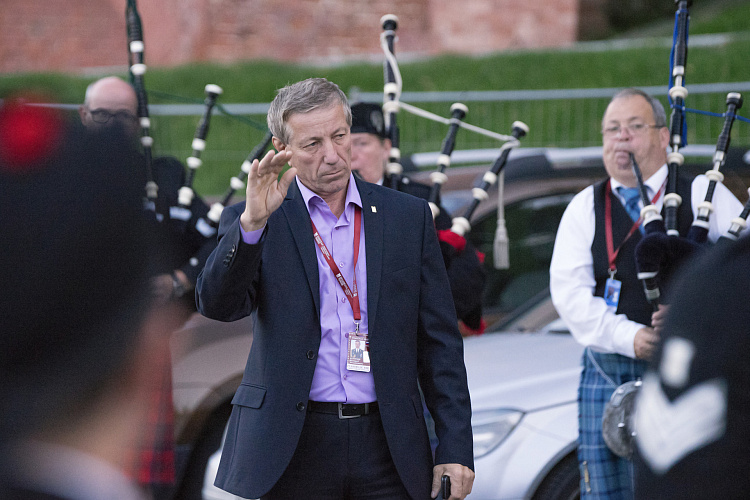 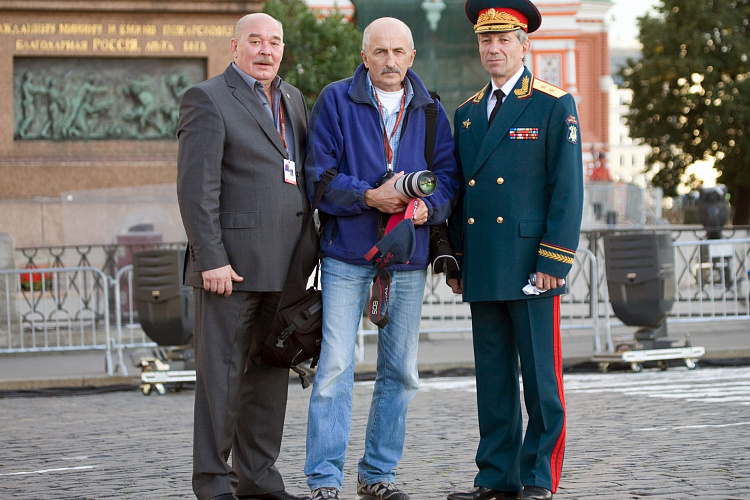 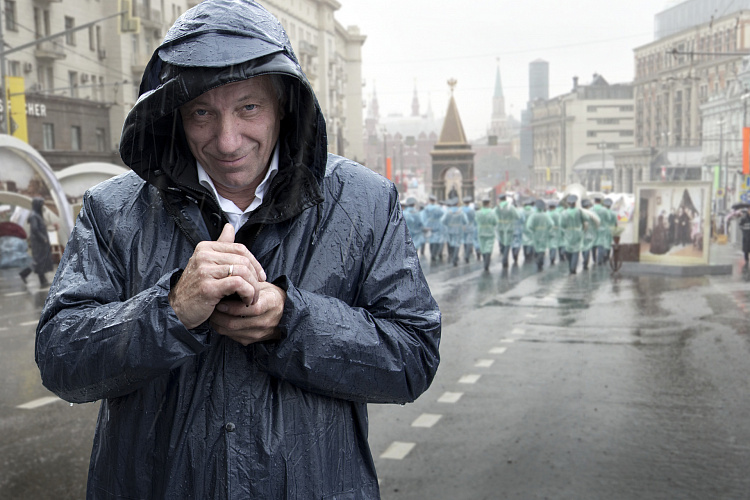 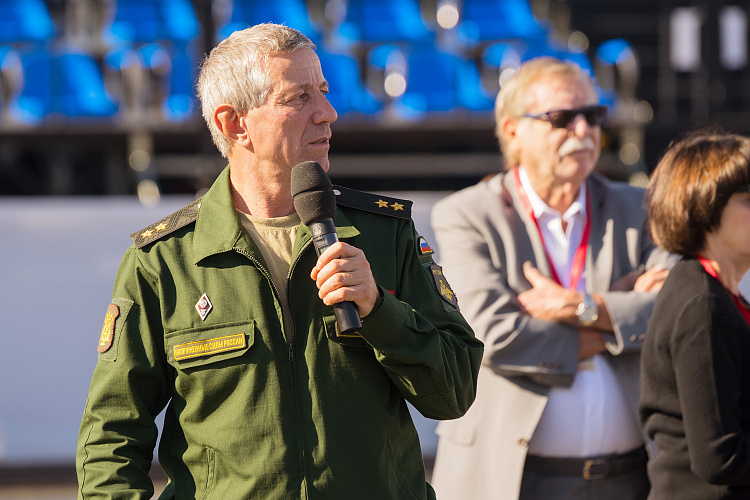 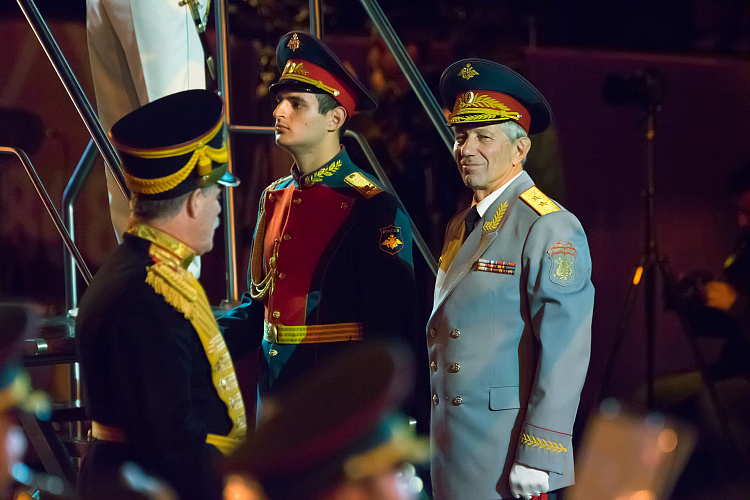 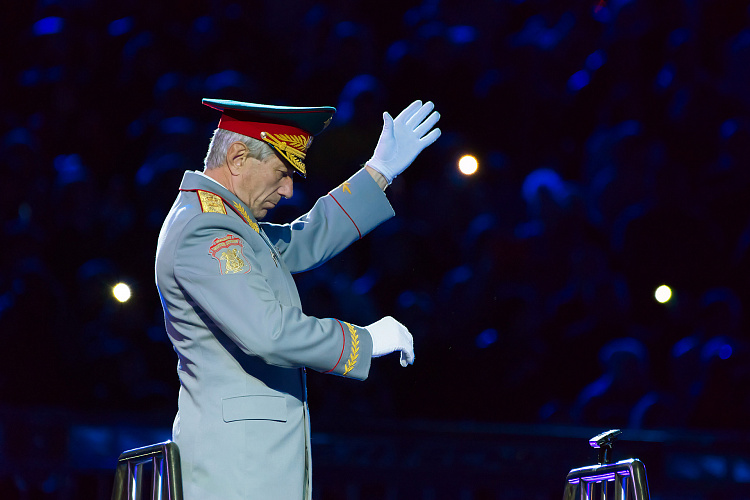 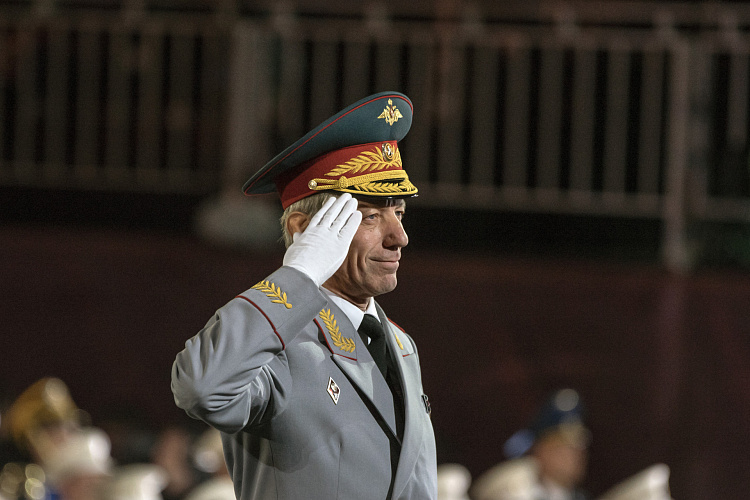 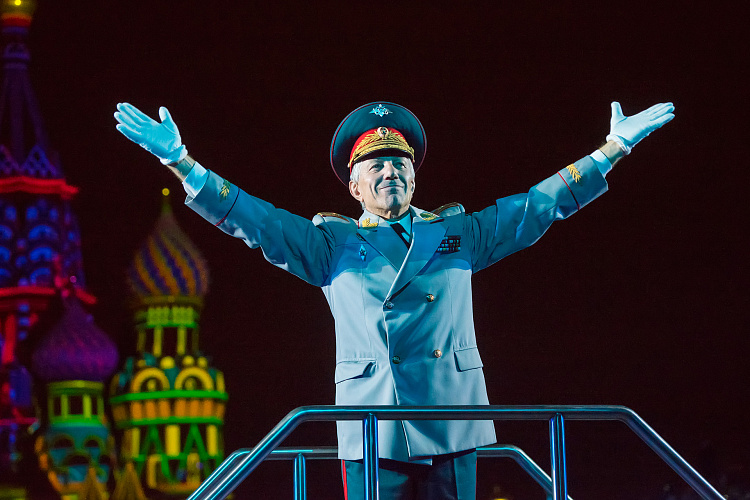 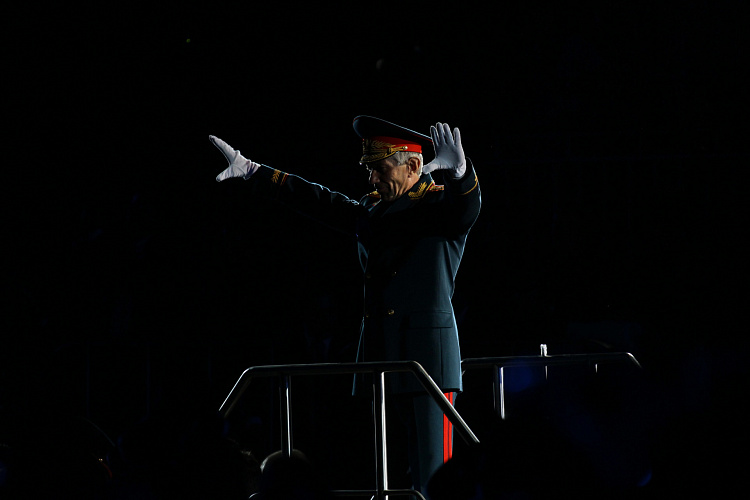 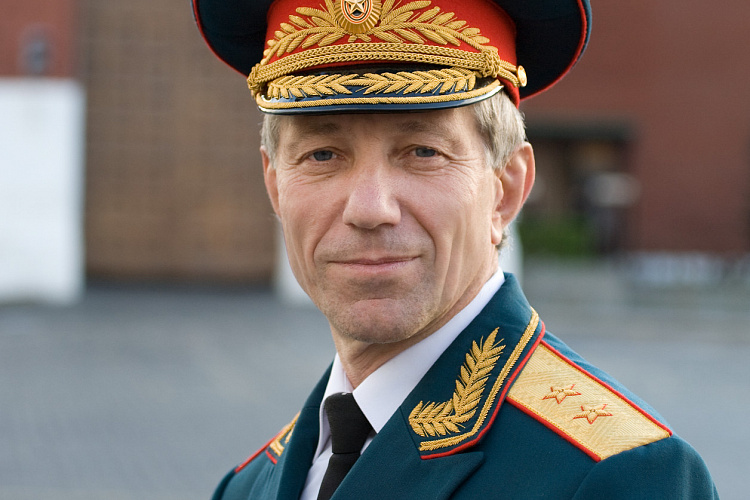 He has toured with the Central Military Band of the Ministry of Defense and Armed Forces of the leading orchestras of the Russian Federation to the most distant military garrisons of the country and abroad: Austria, Belgium, Germany, Hungary, Korea, Lebanon, Mongolia, Poland, the USA, Finland, France, Switzerland, Sweden.