Yesterday, on the 26th of August, the International Military Music Festival «Spasskaya Tower» was inaugurated. This year the Festival celebrates its 10th anniversary.

The first day was full of horse shows. Horsemen fr om the Russian State Circus, the Kremlin Riding School, the Honor Cavalry Escort by Presidential Regiment and the Chilean band Escuadra Ecuestre de Palmas de Peñaflor performed at the horse ring at the Red Square. There will be more than twenty shows of these horse bands at the Festival, wh ere more than 50 horsemen will participate.

This year horsemen of the Kremlin Riding School prepared a special program named «The Russian Traditions». The theme of the show was winning a woman’s heart. Yulia Kalinina was representing the heroine of the story riding a white horse. She has been studying riding at the Kremlin Riding School for 7 years already. After that cavalrymen unsaddled the horses and let them roll in the sand. After the bath in the sand, the horsemen started to dance, trying to attract the woman. Meanwhile she got off the horse, took a sabre and demonstrated her skills of flanking. The men replied with a gallop riding with sabres, standing at the croup of the horse, and even standing at two horses at the same time. At the end of the show they were riding three horses, forming a three-storey pyramid, crowned with flags of Russia and the Kremlin Riding School.

Festival guests will have more chances to see the horse show of the Kremlin Riding School. 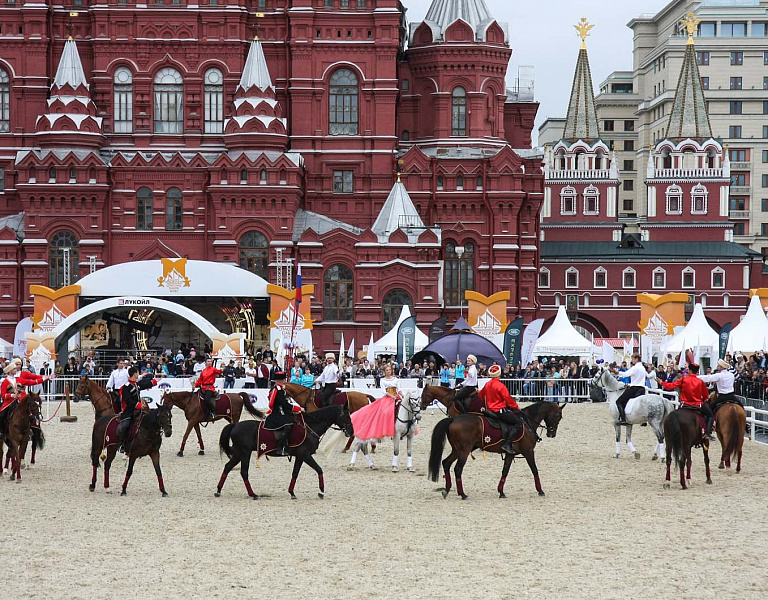 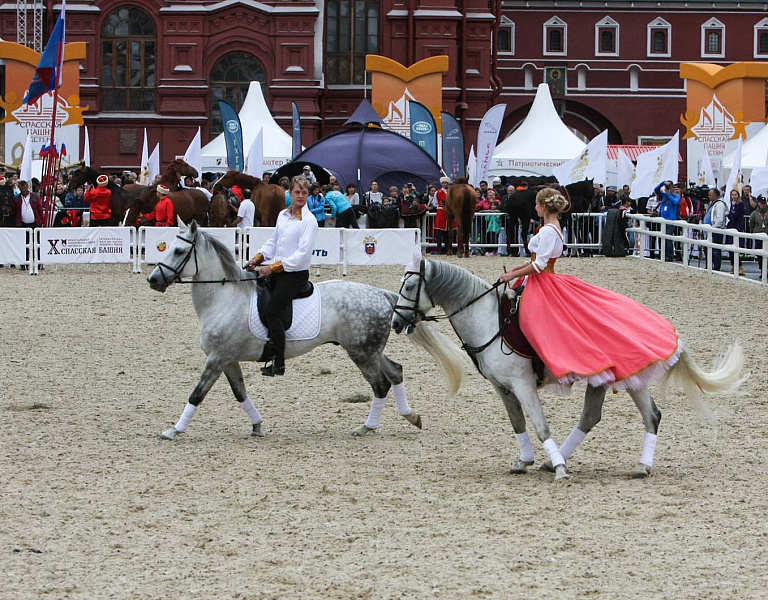 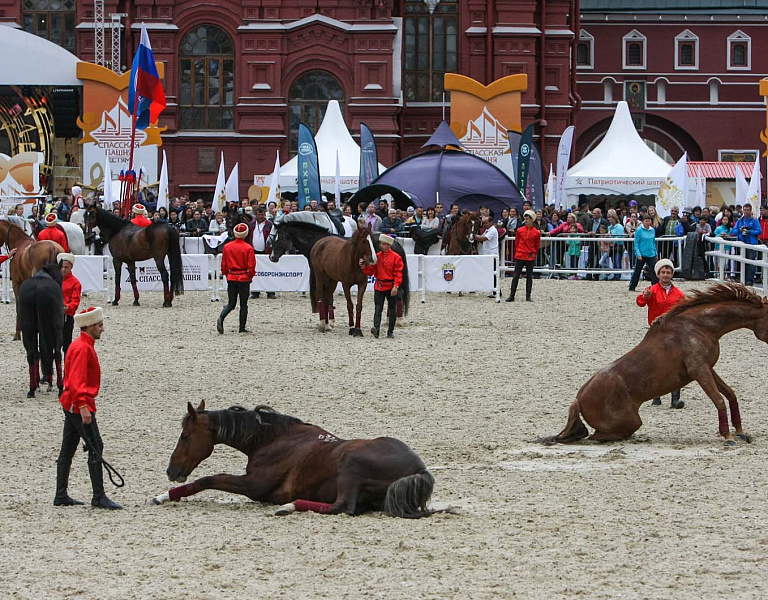 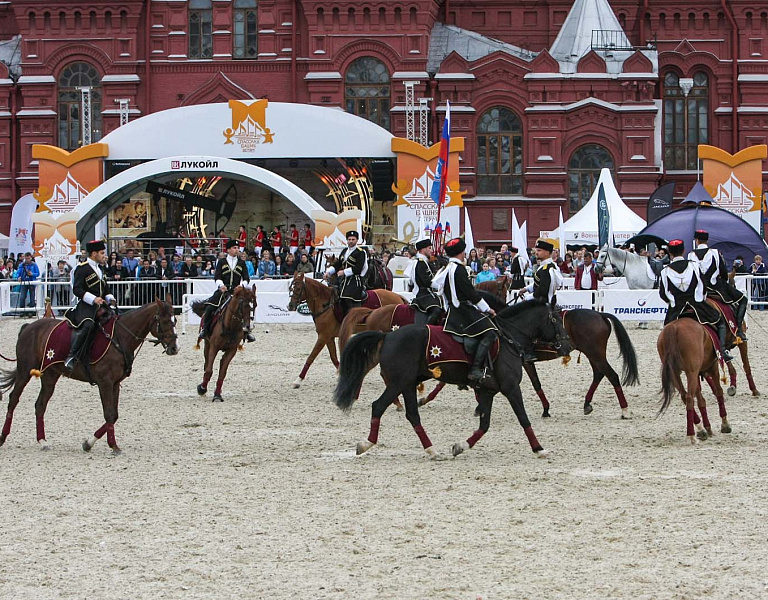 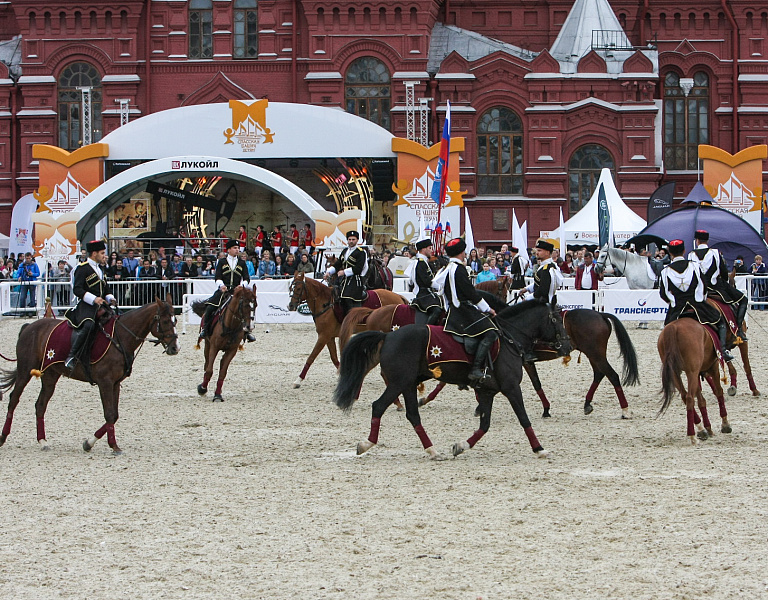 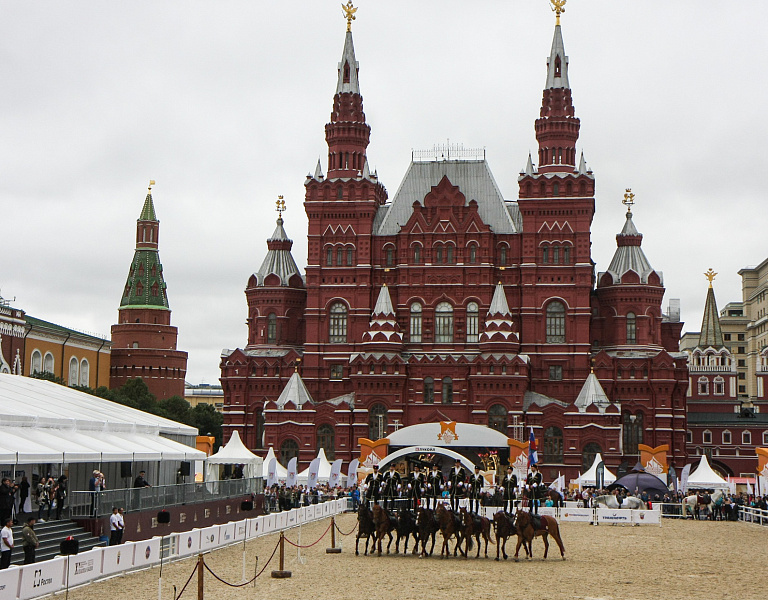 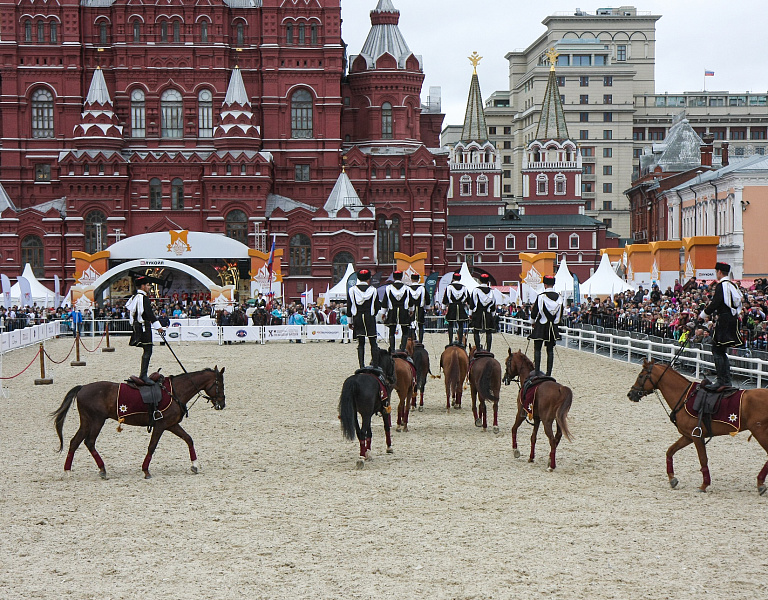 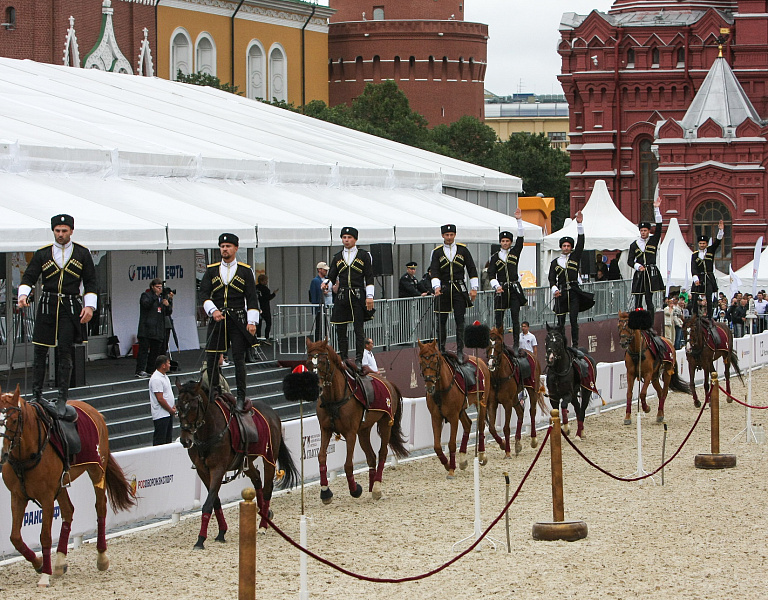 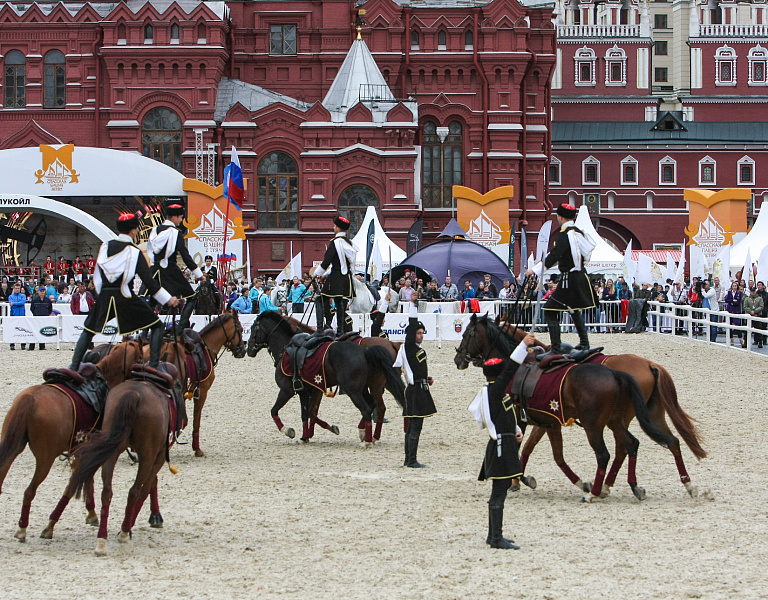 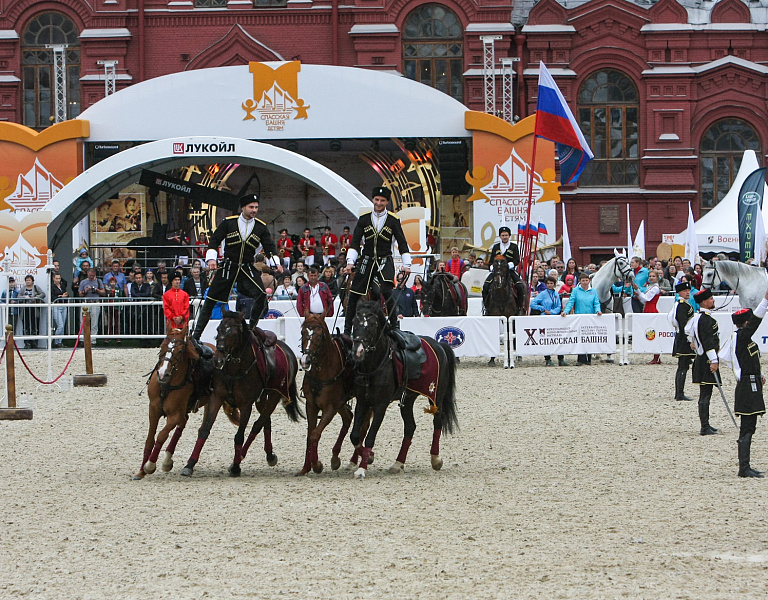 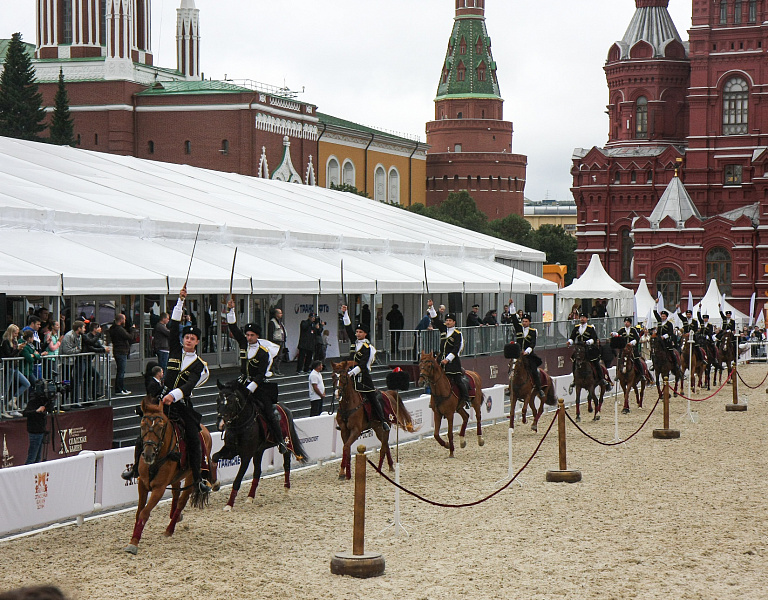 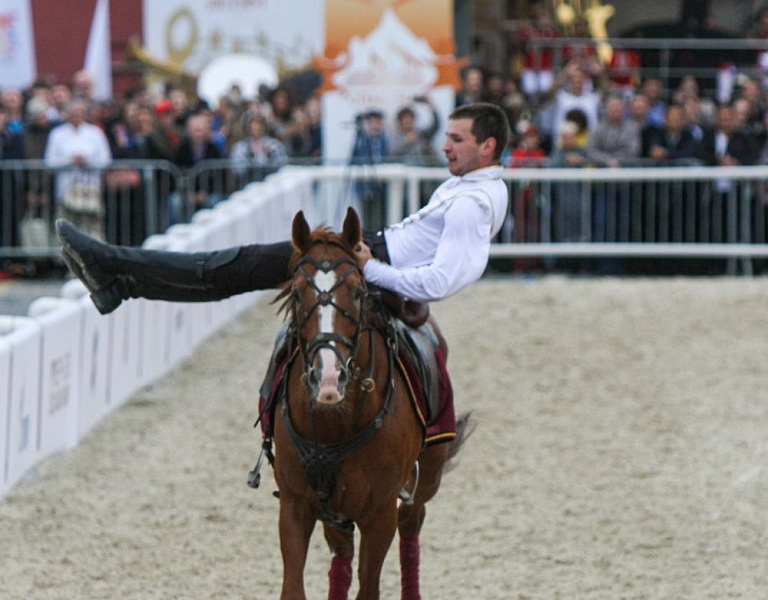 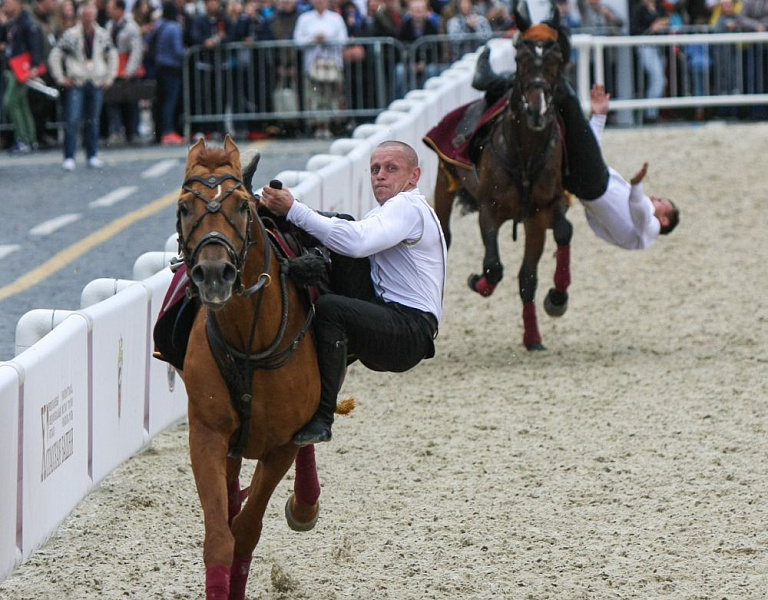 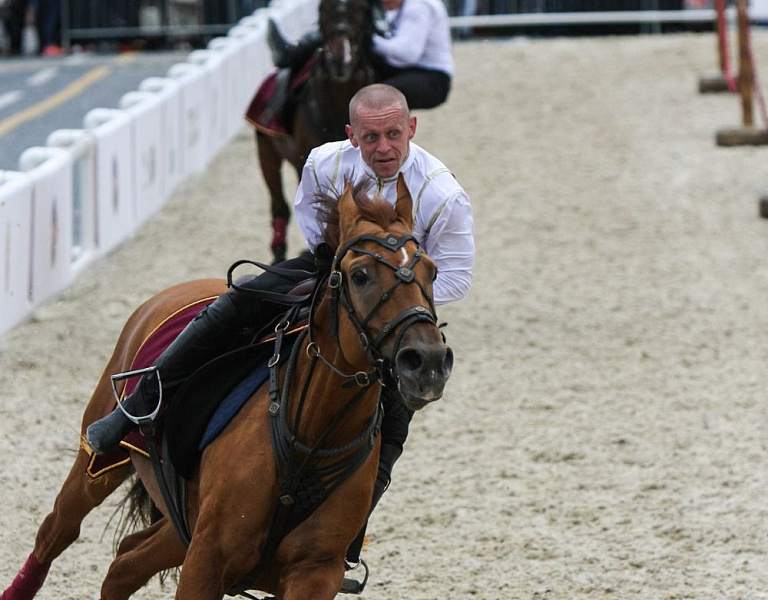 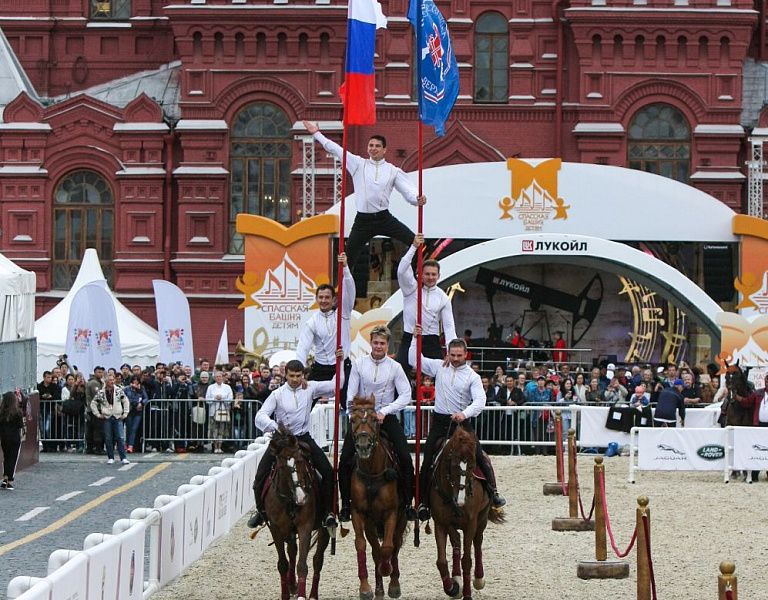