The coaches of the Horse Theater of the Kremlin Equestrian School, Aida Gadzhimirzayeva and Vadim Kolodochkin, with a team of Russian riding horses created a unique equestrian show especially for the audiences of the daytime program of the Fifteenth Spasskaya Tower International Military Music Festival. The performance is showcased on the horse-riding arena of the Center of the National Equestrian Traditions at VDNH.

The family duet of Aida Gadzhimirzayeva and Vadim Kolodochkin showcases one of the most difficult genres of circus art. They stage performances with horses on the loose. This artistic duo is ranked among the top ten equestrian teams in Russia.

As Aida Gadzhimirzayeva said, the show features nine horses. The eight of them are the main group, and one is a solo performer. “We have one of the most numerous team of horses that simultenously work on the loose. The difficulty lies in the fact that they must perform all regroupings and commands synchronously. Even if one horse goes somewhere wrong, this is a very serious failure, so we need to keep their attention all the time so that they are not distracted by anything,” explained the coach.

She also noted the uniqueness of the performance prepared for the Festivsal. “You won’t see these elements anywhere. We have two horses performing pirouettes on their hind legs simultenously, another our horse literally rope-skips. This is a unique trick that I have not seen even in Europe”, shared Aida Gadzhimirzayeva details of her performance. The theater coaches have done painstaking work with their four-legged artists, each of whom has his own temperament. It took them three years to stage such a complex perfprmance. “A huge amount of work has been done. Even our fellow colleagues, professional riders, are amazed by the performances of our theater. They are constantly recording our performances and never stop being surprised,” said Vadim Kolodochkin.

The coaches also admitted that they were honored to become a part of the Spasskaya Tower Festival, and that the Center of National Equestrian Traditions had become the daytime venue of the Festival. “We are honored to take part in such prestigious event as the Spasskaya Tower Festival. And it’s great to host this year’s Festival daytime program here, at the Center of National Equestrian Traditions at VDNH”, said Aida Gadzhimirzayeva and Vadim Kolodochkin.

The Festival is carried out following the Order of the Russian President Vladimir Putin, under the aegis of the Public Council headed by Mr. Alexander Zhukov, First Deputy Chairman of the State Duma of the Federal Assembly of the Russian Federation, with the support of the Russian Ministry of Defense and the Moscow Department of Culture. 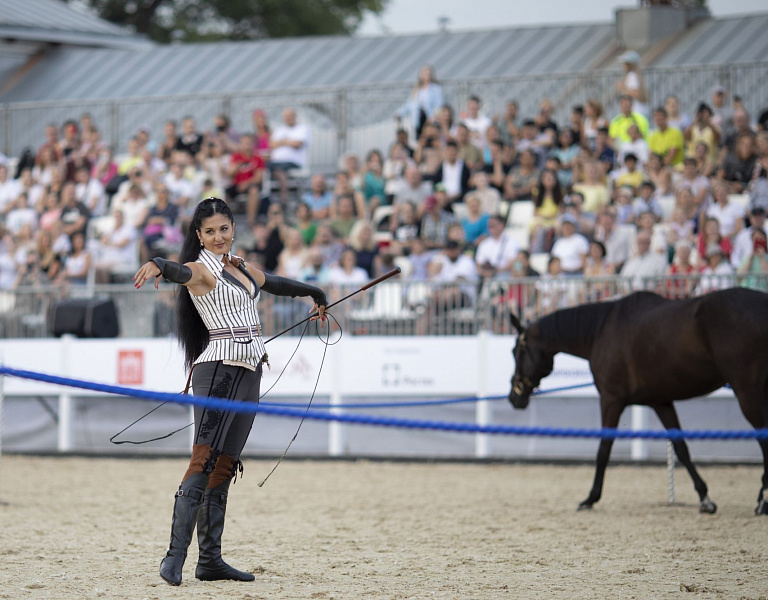 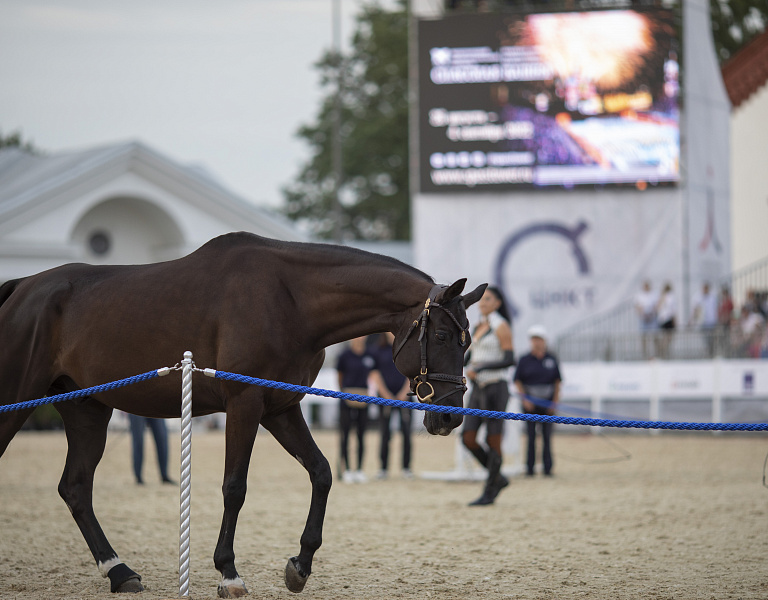 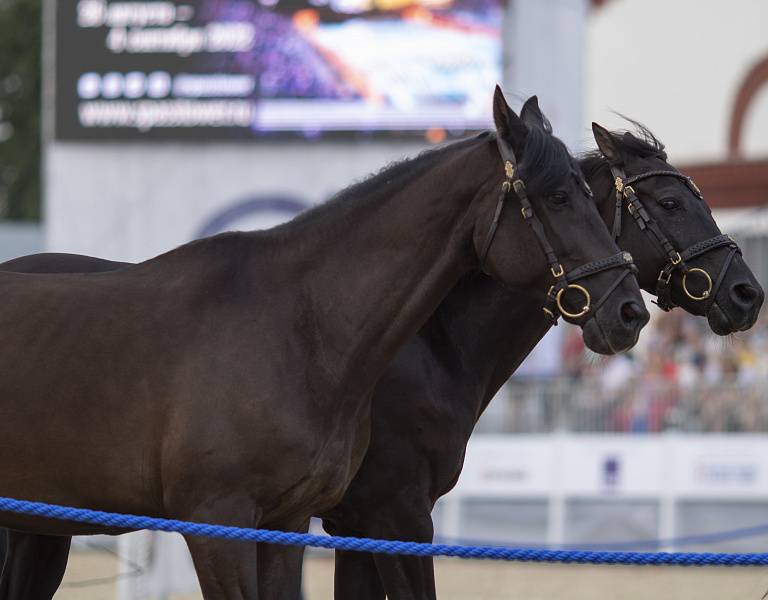 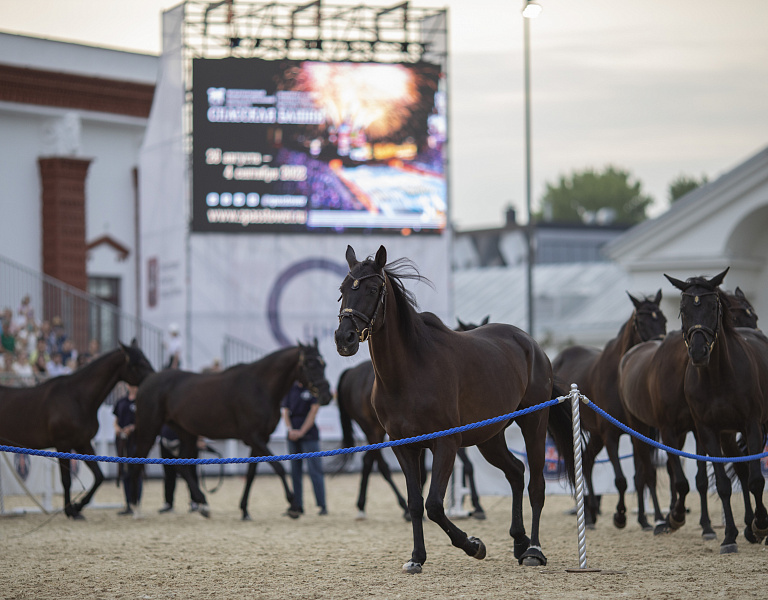 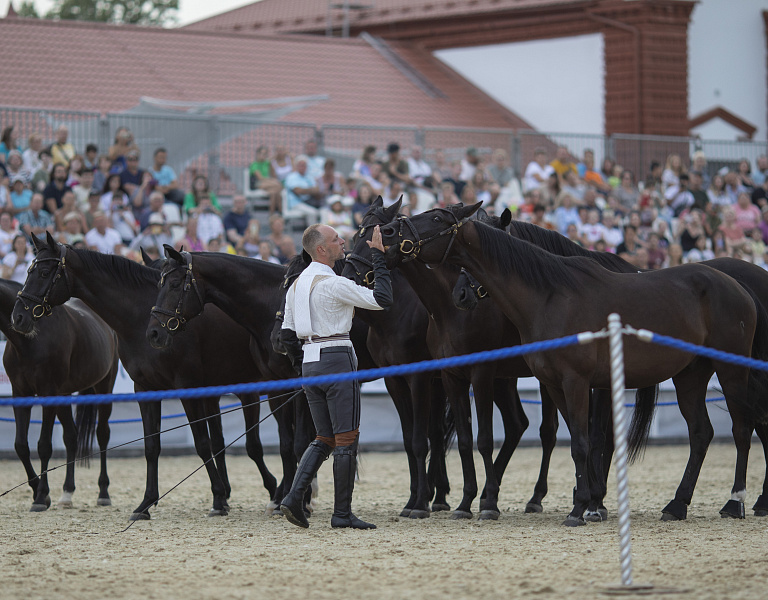 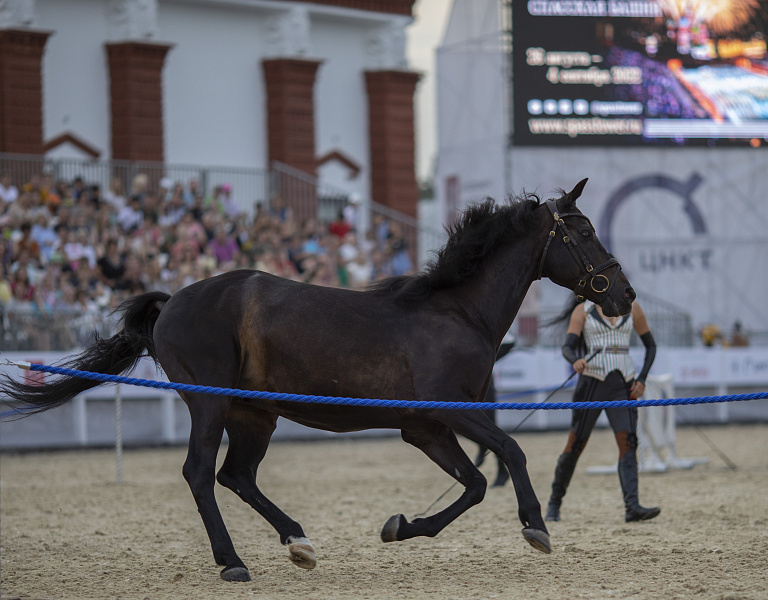 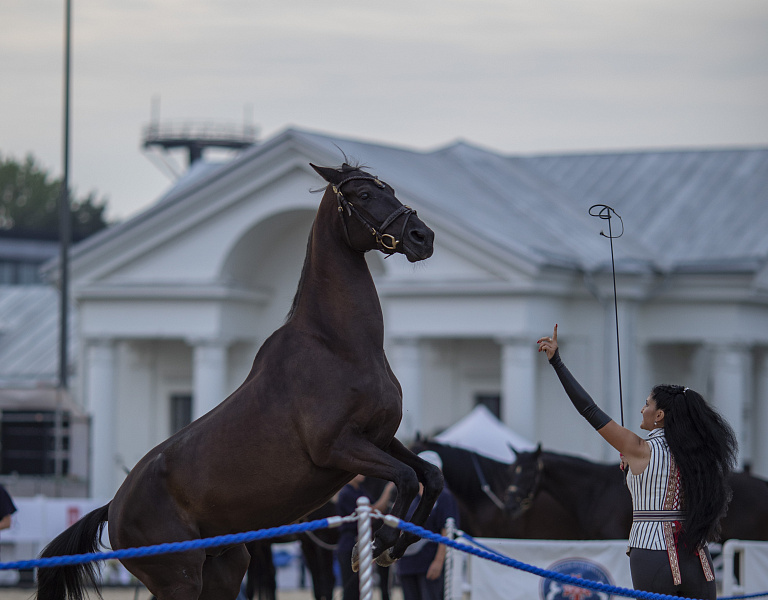 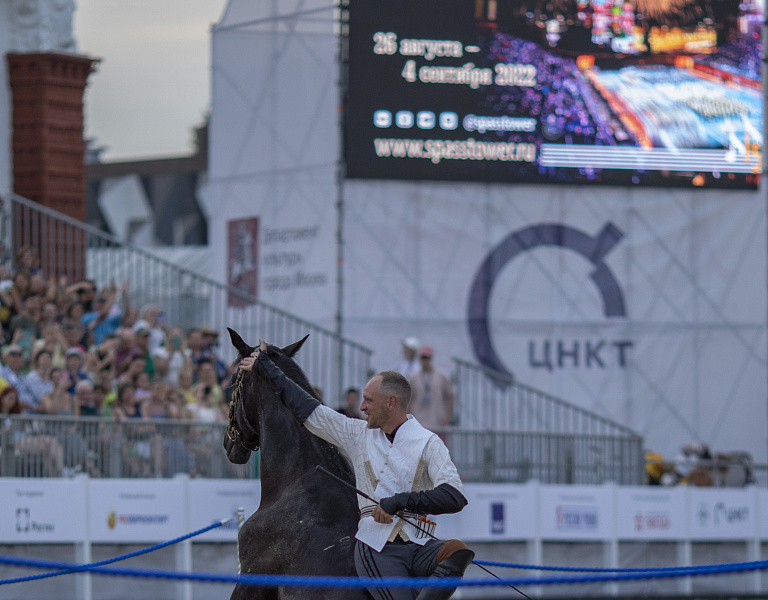 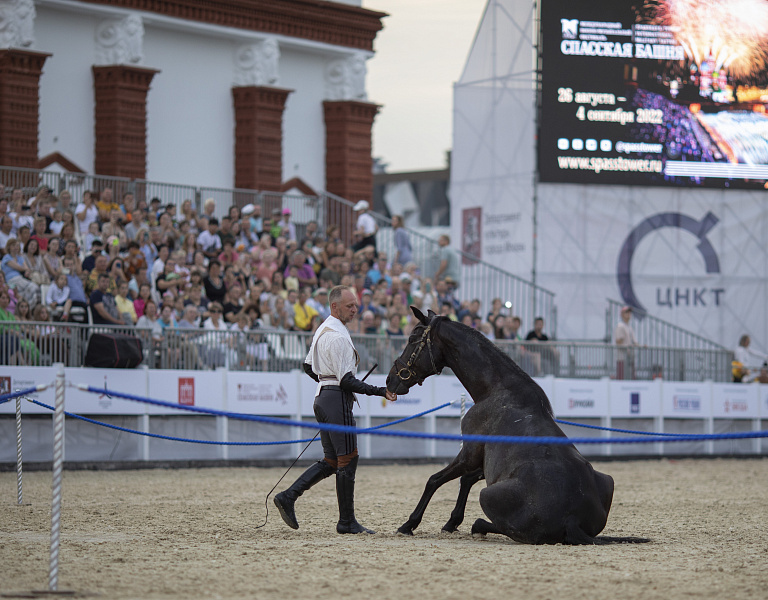 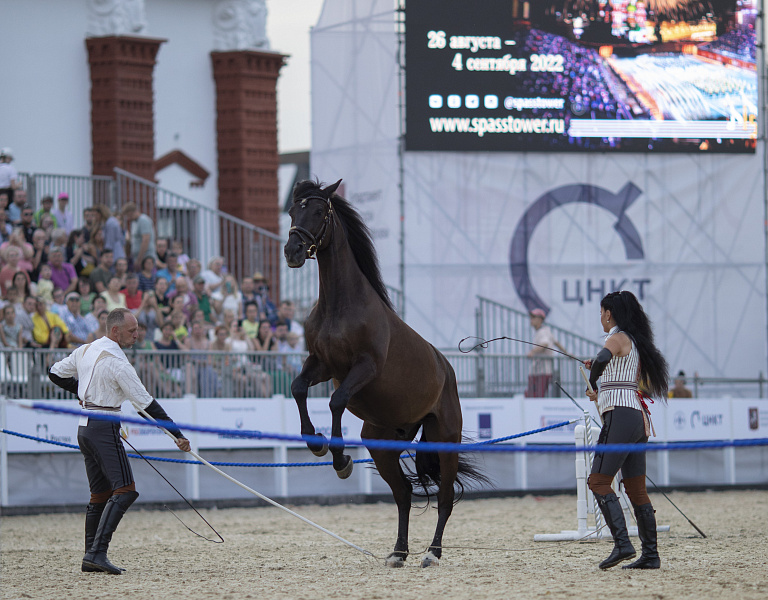 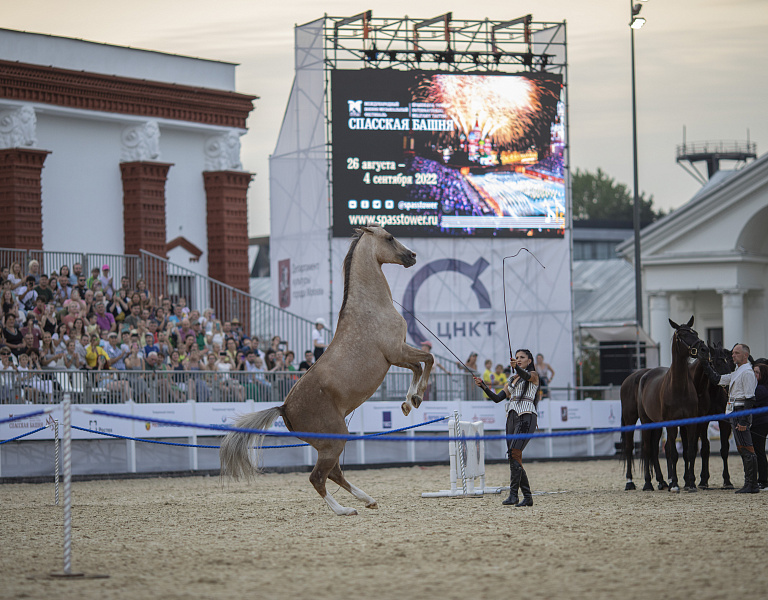 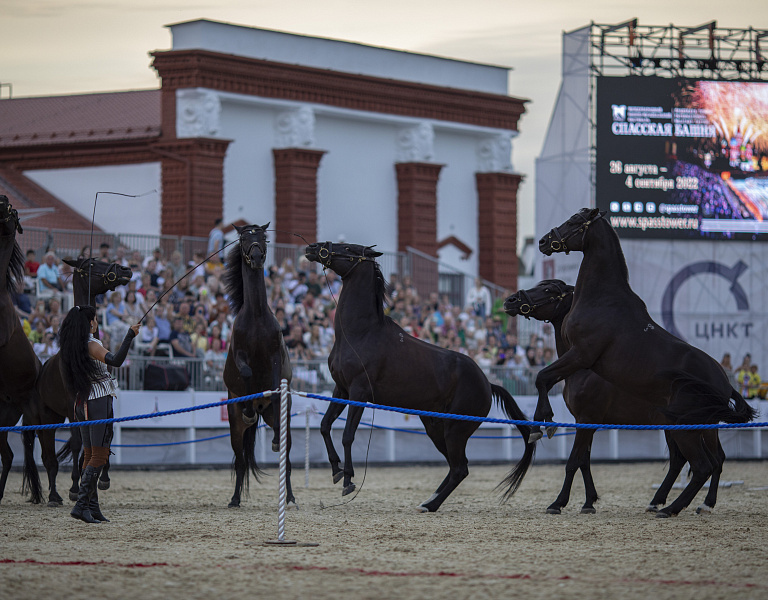 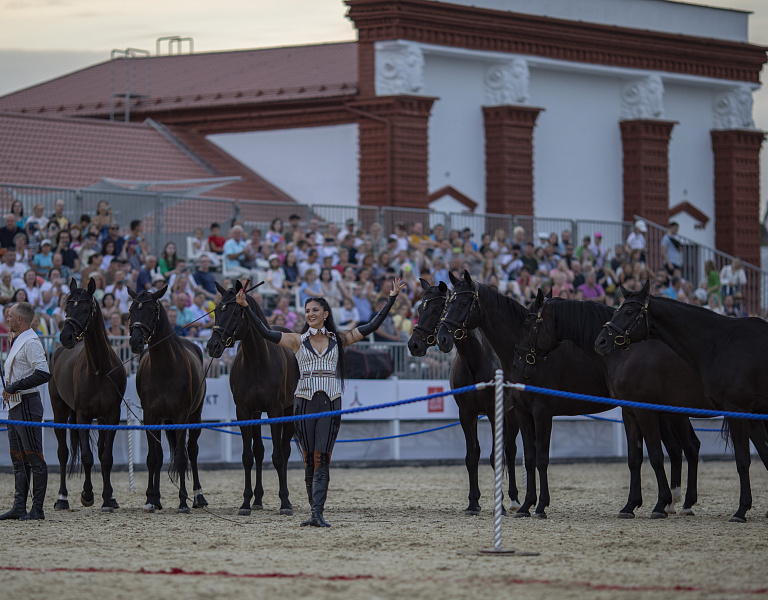