For the first time in it history the Spasskaya Tower Festival is welcoming two Korean ensembles representing both the DPR of Korea and the Korean Republic – the Military Band of the Korean People’s Army and Hannuri YeonhuiTraditional Performing Arts Company, respectively.

Before the start of the evening show Anita Tsoi, special guest of the Festival, popular Russian singer and Honored Artist of Russia, said that Red Square was hosting a unique event for all the Korean people.

Compositions belonging to the specific style of the patriotic song called taejung kayo occupy an important place in the repertoire of the Military Band of the Korean People’s Army of the DPR of Korea. They express the invincible spirit and might of the Korean People’s Army. The best music pieces musicians have brought to Moscow. Thus, marching along Red Square the band performs two compositions - Let us Uphold our Supreme Commander with Armsand Ode to General Kim Jong Un Revolutionary Song. Then, the stage is taken by a female dance team. To the sounds of theJuly 27 Victory Marchseven dancers perform a traditional sword dance that may be seen at all the military parades held in the country. The trio of vocalists is carrying on with the patriotic theme performing Our National Flag song.

Meanwhile, HANNURI Yeonhui Team of Korean National University of Arts from the Republic of Korea choose to perform in a completely different way following the folklore line. Their performance on Red Square is literally spinning round. Sounds of drums, pipes and cymbals start filling Red Square. Dressed in traditional old-times costumes, artists burst into the cobblestones like four nature elements imbue our lives. United by a beautiful and remarkable dancing, musicians spin round, perform intricate elements and difficult acrobatic tricks. When watching from the stands, the smooth movements of the artists look like strokes of a painter. Only instead of pencils they use their unusual headwear topped with white long ribbons. Ribbons flow in the air following the spinning movements of the artists’ head forming a beautiful pattern.

The grand finale of the fourth Spasskaya Tower Festival evening show also featured popular Russian singer Anita Tsoi. Appearing on the cobblestones of Red Square in a Genesis car, the official car of the Festival, she performed national Korean hymn wishing everyone good and friendly relations.

“Performing on Red Square is always a great responsibility”, said Anita Tsoi. “Today I sang not just a hymn, but a national song that all the Koreans sing anytime and anywhere”, she added.

As usual, the wonderful fireworks closed off the evening show on Red Square. 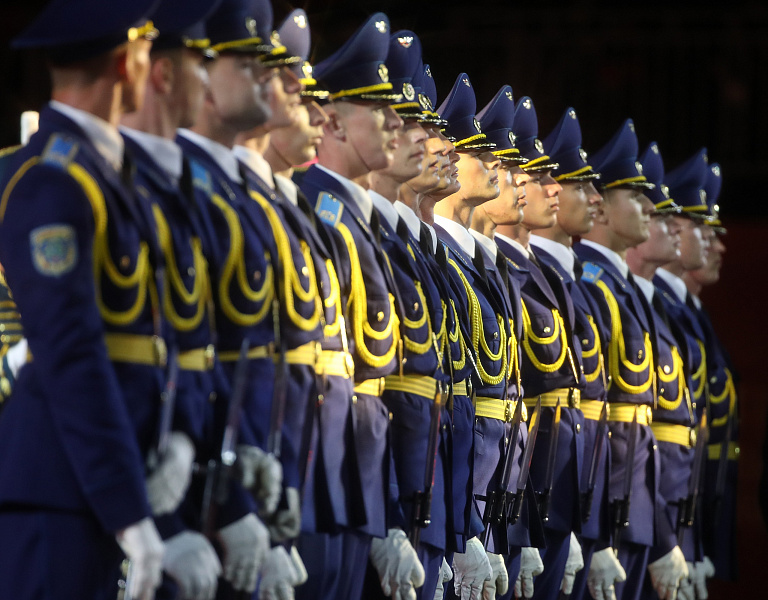 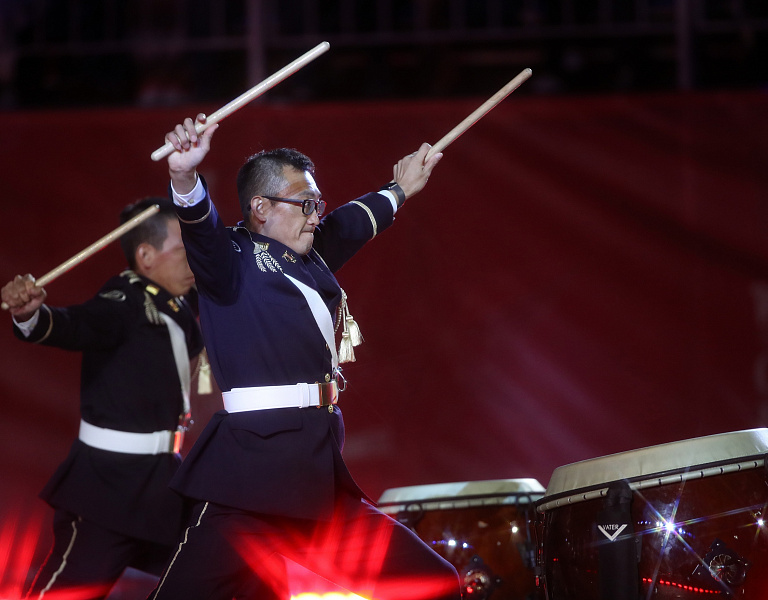 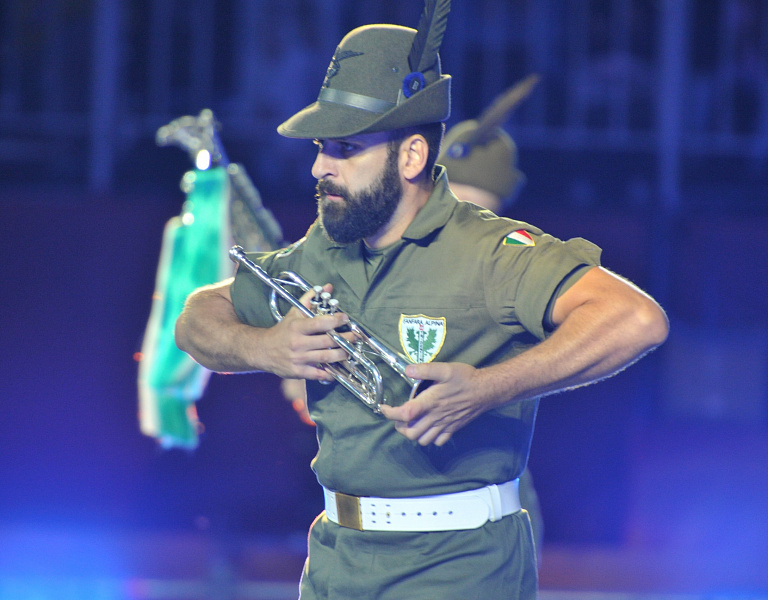 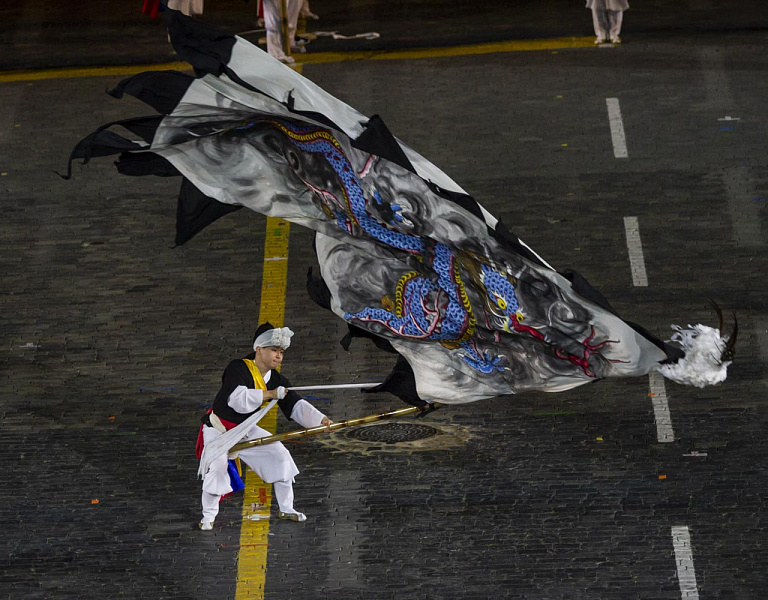 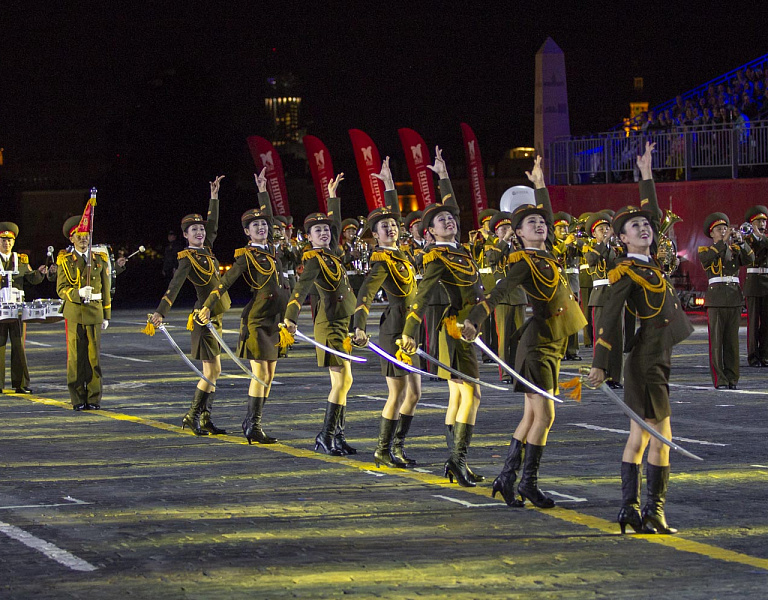 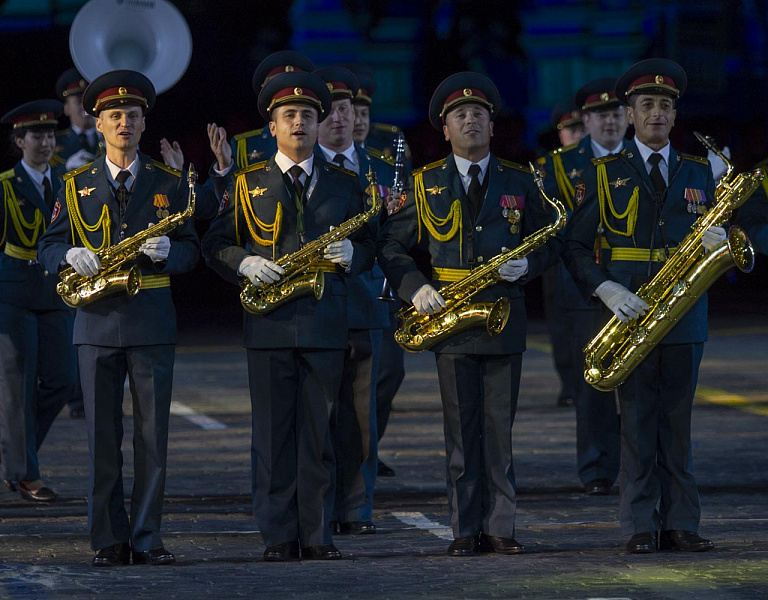 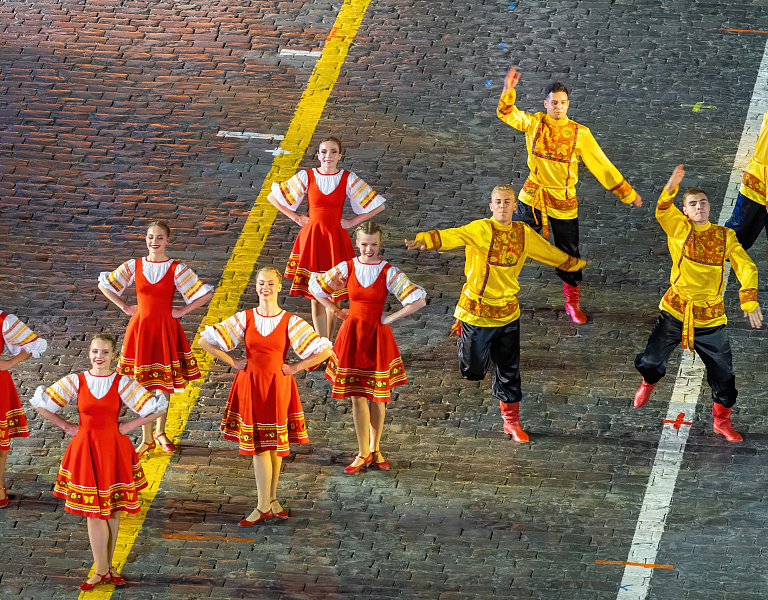 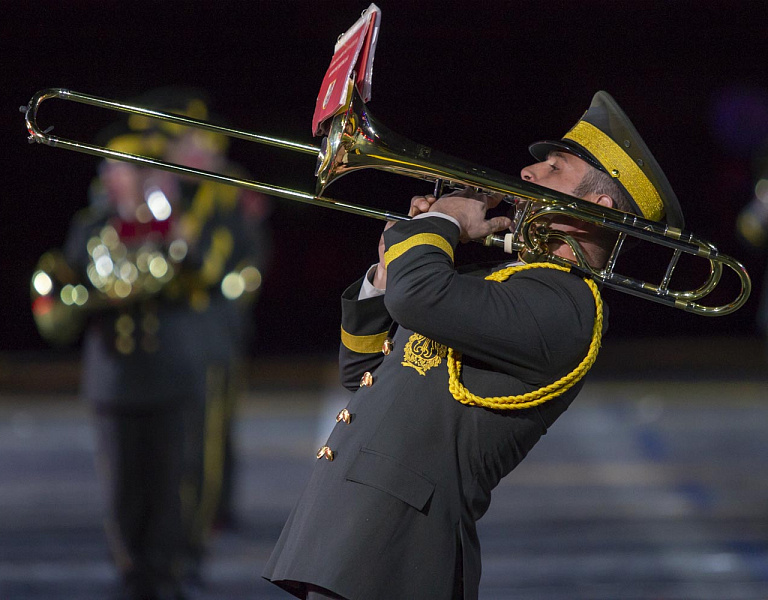 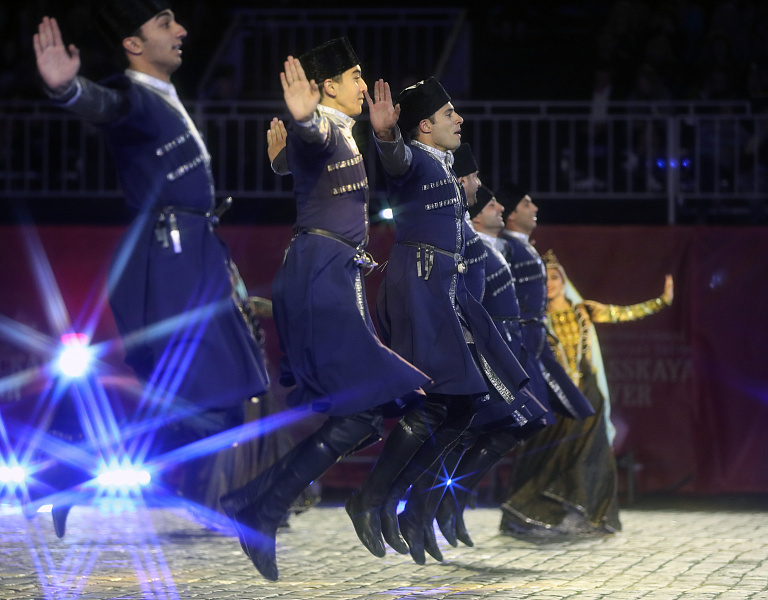 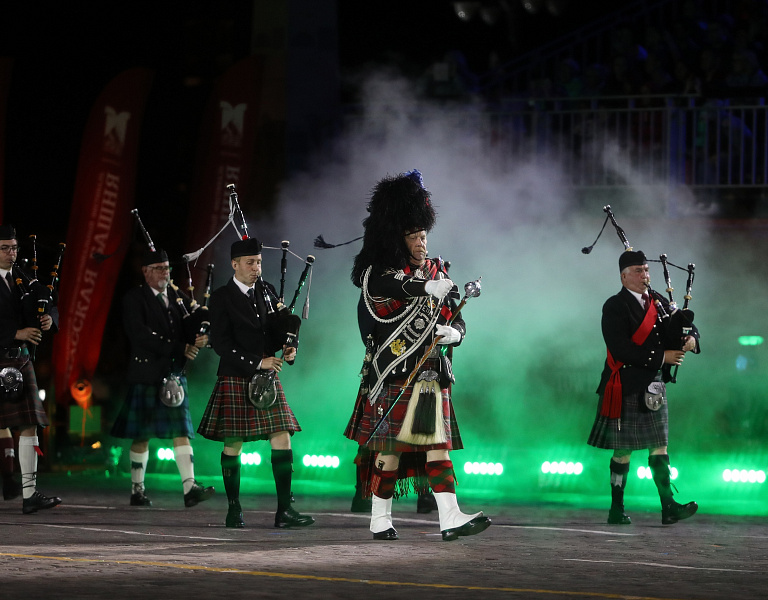