Horses and Music: Wind Band of the Tuva Government Republic Made their Debut on the Festival’s Horse Riding Arena

Today, August 26, the mysterious atmosphere of the Tuva shamanistic rituals covered the horse riding arena of the Spasskaya Tower Festival on Red Square. For their debut show the Wind Band of the Tuva Government Republic have brought to Moscow a unique indigenous show full of enigma and mystery. Audiences of the Spasskaya Tower Festival are not easily blown away by the participants’ unusual performing techniques. But our guests from Tuva have gone even further and formed an equestrian artistic ensemble that has no peer in Russia.

To acquaint the audiences of the Spasskaya Tower Festival with the Tuva music traditions, musicians have prepared a special program including three main parts. The first part features a horse defile with riders performing on brass instruments and dancers dressed in traditional Tuva costumes. Then the leading singer of the band demonstrated the art of harmonic singing and performance on the traditional string instruments. Finally, the artists of Tuva showed an excerpt fromTsam, a traditional Buddhist mystery.

Dulush Artur Dyrtyk-oolovich, Director of the Band, told that though being among the debutants of the Spasskaya Tower Festival, the band has already performed in Moscow and the Moscow region. Thus, in 2017 they won the gran-prix of the festival held in honor of Valery Khalilov in Istra.

The Equestrian Band of the Tuva Government Republic will stage another two performances on the horse riding arena on August 27 and 28. 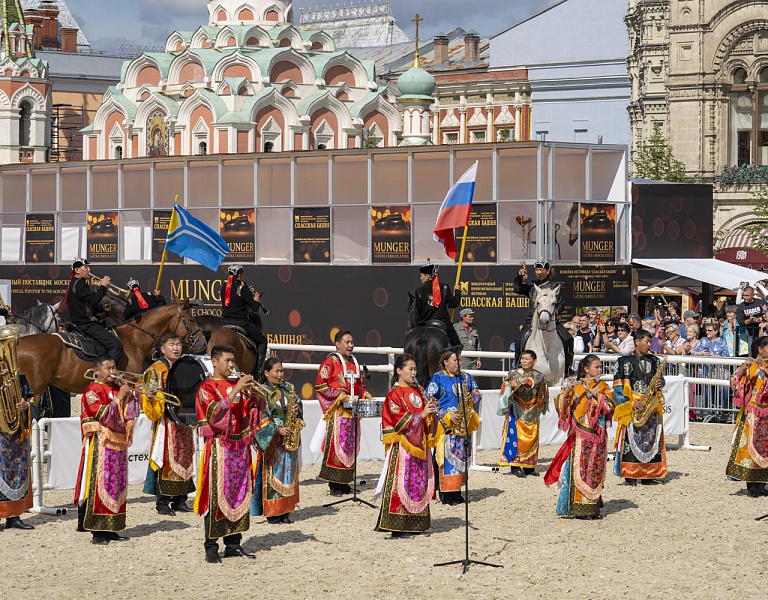 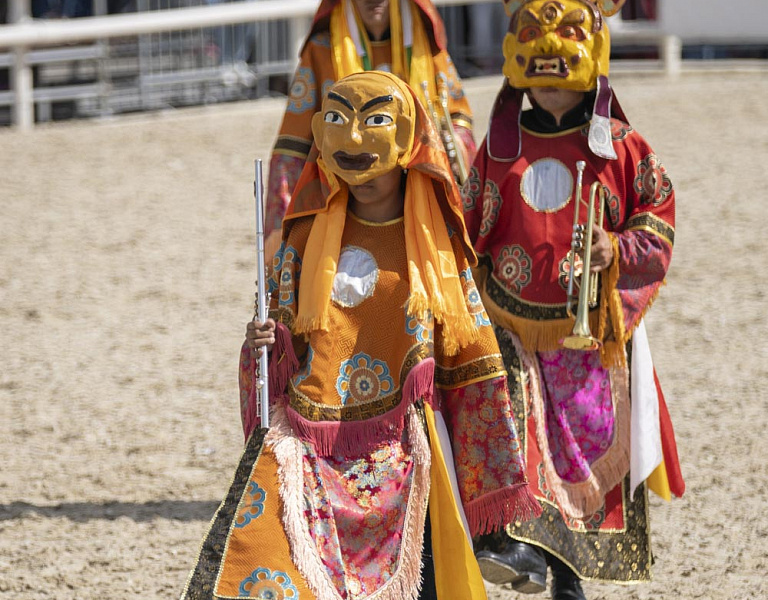 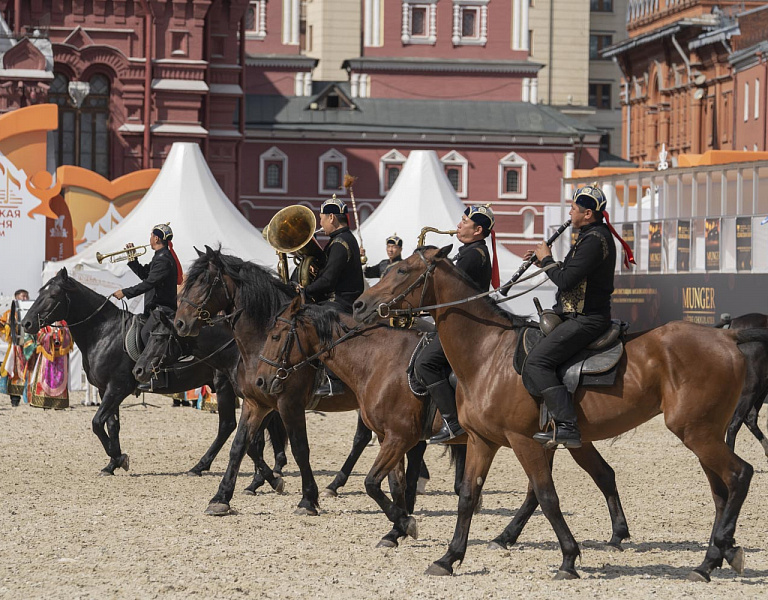 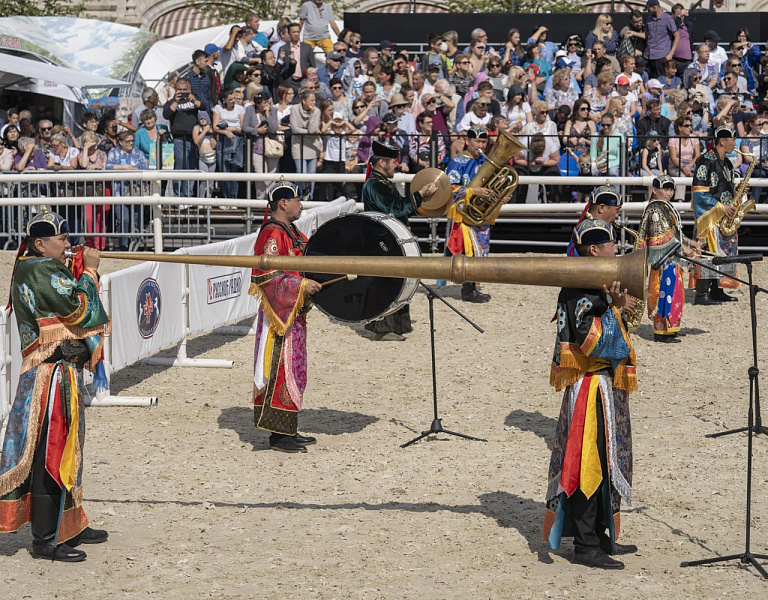 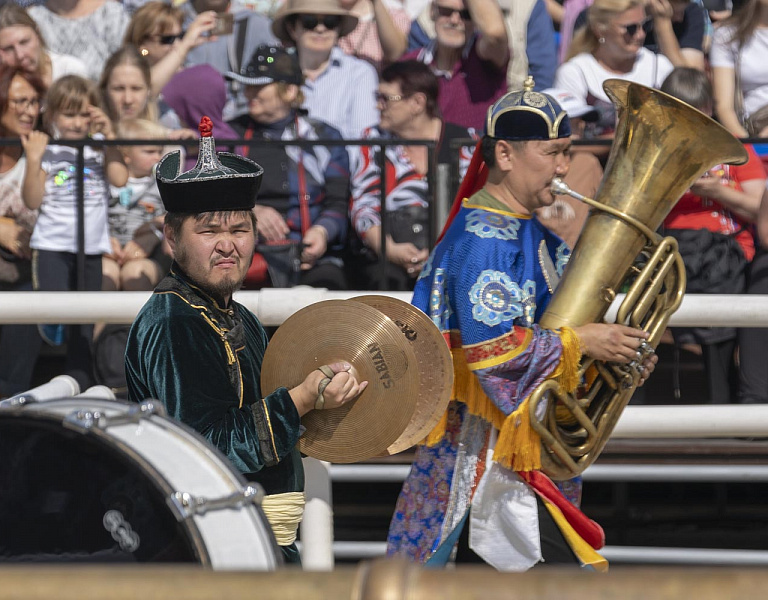 Next The Horse Riding Arena of the Spasskaya Tower Festival Made its Debut within the Festival’s Charity Program
Previous Four Days of Music, Youth and Talent