The ceremony took place at the Gnesins Russian Academy of Music and featured maestro’s family, friends, former students and colleagues. It’s worth noting thatinitiallythe event wasn’t included in the official agenda of the Festival andthe idealiterally emerged on the spotwhen members of the International Celtic Massed Pipes and Drums wished to honor the memory of the great Russian artist and founder of the Spasskaya Tower Military Tattoo. They were also joined by the Military Band of the People’s Army of the DPR of Korea and the Band of the Tuva Republic Government.

David Johnston, Chief piper and founder of the International Celtic Massed Pipes and Drums, was Valery Khalilov’s good friend. After maestro’s tragic death in a plane crash above the Bkack Sea, he wrote a special music piece in his honor. He performed it today at the ceremony.

“No one except for Valery Khalilov has a traditional Scottish pipe music pieces written in his honor”, noted David Johnston adding that while performing he could literally feel the presence of his friend whose name was written in the world’s music history forever.

Valery Khalilov used to say that music had no limits and it was the best means for uniting countries and nations. And he was absolutely right.

To the sounds of Vasily Agapkin’s Farewell of Slavianka march performed by the Military Band of the People’s Army of the DPR of Korea and the Band of the Tuva Republic Government participants of the ceremony released dozens of red, blue and white balloons representing the flag colours of the Russian Federation, country to which Lieutenant General Valery Khalilov dedicated all his life. 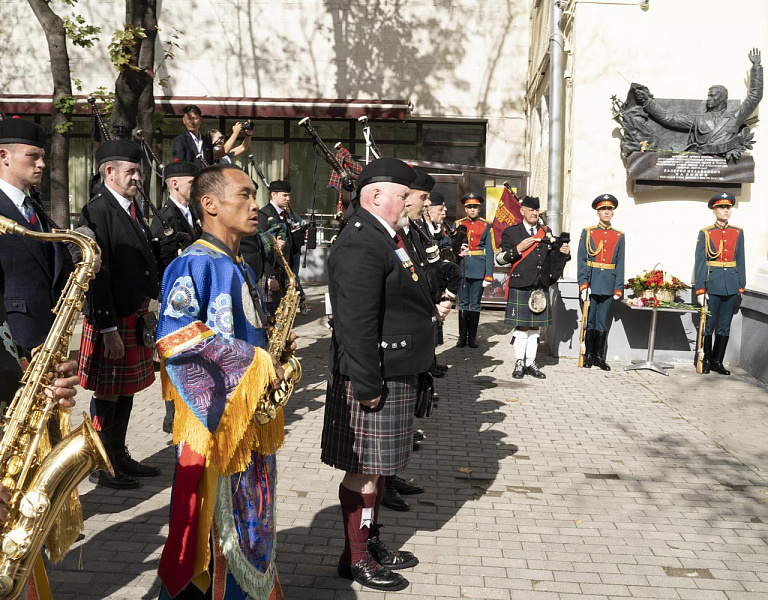 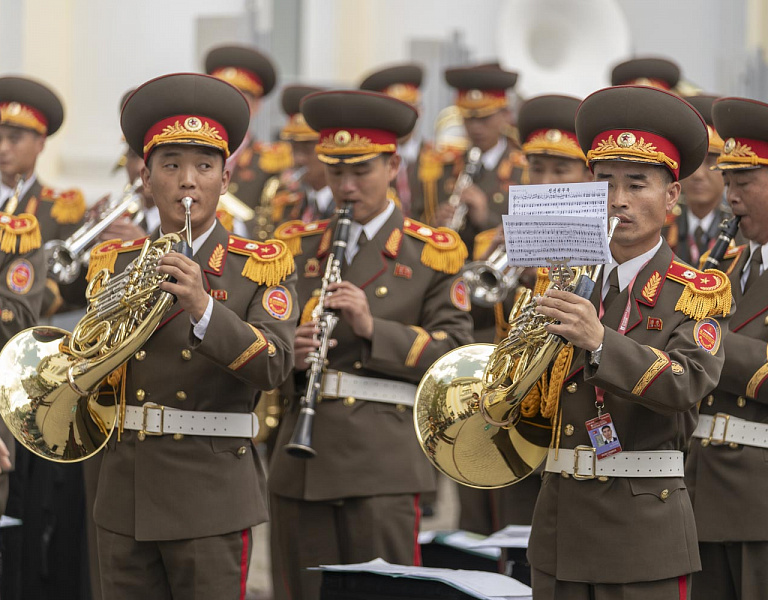 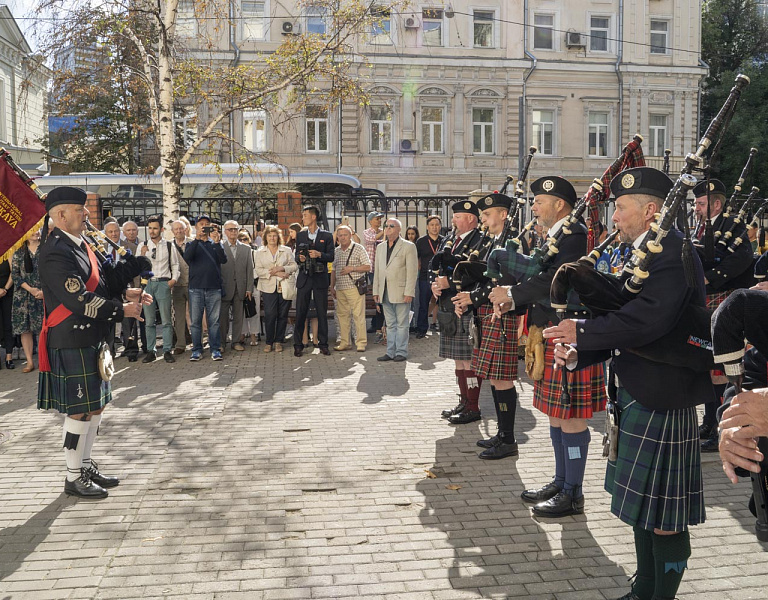 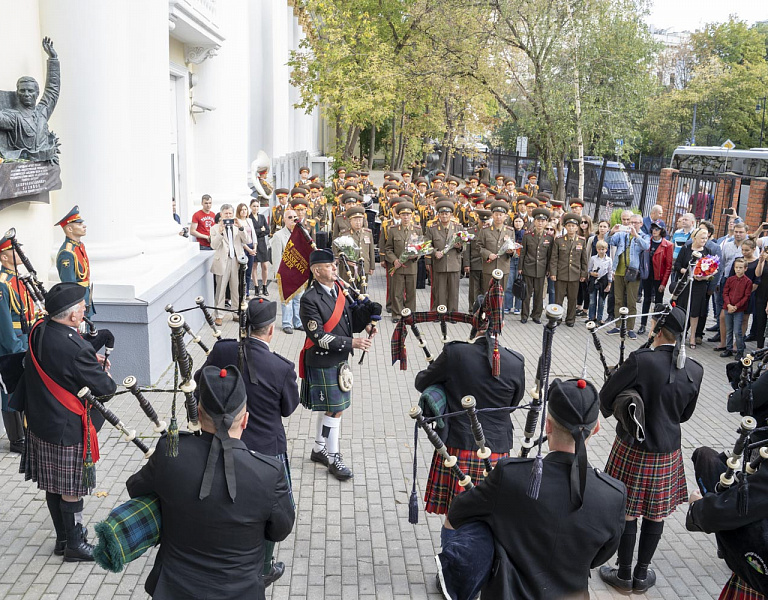