On October 19, the 2019 season’s final Ceremonial Mounting Parade of the Horse and Foot Guard of the Presidential Regiment took place at the Cathedral Square of Moscow.

The ceremony saw appearances by the President’s Band, Honor Guard and Cavalry Escort of the Presidential Regiment, all making part of the Moscow Kremlin Commandant’s Service of the Federal Guard Service of the Russian Federation. They all are permanent participants of the Spasskaya Tower International Military Tattoo, while their performances are true showstoppers of the night and daytime programs of the Festival.

Held within the Kremlin walls, the ceremonial horse and foot guard mounting is considered one of the most spectacular military ceremonies bringing together various epochs of the Russian Armed Forces and showcasing the continuity of the Russian glorious military traditions.

Established in autumn 2004, the today’s ceremonial order was recreated to reflect the traditions encompassing the most sophisticated military rituals such as, demonstration of arm drills and elements of horse carousel accompanied by performance of a wind band.

The ceremonial program of the 2019 season retained all its traditional elements, featuring dynamic regrouping with demonstration of different patterns, special arm drills and the iconic ceremonial step of the Honor Guard. High level of synchronization and preciseness is essential for a smooth performance.

Every year military personnel taking part in the ceremony seek to amuse the audience with a thoroughly elaborated program and demonstration of new elements that add movement and vibrancy to the whole show.

It’s worth noticing that three quarters of the current foot guard personnel are young men drafted this autumn from 26 regions of Russia and now serving in the Honor Guard of the Presidential Regiment.

The Cavalry Escort of the Presidential Regiment does not leg behind demonstrating very sophisticated and extremely difficult elements of the horse mounting. They also perform arm drills with bladed weapons.

Finally, the President’s Band is responsible for the music atmosphere on the square.

Over the past few years the Ceremonial Mounting Parade of the Horse and Foot Guard of the Presidential Regiment has become a true signature of Moscow’s Kremlin attracting thousands of Muscovites and guests of the capital to the Cathedral Square to see this breathtaking show.

The ceremony is held at the Cathedral Square of Moscow’s Kremlin on Saturdays at 12.00 from May to September.

Admission is carried by tickets for visiting the architectural ensemble of the Moscow Kremlin.

Thus, the 2019 season saw 25 ceremonial mounting parades of the Horse and Foot Guard of the Presidential Regiment held on the Kremlin’s Cathedral Square, 5 ceremonies taking place onstage of other city venues, and 11 performances staged within the 2019 Spasskaya Tower International Military Music Festival programs. 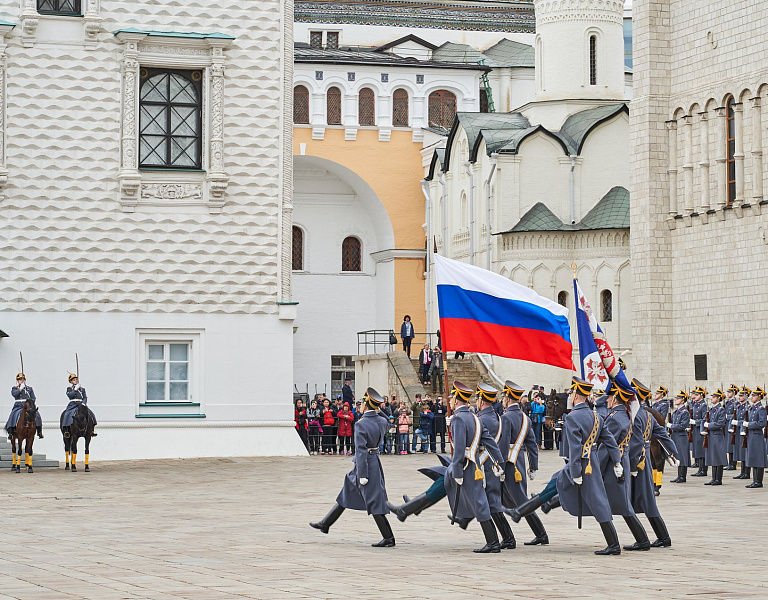 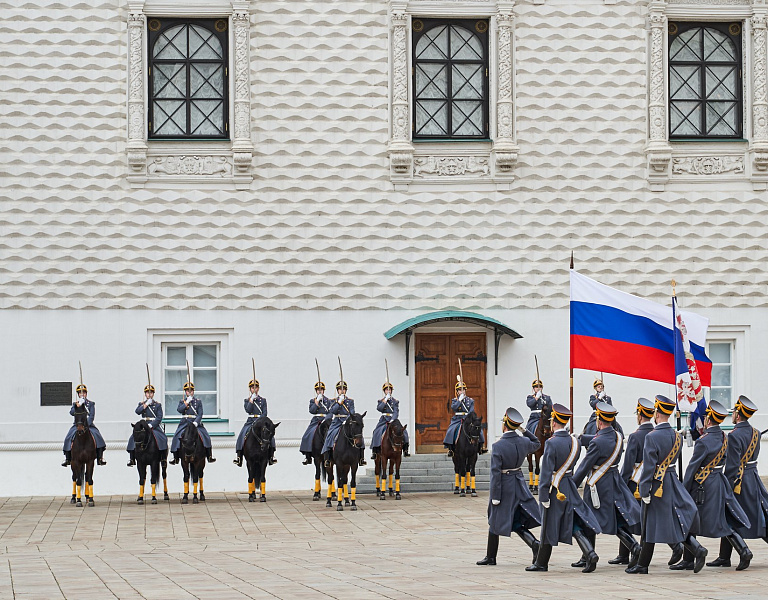 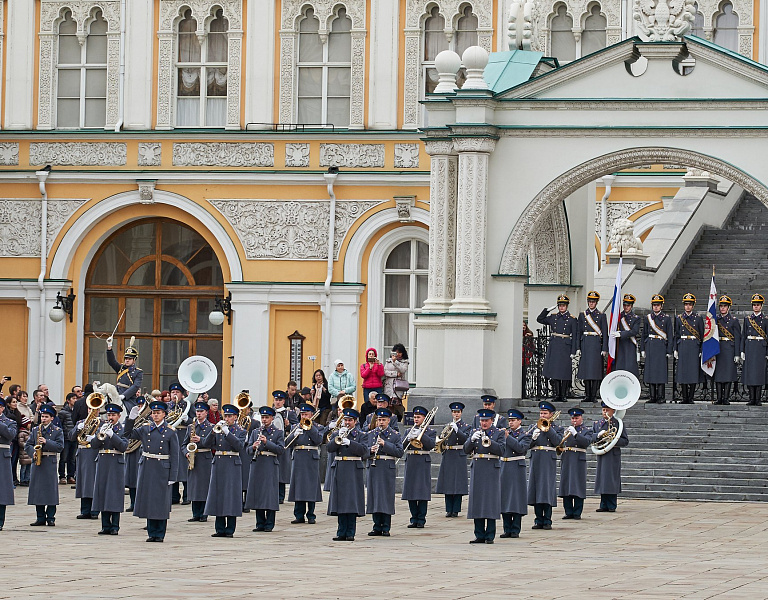 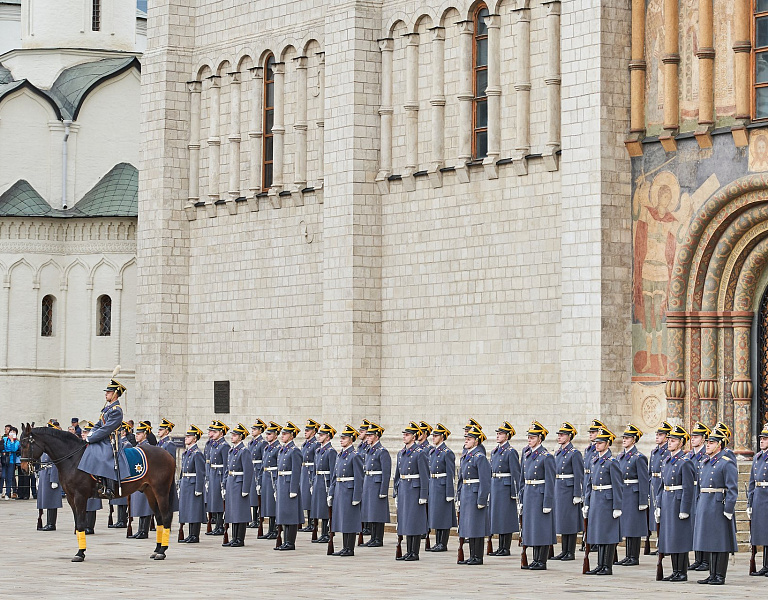 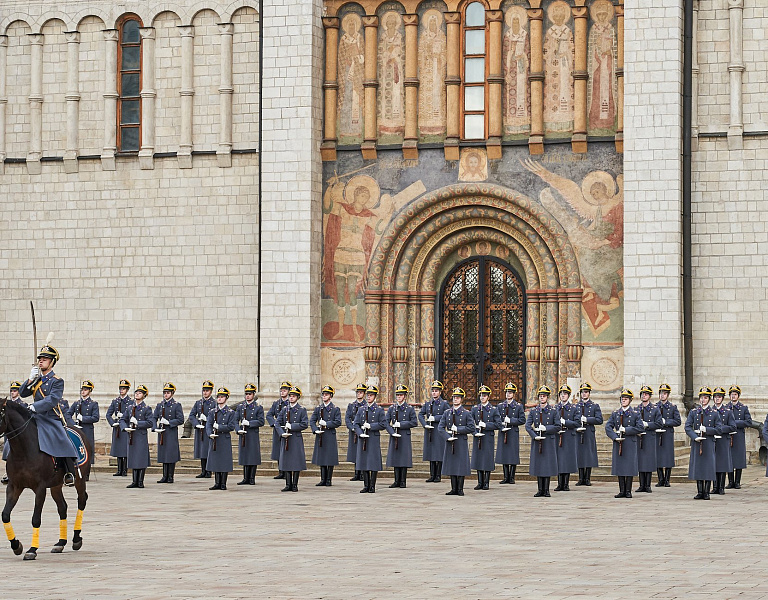 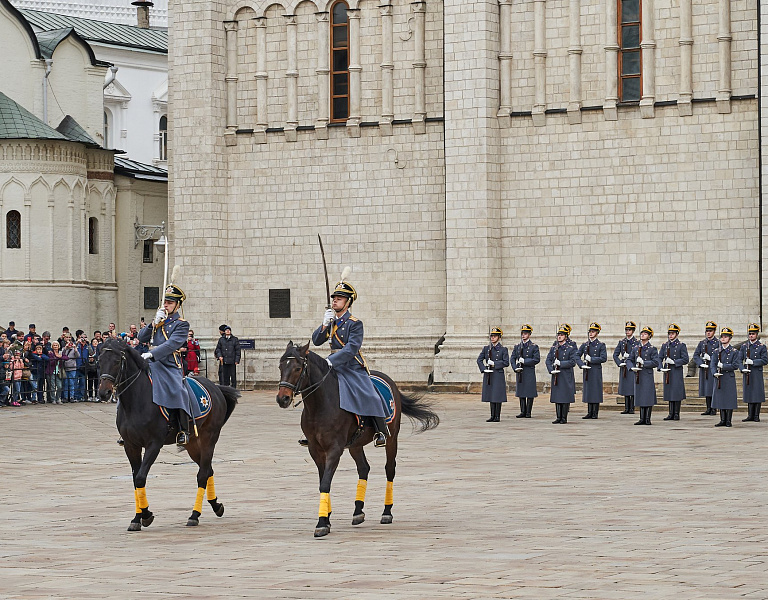 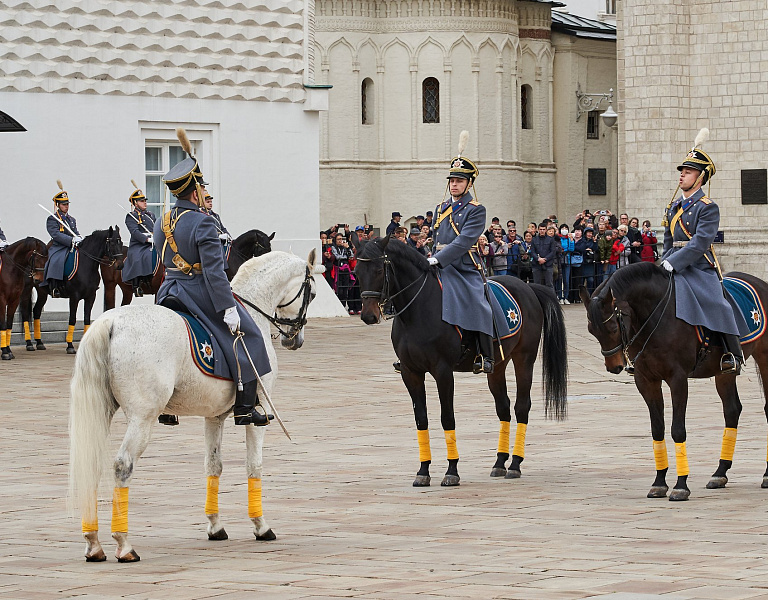 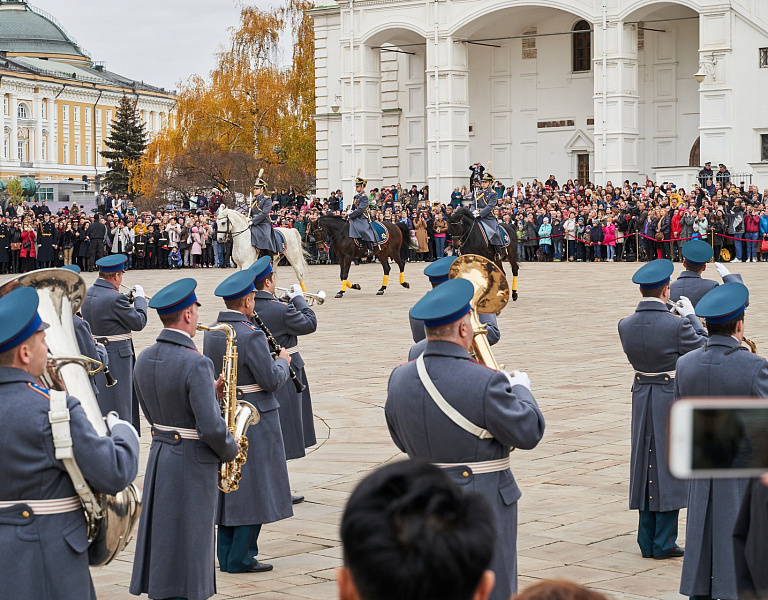 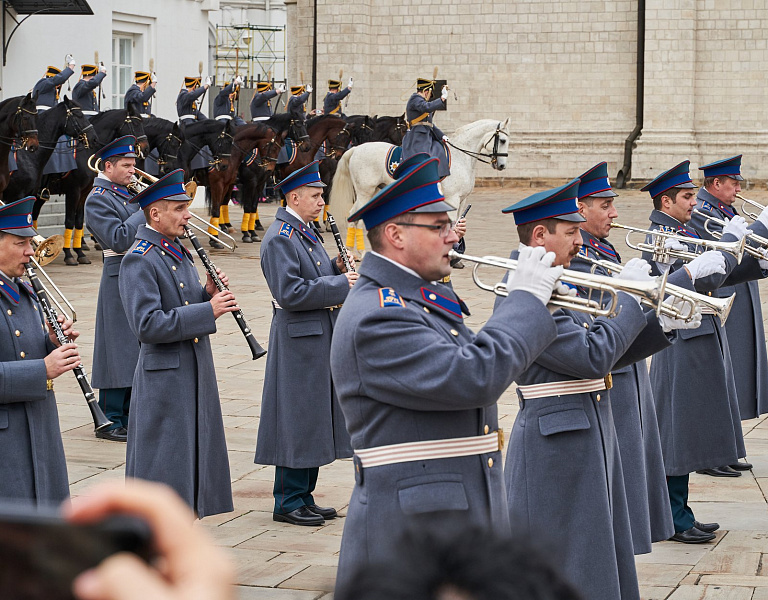 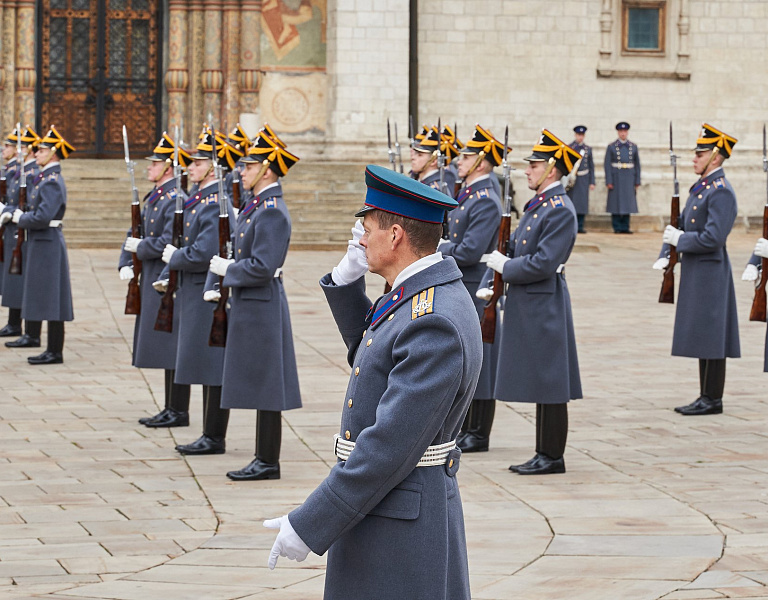 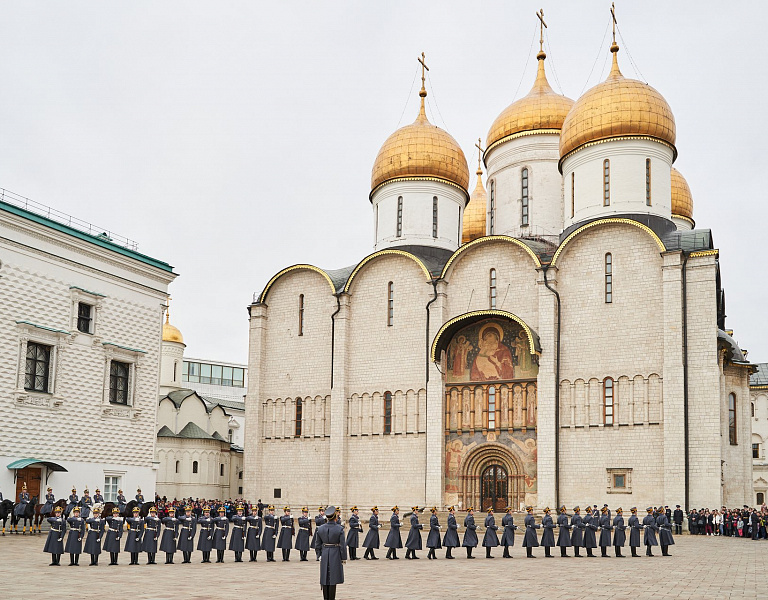 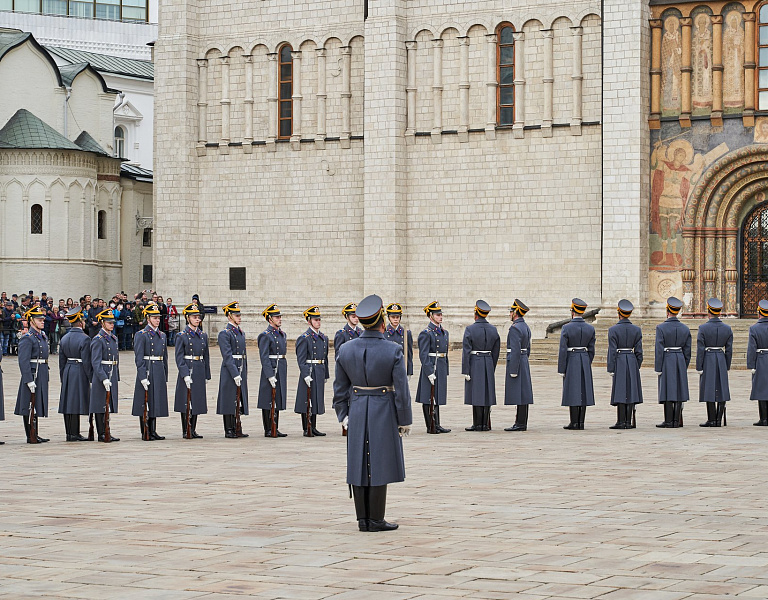 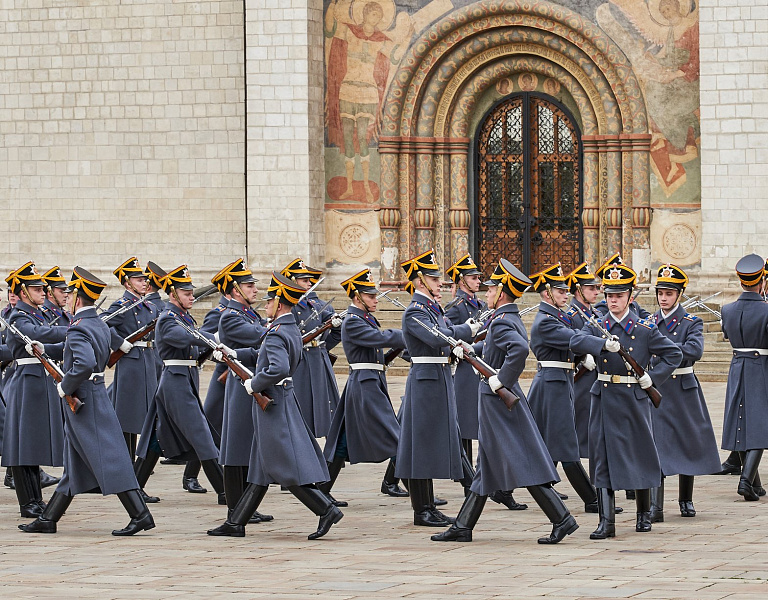 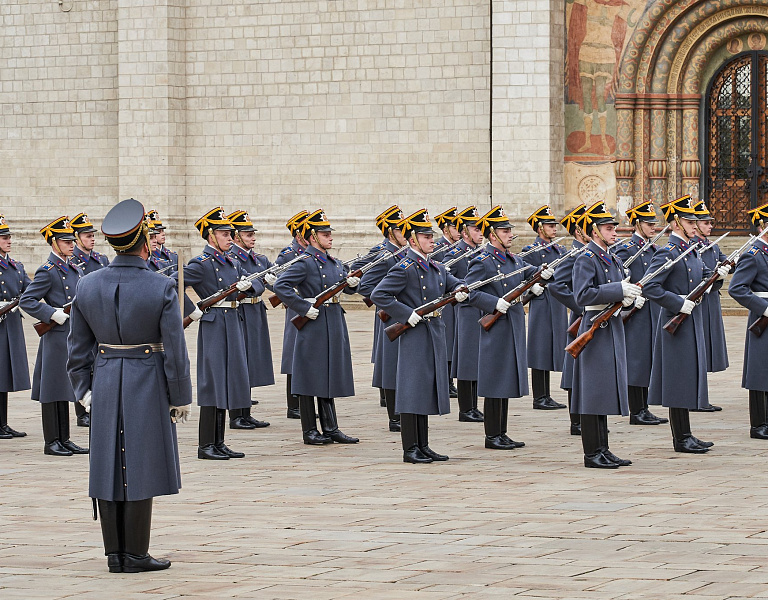 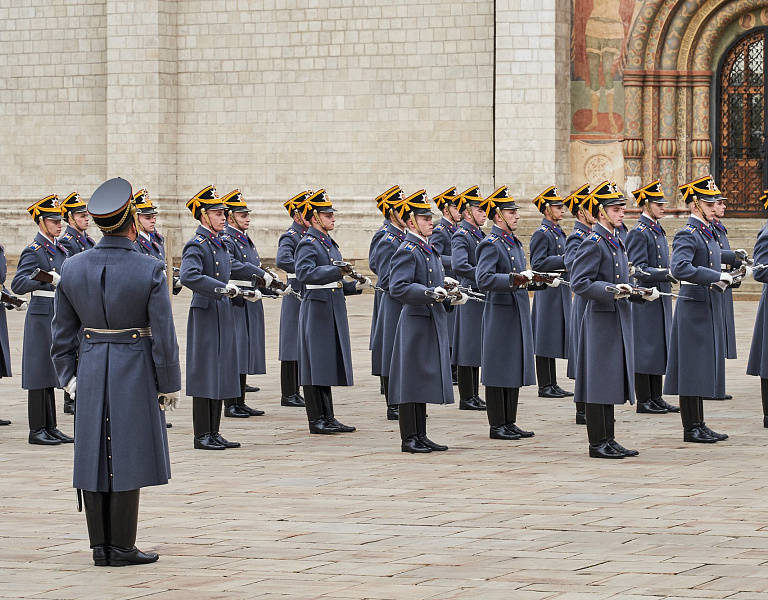 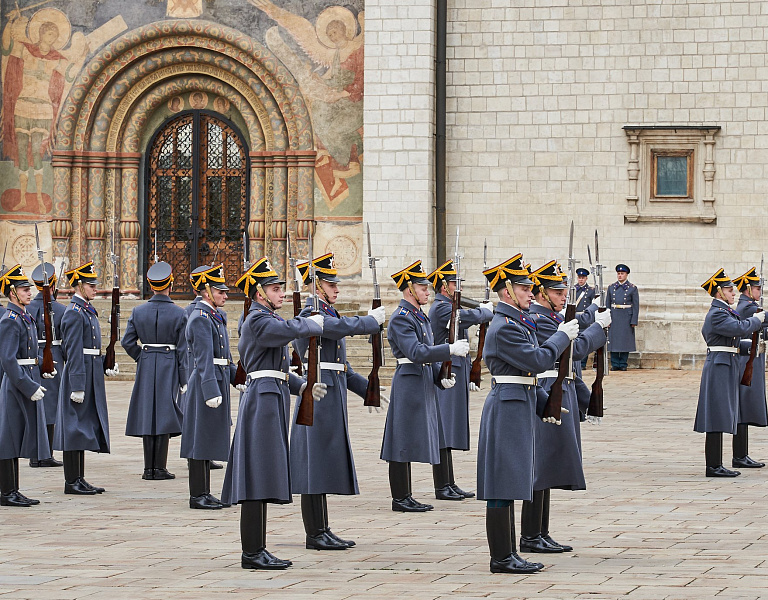 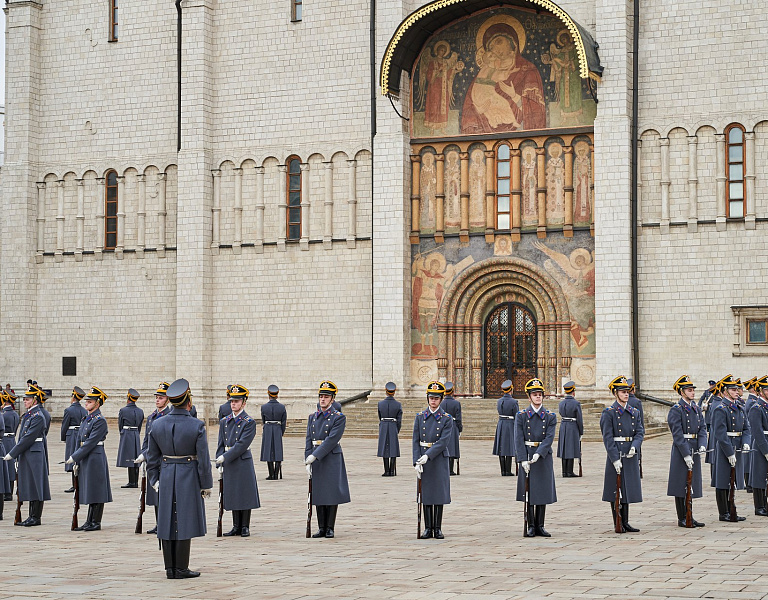 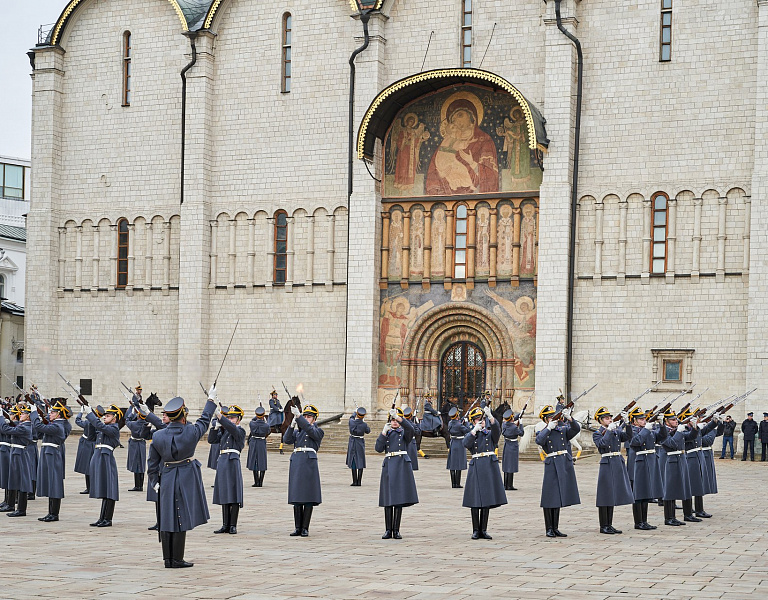 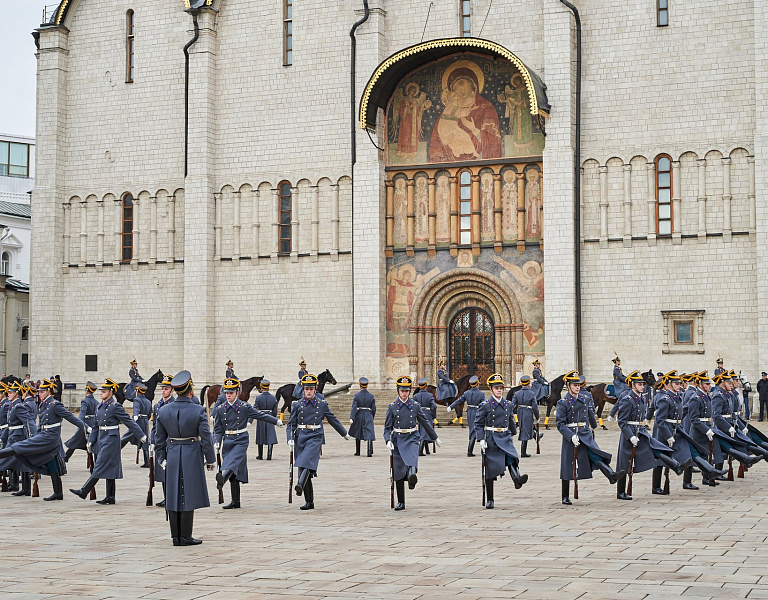 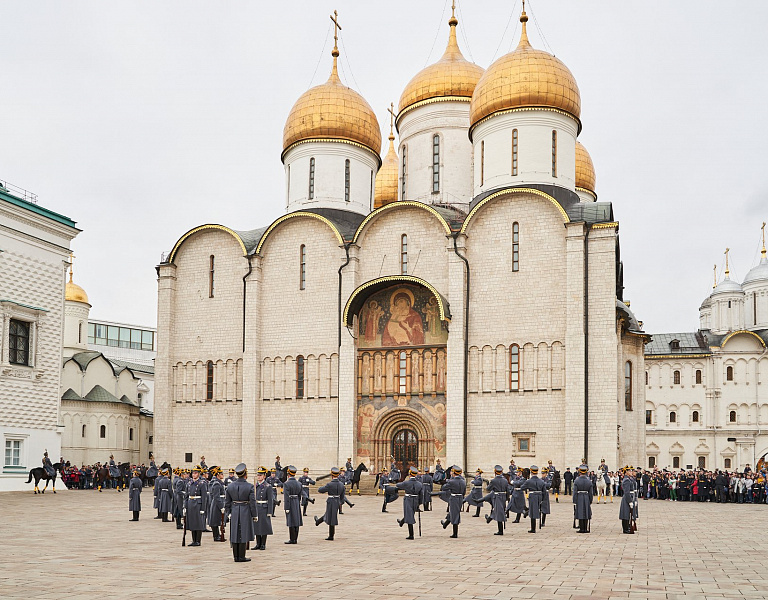 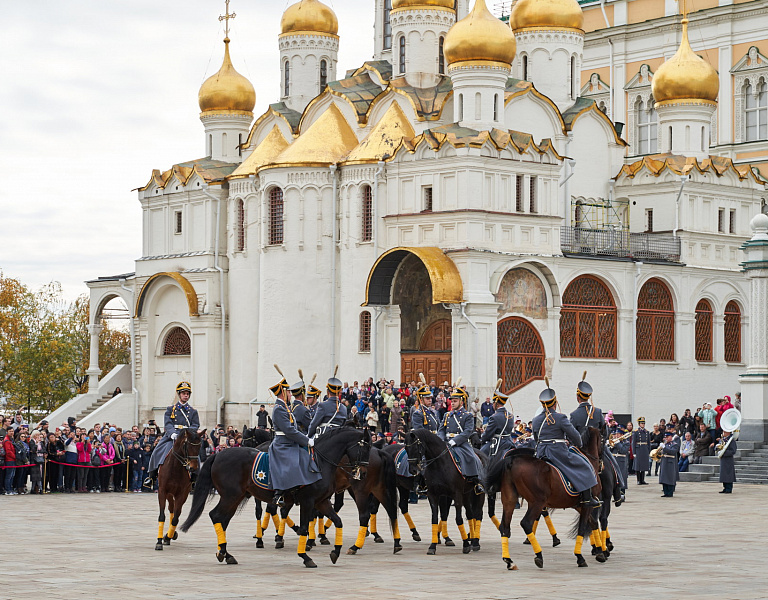