The Kremlin sees the Closing of the Guard Mounting Ceremonies’ Season

The last horse and foot guard mounting ceremony of the season will take place at the Cathedral Square of the Moscow Kremlin on the 14th of October.

The ceremony will see following units of the Federal Guard Service of the Russian Federation: Special Guard Regiment, the Cavalry Honorary Escort of the Presidential Regiment and the President’s Band. Being the hallmark of the Spasskaya Tower Festival, these bands offer performances which grace both the night program by the Festival as well as its day activities.

The Guard Mounting Ceremony is considered one of the most spectacular military ceremonies which have been part of the Russian military statuses and articles since Peter the Great. The autumn 2004 saw the approval of a new ceremonial which has put together various epochs of the Russian Armed Forces, in order to showcase the continuity of the glorious Russian military traditions. Time ago, the mounting guard ceremony would feature the following compulsory elements: dress parade, report to the commander of the guard, appearance inspection, examination of the arms, performance of the special music dedicated to the mounting as well as marching under the band’s accompaniment. However, existed also a «mounting of the guard with ceremony», which could include the showcase of the Colours used during warfare. The new ceremony encompassed the most spectacular elements of the Russian military ceremonies including demonstration of  and elements of horse carousel accompanied by the President’s Band performance.

The Ceremony of the Mounting Guard is seasonal: April till October (warm season), Saturdays 12.00 at the Cathedral Square of the Moscow Kremlin.

For the admittance, please buy a ticket for the Moscow Kremlin. 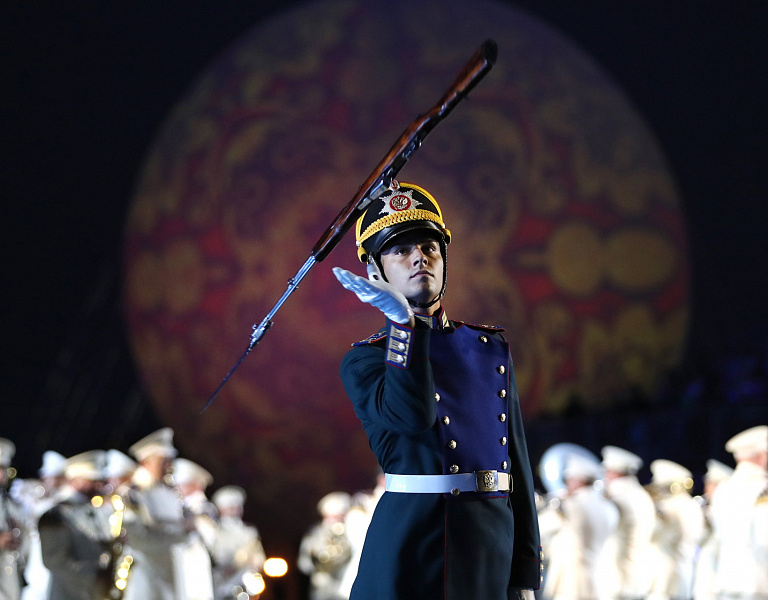 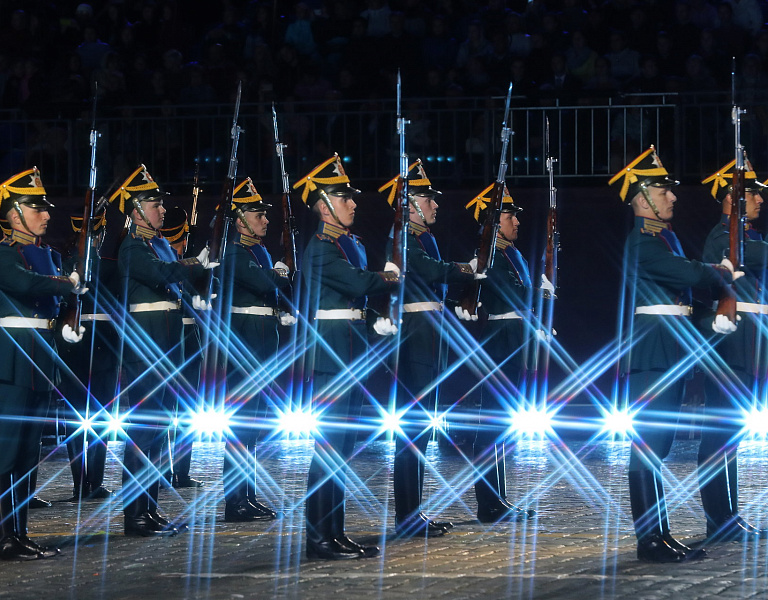 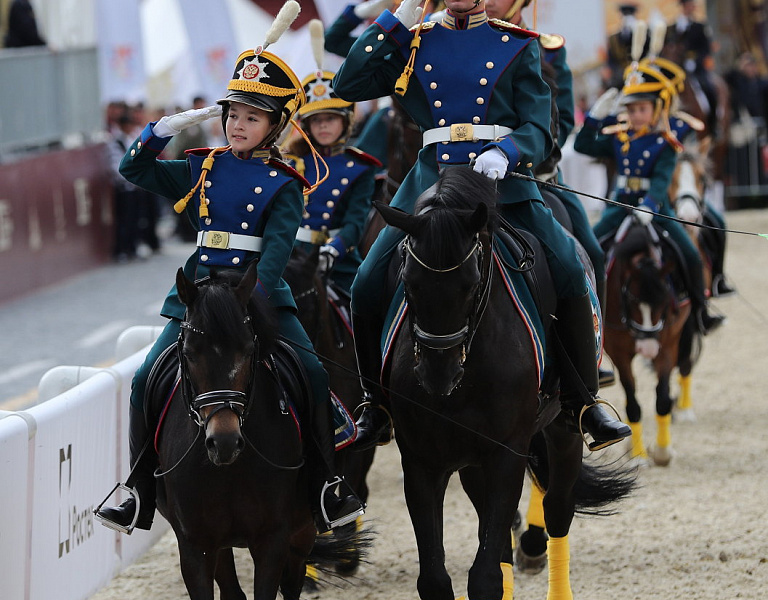 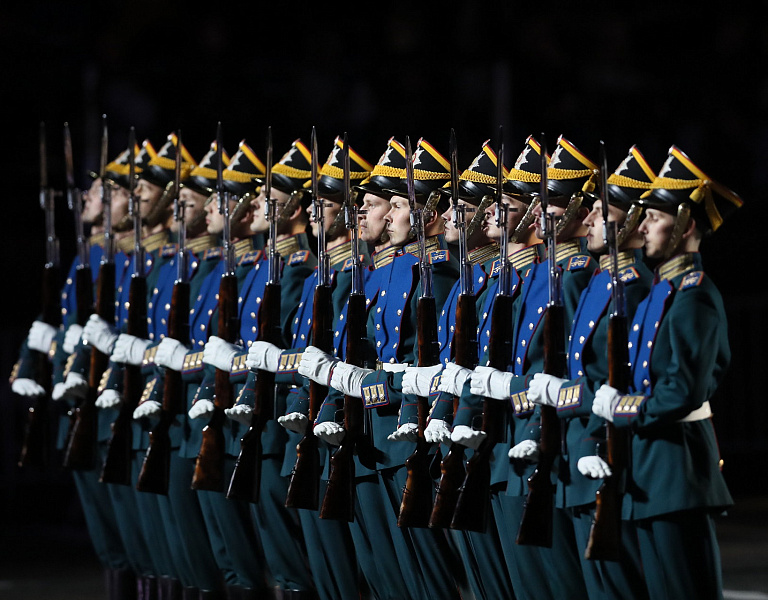 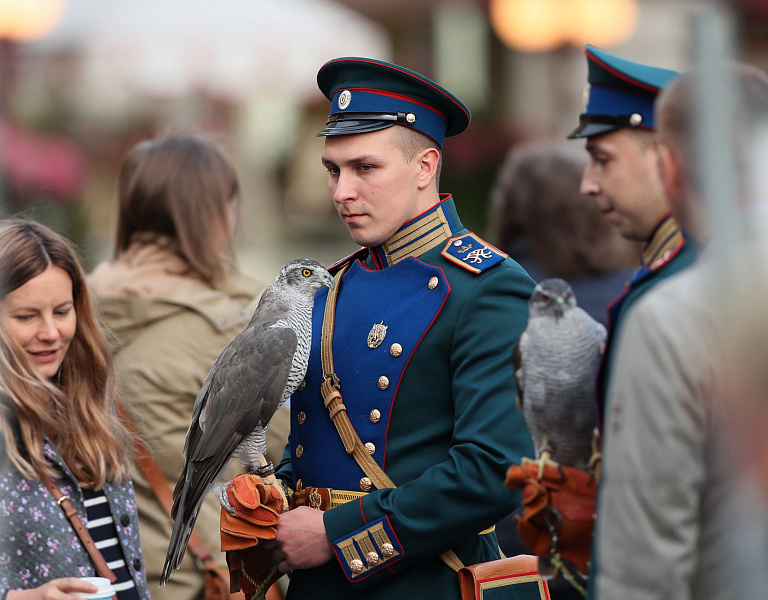 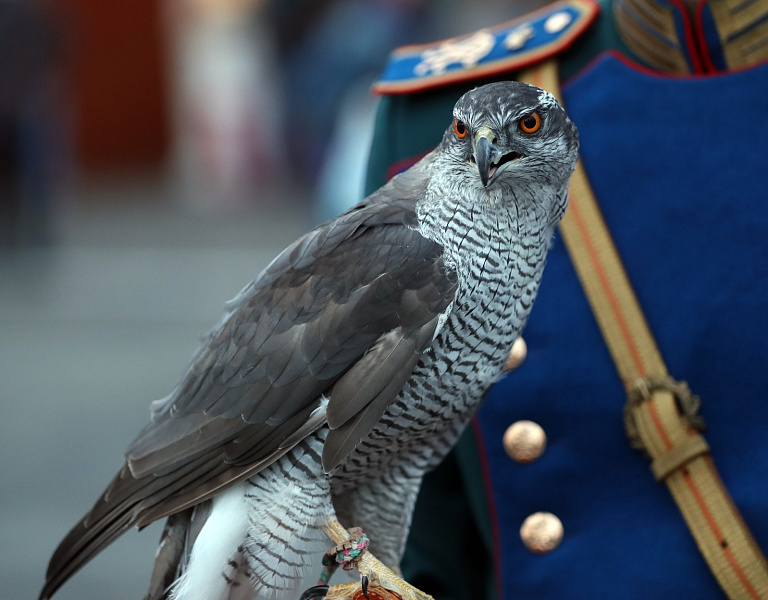