We all live under the same sun! International Festival “Spasskaya Tower” in Moscow ended

In the course of ten years, more 150 bands from 50 countries have taken part in the Festival. Every year the Festival attracts more than 75 thousand of spectators to the Red Square, and together with the audience of the TV streaming and news in the mass media, the total number of spectators of the «Spasskaya Tower» exceeded 500 million people.

The anniversary edition of the Festival gathered the most audience, participants and mass media attention. 2100 artists took part in the Festival this year, around 1000 of them came from abroad: Austria, Armenia, Belarus, Egypt, India, Italy, Kazakhstan, China, Turkey, Uzbekistan, Chile and Switzerland. Apart from that, 120 musicians from Ireland, England, Scotland, Denmark, the Netherlands and Germany performed as a part of the combined orchestra of bagpipers from the European Union. The International Scottish Highland Dance Group, which brings together 50 dancers from Australia, Russia, Scotland, the Netherlands,  New Zealand, Canada and South Africa also came to the Festival to perform.

Apart from the shows at the Red Square, Russian and foreign bands performed at public venues in Moscow - at 5 railway stations and 13 parks. A general procession of all the participants of the anniversary «Spasskaya Tower» Festival took place at the Poklonnaya Hill of the Victory Park. The stage of the Central Cultural House of Railway Workers hosted the concert of a combined orchestra of musicians from the Central Military Orchestra of the Russian Ministry of Defense and the Carabinieri band of Italy.

Dozens of thousands of Moscow citizens and guests visited free events of the Festival from the 25th of August till the 3rd of September as a part of the day activities at the Children Village and the Horse Ring, erected at the Red Square especially for the event.

The Festival Horse Ring hosted competitions among children on riding and riding tricks. The Honor Guard of the President’s Regimen, a team from the Kremlin Equestrian School, artists of the Russian State Circus and newcomers of the Festival - the Chilean team Escuadra Ecuestre de Palmas de Peñaflor - performed every day.

The colorful military and musical show was always the culmination of everyday program starting from the 25th of August till the 3rd of September. As a part of the Festival annual charity project, around five thousand free invitations were given to Moscow citizens from socially vulnerable groups. Apart from excellent shows of national military orchestras, honor guards and creative groups from various countries, incomparable singers - Mireille Mathieu, Tamara Gverdtsiteli and Zara - endowed the audience with their talent. At the end of each performance the anniversary fireworks lit the sky of the Red Square.

The tenth edition of the «Spasskaya Tower» Festival ended. The participants will bring warm memories with them to their home countries about the event, Russia, its rich culture and a warm welcome received from the audience. Meanwhile the spectators will keep in their hearts a colorful multinational musical fiesta.

«Spasskaya Tower, a song of a soldier… We all live under the same sun!» - this song was given as a present to the Festival anniversary by the President’s Band from Kazakhstan. They reflect the main idea of the Festival, the idea of peace in the World, which is being promoted with music and talent by the youngest and the biggest Military tattoo - «Spasskaya Tower»! 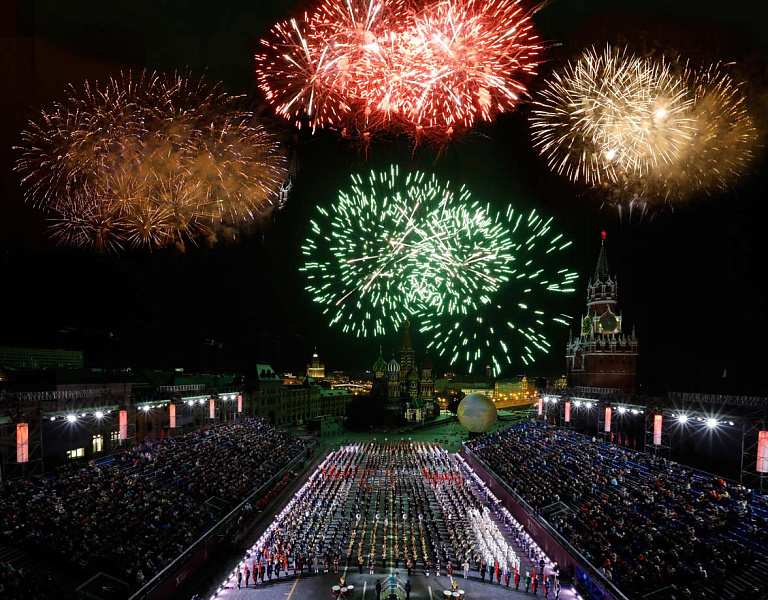 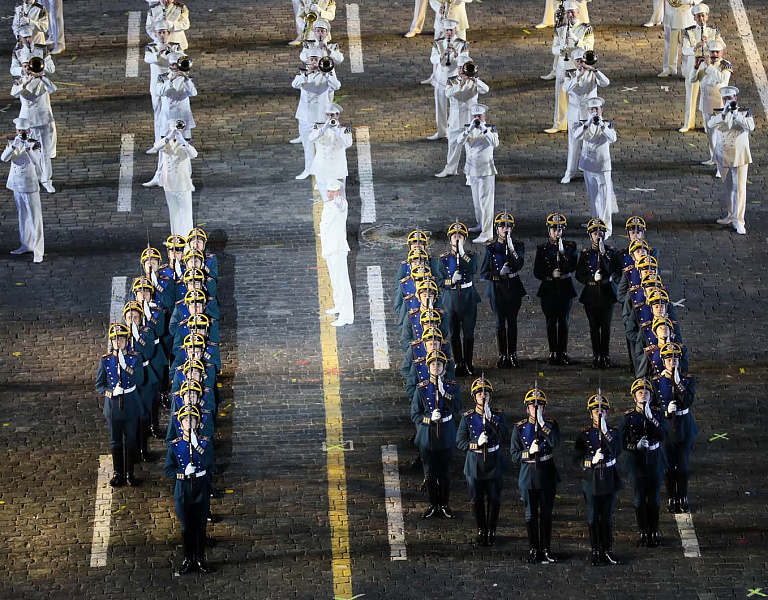 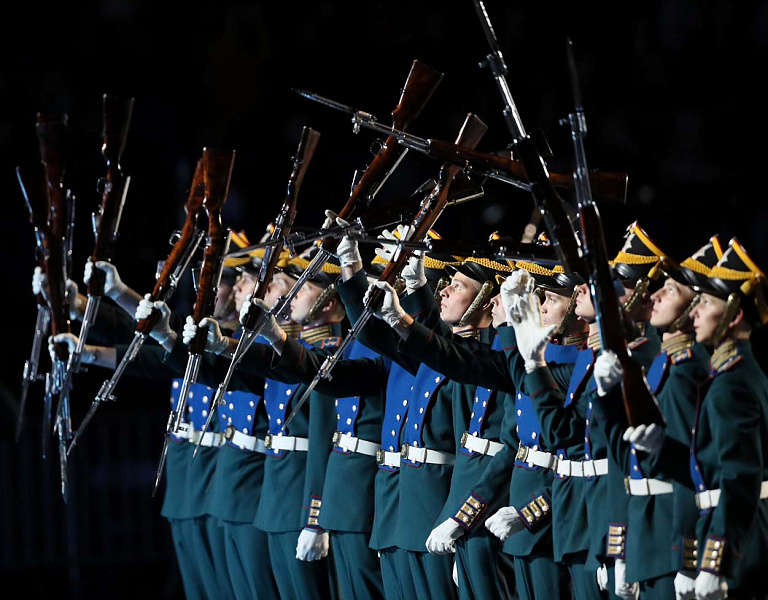 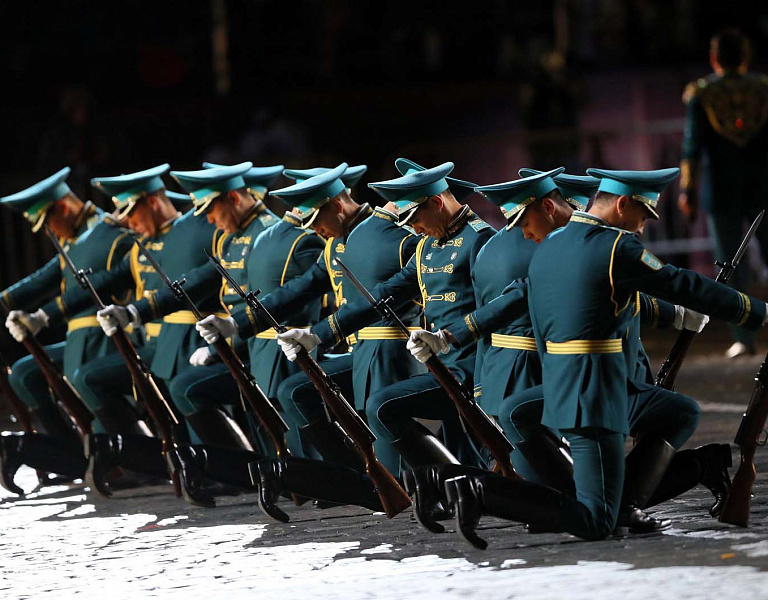 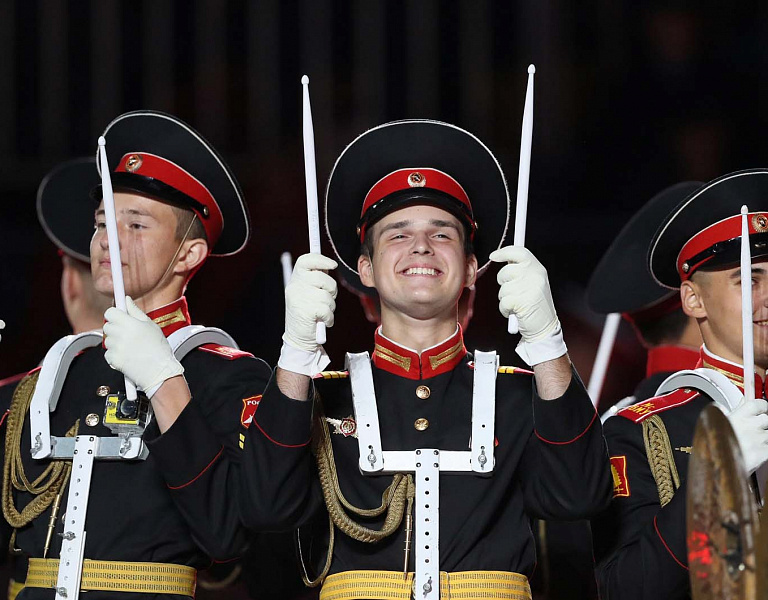 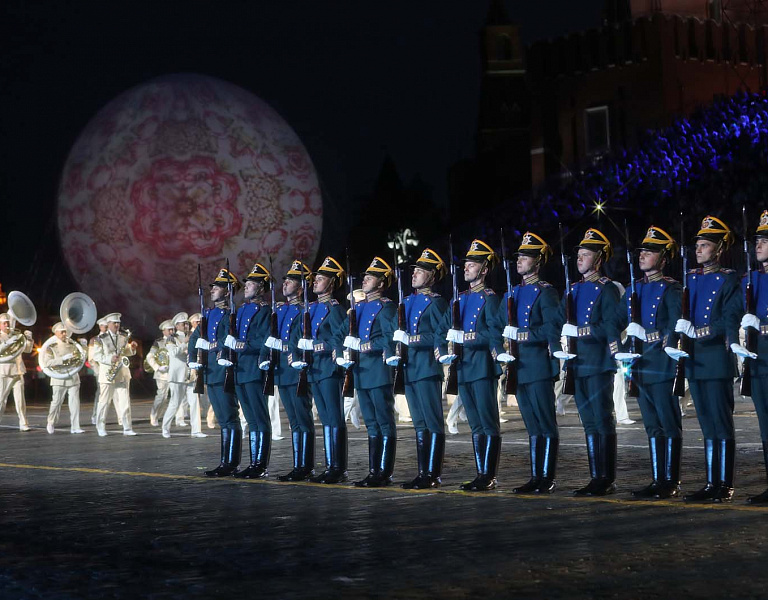 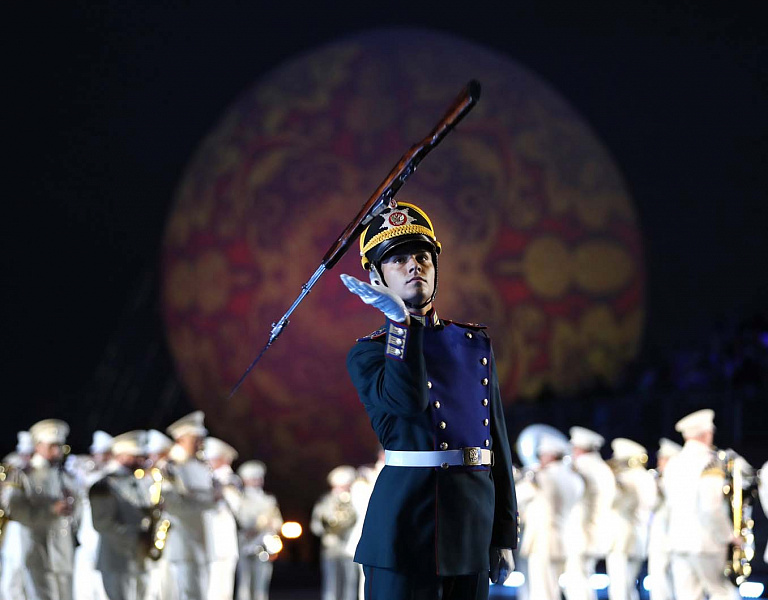 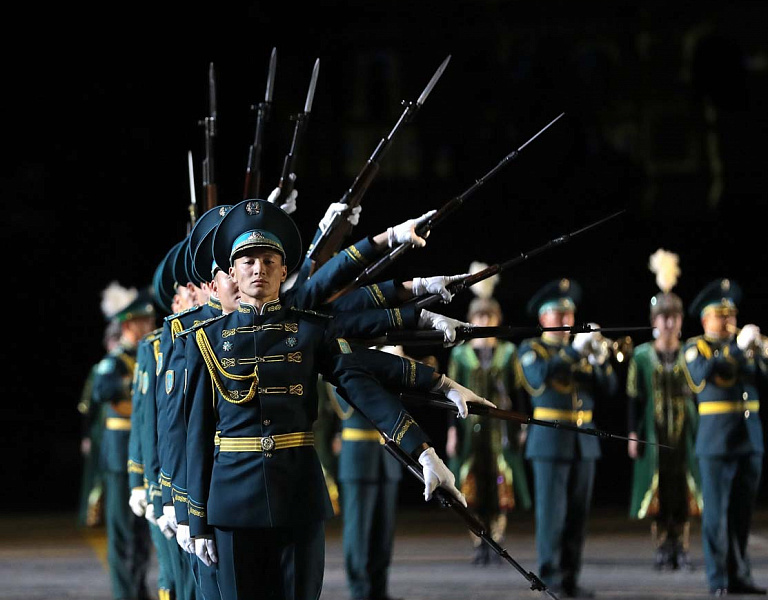 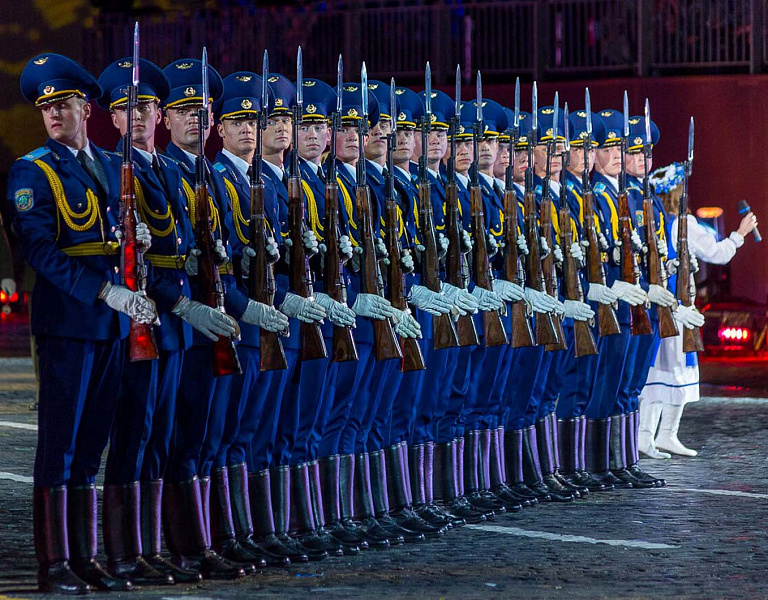 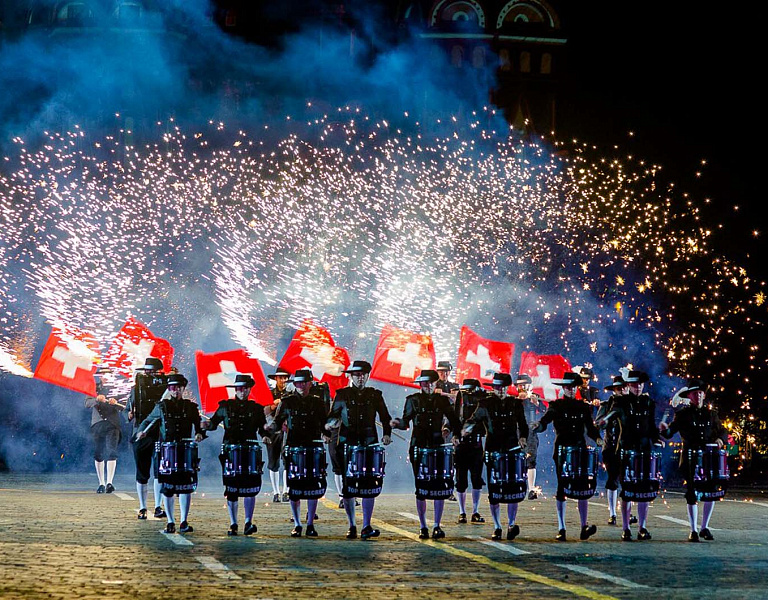 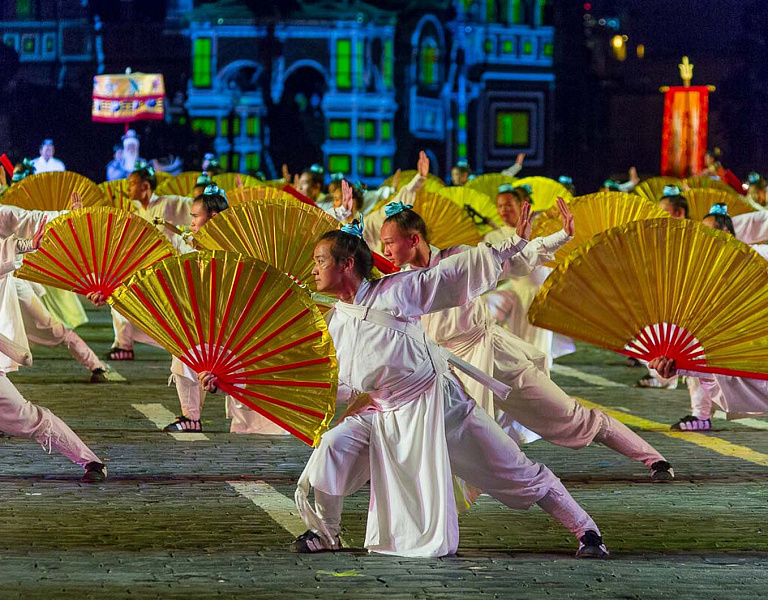 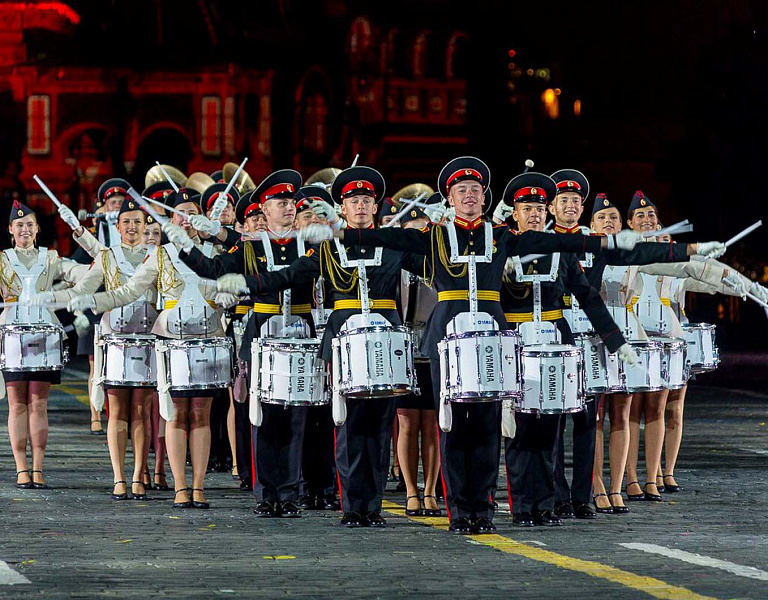 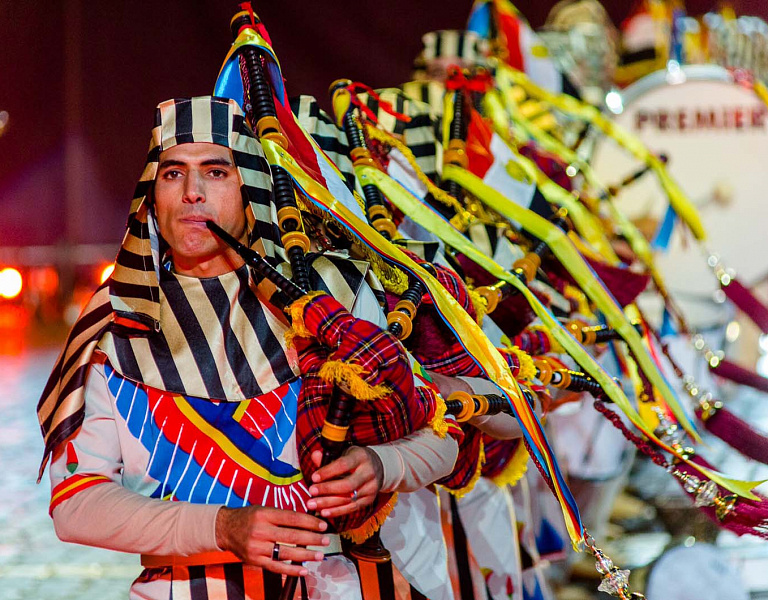 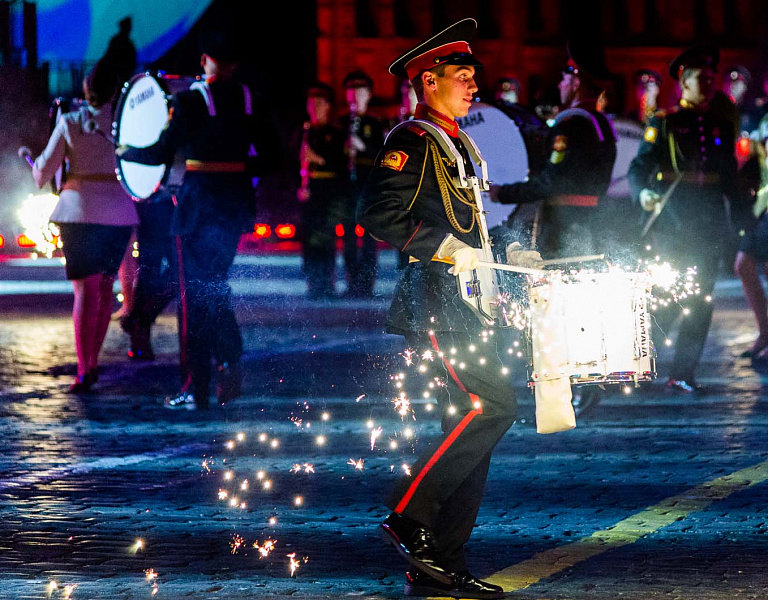 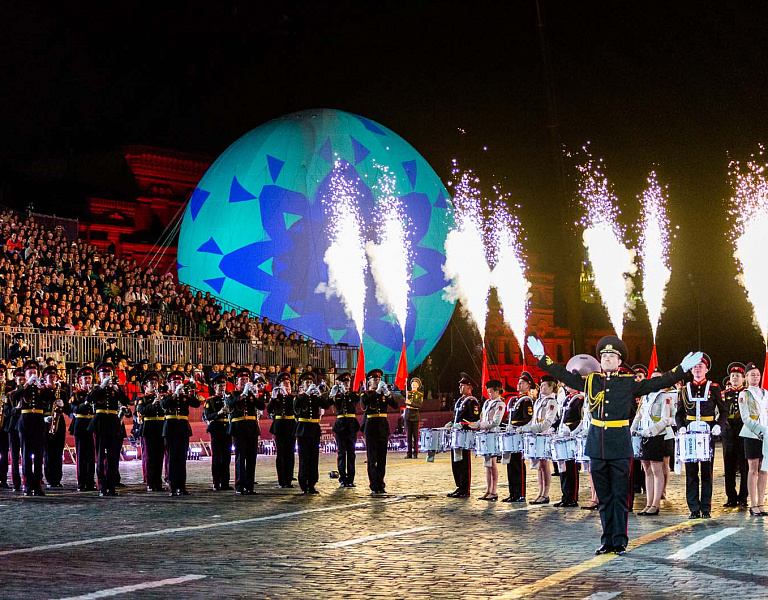 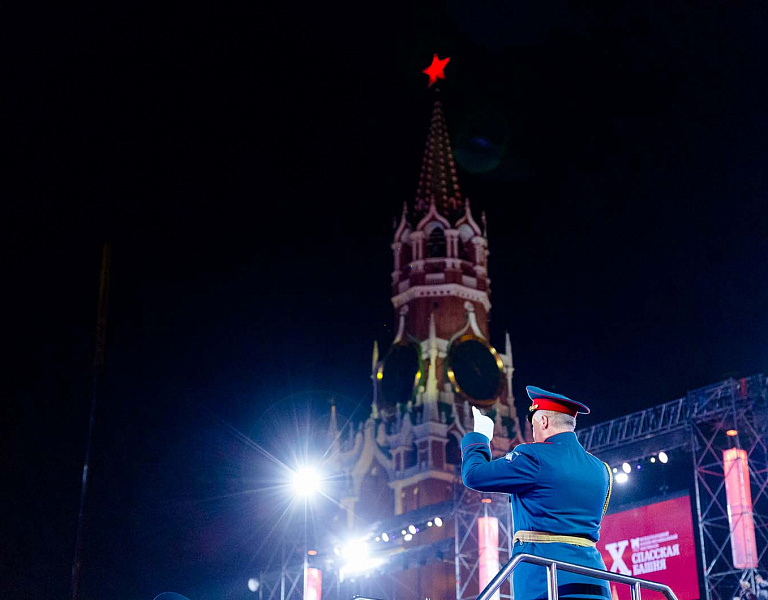 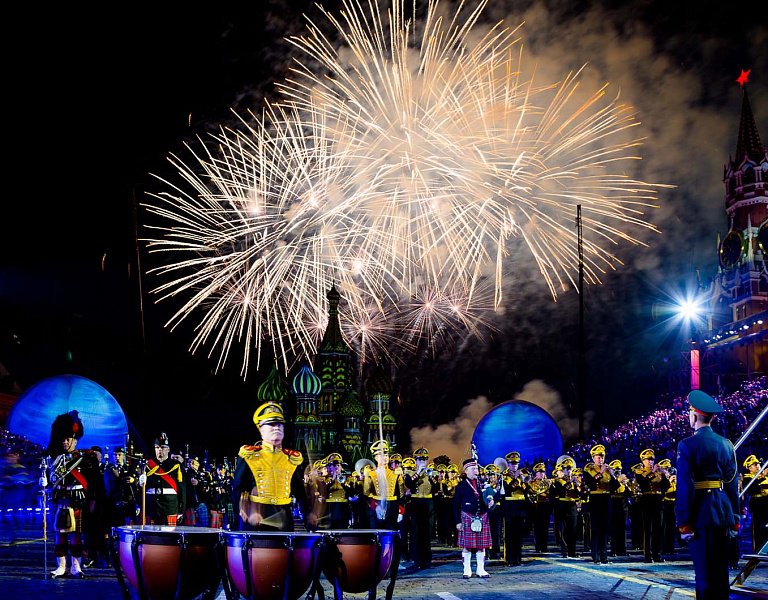