Concerts of the “Spasskaya Tower on Sakhalin” festival gathered 25 thousand Sakhalin residents and guests of the region!

On the evening of September 10, the 4th International Festival of Military Orchestras «Spasskaya Tower on Sakhalin» was solemnly closed in the Lenin Square in the regional capital.

Festive concerts gathered about 25 thousand Sakhalin residents and guests of the island region of Russia.

Participants and guests of the festival delighted the audience with their music and songs in the squares, parks and garden squares, as well as in military units. Military bands have become welcomed guests at the city holidays.

These three wonderful days were filled with live music — a real gift for the entire island region to the 70th anniversary.

At the closing ceremony, the audience saw a bewitching, bright show with a military parade of military musicians, demonstrations by the Special Guard Company of the Presidential Regiment and exotic dances of foreign guests, and enjoyed colorful fireworks.

«The festival was a success!» said the head of the Military Orchestra Service of the Armed Forces of the Russian Federation, chief military conductor, Colonel Timofei Mayakin.

«I am very glad that this Sakhalin festival turned out to be the biggest one if compared to the previous three," said he.«12 bands, including 9 orchestras representing Russia, China and Mongolia came to the festival. I would like to note excellent selection of participants. The public on Sakhalin is wonderful — it’s very nice! And even the nature was on our side: the weather favored us on all festive days.»

Timofei Mayakin noted that Russian festivals of military bands were rather young. But year after year their potential is increasing.

«Currently even foreign guests are beginning to adopt the ideas of our festivals. This means that we are on the right track!»

«The Sakhalin festival started with our visit in 2009," said Colonel Sergei Durygin, head of the Central Military Orchestra of the Russian Defence Ministry and Honored Artist of Russia. «Today we see that the scale and geography of the festival have significantly expanded. This year, the Presidential Orchestra, as well as orchestras from St. Petersburg, Blagoveshchensk, , women’s brass band from China — a collective with a certain exoticism, consolidated Mongolian military band, took part in it for the first time.»

Sergei Durygin said that military musicians were always interested in performing on Sakhalin.

«When I first came here and saw the island — I immediately fell in love with it. It’s very beautiful, and the audience is also beautiful. I feel the special attitude of people towards military musicians and compositions they perform. Yesterday our orchestra gave a concert on the embankment in Kholmsk. One woman brought us a huge watermelon as a gift. It was very touching and sincere!» said the maestro.

Let us recall that this year’s festival had its own anthem for the first time. The music was composed by Sergei Durygin, and the song was performed by Dmitry Filippov, a remarkable soloist of the Central Military Orchestra of the Russian Defence Ministry, who has been cooperating with the eminent collective for almost 15 years.

«Sergei Durygin is a good melodist and wonderful composer," said the singer. «The song turned to be worthy! It tells about the festival and shares the emotions! I think it will live. This year I visited this beautiful island for the first time. Being the first performer of the anthem of the military bands festival, my destiny is to be closer to Sakhalin!» 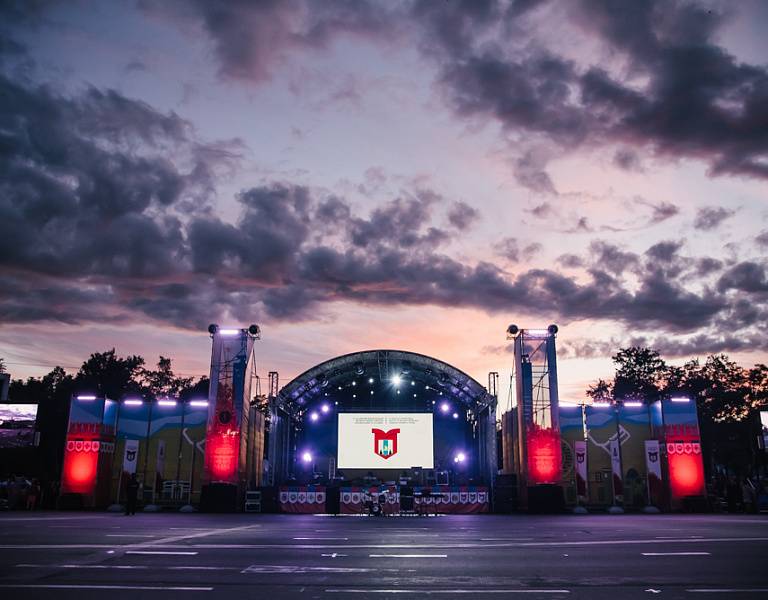 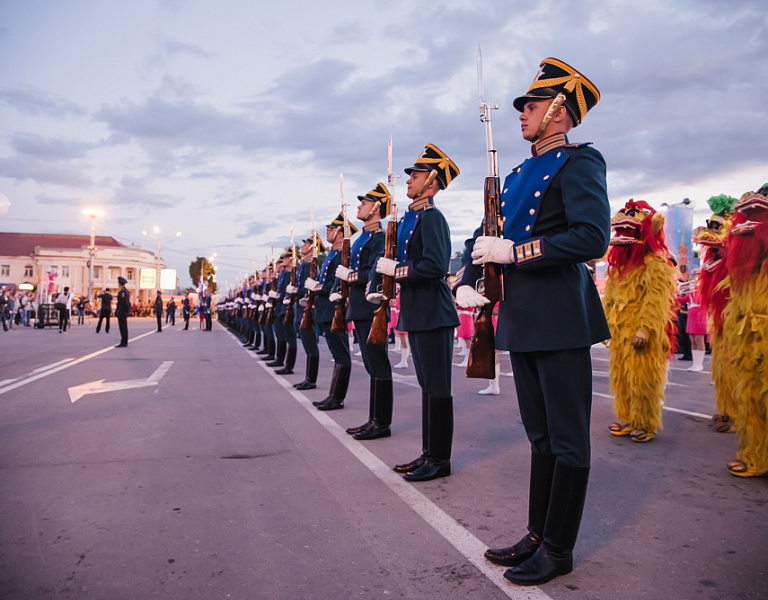 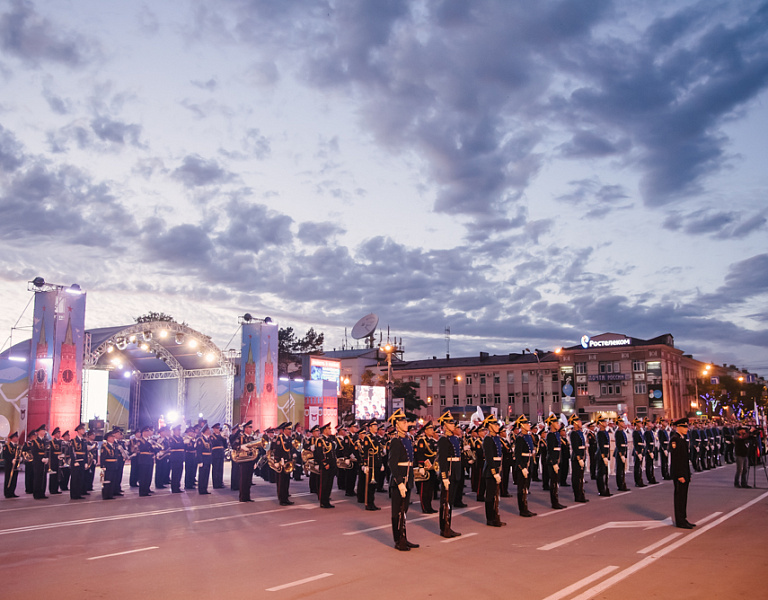 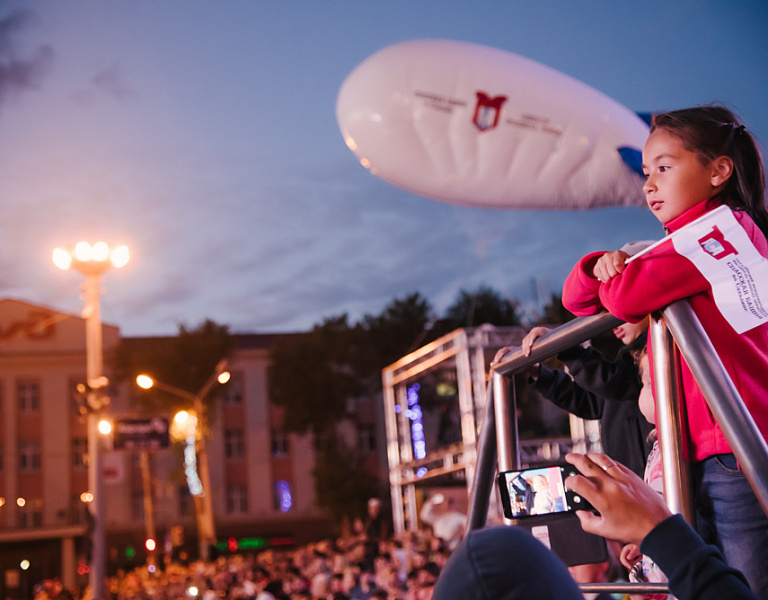 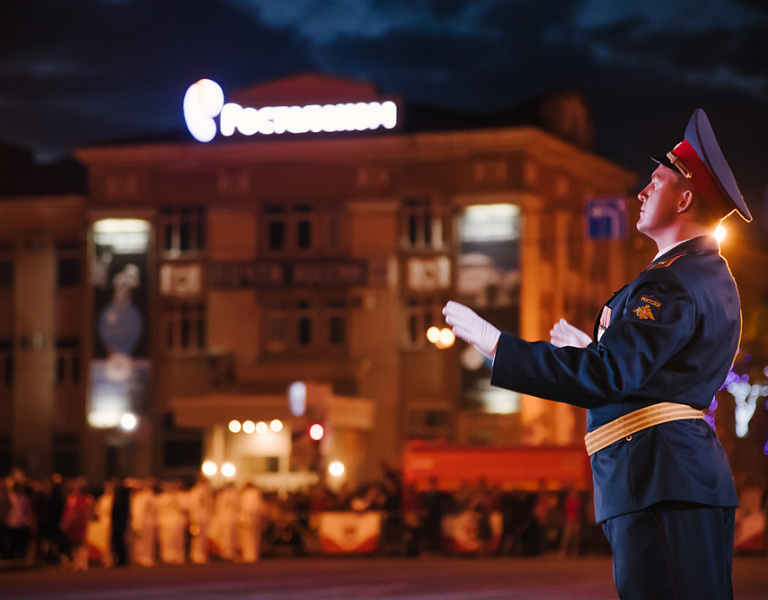 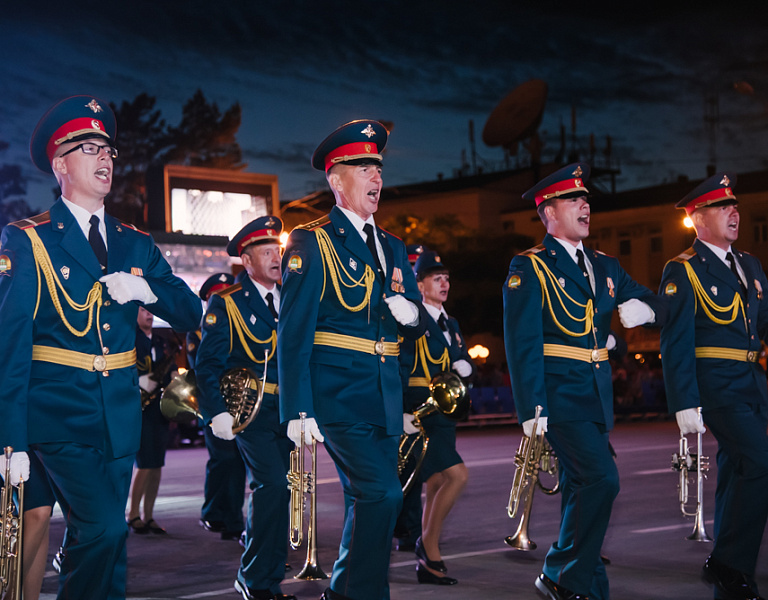 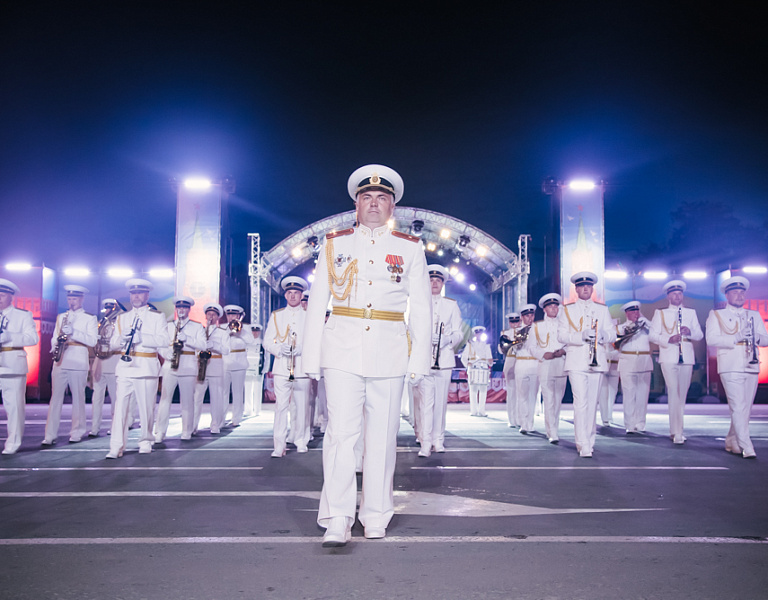 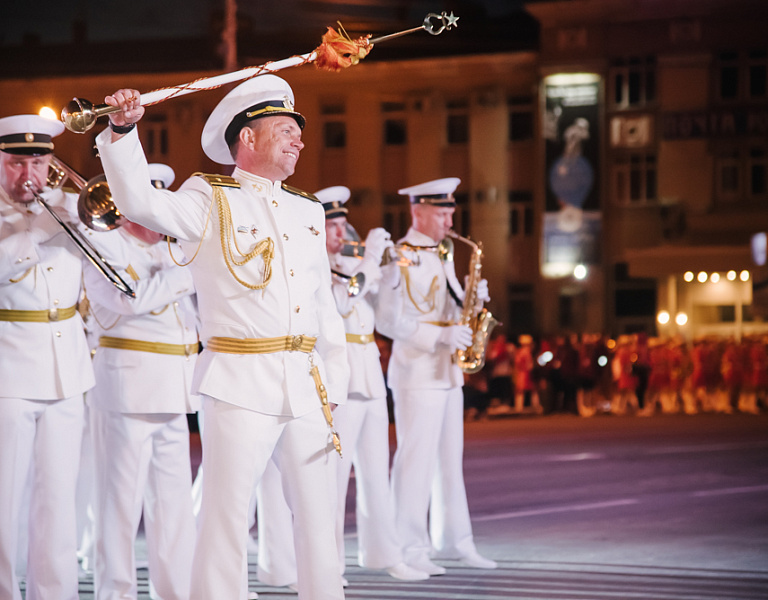 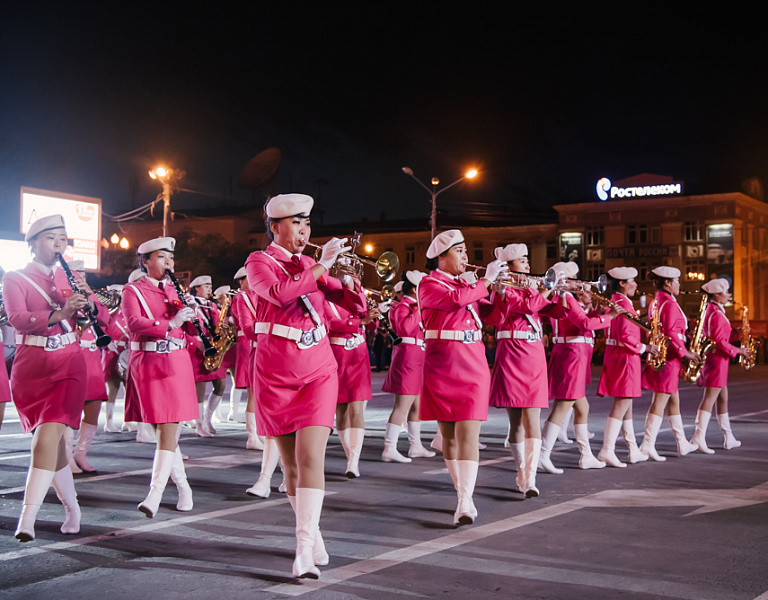 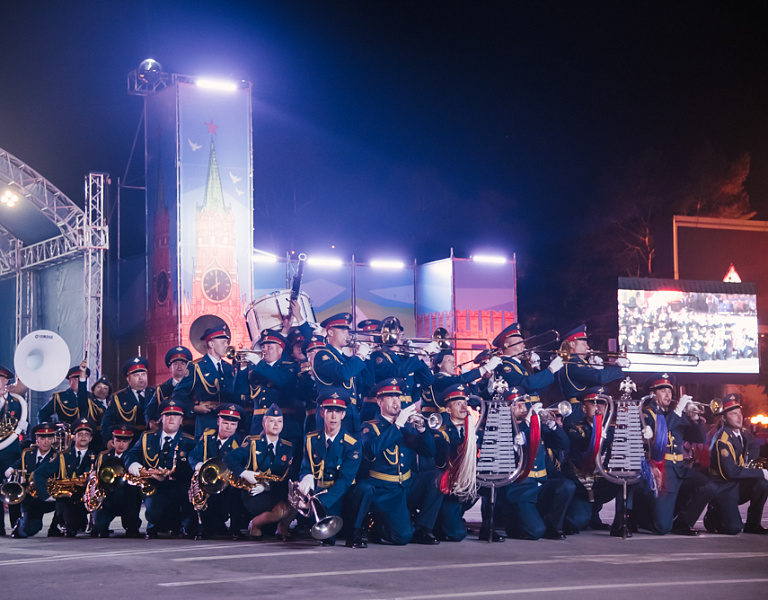 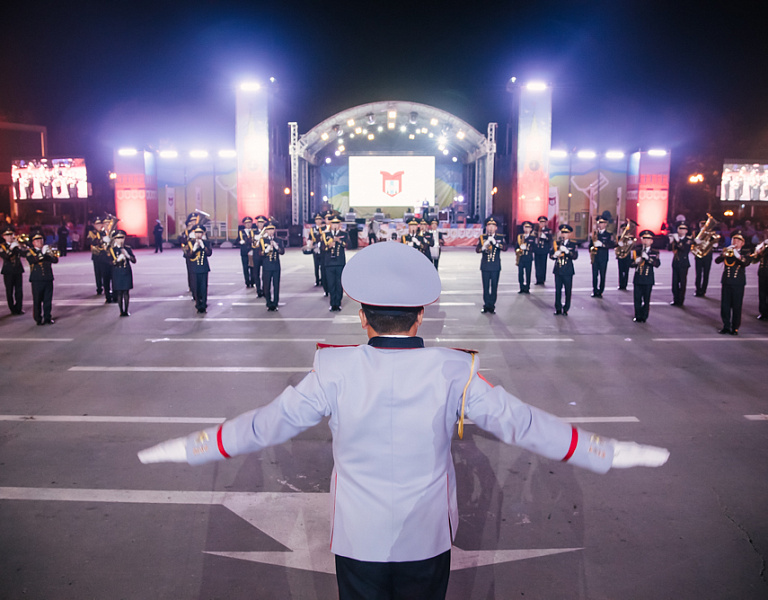 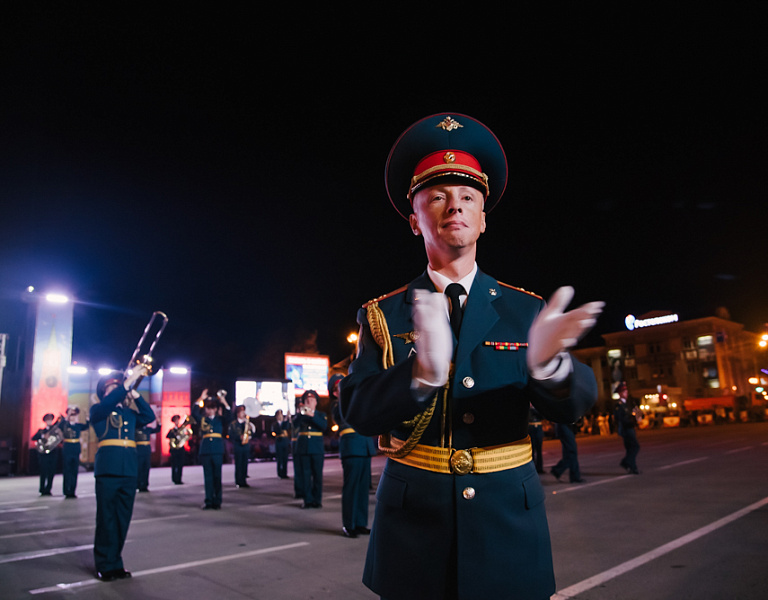 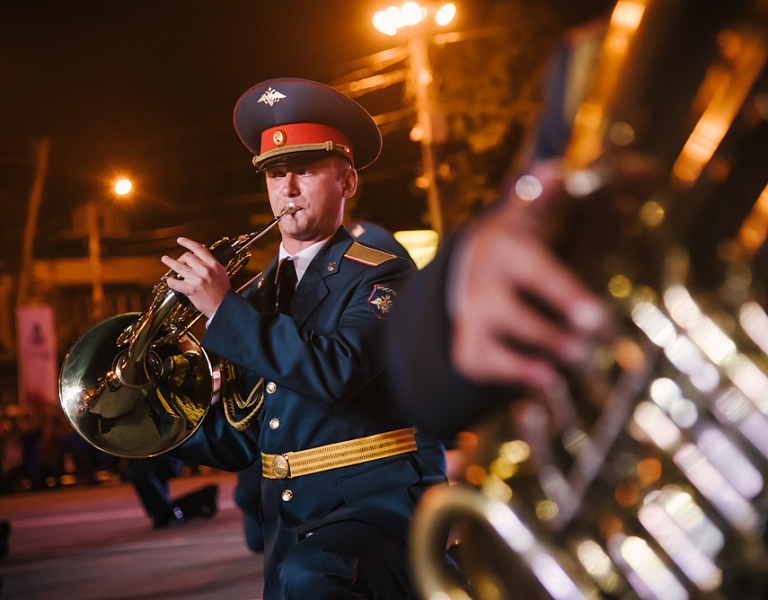 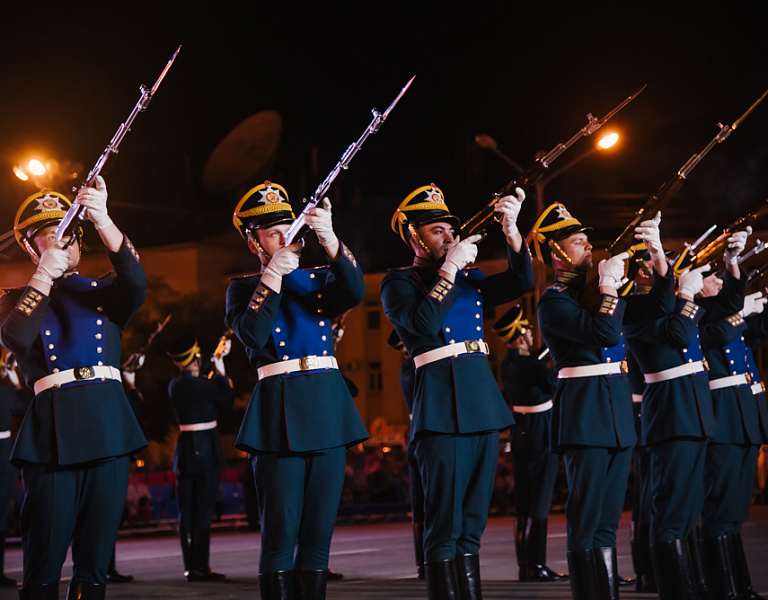 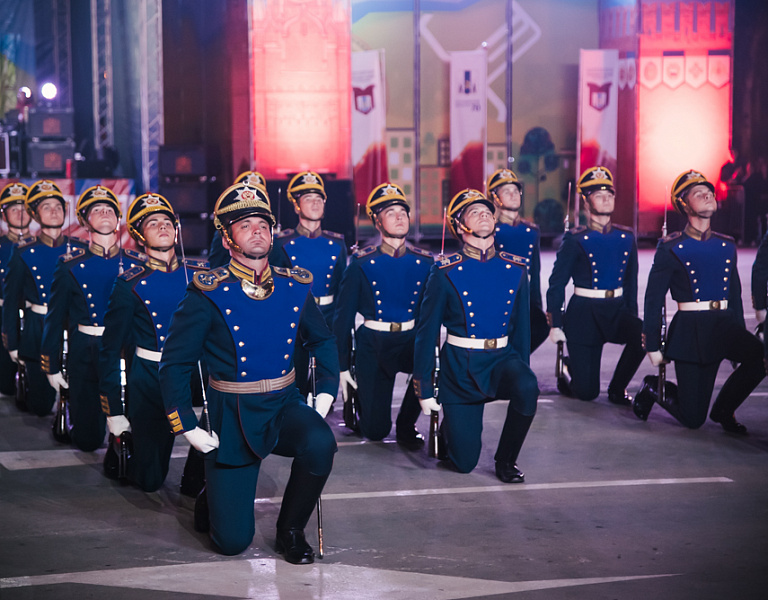 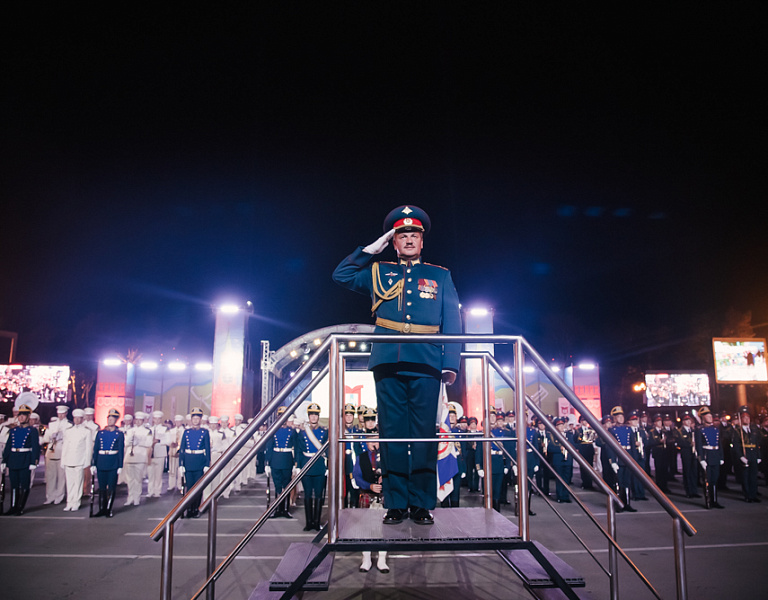 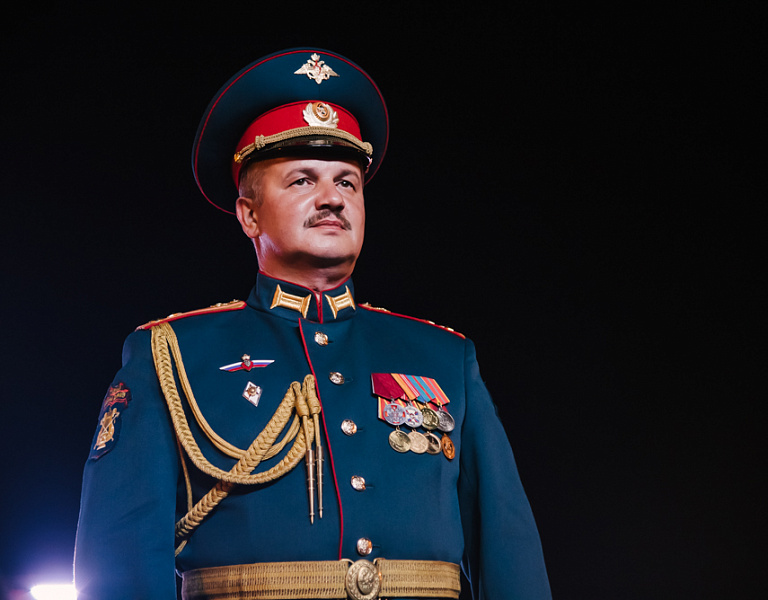 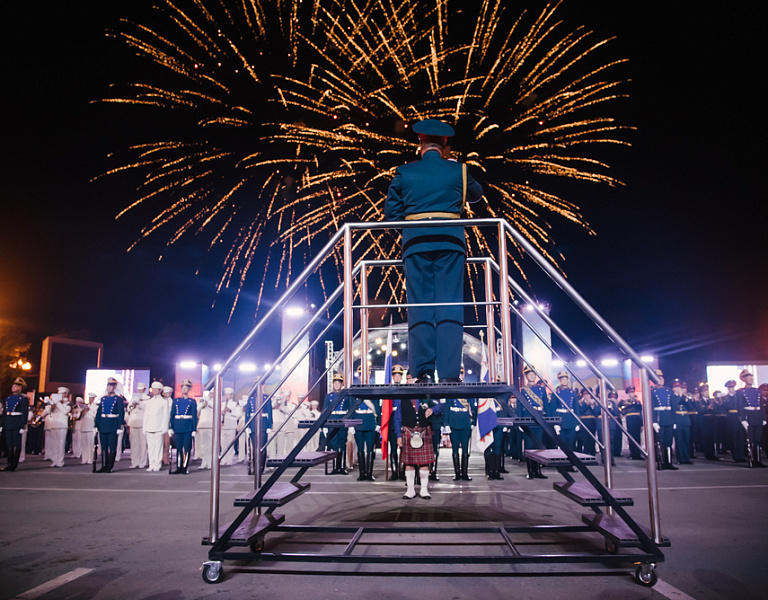 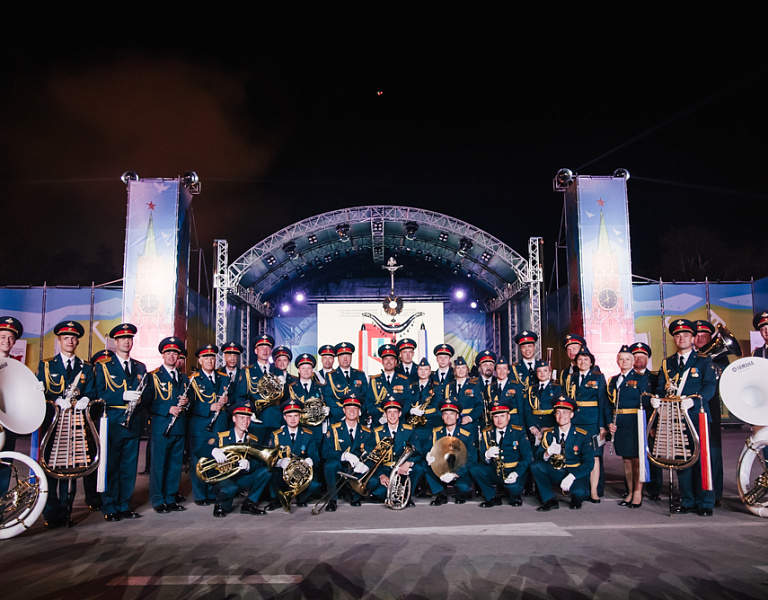 Next Central Military Orchestra of the Ministry of Defense of the Russian Federation is taking part in the Military Music Festival named in honor of Arno Babajanyan in Armenia
Previous Participants of “Spasskaya Tower on Sakhalin” Festival Won Love of Residents and Guests of Yuzhno-Sakhalinsk!