On the 29th of August the Day of Music took place at the Children Village near the Kremlin walls. Visitors had an opportunity to try to play a drum set, keyboard or cajon (a box-shaped percussion instrument played with the hands, fingers, or sometimes various implements such as brushes, mallets, or sticks). Professional musicians did trainings. Animators from the «Russian Radio» played board games with the visitors and organized a lottery at the Children Village stage.

Guests enjoyed the concert of a children band called «Marsh-routy» and a children and youth band «Dynamic Guys».

Professional artists also performed at the event. They gave a concert called «The Golden Thread of Traditions».

A drum flashmob for kids was also organized that day. They were taught to rhythmically clap their hands, play drums and play a xylophone. After that they played several songs as an orchestra, lead by drummers from Rhythmy Stiсks. The children tried to synchronize the rhythm to play a simple melody of a popular children song. The song was accompanied by a dance orchestra Moscow Cadet Music Corps.

The second part of the program of that day were concerts of the Turkish Armed Forces Mehteran Unit and the Band of the Armed Forces of Uzbekistan.

The Mehteran Unit was founded in 1289 following an order of Osman Gazi, the founder of the Osman Empire. The band is currently a unit of Chief of the Turkish General Staff and is constantly traveling all around the world, performing in national as well as foreign celebrations and festivals.

«Mehter» triumphed at performing Turkish combat marches. The audience heard a loud voice of the big Turkish bass drums accompanied by the sound of trumpets. This music was intended to encourage the soldiers of the Osman Empire to start a battle and win. The band has also performed a couple of songs. One of them celebrates the glory of the Turkish nation and the Turkish flag. The song was performed in Russian, and was welcomed by a thunder of applause.

Vladislav Yakovlevich was overwhelmed with emotions after the performance of the Turkish Orchestra. It was clear that he liked it a lot. «I am retired, I always visit free concerts of the «Spasskaya Tower» Festival. I really feel inspired after the concerts like this one, I have a strong desire to live against all the odds. When I was a kid, I had a record of Turkish marches, I was listening to them constantly. Now I heard them again and remembered my childhood».

After «Mehter» the Band Of The Armed Forces Of Uzbekistan performed. It was established in 1992 on the basis of the 11th military band of the Turkestan Military District holding the Order of the Red Banner. Its tasks include supporting meetings of government leaders of foreign states who arrive on official visits, as well as military ceremonies.

The band comes to the «Spasskaya Tower» festival for the first time, however they have an experience of participation in international military tattoos in Washington, Berlin and Cologne.

Their performance started with lingering sounds of karnays, long trumpets with a mouthpiece, national Uzbek musical instruments. You could immediately feel the atmosphere of the East. There were four trumpeters at the stage. After that, the musicians performed musical compositions of Uzbek, Russian and foreign composers. Their performance also included dances of girls dressed in national costumes. Their breathtaking vortexual dances were accompanied by karnays and drums. The audience was overwhelmed with emotions.

Rosa Nisman, an ex-moscovite, who now lives in Israel, told about her impressions from the show:

«The performance of the Uzbek band was very emotional. We don't have many opportunities to listen to national music of other countries, this is why I was really happy to visit this concert for free. It is a pity that it was too short».

Various events for kids as a part of «Spasskaya Tower» Festival take place at the Children Village every day. 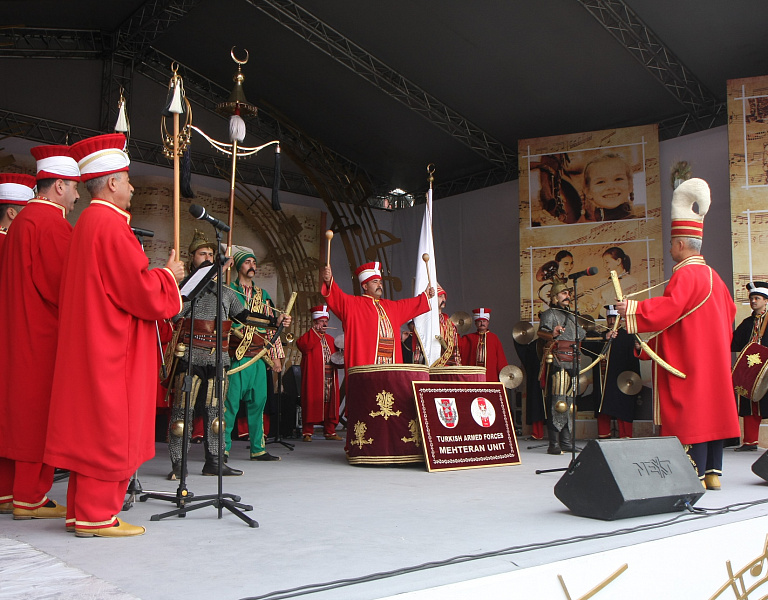 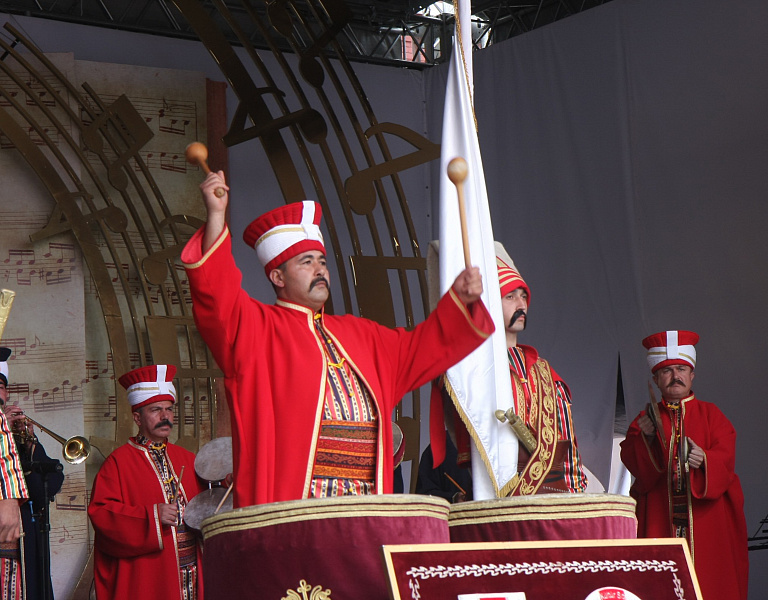 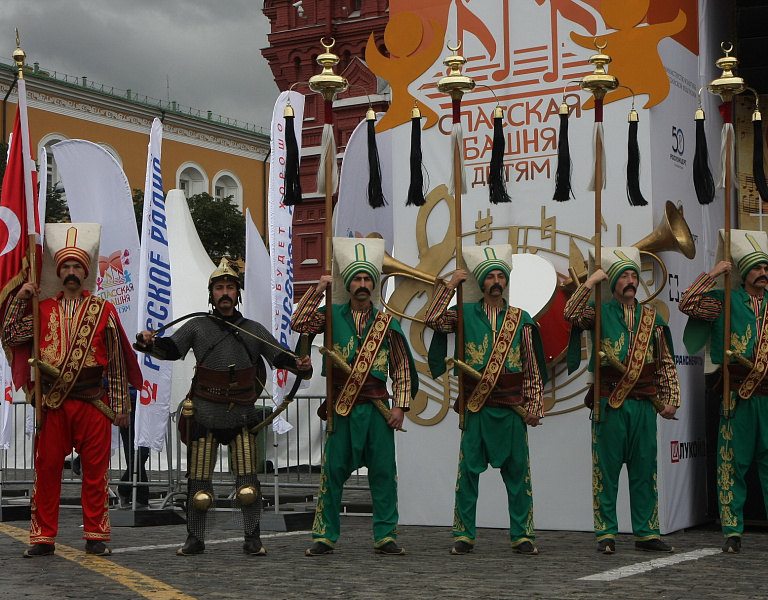 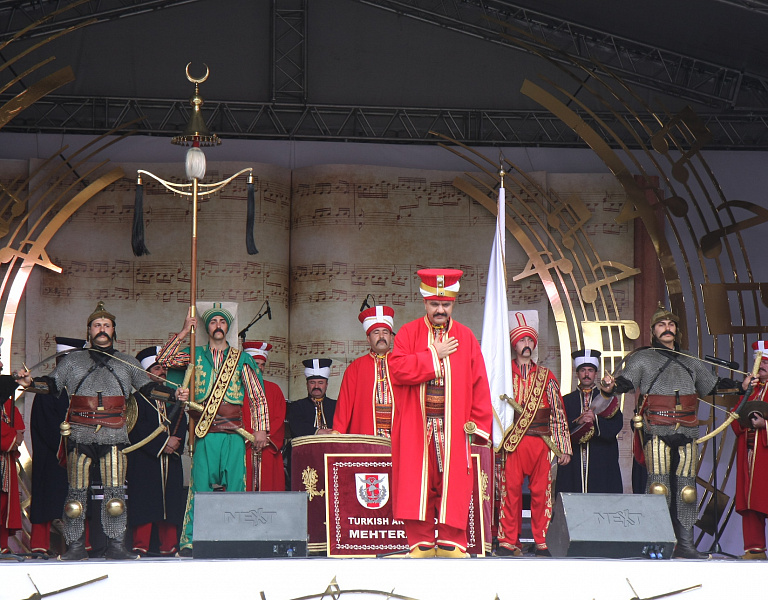 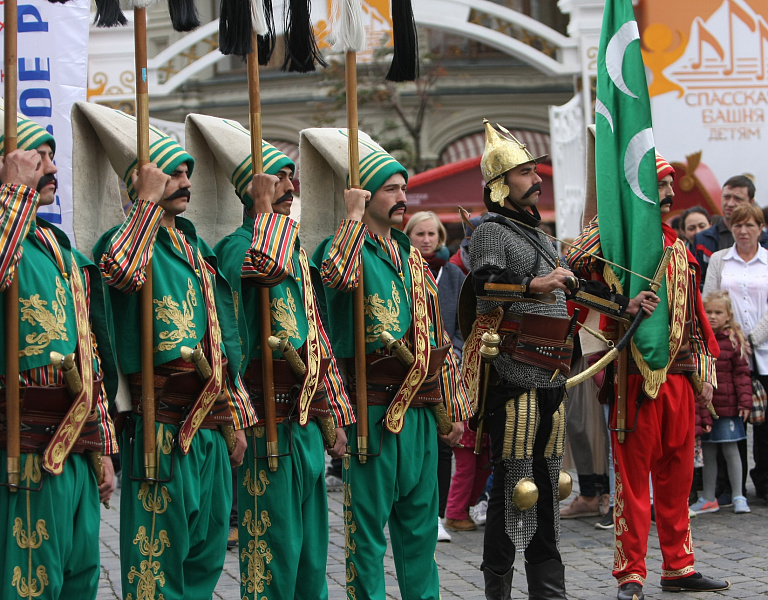 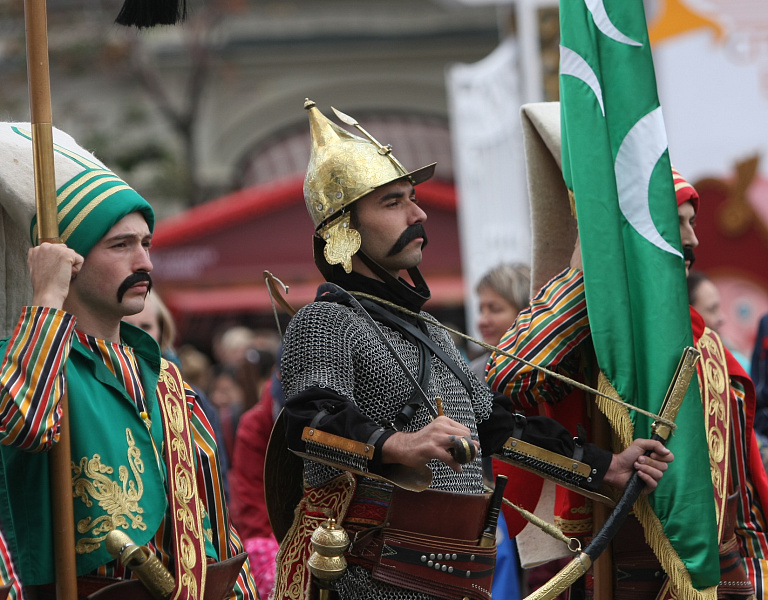 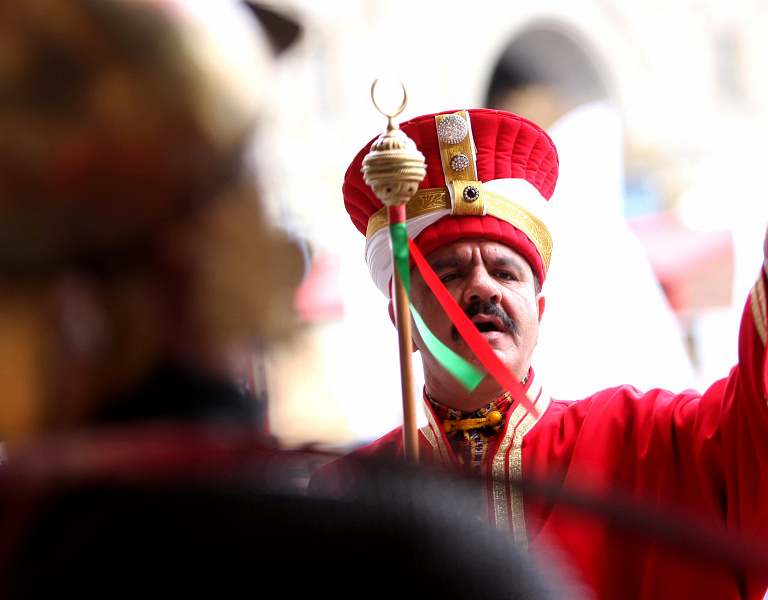 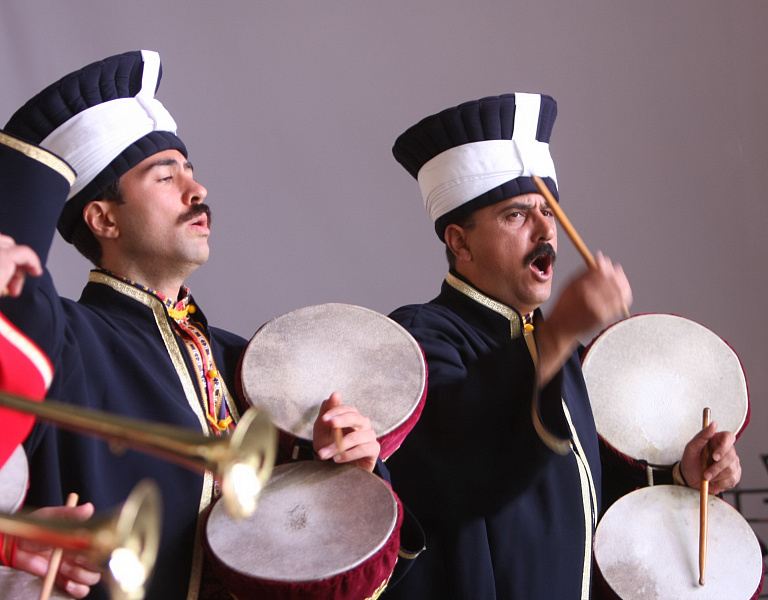 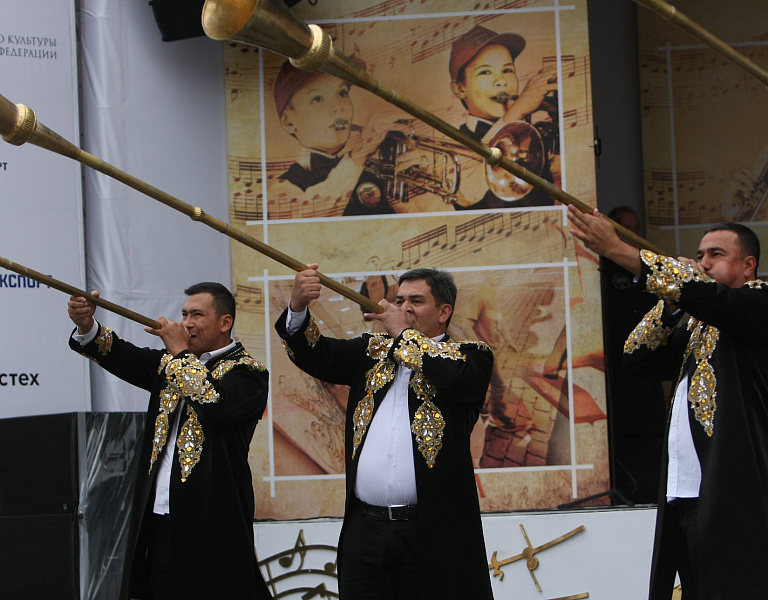 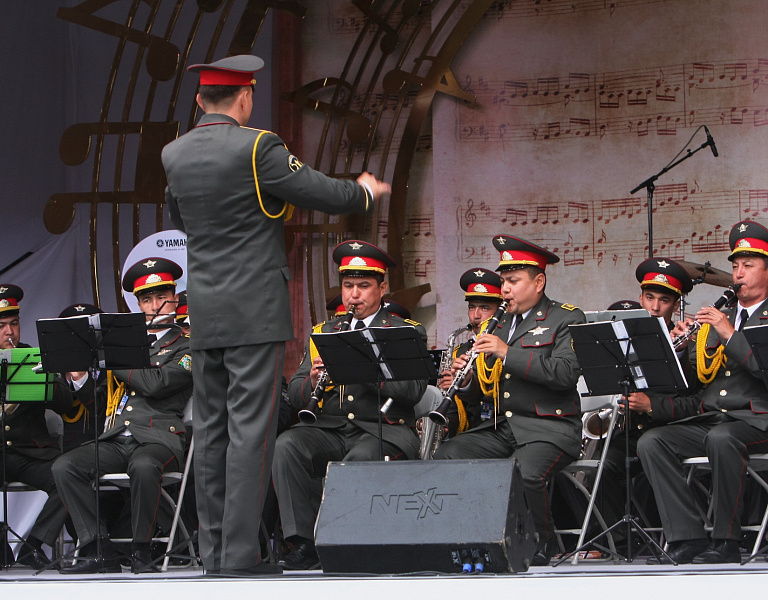 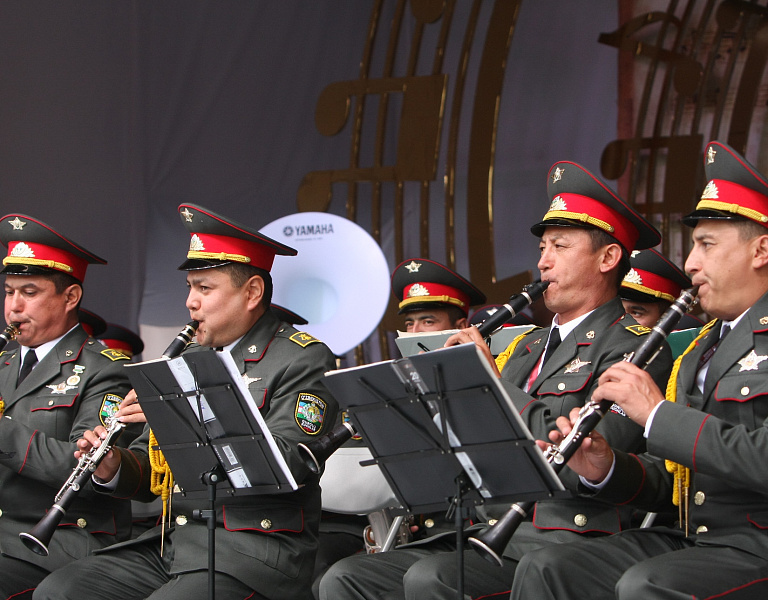 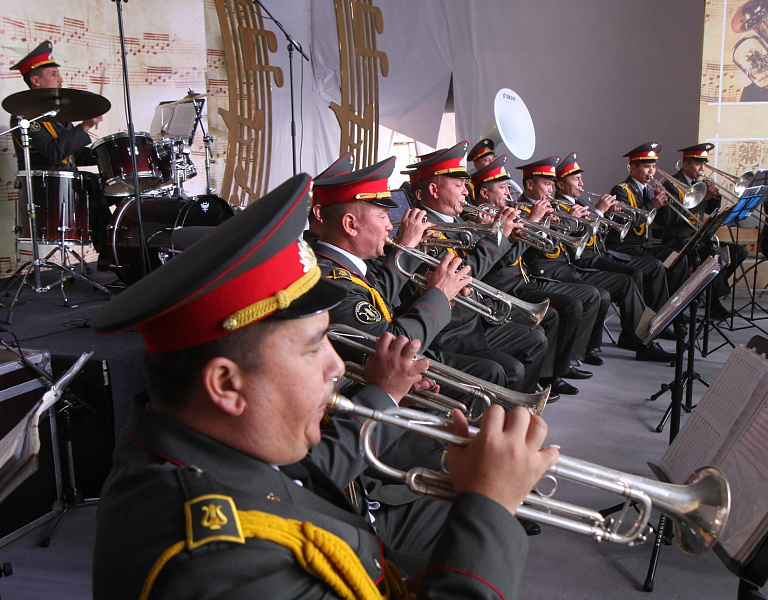 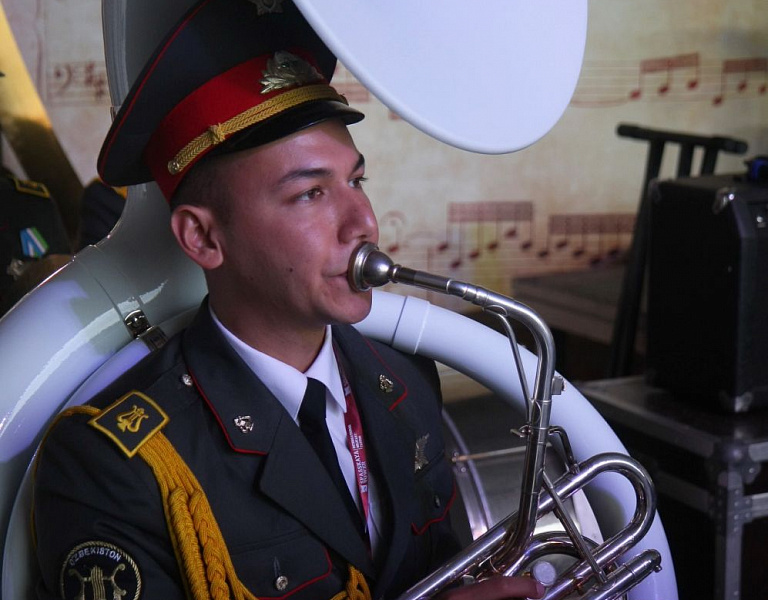 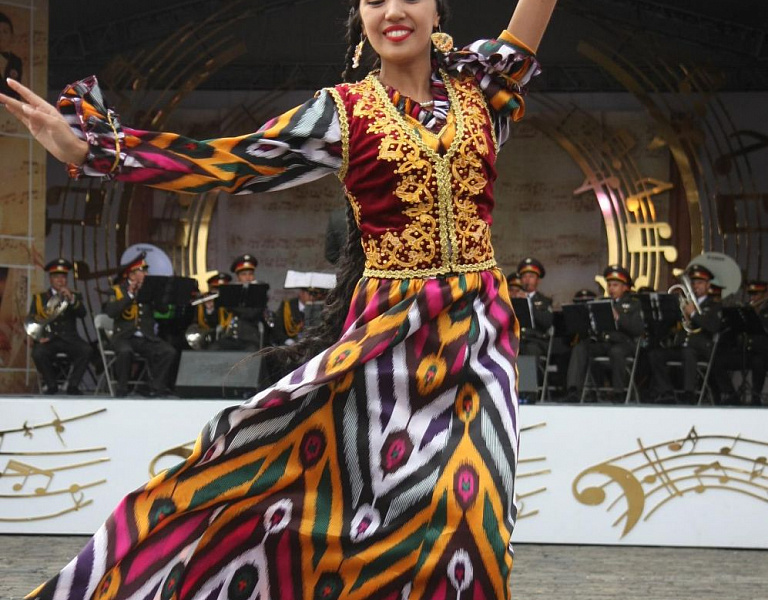 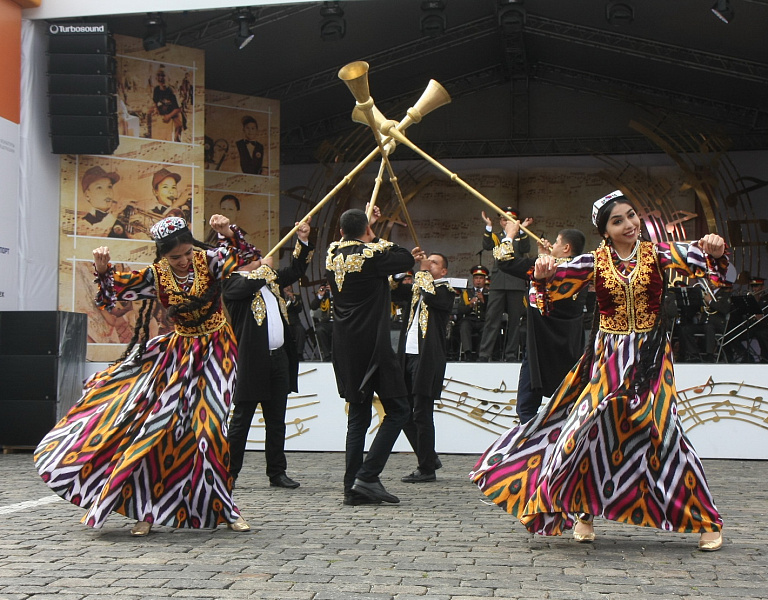