The Spasskaya Tower Festival: All Genres are Welcome

Although sticking to traditional military defiles and open-ground concerts, military bands, participants of this year’s production, have enriched their performances with unusual twists. Thus, the Band of the Azerbaijan Higher Military School Named after Heydar Aliyev brought to Moscow a dance team. Dressed in traditional costumes, dancers from Azerbaijan vibrantly performed to the sounds of traditional drums. Then, following the main theme of the Solo with a Bandproduction, the leading singer of the band performed Muslim Magomaev’s Azerbaijansong that was enthusiastically received by the stands.

HANNURI Yeonhui Team of Korean National University of Arts from the Republic of Korea is another highlight of the 2019 run. Their performance on Red Square is literally spinning round. Sounds of drums, pipes and cymbals start filling Red Square. Dressed in traditional old-times costumes, artists burst into the cobblestones like four nature elements imbue our lives. United by a beautiful and remarkable dancing, musicians spin round, perform intricate elements and difficult acrobatic tricks. When watching from the stands, the smooth movements of the artists look like strokes of a painter. Only instead of pencils they use their unusual headwear topped with white long ribbons. Ribbons flow in the air following the spinning movements of the artists’ head forming a beautiful pattern.

Like the Festival’s pre-premier show, the second night featured beautiful Tamara Gverdtsiteli, People’s Artist of Russia and Georgia, and literally the heart and soul of the Spasskaya Tower International Military Tattoo. Accompanied by the Central Military Band of the Russian Ministry of Defense under the lead of Colonel Sergey Durygin, Head of the Band and Honored Artist of Russia, she performed two songs. Her performance was so sincere and profound that nobody was left untouched. Audiences will have another two chances to listen to the incredible voice of Tamara Gverdtsiteli on August 25 and 29.

To finish strong, all the participants of this year’s Solo with a Bandproduction united into the Spasskaya Tower Combined Band performed a medley of Russian popular songs with guests on the stands now being the soloists. Conducted by Major General Timofey Mayakin, Head of the Military Band Music Service of the Russian Armed Forces – Chief Military Conductor and Music Director of the Festival, it also performed Tchaikovsky’s 1812 Overtureand Agapkin’s Farewell of Slavianka.

The splendid fireworks high above in Moscow’s night sky, as usual, closed off the show on Red Square.

This evening the stands of the Festival welcomed Mr. Leonid Roshal, a noted Russian pediatrician, expert for the World Health Organization and chairman of International Charity Fund to Help Children in Disasters and Wars; Mr. Havier Gomez, Director of the Cordoba Equestrian School from Spain; and Major General Andrey Filyakin, Commander of the Presidential Regiment. 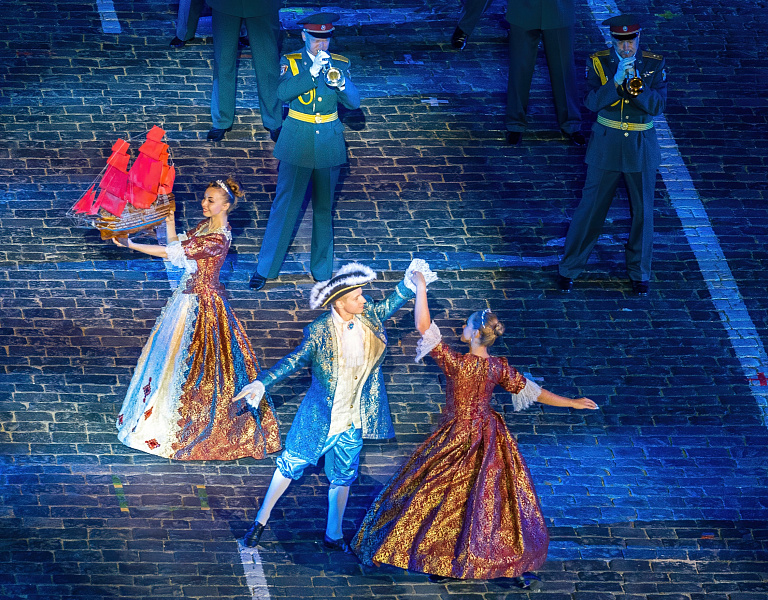 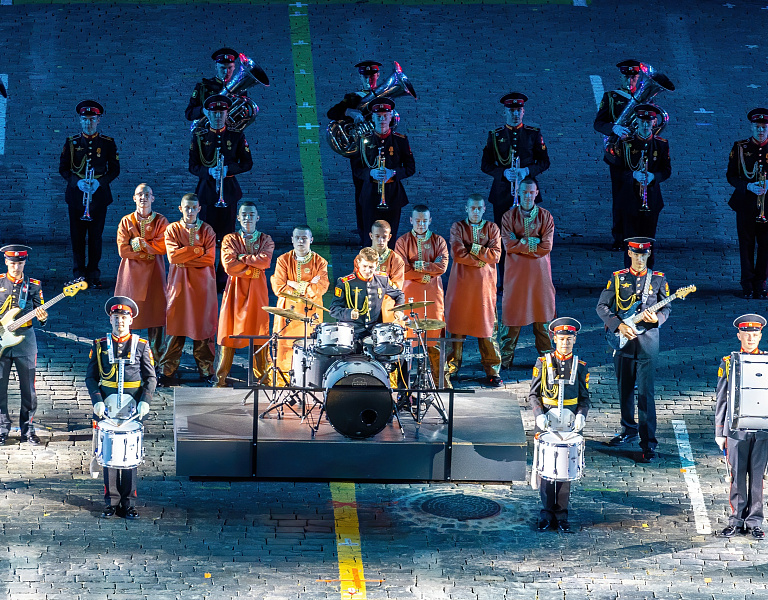 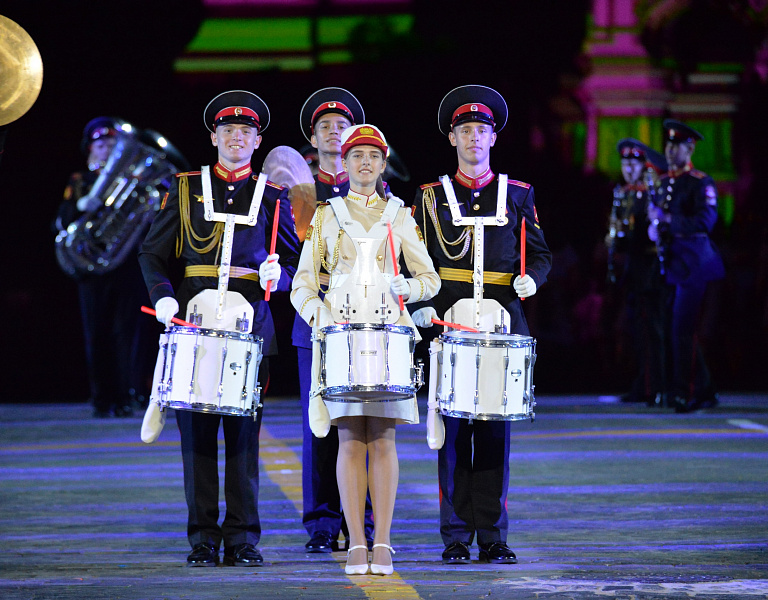 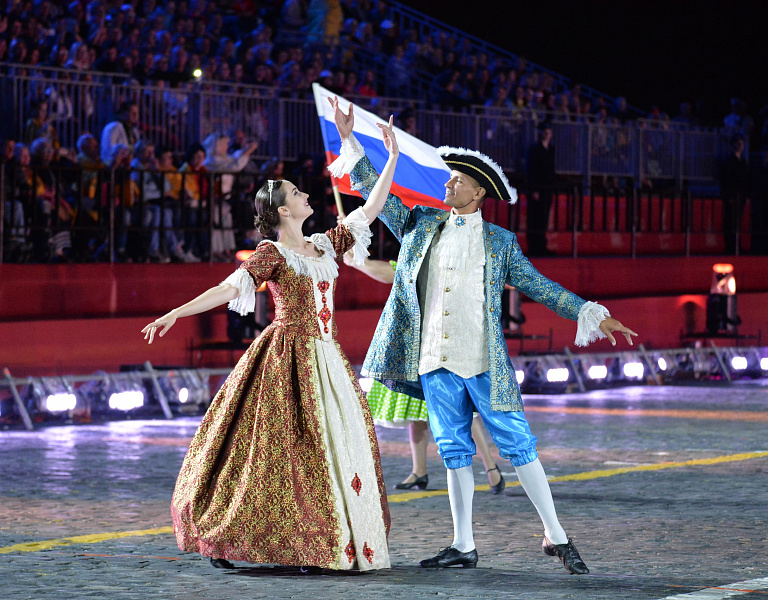 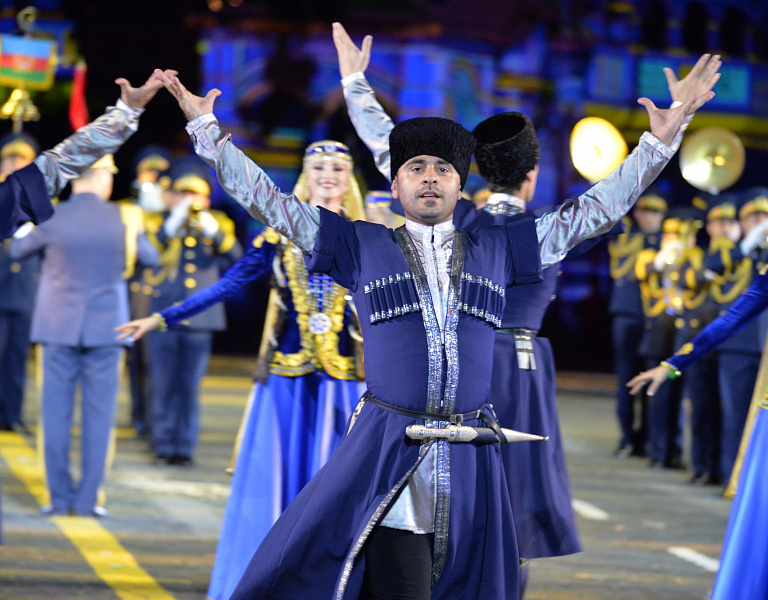 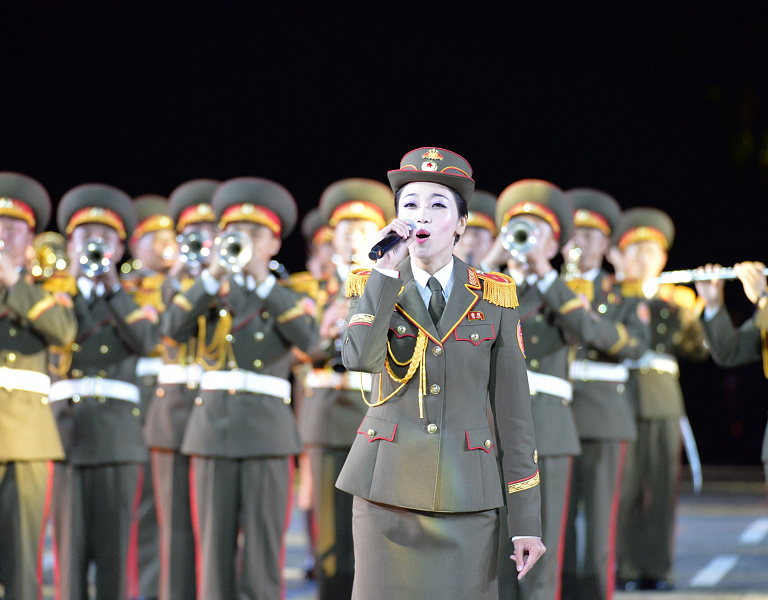 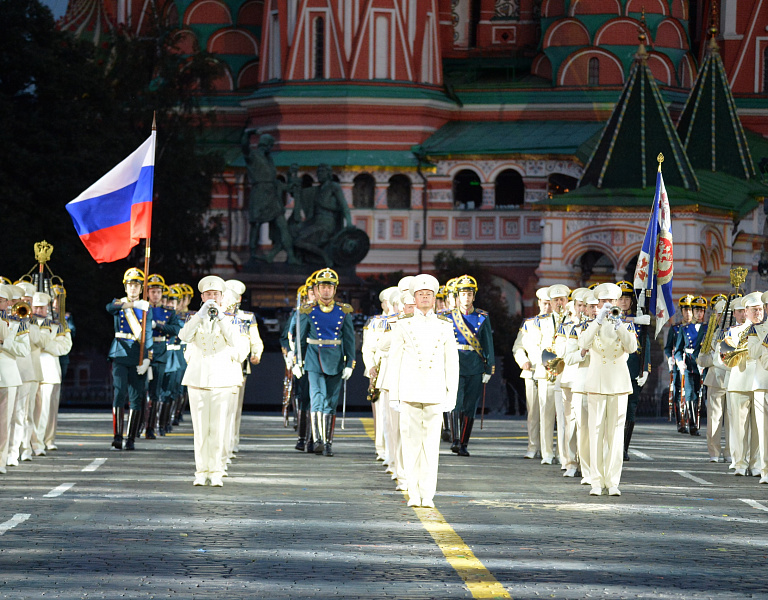 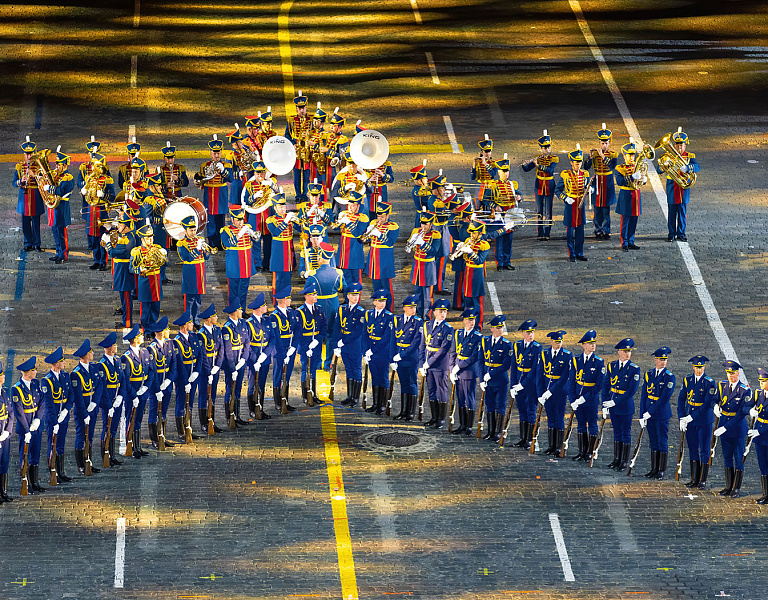 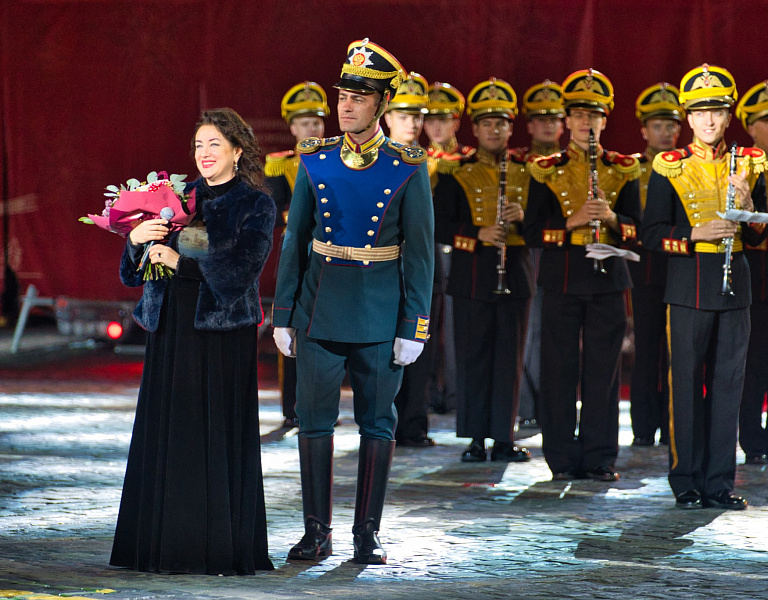