Established in 1918, the President’s Band of the Moscow Kremlin Commandant’s Service of the Federal Guard Service of the Russian Federation is the leading military ensemble that performs at official state ceremonies and events with the participation of  officials, heads of states, governments and diplomatic delegations.

It is worth noting that in the autumn of 2004 the Cathedral Square of Moscow’s Kremlin saw the rebirth of the tradition of holding the ceremonial foot and horse guard mounting. Performed by the Presidential Regiment, the ceremony features not only elements characteristic of the traditional guard mounting and ceremonial marching parade, but also a demonstration of various arm drills and elements of the horse carousel. As a matter of the longstanding tradition, the ceremony is accompanied by the sounds of Russian traditional military music performed by the President’s Band.

The ensemble actively tours both in Russia and abroad, performs at the world’s best concert venues and takes part in big international music festivals. With a wind, symphonic and symphonic jazz teams the ensemble has a broad repertoire with a huge variety of compositions, from classical and folk to rock and pop. Military musicians work closely with Russian and foreign celebrities, including Alexandra Pakhmutova, Aria rock band, Djivan Gasparyan, Andrea Bocelli, Ken Hensley, and the iconic Scorpions.

This year the President’s Band has prepared a surprise for all the audiences of the Twelfth Spasskaya Tower International Military Music Festival. They will perform on Red Square together with famous guitar player and sound producer Dmitriy Chetvergov and his band. 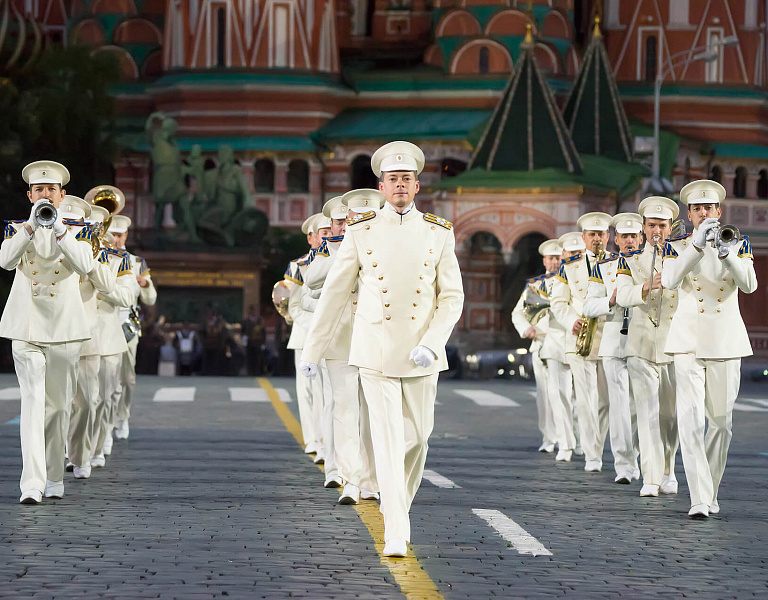 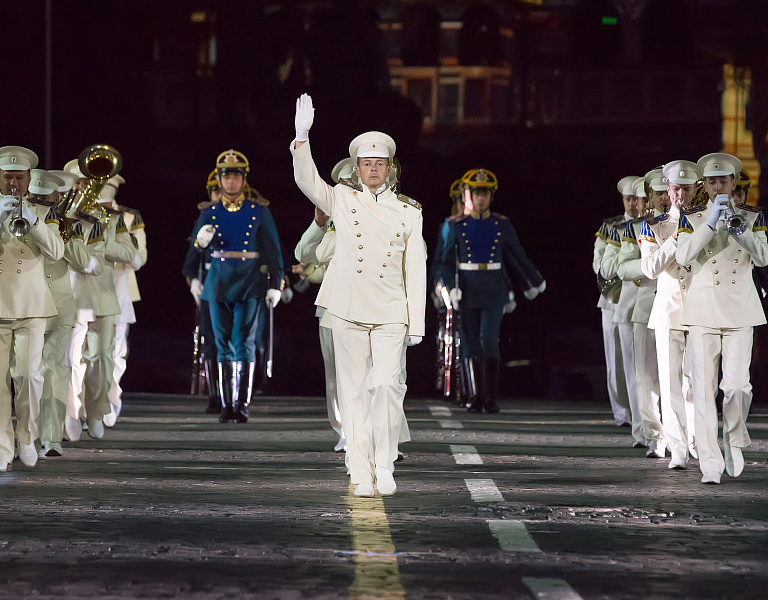 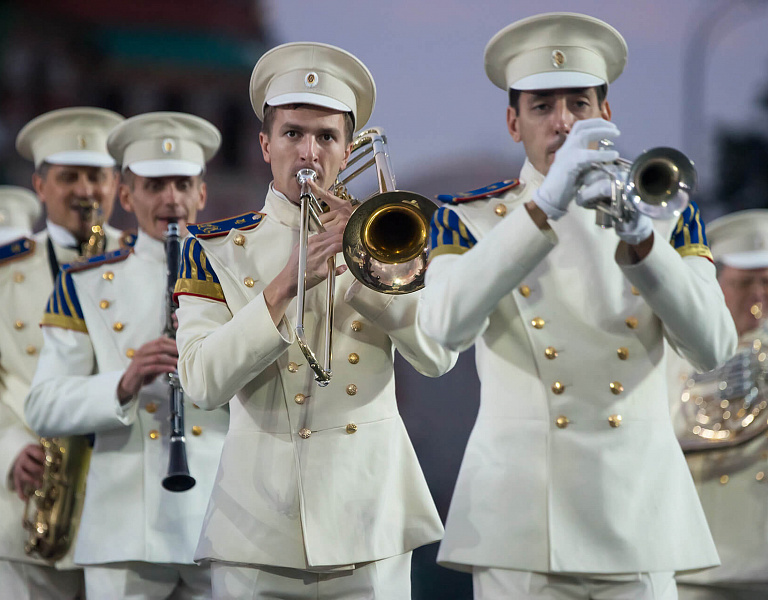 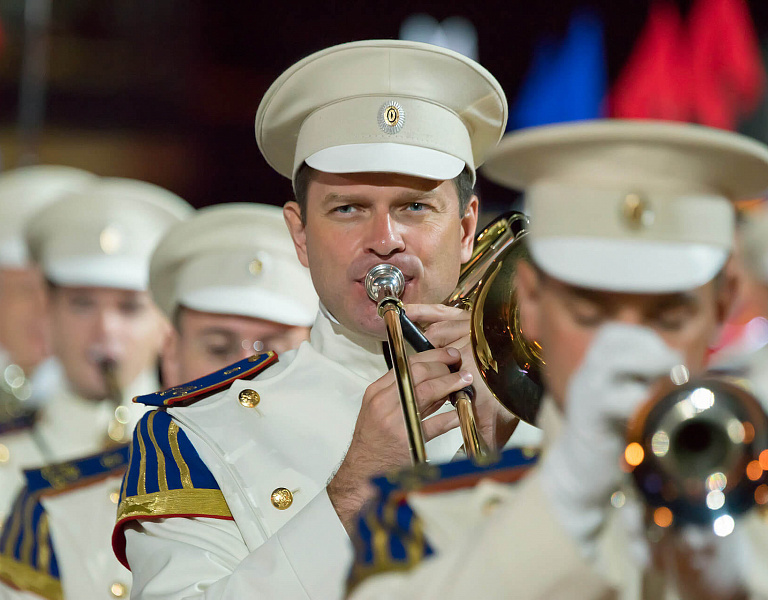 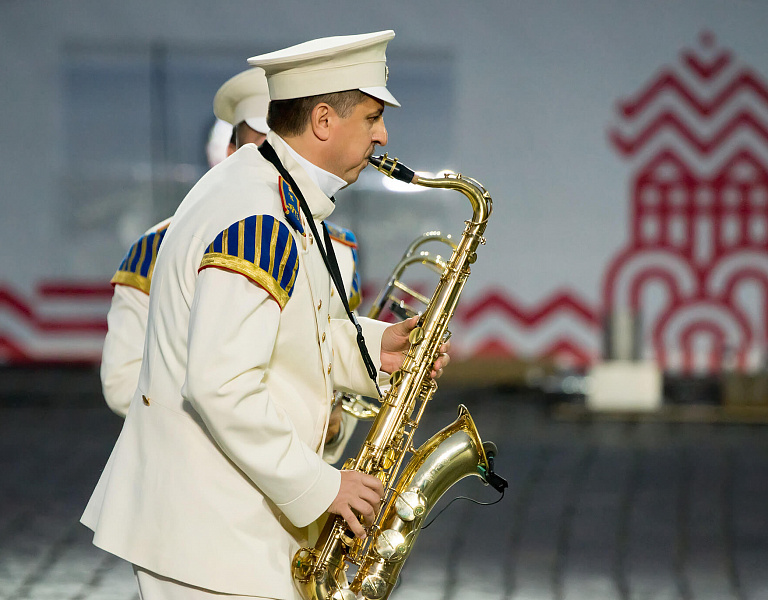 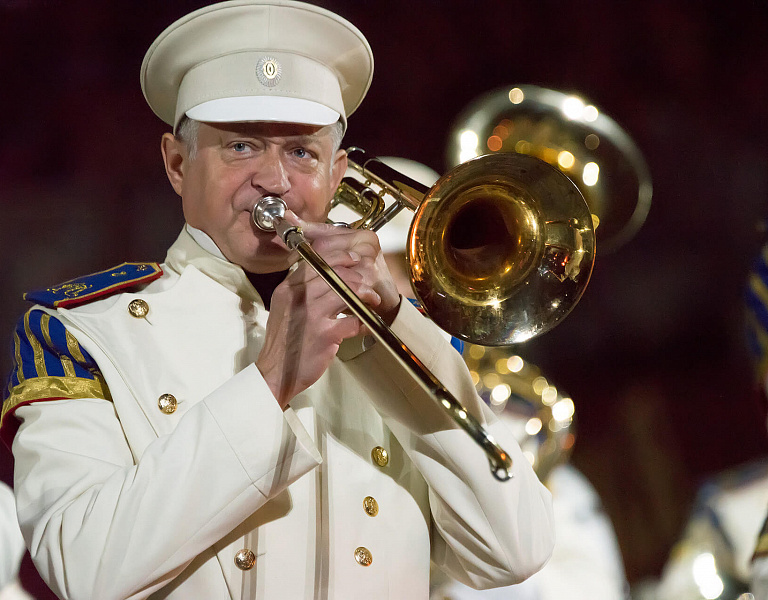 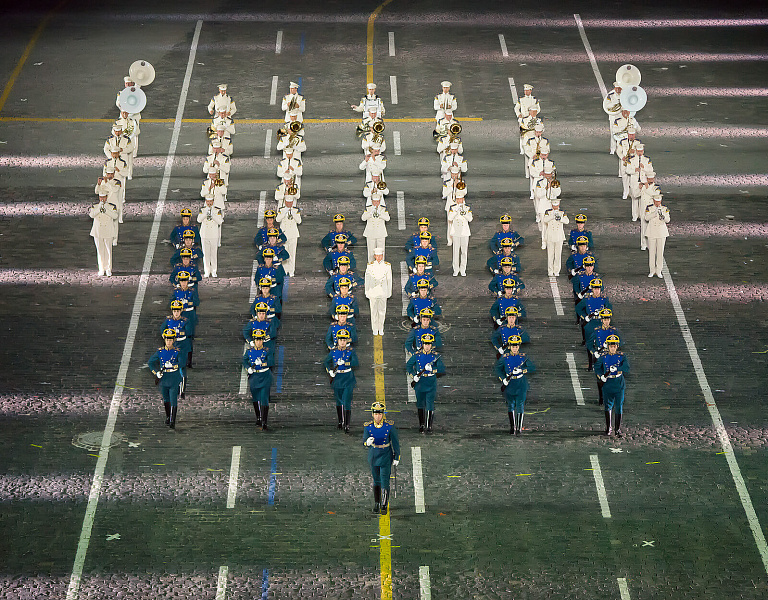 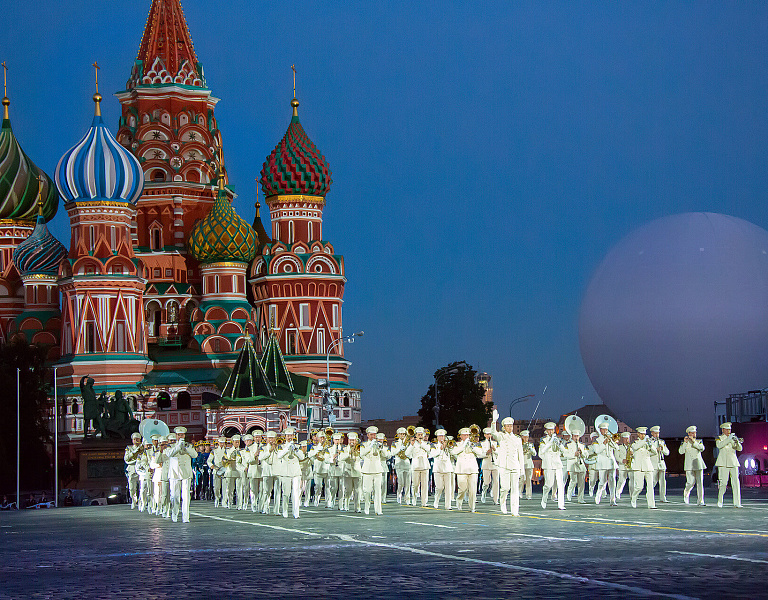 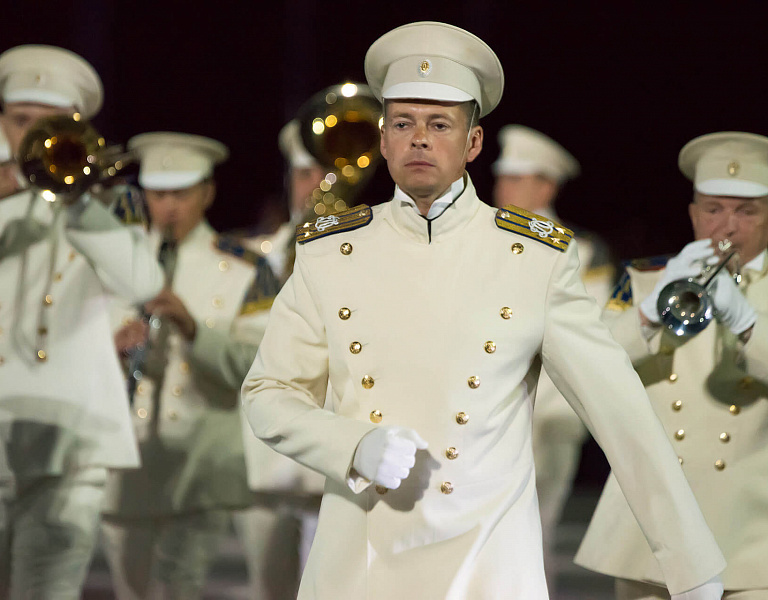 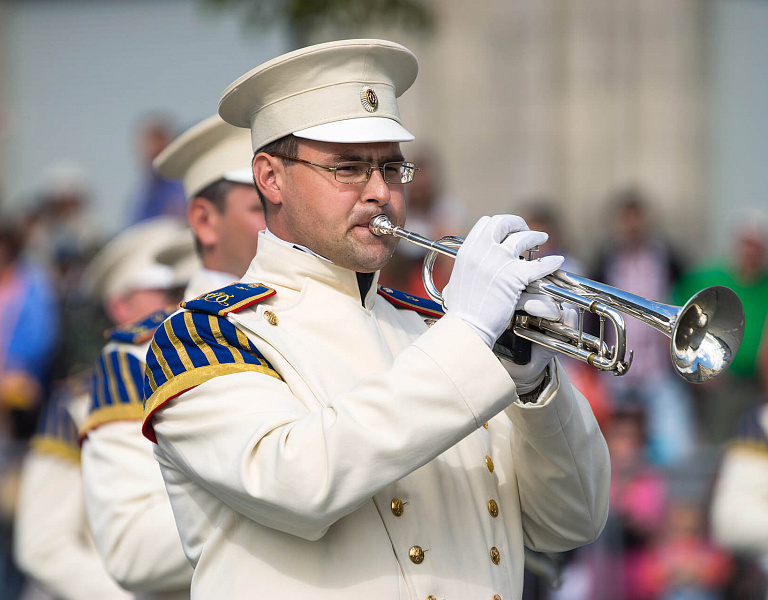 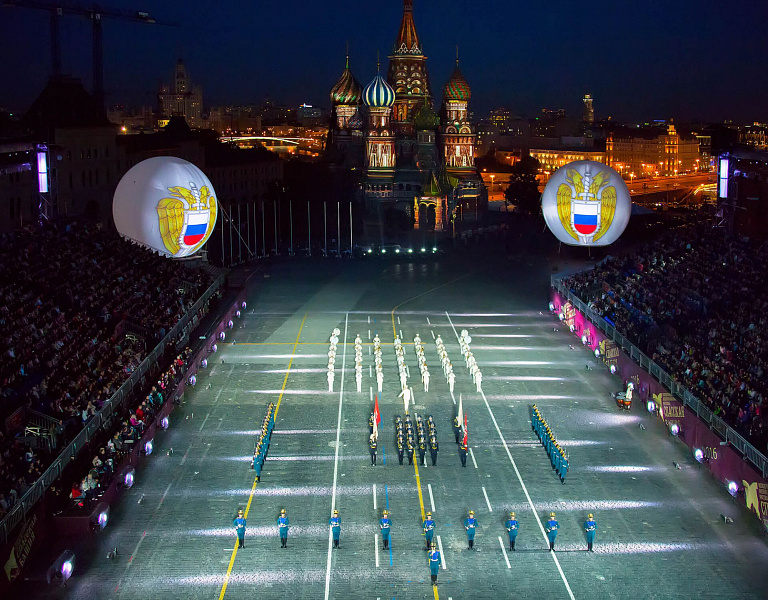 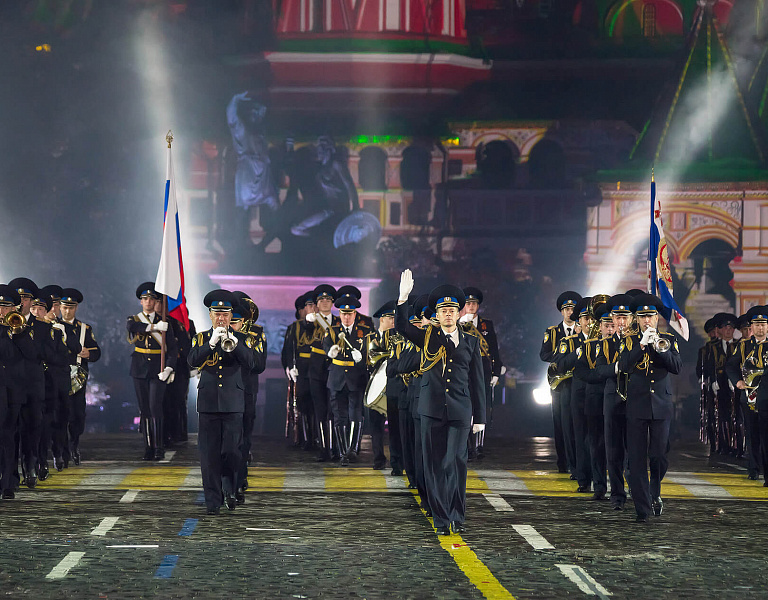 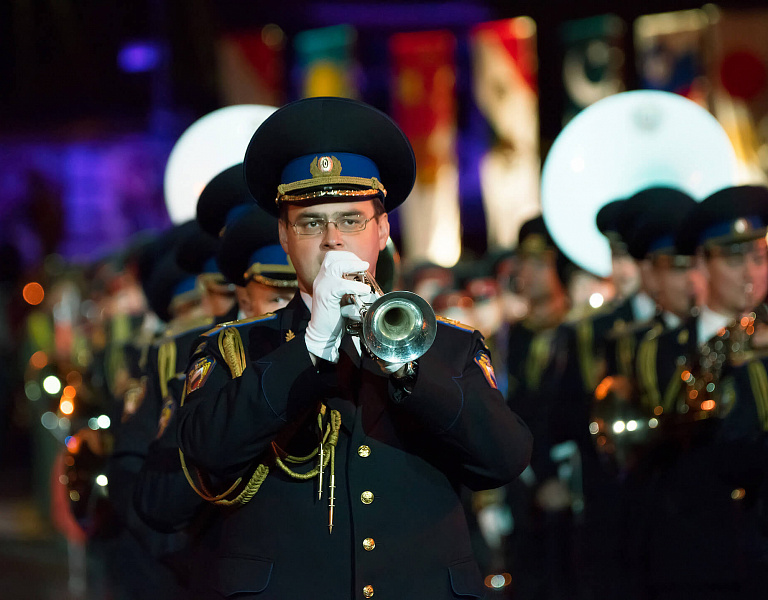 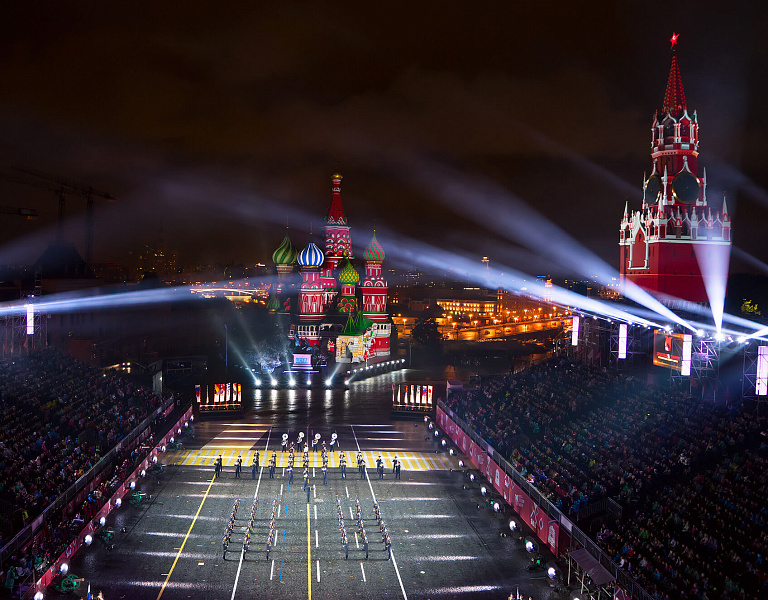