Today, on September 9, the Presidential Orchestra, Special Guard Company of the Kremlin Regiment, military orchestra of the garrison and joint military band of the garrison performed in the Lenin Square.

On a sunny morning, a great number of  residents took part in the festive procession to celebrate the 135th anniversary of the island capital. The performance of military bands — participants of the «Spasskaya Tower on Sakhalin» festival held in the Lenin Square — was a nice gift to the city.

The musicians of the Presidential Orchestra of the Moscow Kremlin Commandant’s Service of Russia’s FGS, dressed in white ceremonial stylized uniform, demonstrated the citizens an impeccable performance of solemn marches that evoke delight and awe in the soul. The Special Guard Company of the Kremlin Regiment impressed the audience with its demonstration performance. Each of the Kremlin guardsmen demonstrated perfect combat skills, as well as ability to handle weapons.

After the performance of the guests from the Russian capital, a festive procession began in the main square of the regional center. One of the columns walking through the Lenin Square was headed by the military orchestra of the garrison. The musicians of the combined military band of the garrison also entered the square, heading the column. Guests from Mongolia gave the residents a , performing the best songs from their repertoire. The highlight of this performance was the song by Eduard Kolmanovsky «I Love You, Life», which was performed by the soloist of the orchestra Batbaatar Bayanbileg.

The audience thanked all participants of the «Spasskaya Tower on Sakhalin» festival, who took part in the celebration of the anniversary of the island capital with prolonged applause. 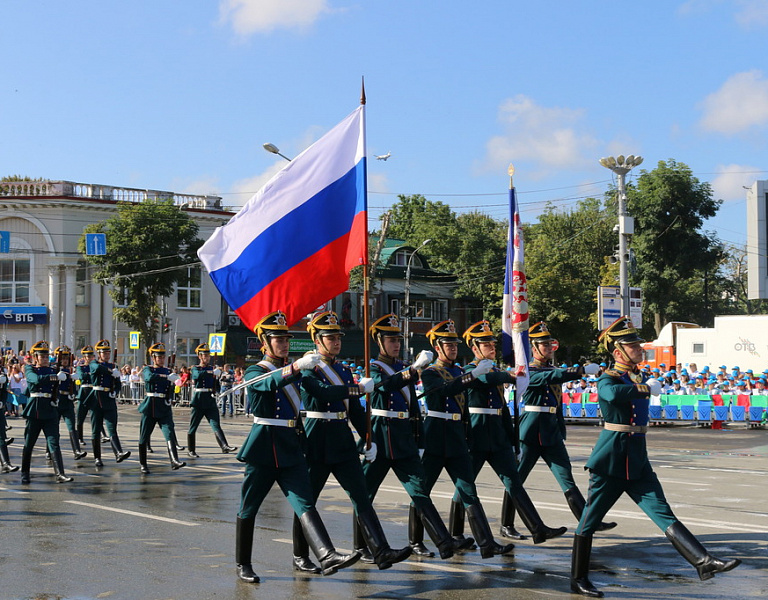 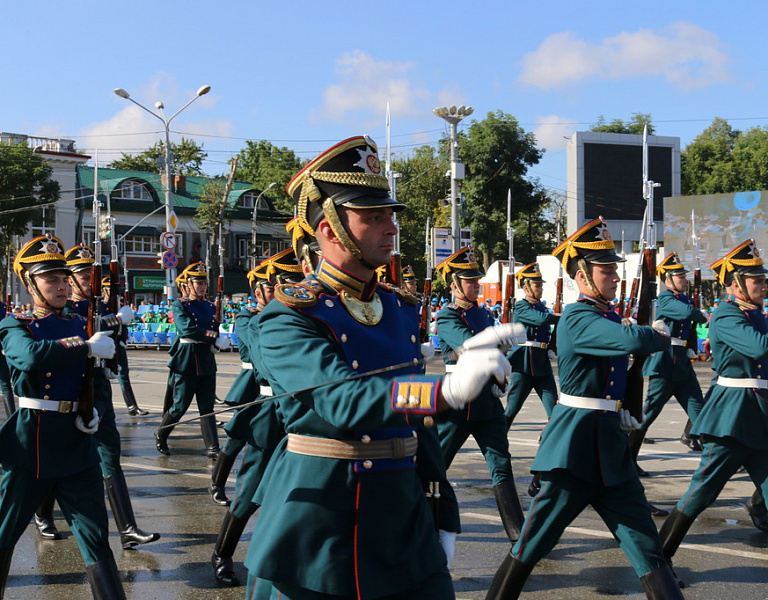 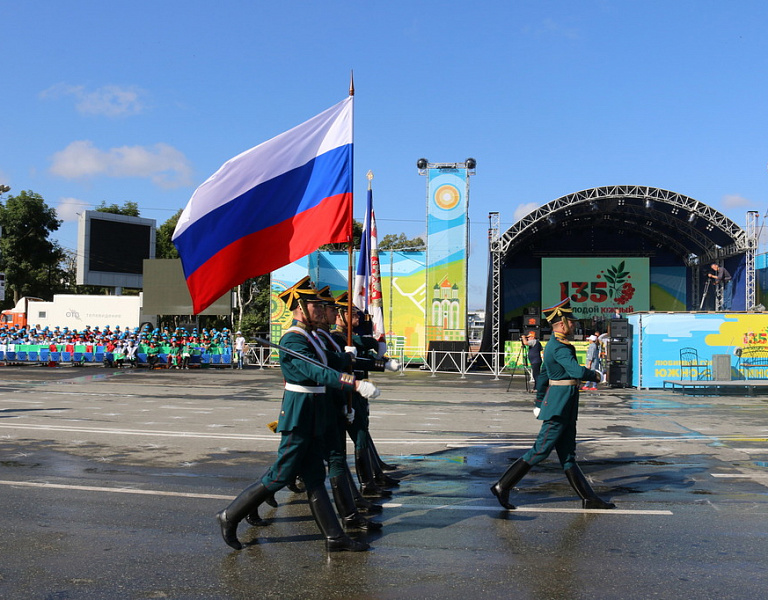 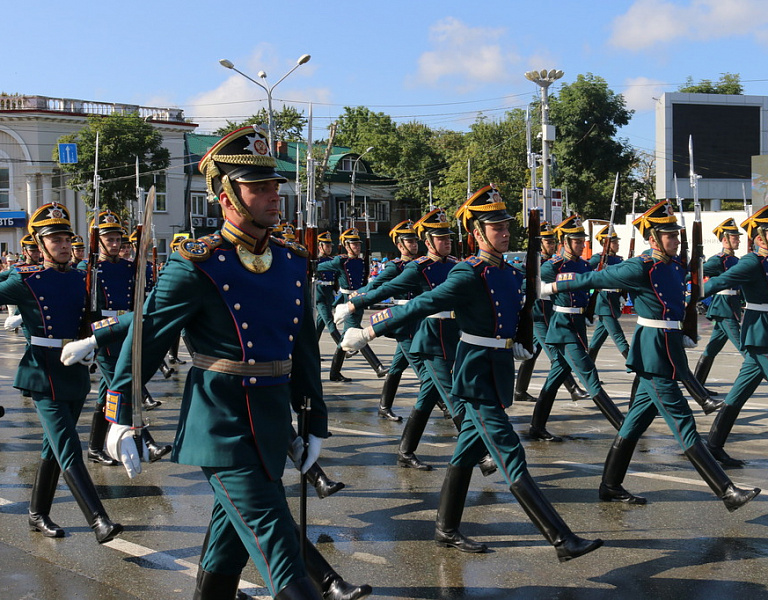 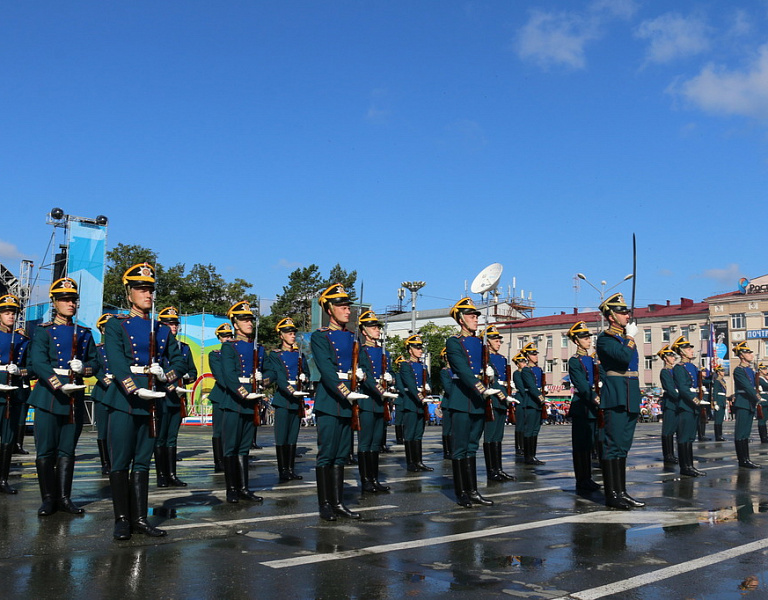 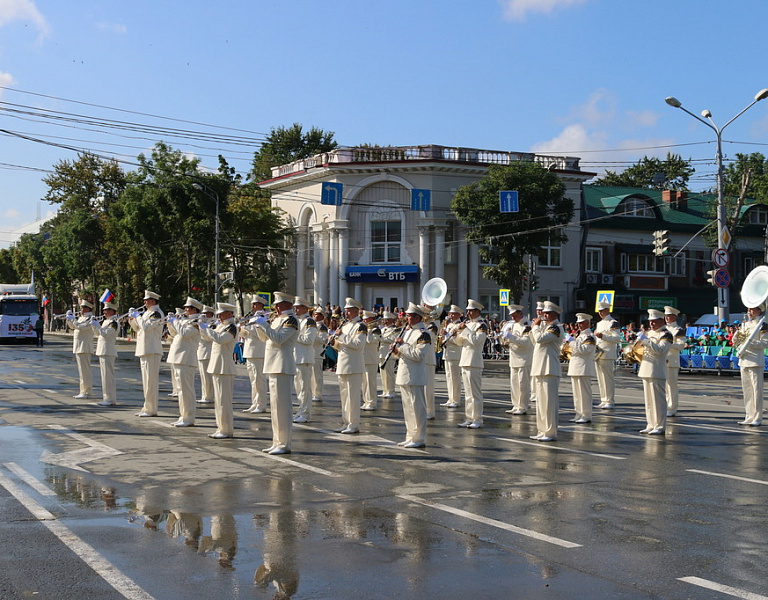 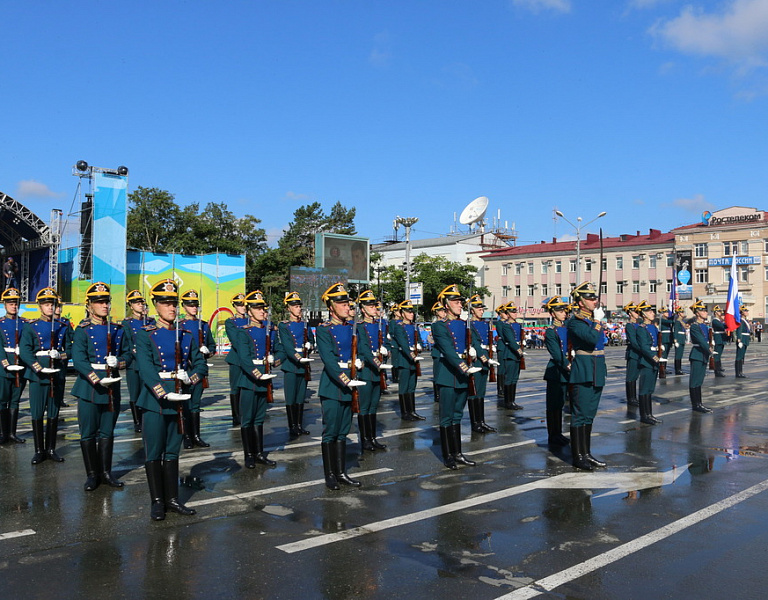 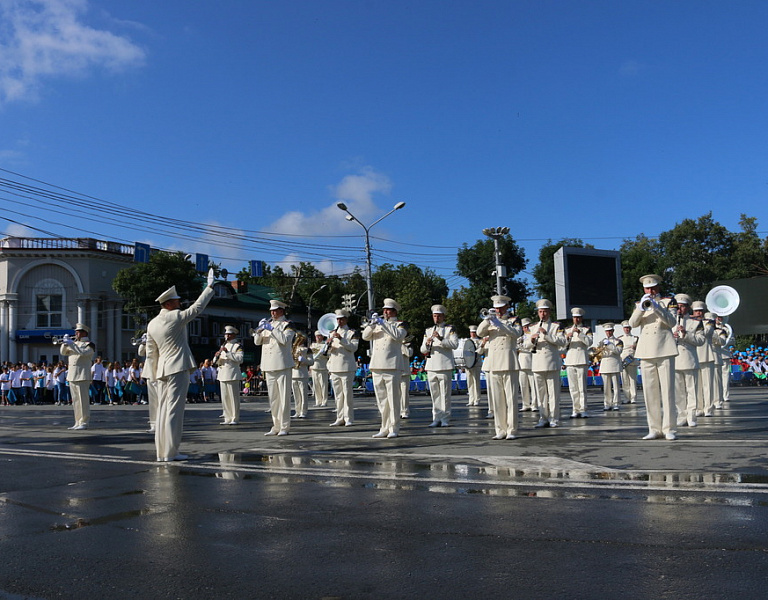 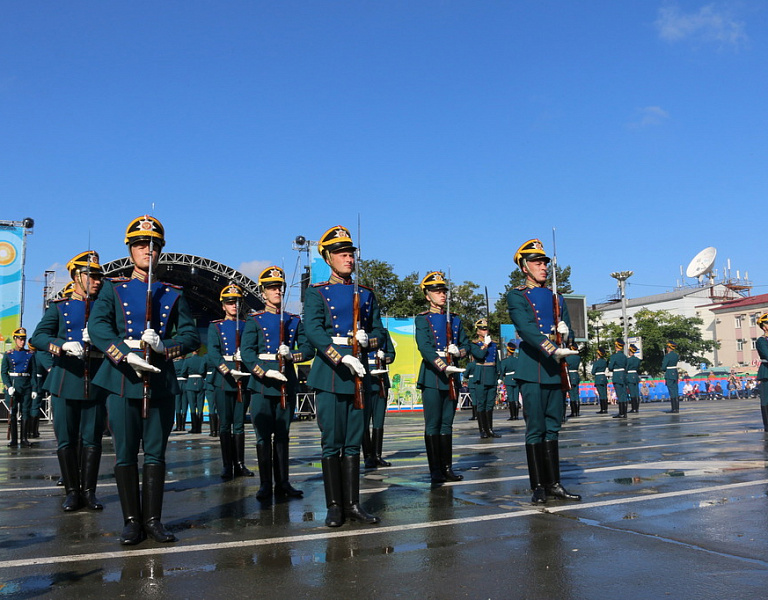 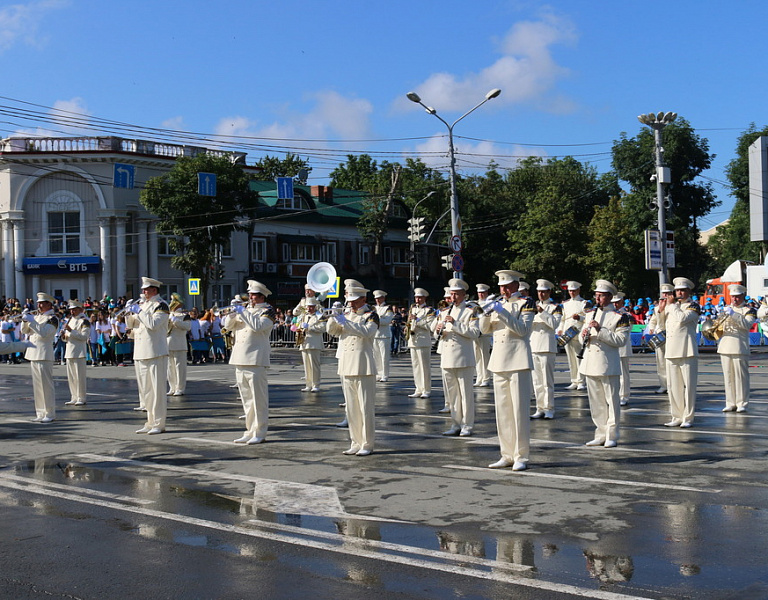 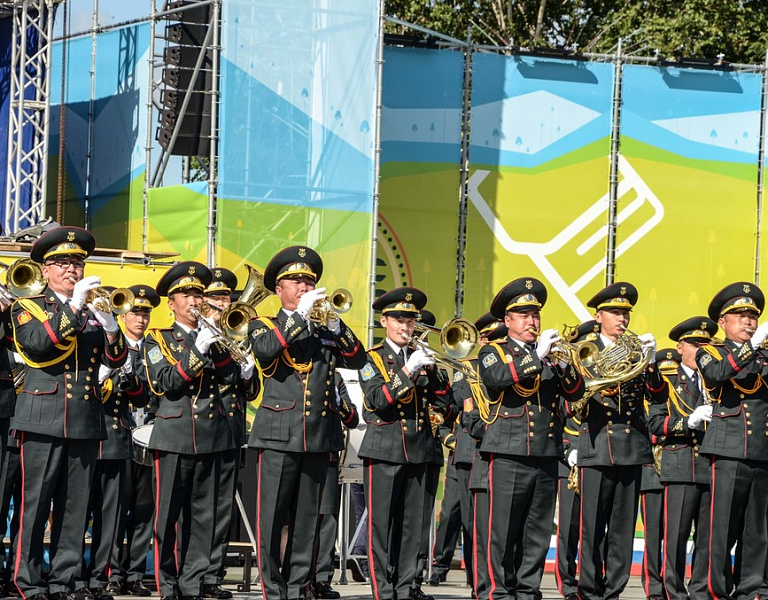 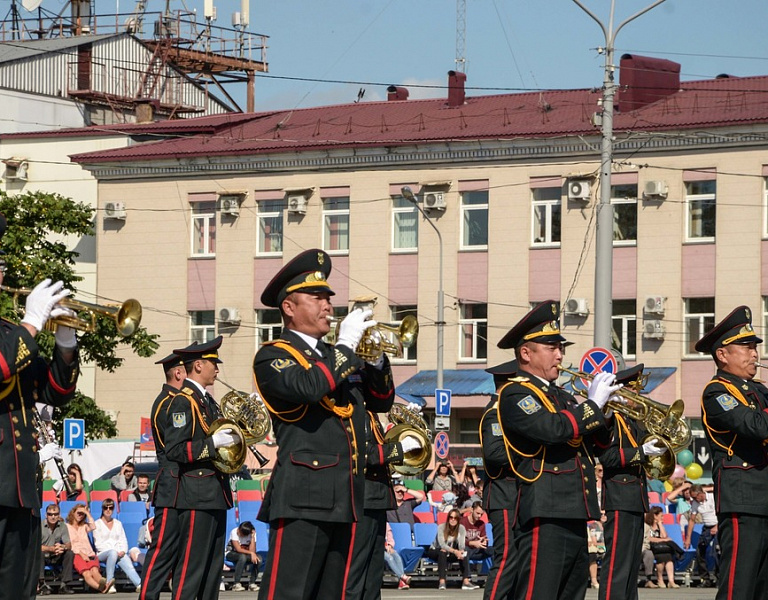 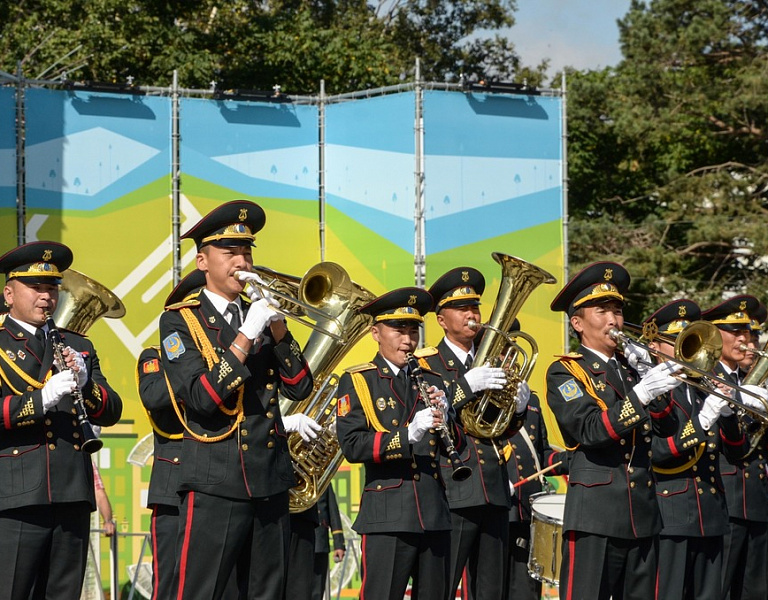 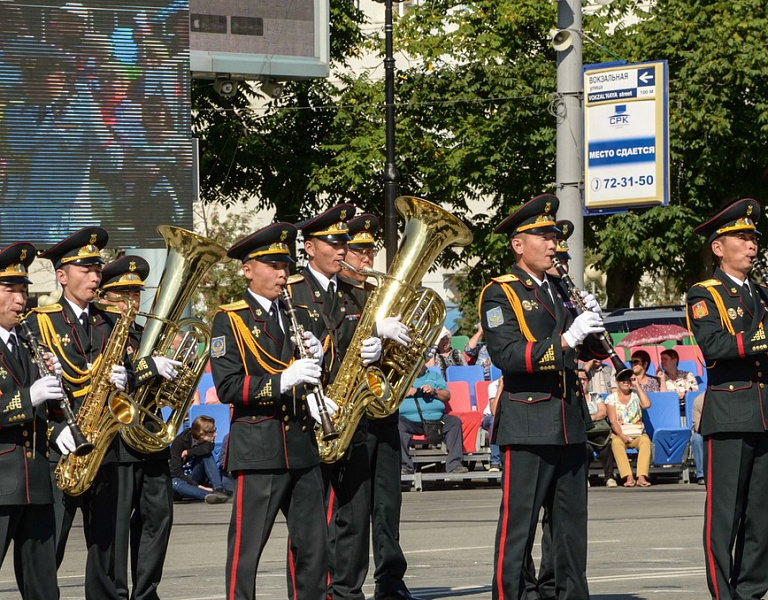 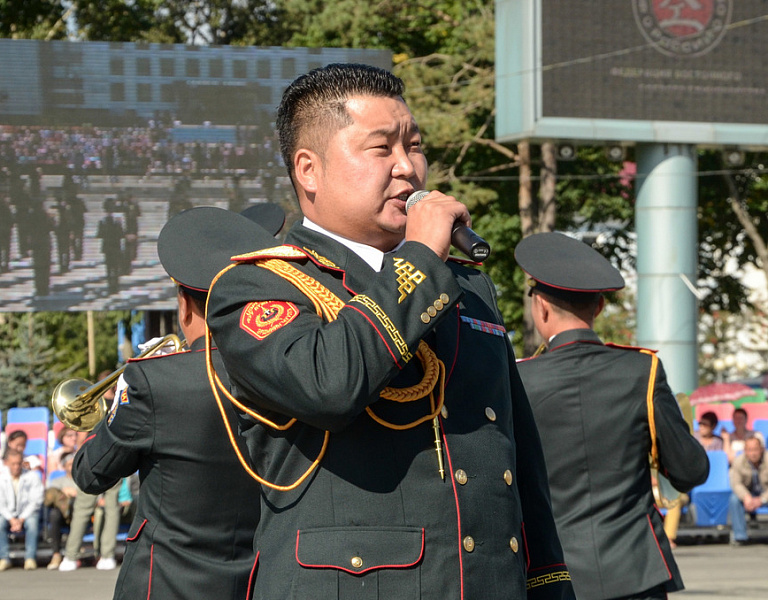 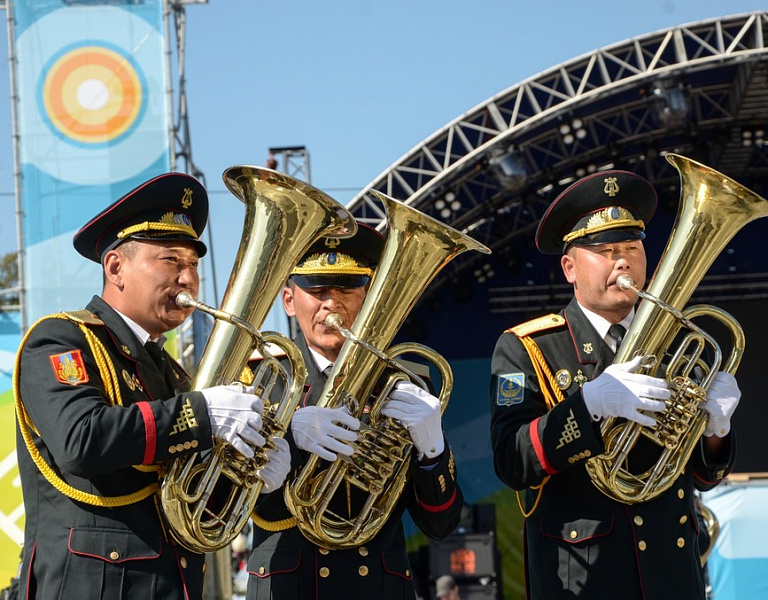