This Saturday, June 6, Moscow’s Bauman Garden once again welcomed the Military Bands in the City Parks, a special project carried out by the Directorate of the Spasskaya Tower Festival and supported by the Russian Ministry of Defense and Moscow’ Department of Culture. This time it featured the Band of the Combined Arms Academy of the Russian Armed Forces. Led by Lieutenant Colonel Sergey Kolesnikov, Head of the Band and military conductor, the group stepped onto the garden’s summer stage.

While introducing the band the host told that its history dates back to 1931. Before the Great Patriotic War it used to perform at various city concert venues, parks and gardens. But it was after the war that the ensemble reached its artistic peak. It performed onstage of the Kremlin Palace of Congresses, Pillar Hall of Unions, Tchaikovsky Concert Hall and Moscow State Conservatory, recorded seven CDs with more than 120 music pieces by Russian and foreign authors.

In Bauman Garden the band presented a program put together only from Russian and Soviet compositions. According to Lieutenant Colonel Sergey Kolesnikov, the band elaborated it especially for the Military Bands in the City Parks on request of the Spasskaya Tower Festival Directorate. Popular songs of various epochs of Russia’s history performed by Oleg Kovalenko and Daria Vorobyeva, potpourris of wind and twist compositions as well as music pieces about Moscow filled the air of that beautiful evening. “Music history of our country is so huge, so many compositions are still unknown to vast audiences that we feel the responsibility to present them to people”, told the head of the band adding that he was very happy to see many people coming despite the rainy weather. “There is nothing better than spending time outdoors listening to beautiful music”.

Despite the small rain at the beginning the concert proceeded with the sun coming out shortly. The program happened to be so vibrant that there was no way of staying still. People were waltzing and twisting. Even the conductor of band performed several twist steps.

But this time the Bands in the City Parks also turned to be very emotional bringing out joy, nostalgia and even sorrow when the ensemble performed a song to honor the recent tragedy taken place in the Barents Sea.

The world famous Agapkin’s Farewell of Slavianka crowned the Saturday’s concert. It was performed to the sounds of thundering ovations, the best reward for any artist.

At the end of the day Sergey Kolesnikov, head and conductor of the band, told us that it was the second time that his group participated in the Bands in the City Parks. “Last year the project was dedicated to honoring balls with its waltzes, polkas and polonaises. We performed in Vorontsov Park and saw people dancing all the time. Today we’ve presented a completely different program. We hope that the audience has enjoyed it as much as we do”, he added. As far as the band’s concert life is concerned, lieutenant colonel told that for instance the group was focused on concert venues of Moscow and its region but dreamt of stepping out of its comfort zone to tour across the country. 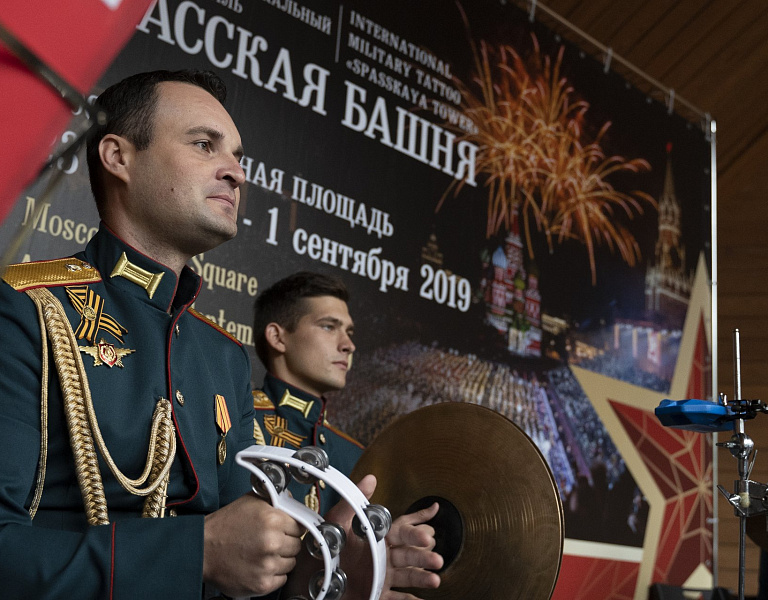 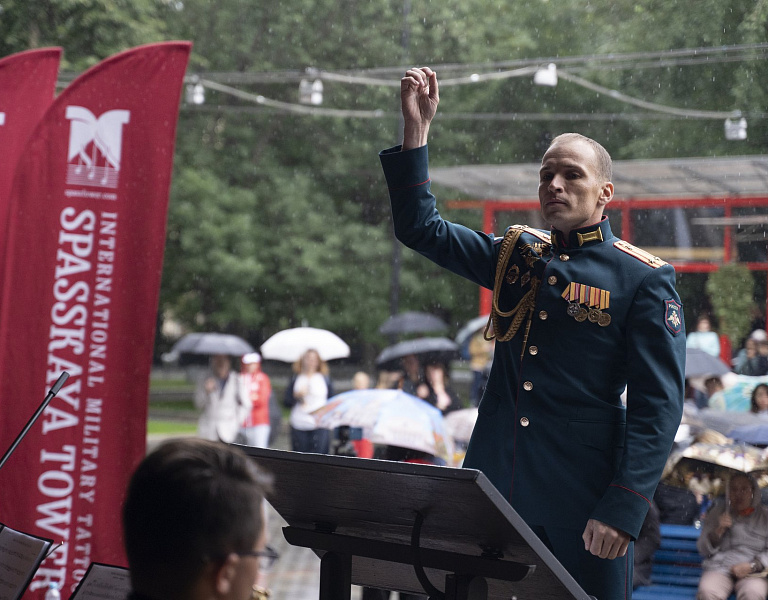 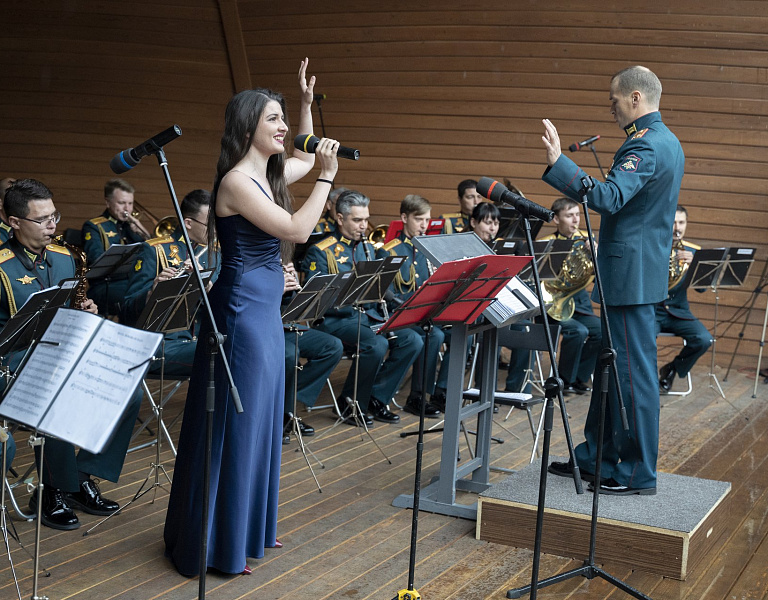 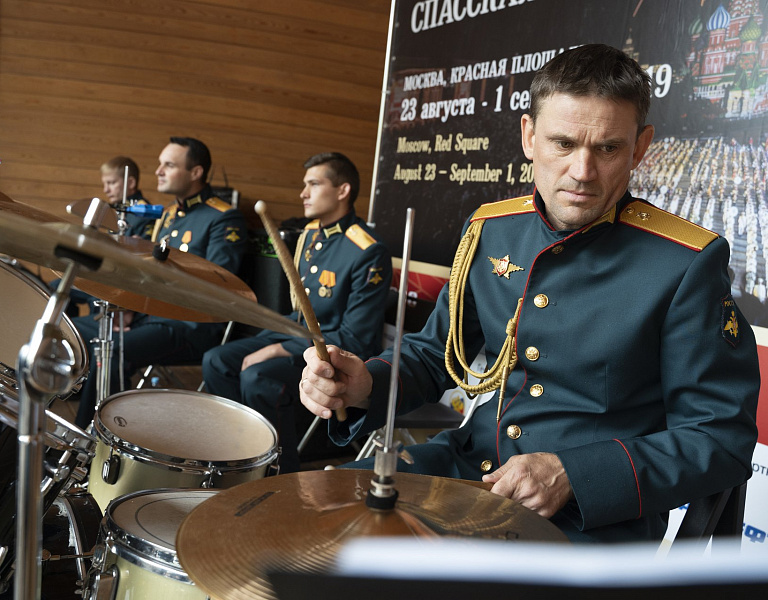 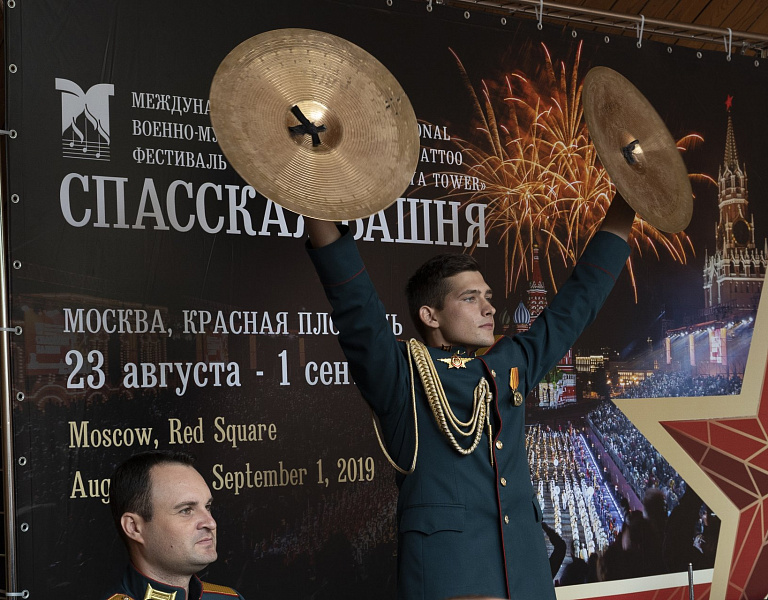 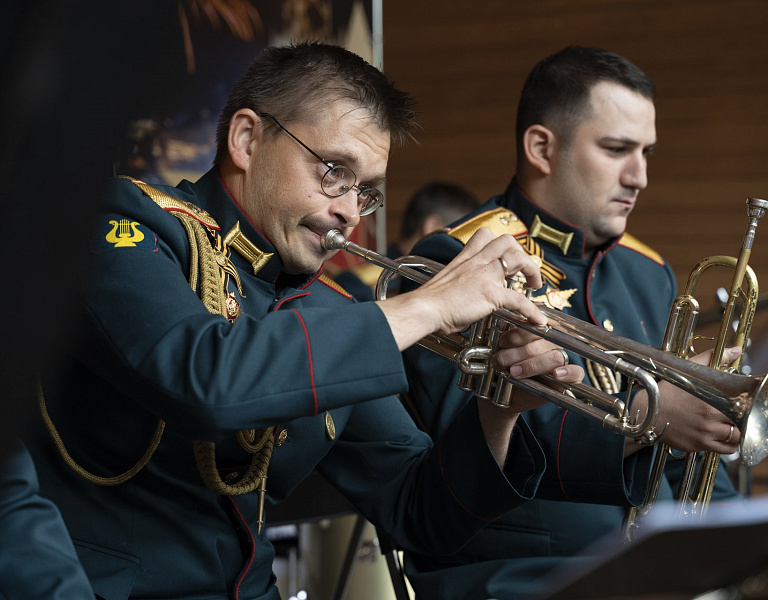 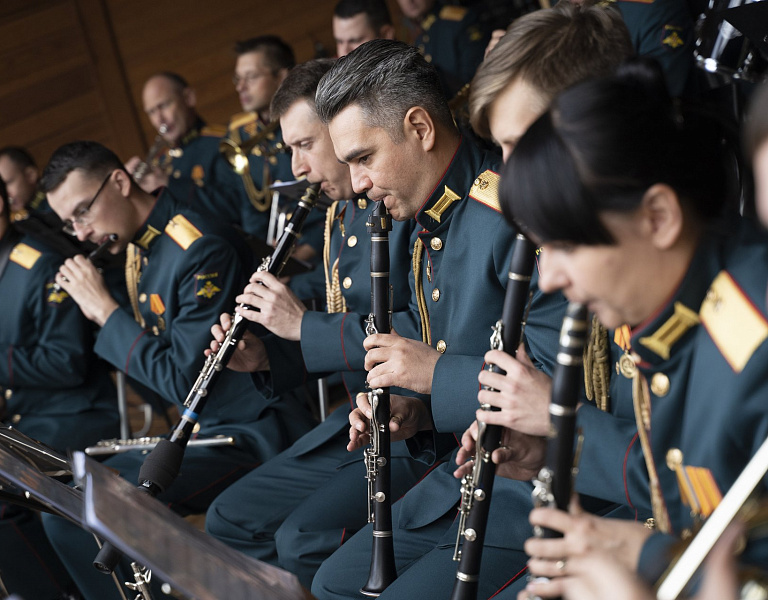 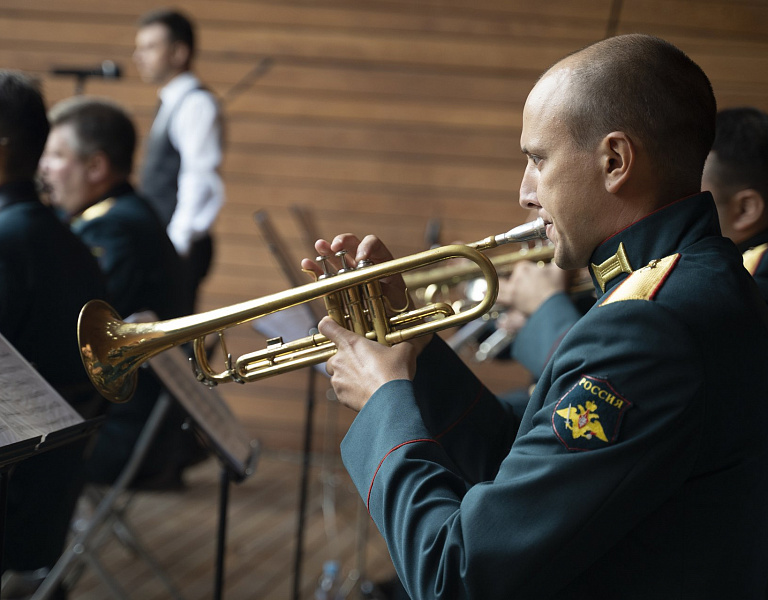 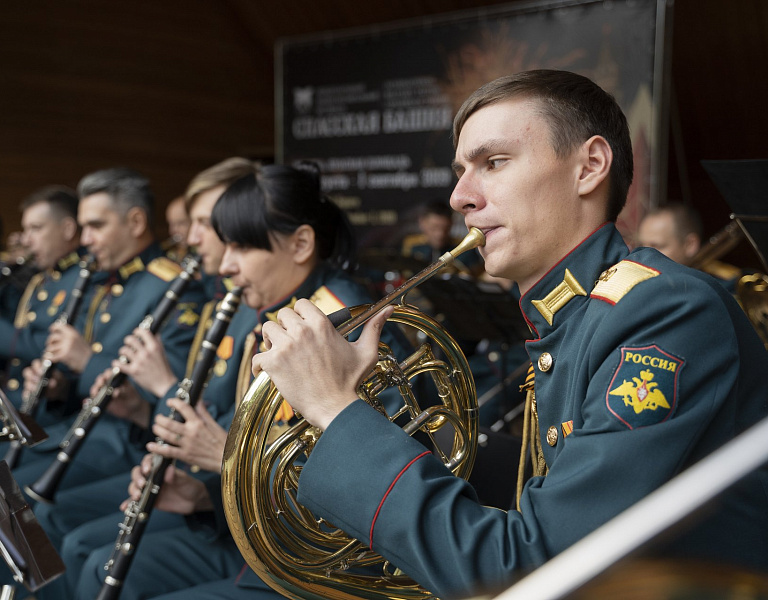 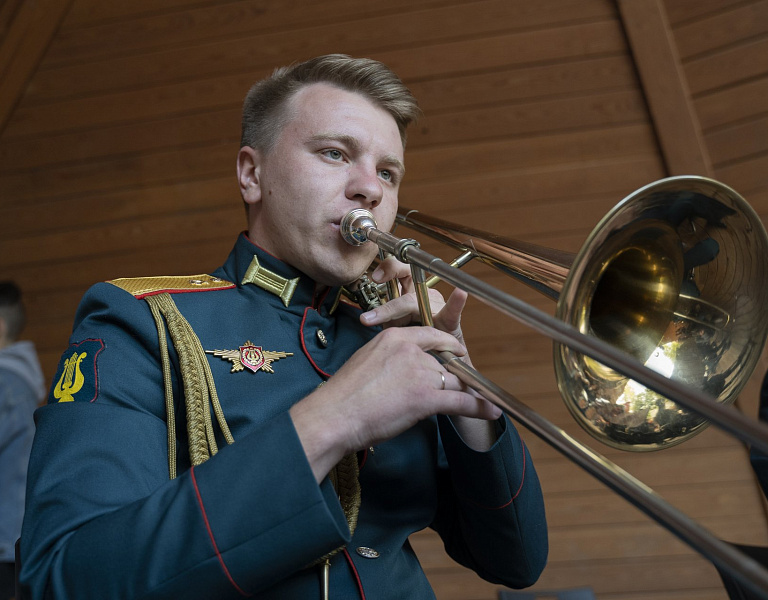 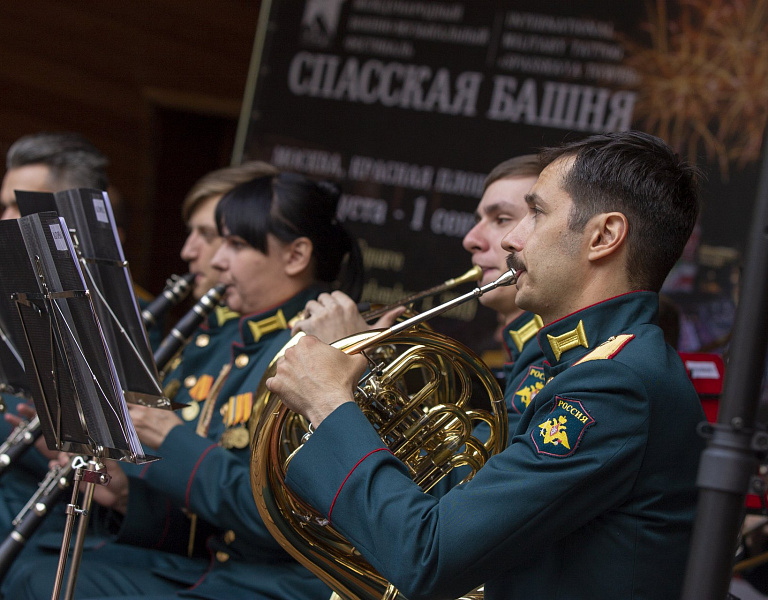 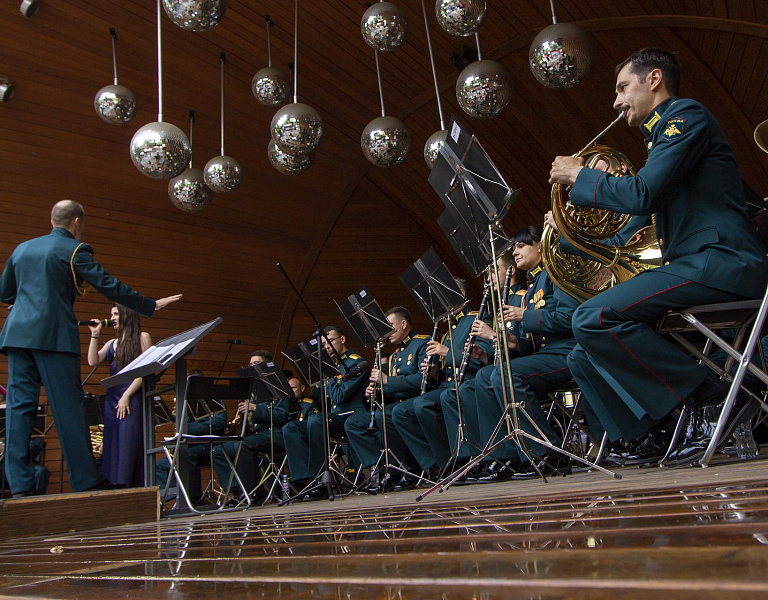 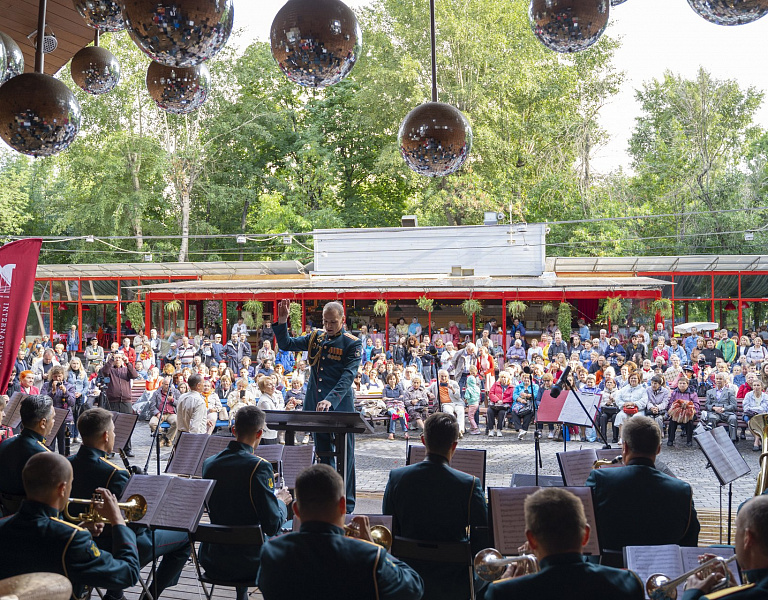 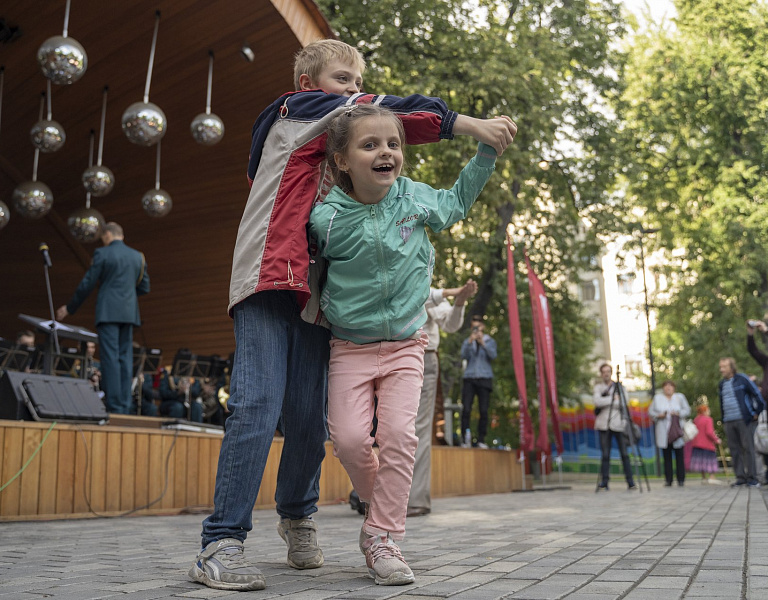 Next Welcome Back: The Band of the People’s Liberation Army of China Will Return to the Spasskaya Tower Festival to Perform Aram Khachaturian’s Sabre Dance
Previous Baikal-Amur Mainline celebrates its 45th anniversary