Today, on the 28th of August, Top Secret Drum Corps from Switzerland and the Celtic Orchestra of Drums and Bagpipes together with the international group of Scottish dances performed at the kids’ town at the Red Square. In the evening these bands are performing at the main show of X International Military Music Festival «Spasskaya Tower», and at the daytime they gave a free concert.

Top Secret Drum Corps were founded in Basel in 1991 by a group of young talented drummers. The band travels around the world and is always welcome at international military and musical festivals. It has performed twice at official receptions of Queen Elizabeth II. Top Secret Drum Corps have came to «Spasskaya Tower» before, the artists are always very well received by the audience. They even played the Russian famous song «Kalinka» during their performance wt the kids’ town.

The second show was the performance of the Celtic Orchestra of Drums and Bagpipes together with the international group of Scottish dances. The Celtic Orchestra is a result of creative collaboration of musicians from the European countries. It was founded in 2016 specifically to perform at the «Spasskaya Tower» Festival. In May 2017 it performed in IV International Military Music Festival «Amurskie Volny» in Khabarovsk.

The band includes 120 bagpipers and drummers, but not all of them participated in the show at the kids’ town. They even played our Russian military song «Katyusha». The youngest member of the Celtic Orchestra, Owen, is 13 years old. He performed a bagpipe solo.

Scottish dances were performed by female artists from the international team. The show was accompanied by the music of bagpipes and drums. The team was organized in 2016 specifically for the «Spasskaya Tower» Festival to perform together with the Celtic Orchestra. The leader of the team is a Russian choreographer Maria Zot’ko. The team members are from Russia, Scotland, the Netherlands, Canada, Republic of South Africa, New Zealand, 50 girls in total. Russia is represented by Daria Fyodorova and Nastya Goncharova.

«We go to the Moscow School of Scottish Dancing. We were invited to participate in this project by our choreographer Maria Zot’ko. - say the girls. - The choreography was made by her. It is based on traditional Highland dancing. The first time we gathered in Moscow. Today we will participate all together in the main show at the Red Square. It will be challenging to dance on cobblestone, especially with the rain». 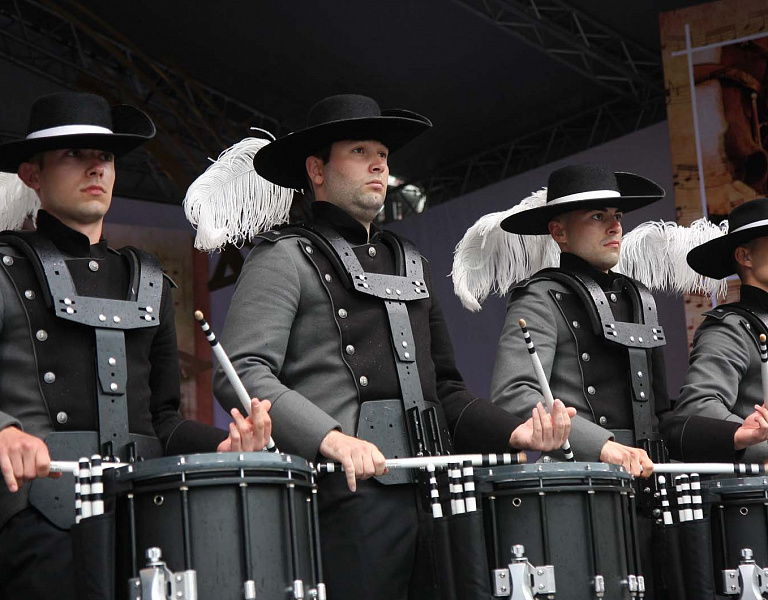 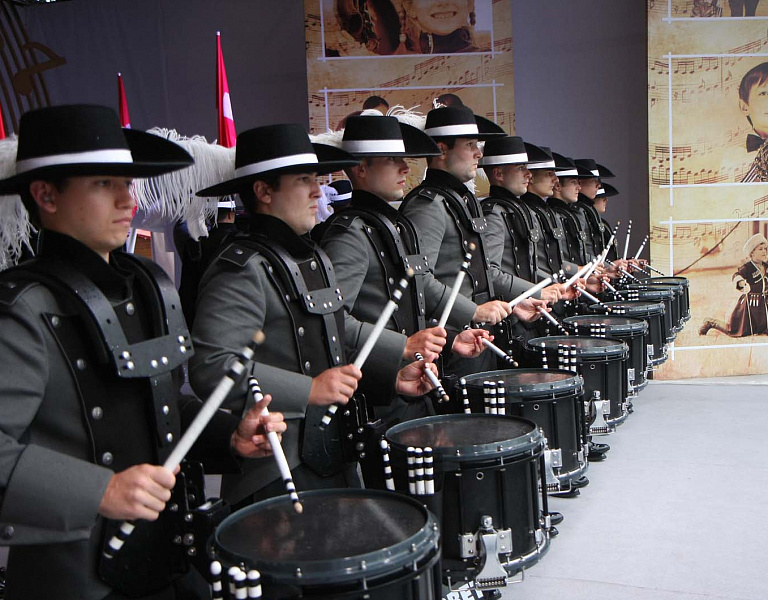 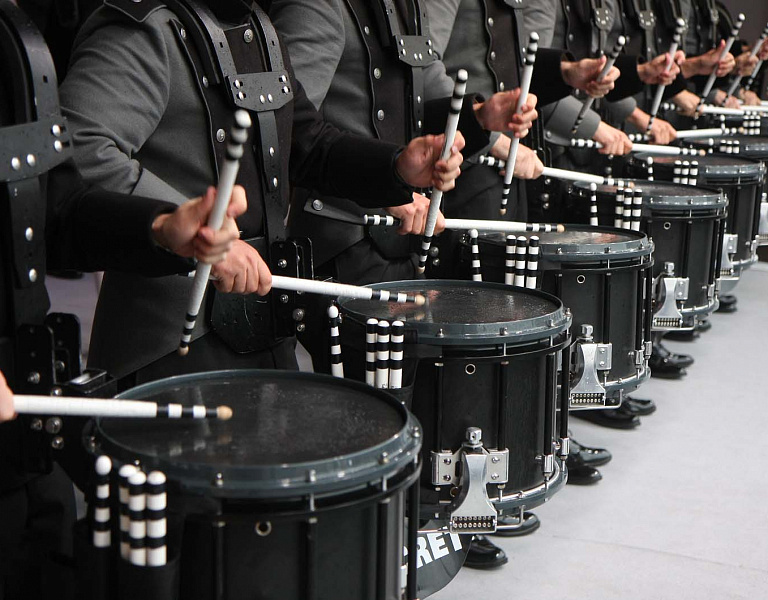 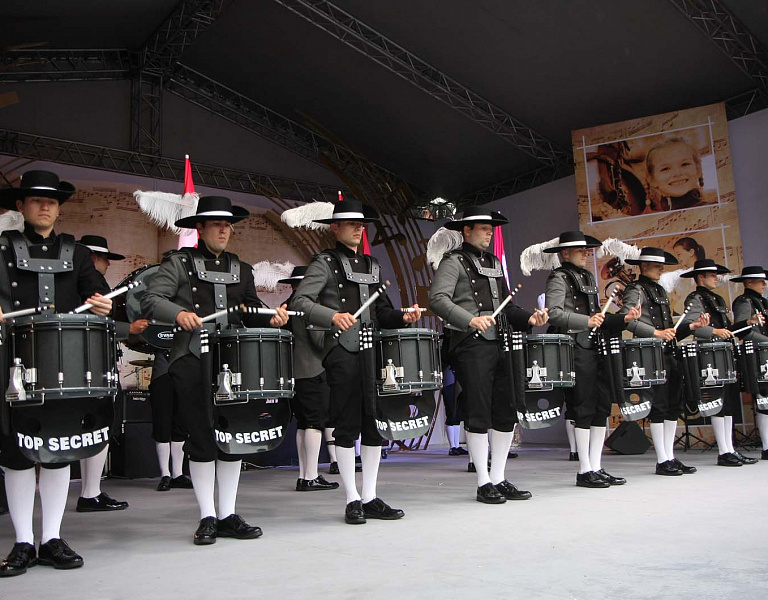 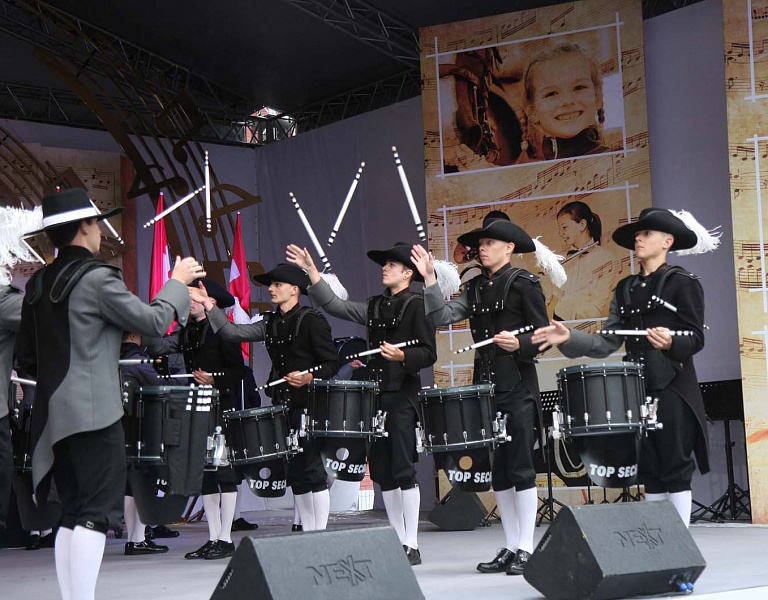 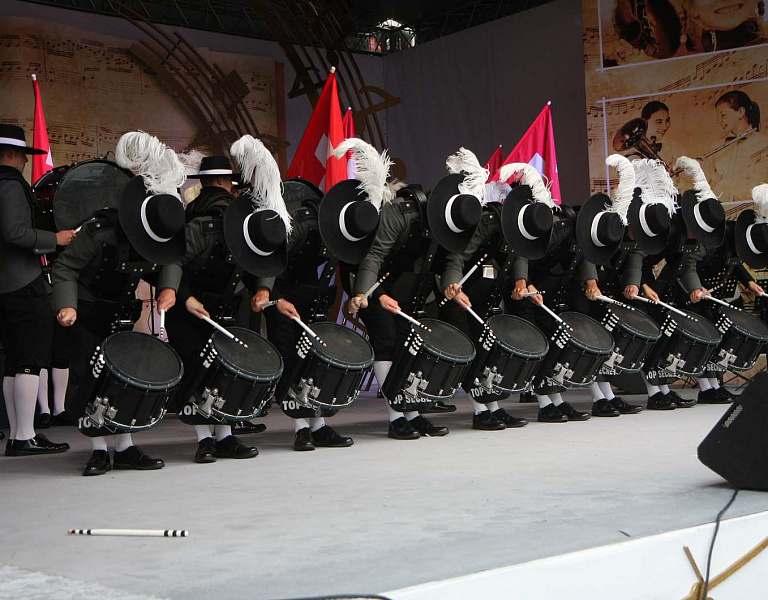 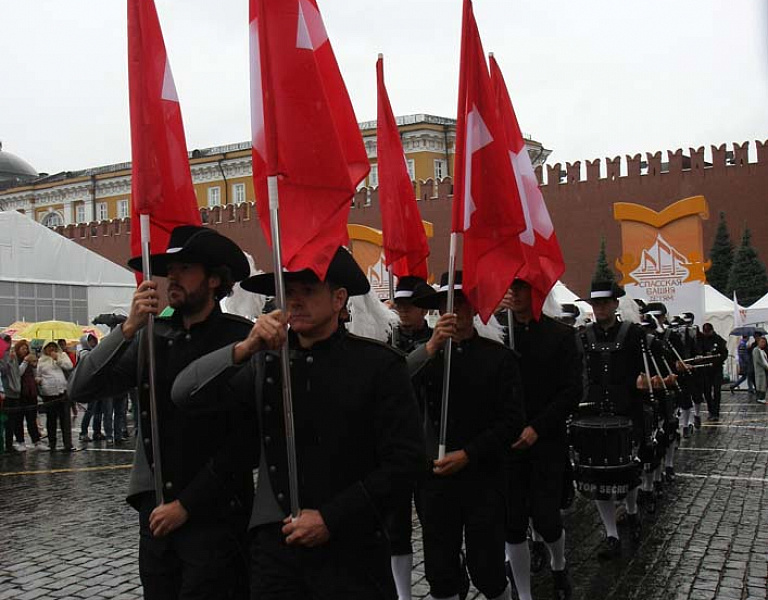 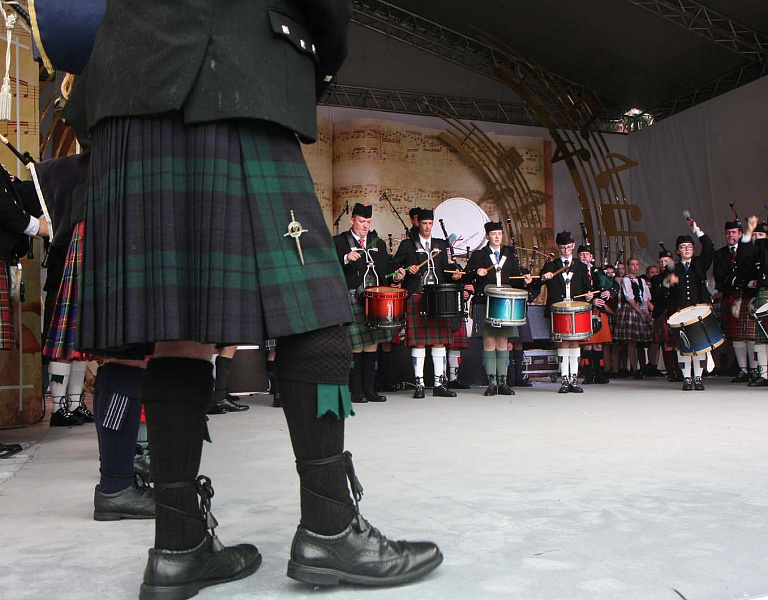 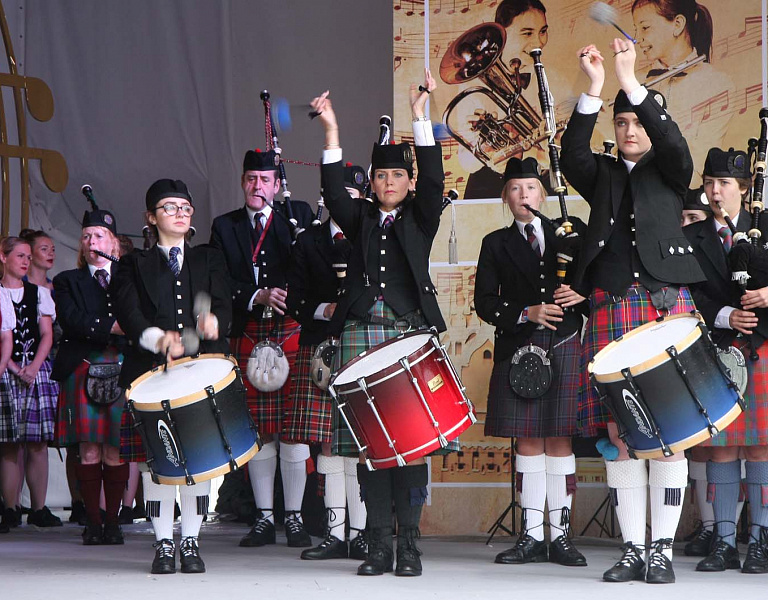 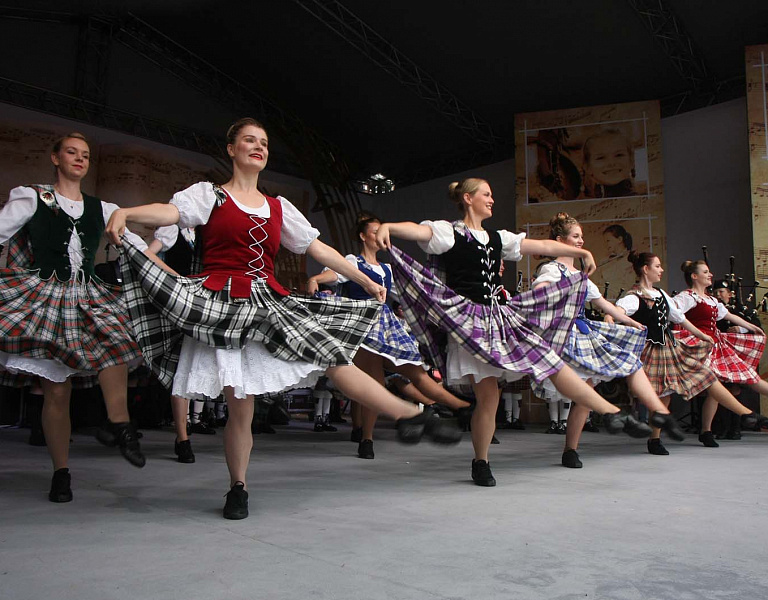 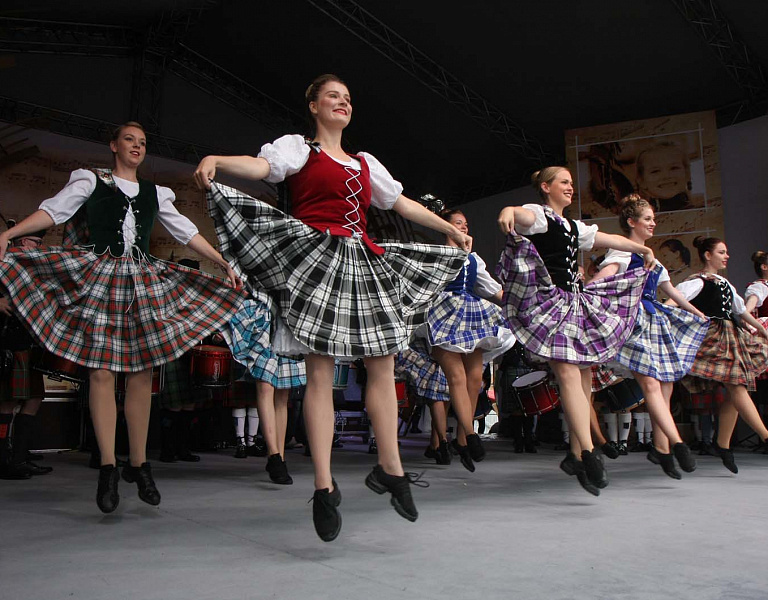 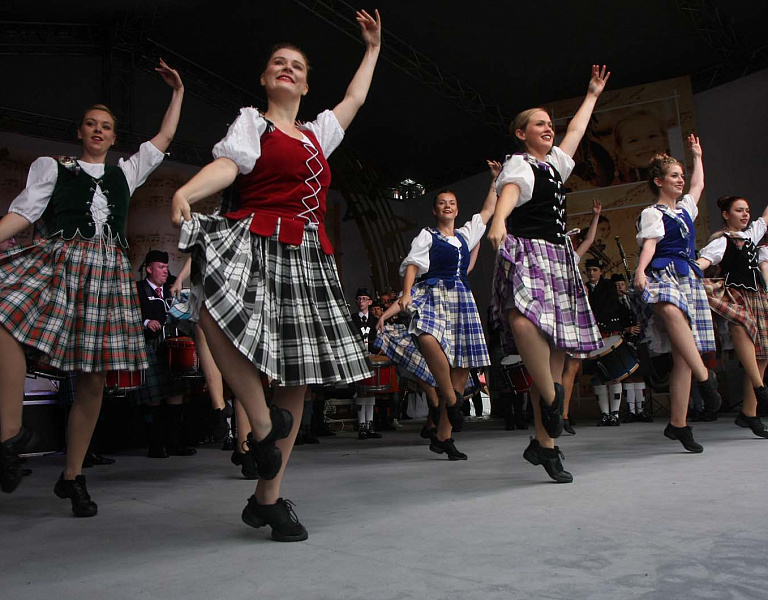 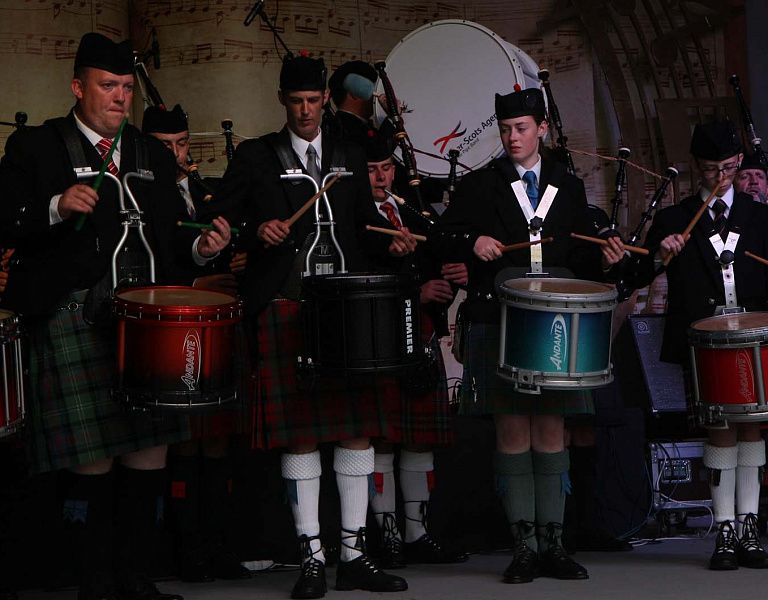