The ceremony started with a formation of the College  personnel. Arkady Sarkisov, Deputy Head of the College for Academic Affairs, read out the order of the Russian Ministry of Defense regarding the  enrollment of the recruits to the first year of the College. After that every recruit were given a certificate of a cadet of the Moscow Suvorov Military Music College. Yegor Kondakov on behalf of all the new students made an oath, which is equated with a swearing-in made by military officers.

After that the new suvorovcy played the College hymn accompanied by the orchestra of the 3rd year cadets. In accordance with a long and old tradition, the cadets of the 4th year symbolically presented musical instruments to the first year cadets, inaugurating and accepting them to a big and close-knit family.

College professors, other students and parents of the new recruits congratulated them on their new step in life. Colonel Timofey Mayakin, Head of the Military Orchestra Service of the Armed Forces of the Russian Federation, congratulated the College personnel and encouraged the new students staying: «I wish you to become true people. In order to do that you need to follow the desired goals with persistence, to constantly improve and be worthy of you new title».

The Ceremony culminated with a a solemn march of the College personnel singing a marching song. After that the photos with the honored guests and College Administration were taken.

At the end of the event a thanksgiving service took place at the Cathedral of Christ the Savior. The young cadets received encouragement from Andrey Ovchinnikov, Clergyman of the Cathedral. He blessed them on behalf of Holy Patriarch of Moscow and all Russia Cyril.

That day the 1st year suvorovcy were also given their first pass. 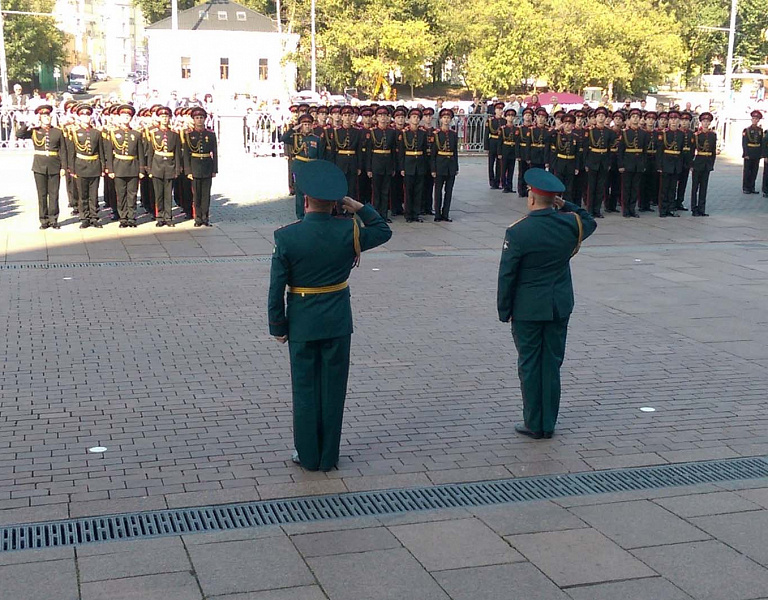 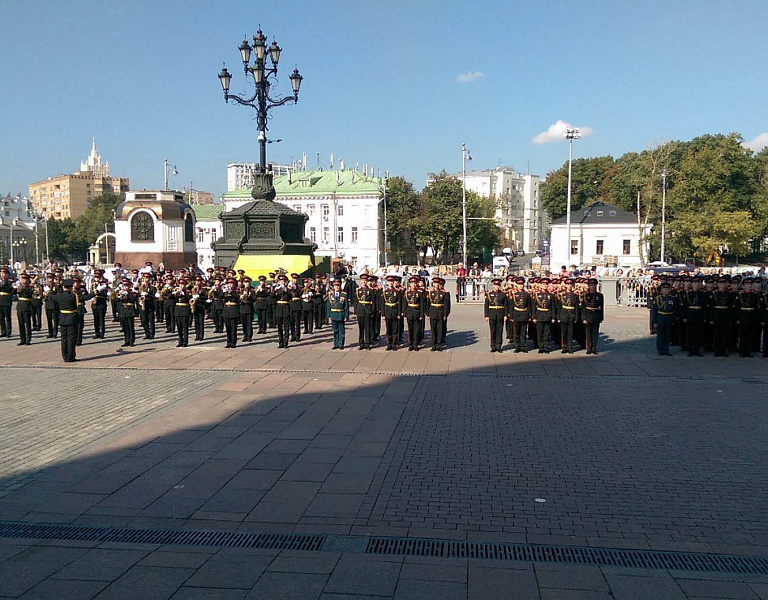 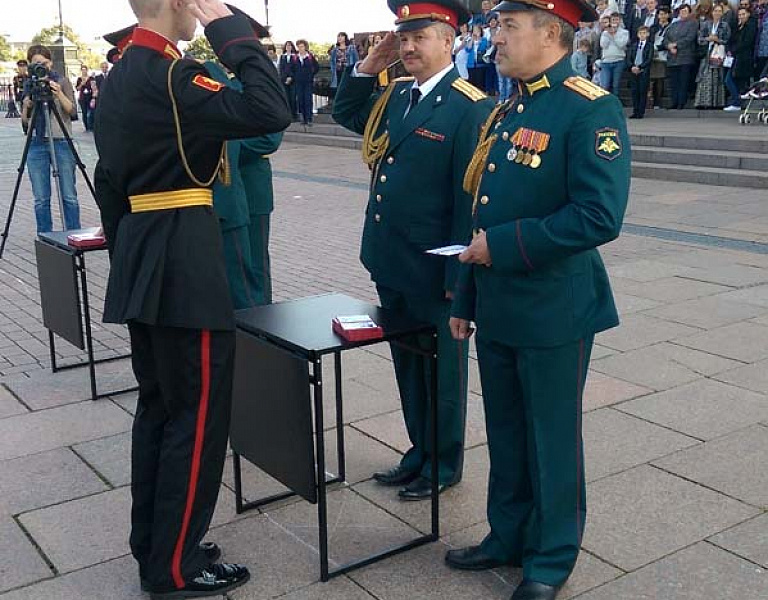 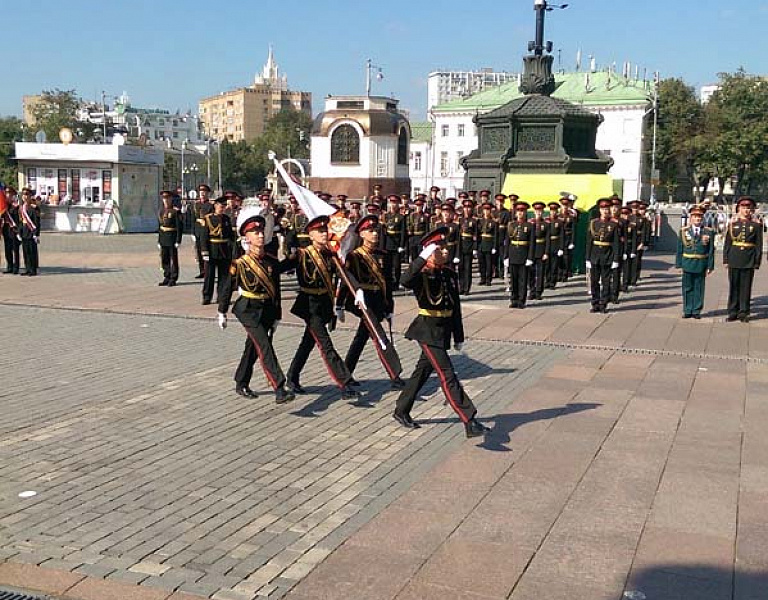 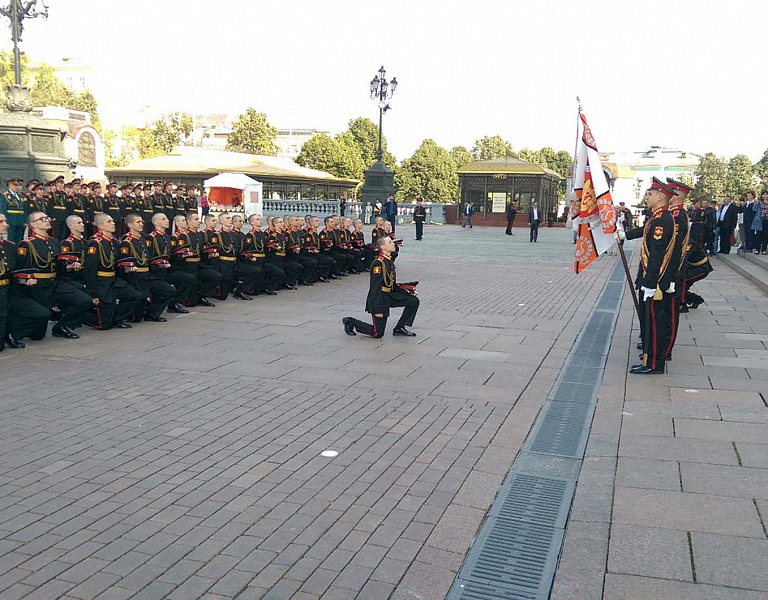 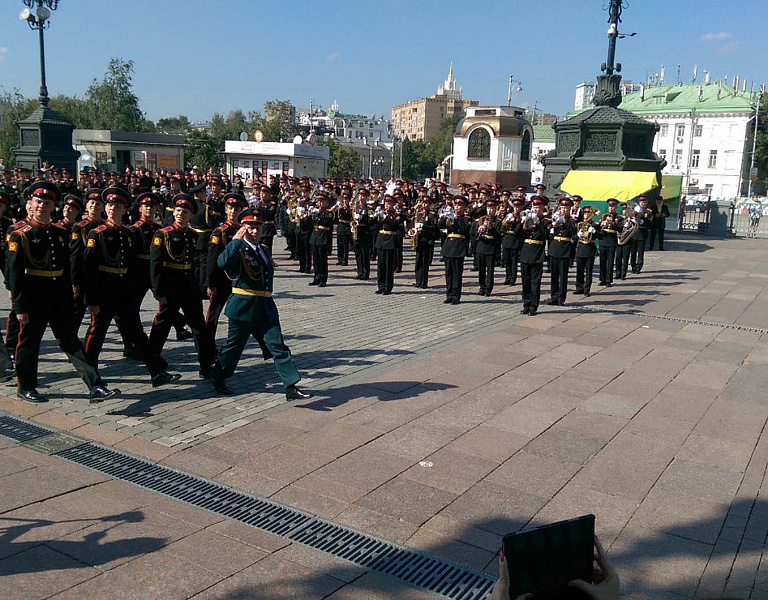 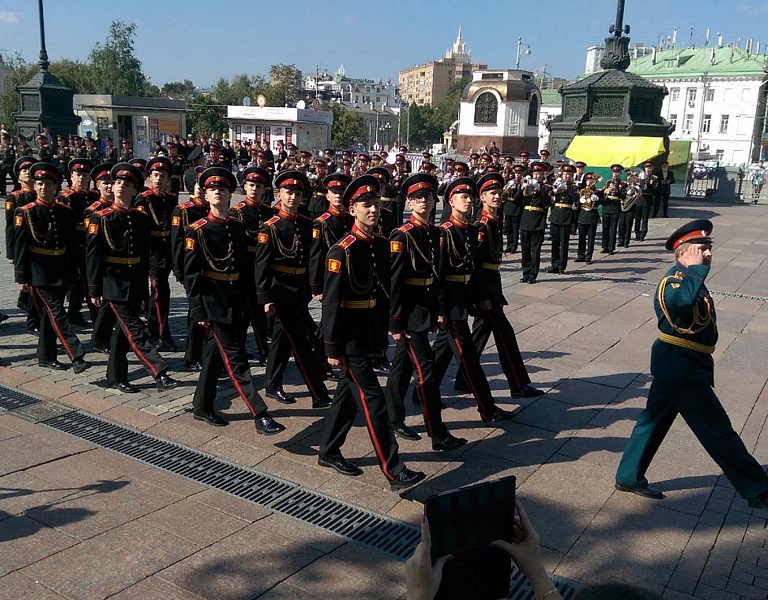