Today, on the 1st of September as a part of X International Military Music Festival «Spasskaya Tower» the Day of Professions was announced. Young visitors of the Festival were given a chance to get acquainted with such professions as a musician, a military officer, a designer, a constructor, an interior designer - with all those professions involved in the organization of this large scale project.

Activities took place at the Children Village from 11.00 to 15.30. Although the 1st of September is the first day of studies after summer holidays, a lot of kids came to the event. Children even came in groups from their schools.

In the Military Pavilion personnel of the President’s Regiment told the children about the history of this regiment and their military uniform, which has been changing over the years. The children found out that the first guards of the Moscow Kremlin were Latvian shooters, and later they were substituted by the Kremlin cadets of the 1st Moscow Revolutionary Machine-Gun School. It happened in 1918.

Matvey Danilov, 5th year student of a cadet group in one of the Moscow schools, right after the story told by representatives of the President’s Regiment, declared the following: «I would like to become a military engineer, maintain tanks, airplanes and other equipment». After thinking for a while he added: «But if it’s not possible altogether, I choose tanks then».

In the patriotic pavilion a venue of the Military and Patriotic Centre «Vympel» was arranged by the veterans of the Kremlin Regiment. Special Operations Detachments of the State Security Forces «Vympel» and other law enforcement agencies of the Russian Federation organized activities intended to educate young people about patriotism. Representatives of «Vympel» told about the achievement made by Russia, its important victories and all the things we can be proud of. Together with the kids they were singing patriotic songs accompanied by an accordion. Older children took part in stripping and assembly of the Kalashnikov gun and the Makarov gun, as well shooting in an electronic shooting gallery. Workshops on knot craft and land navigation were organized.

In the Musical Pavilion boys and girls were playing drums and cajon (a box-shaped percussion instrument played with the hands, fingers, or sometimes various implements such as brushes, mallets, or sticks). A professional musician, Ilya Grigorenko, did a workshop on beatboxing (a form of vocal percussion primarily involving the art of mimicking drum machines, using one's mouth, lips, tongue, and voice). According to him, many children now are interested in beatboxing.

In the Construction Pavilion children had a chance to try out their technical creativity and designer skills by participating in workshops on creation of paper airplanes and fabrication of badges. They were also doing a puzzle of the Moscow map, constructing houses from «Magformers» magnetic construction set and even talked with a robot from the Moscow Institute of Technology.

3rd year student of a Moscow school Anya Morozova was lucky - the robot reacted on her by moving his hand. As Anya says, she came to the Children Village with her parents just to have a walk. «I haven't decided yet which profession to choose, however I’d love to make cartoons or something similar», - she said.

A construction quiz was organized by animators of «Kidburg», an interactive children's city of professions. Winners received free tickets to «Kidburg». A small girl surprised everyone. When she was asked «Who brings news to an editors office, she immediately answered: «Putin». Why not? Putin is the main newsmaker of Russia.

Children were also offered to try being reindeer breeders and put a lasso on the horns of a deer made of plywood. The last show of «Kidburg» performance was a dance performed by a girls band.

In the Historical Pavilion children were told about a profession of an archeologist. They were shown how excavations are made. Historical artifacts (a piece of a ceramic jar, a pintle, a spearhead,  a scraper, and others) were hidden in four tiny sandboxes. Children needed to dig them up first with a spatula and later, when an artifact was found, they needed to use a brush. Visitors of the Pavilion could also paint wooden plates using an established pattern. These patterns, as the Museum workers say, are the same as XIX drawings at the Museum walls.

Representatives of Worldskills Russia Union organized an anonymous questionnaire survey to find out what the kids knew about them, and a floristry workshop.

At the Festival Autodrom young visitors of the Festival were introduced to a driver’s profession. They received driver’s license without any exams and started driving a small electric car. They were following an established track with some obstacles on their way - a hill and swings.

The Day of Honored Guards will take place at the Children Village on the 3rd of September. 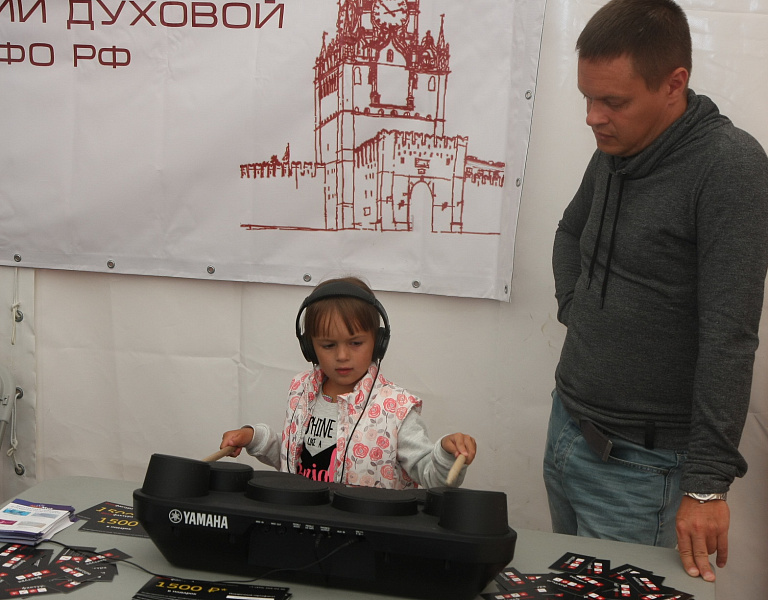 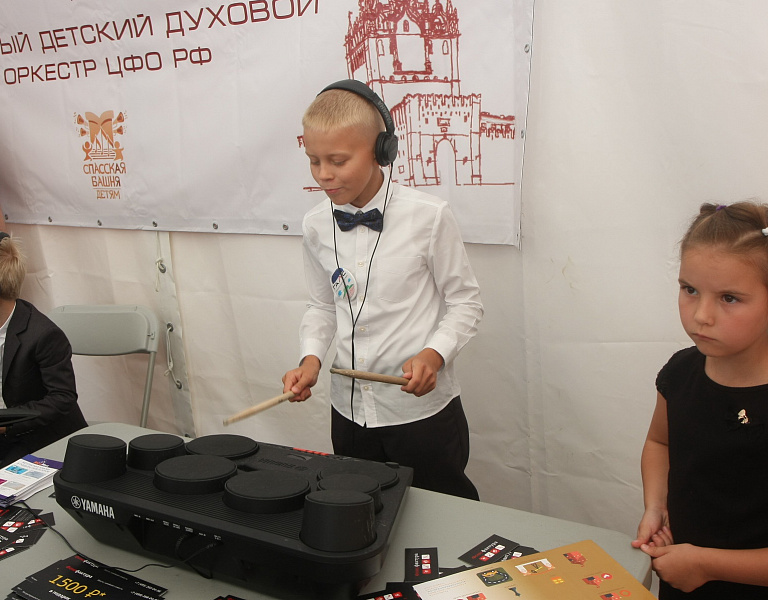 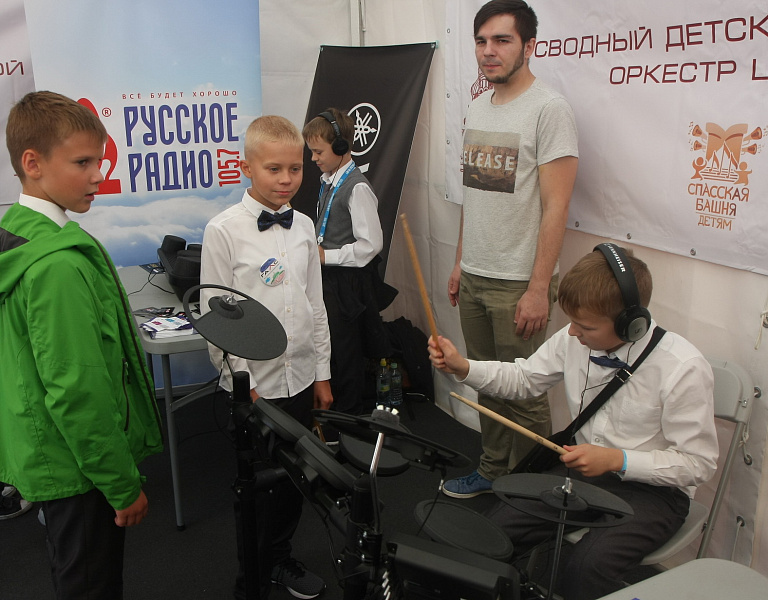 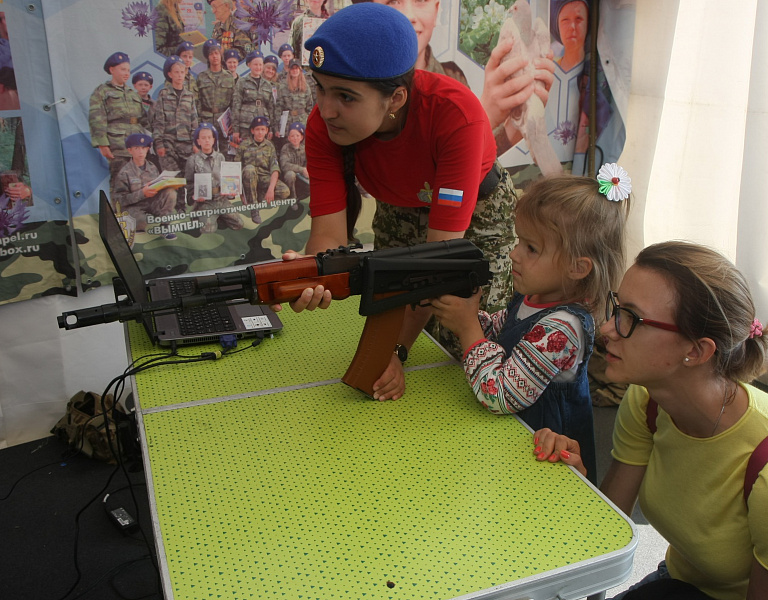 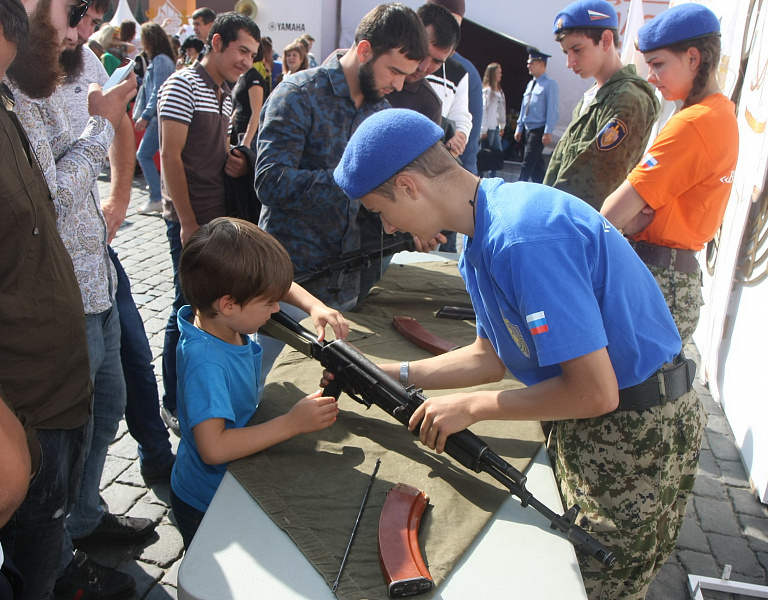 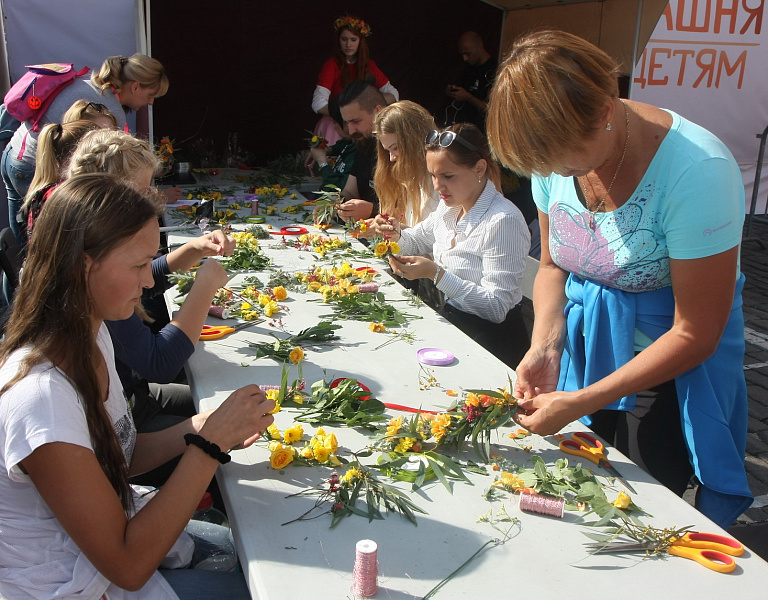 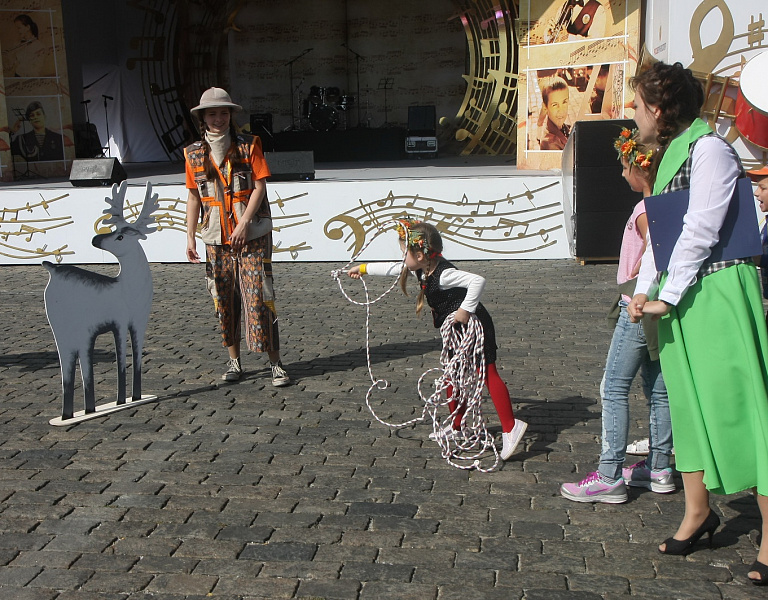 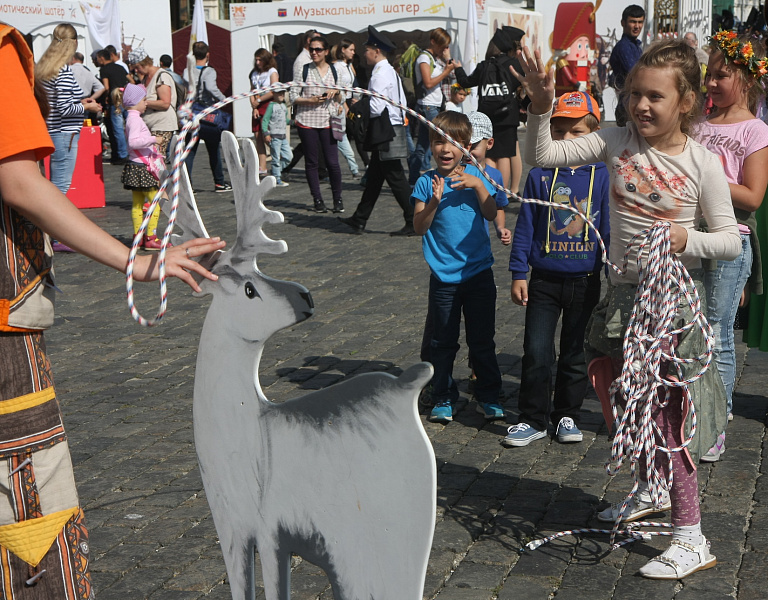 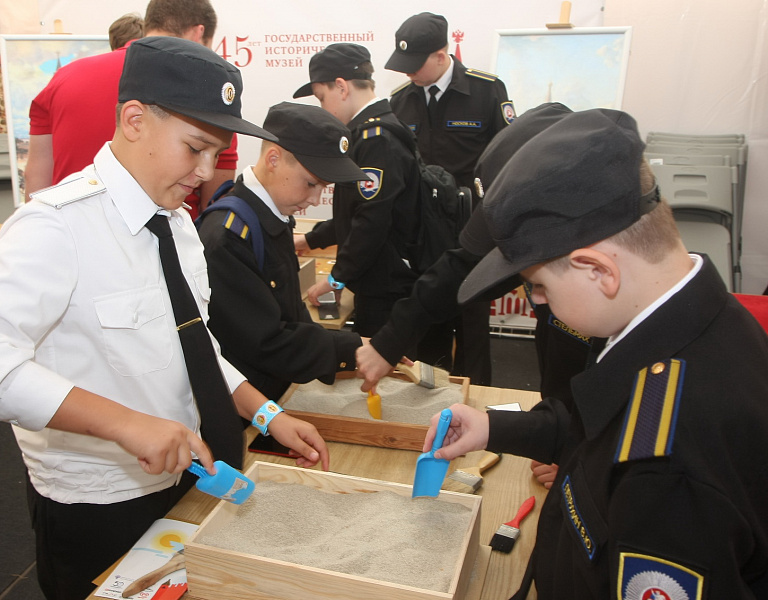 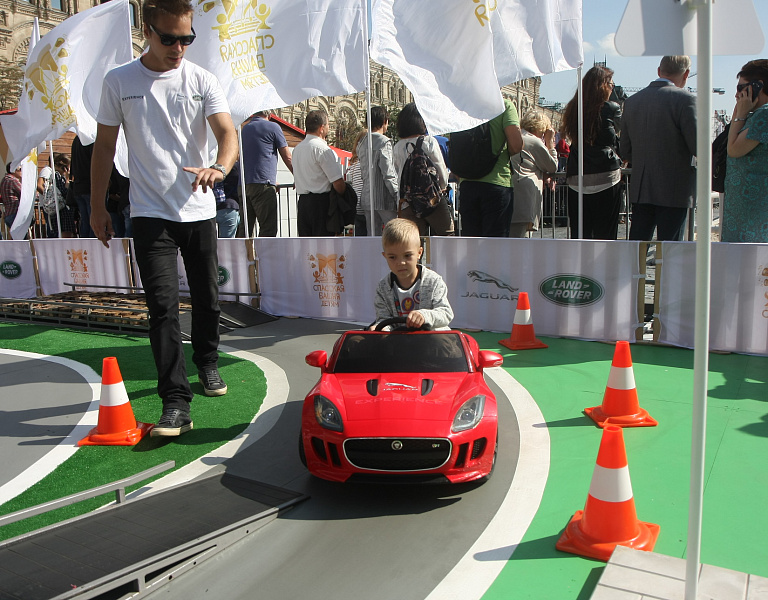 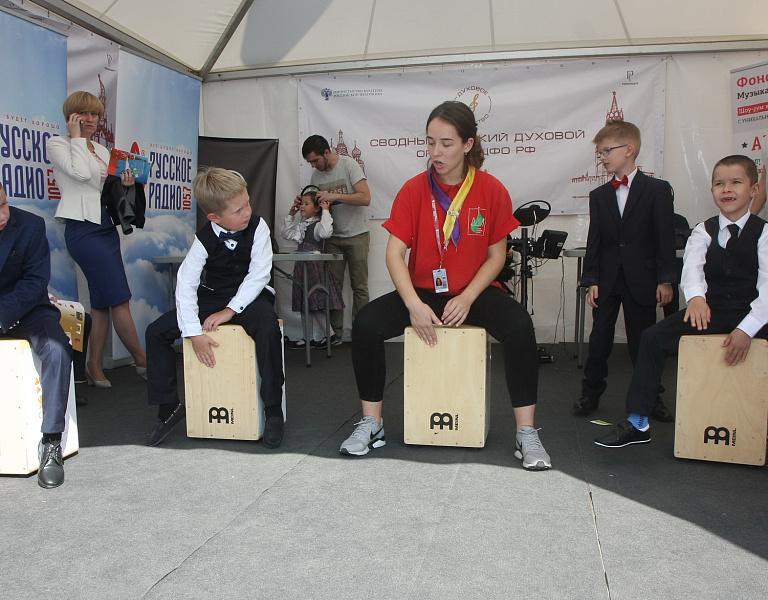 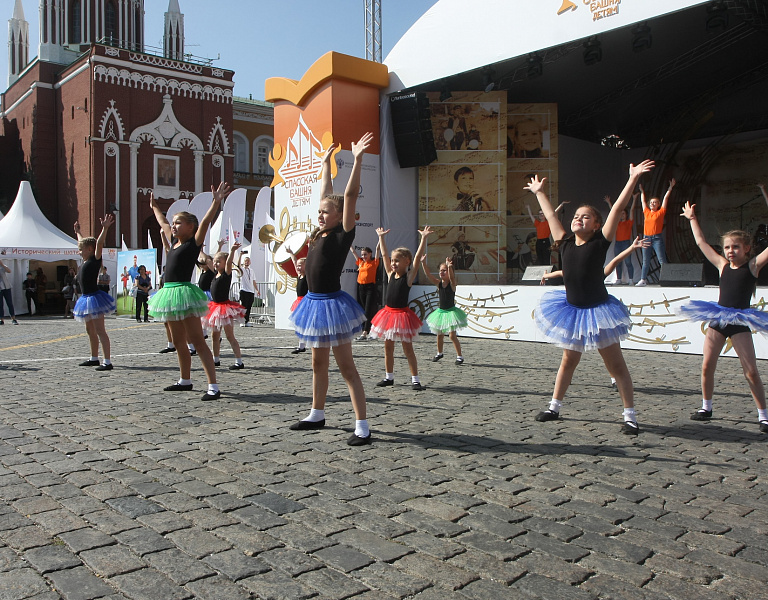 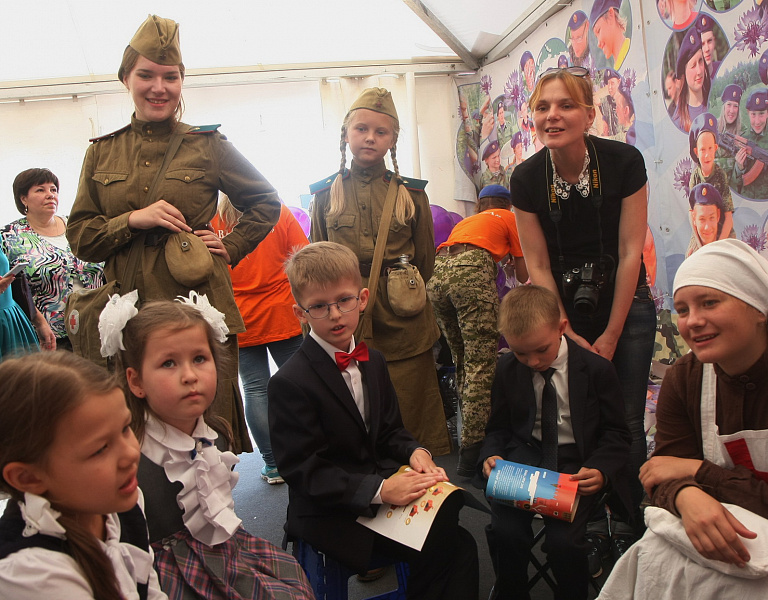 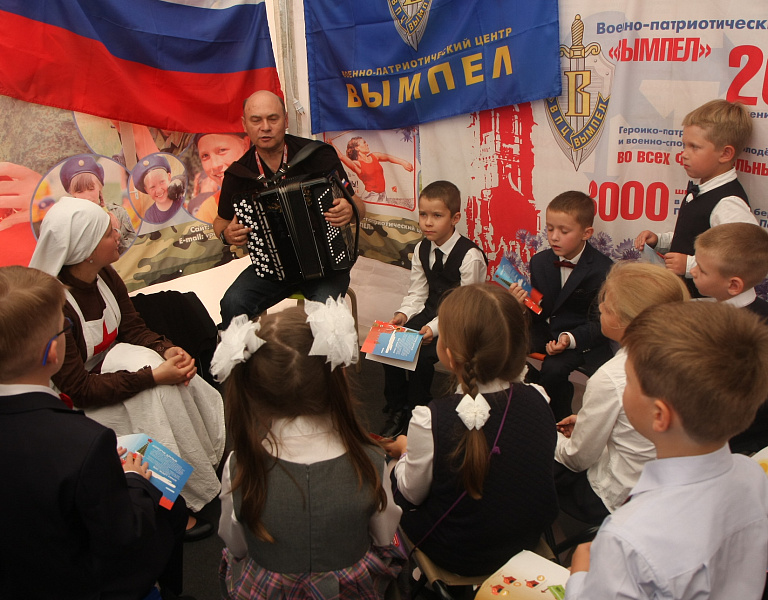 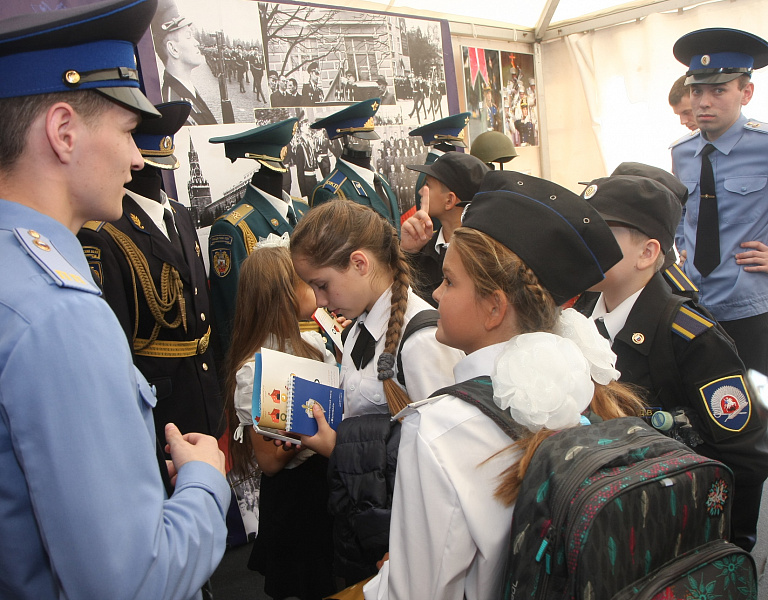 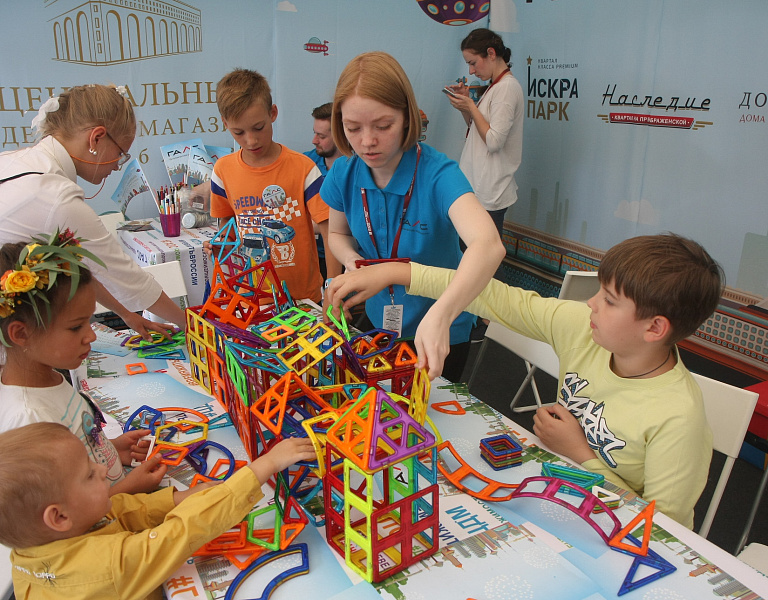 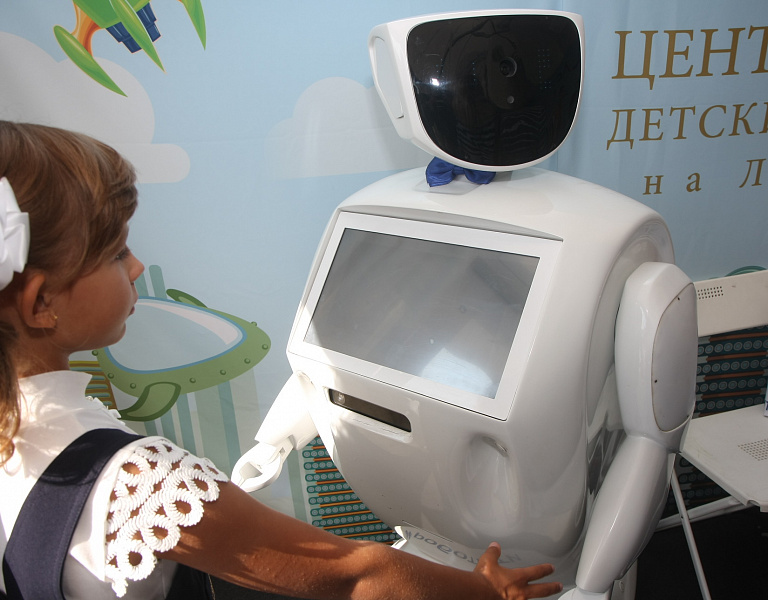