Yesterday, on the 26th of August, the International Military Music Festival «Spasskaya Tower» was inaugurated. This year the Festival celebrates its 10th anniversary. The highlight of the opening day was a performance of the Honor Guard of the President’s Regiment, which ensures the security of national, ceremonial and protocol events.

The performance had several themes and was accompanied by music. The first act was a farewell of Cossacks for the war. Symbolic military combat was pictured by a passage of obstacles by horsemen. Right after that the theme was changed unexpectedly to a Spanish one of red and black colors with participation of young artists of Grazia ballet dancers and horsewomen from the Honor Guard, who were riding black horses. Artists were performing Spanish dances, while cavalry women were riding gracefully in front. Suddenly a matador on a horse appeared and left with the main dancer.

After the Spanish theme the main part of the show started - horsemen of the Honor Guard of the President’s Regiment, dressed in hussars’ uniform, entered the horse ring. They demonstrated various horse walks, moved towards each other and in the opposite direction, diagonally and creating a cycle - all the walks were impressive. Patriotic songs accompanied the show. Later 4 fragile girls of 8-9 years old entered the stage riding Welsh ponies. The girls were members of the children’ group of the Kremlin Riding Academy.

Horsemen dressed in the modern uniform continued the show and elicited applause from the audience. At the end of the performance cavalrymen entered the ring bearing the Russian flag. 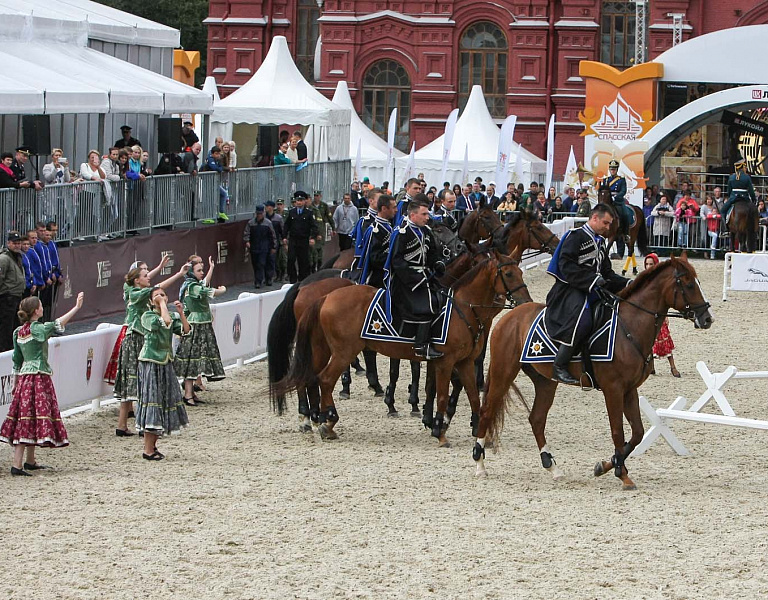 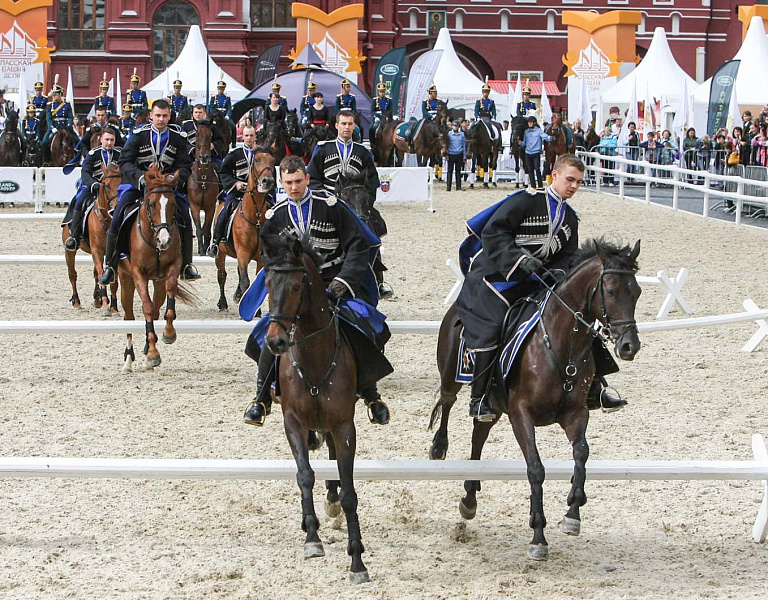 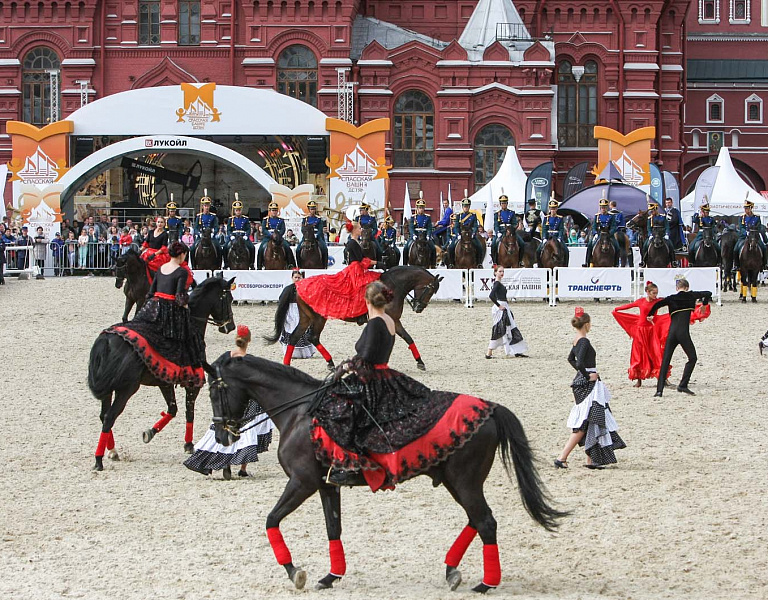 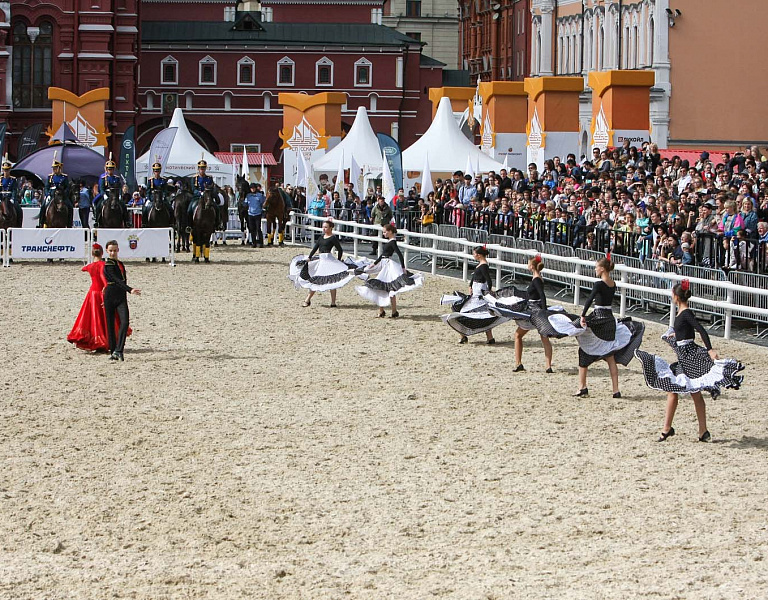 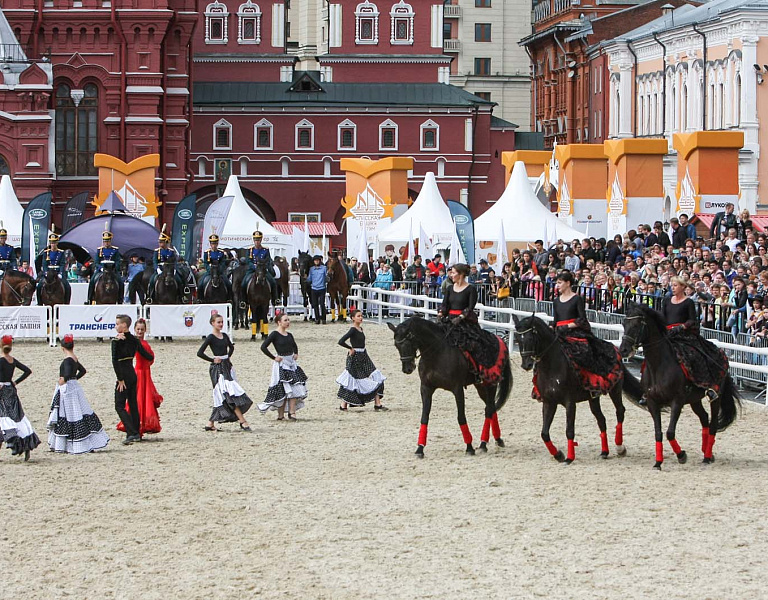 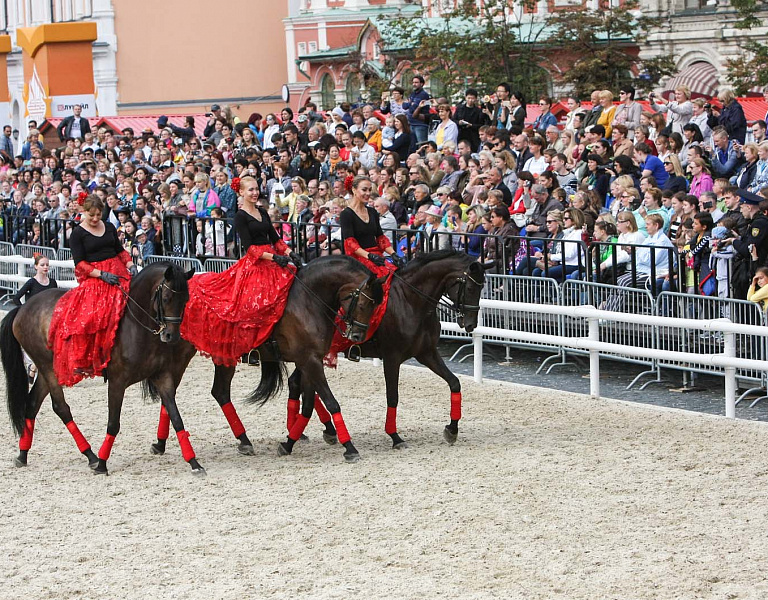 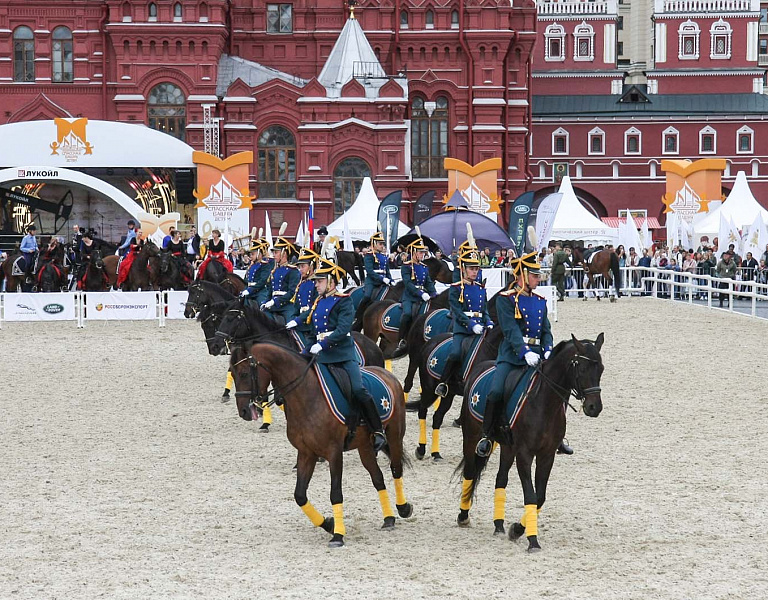 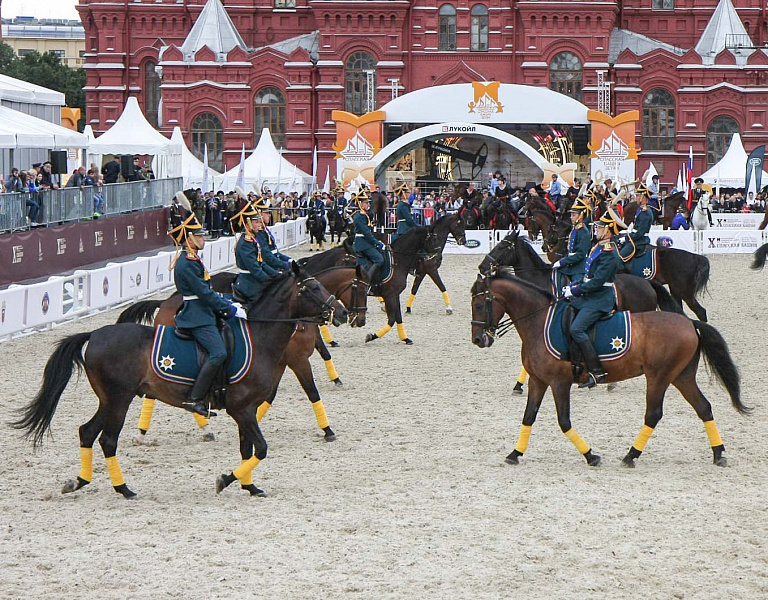 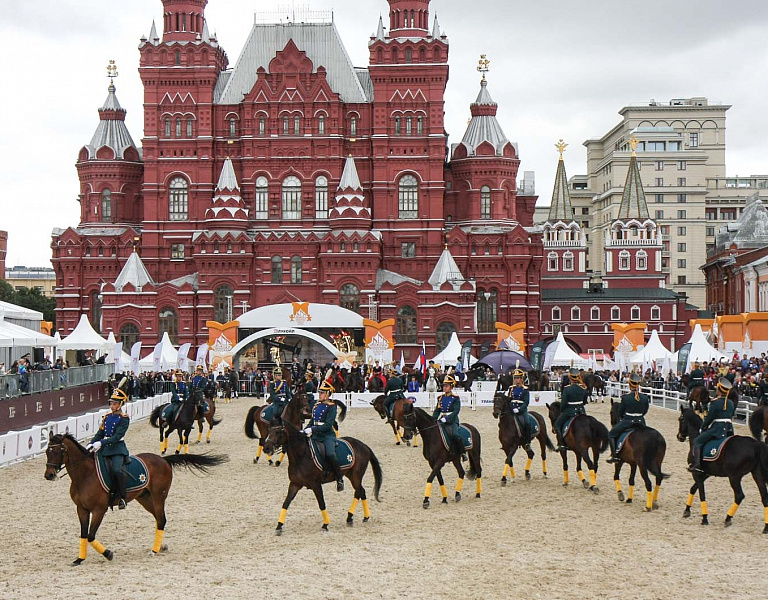 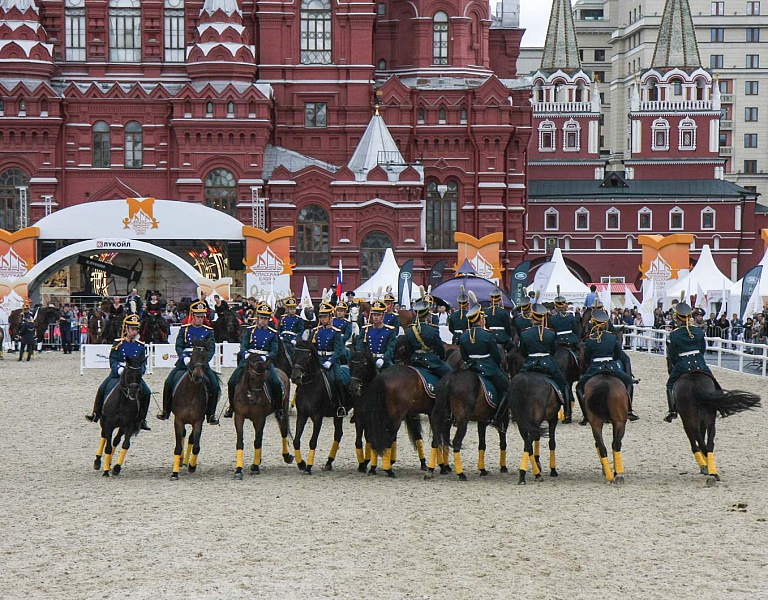 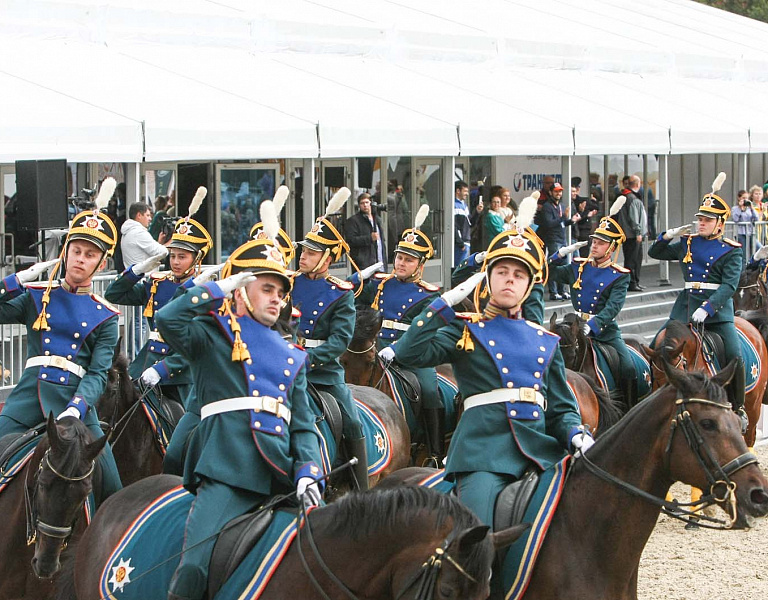 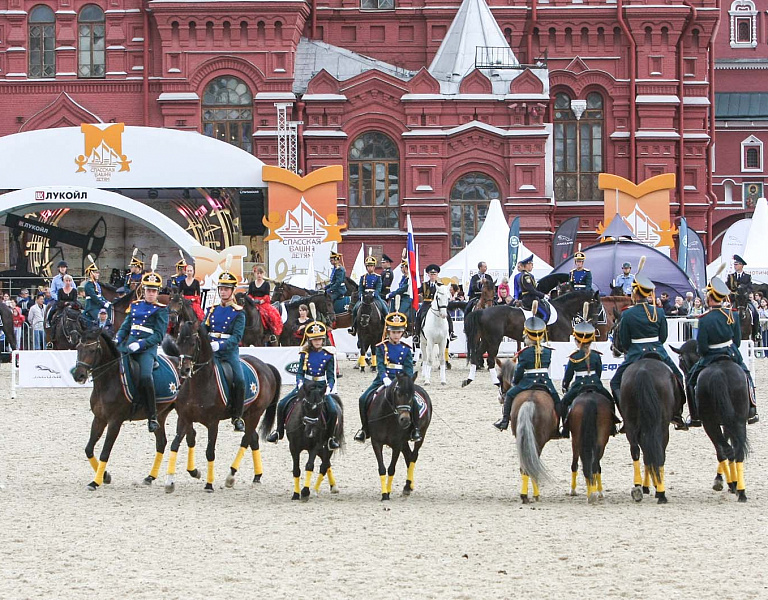 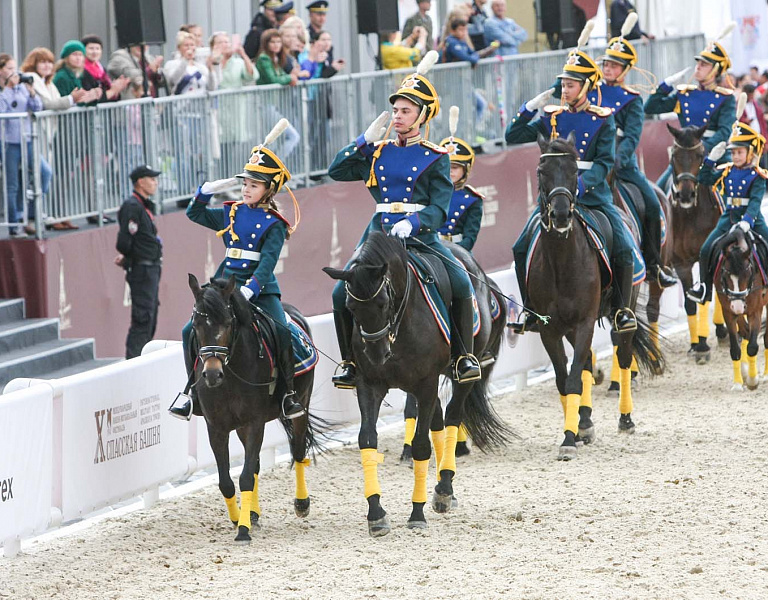 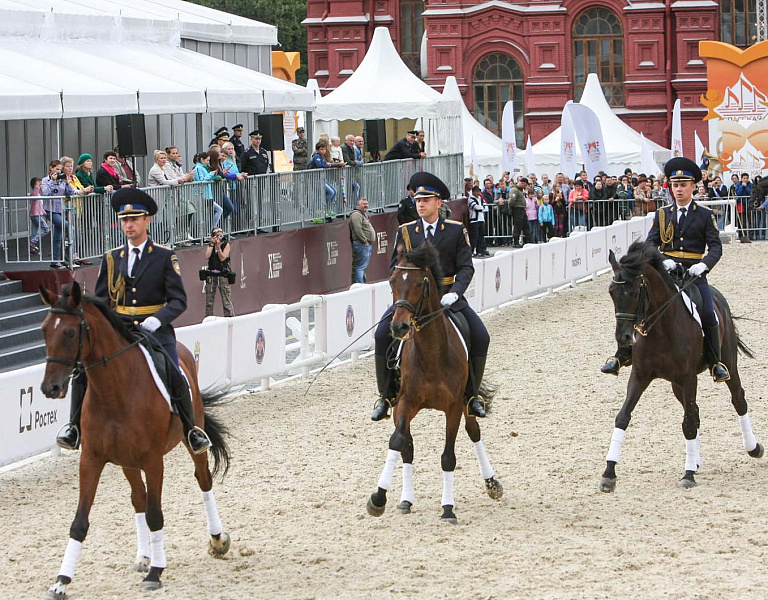 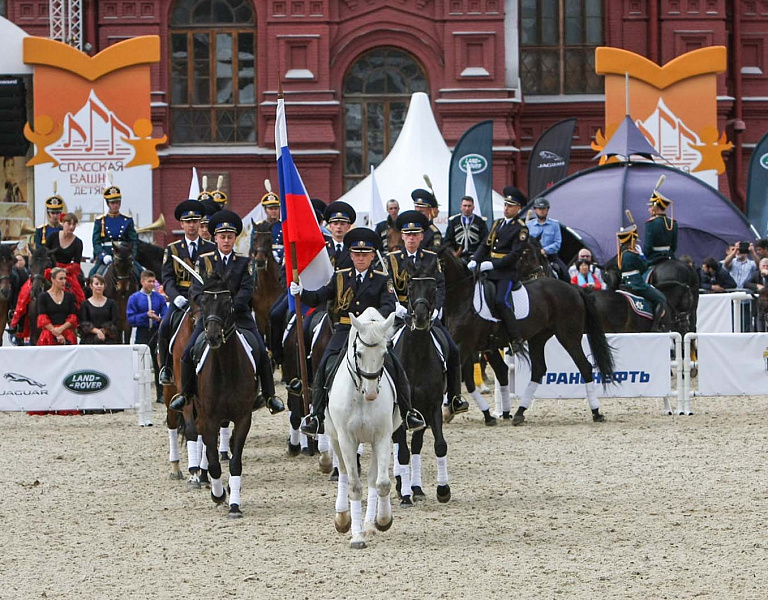