Duet of the band and the audience in Muzeon Park

On August 12 the Muzeon Park of Arts in Krymsky Val in Moscow hosted the next to last concert of the second summer season of the Military Bands in Parks series, which is being held at outdoor venues all over Moscow as a part of the Xth International Military Music Festival «Spasskaya Tower».

In the Muzeon Park the Moscovites and guests of the city enjoyed the performance of the Massed Band of the Independent Operational Purpose Division named after of the National Guard Forces Command of the Russian Federation, which was founded in the 1920s. During many years of its existence the band experienced changes in its cast, change of bandmasters and repertoire, but its players have always stayed highly skilled and ready to bring joy to the audience. Waltzes, marches, pop and jazz compositions resonate with the listeners the same way as decades ago.

«One would think that today, in the age of smartphones, YouTube, Internet everyone has its personal philharmonic hall, band, chorus, rock band and whatsoever in one’s pocket», says Dmitry from Zelenograd, who came to Moscow for the weekend. «But those real emotions, that positive vibrations, which are being translated to the audience by the players during their live performance — you can only feel that when attending a concert!»

The city’s guest Svetlana says some words further to her companion. «When visiting such events one can see that in our country strange people of different ages are open, that they are enjoying themselves, celebrating, dancing together. Of course, a sunny weekend and glorious music make their contribution, and I say „thank you“ to the organizers for such public concerts!»

The audience got enthusiastically involved in a performance of Polka by Isaak Dunaevsky from a  Soviet film «Kuban Cossacks» jointly with the band. Major Pavel Pogorelov was conducting by turns the players and the audience, which accompanied the players by clapping in tune following the master’s special signs. The band’s trombone Aleksandr Gordeev was applauded especially vigorously as the performance day was the day of his birthday, and the bandmaster told it «in confidence» to the audience.

Many of the visitors were eager to make photo with the band of the Russian National Guard Forces in Muzeon Park on the background, and then post their photos on social networking sites with a hashtag #СБашнейВПарке (with the Tower in the park) and have a chance to get free tickets to the Festival, which is going to start on August 26 in Red Square. Three people, whose photos will be named the most interesting, will get two free tickets each.

«Well, we’ve already bought the tickets for the Spasskaya Tower Festival, — says a Moscovite Lyubov Chumicheva, — we wait for the Festival every year, and this time our guests from Switzerland are going especially to visit this brilliant performance, and we’ll be glad to have another two tickets, if we’re lucky». But we’ll come anyway. For sure!» 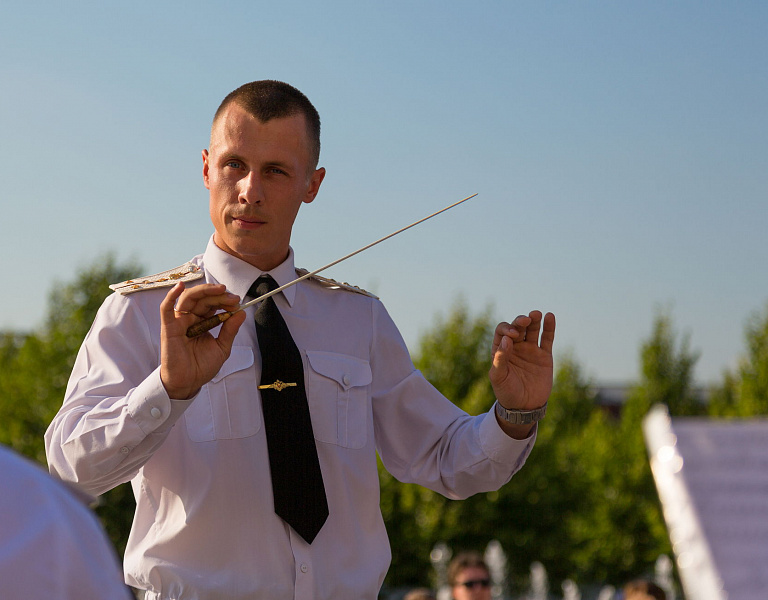 Duet of the band and the audience in Muzeon park 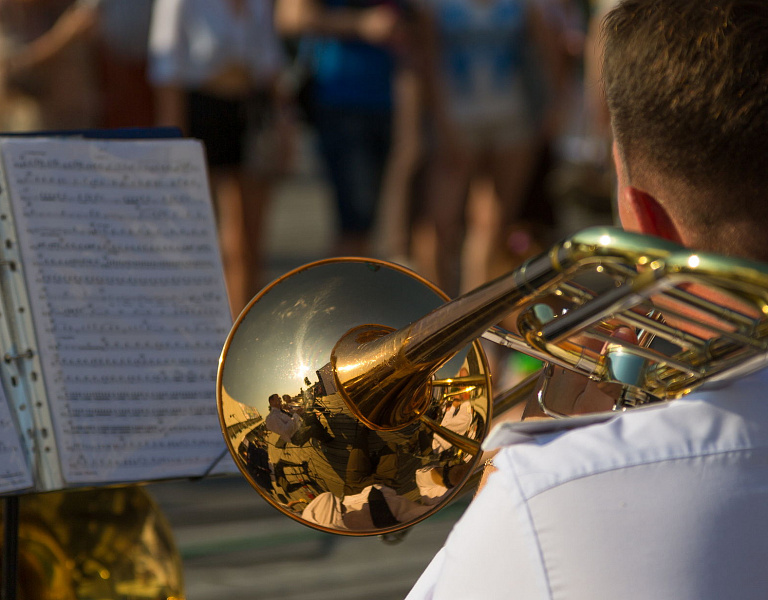 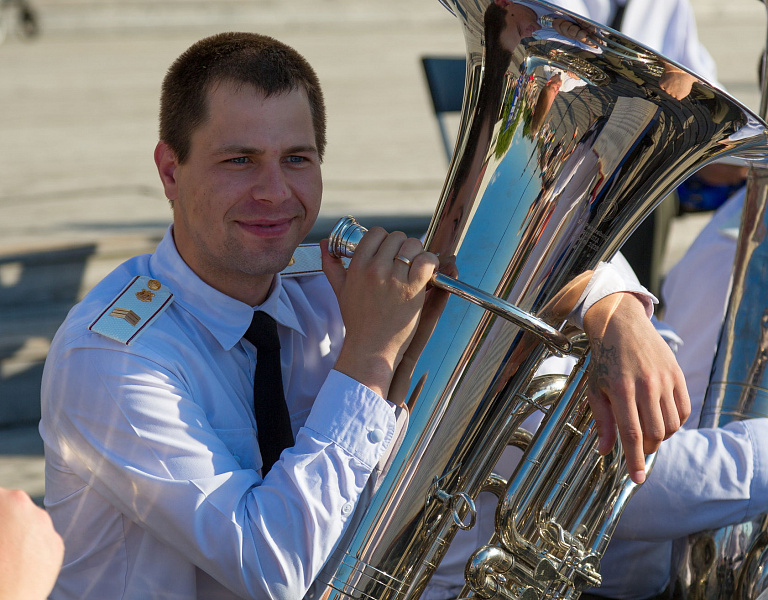 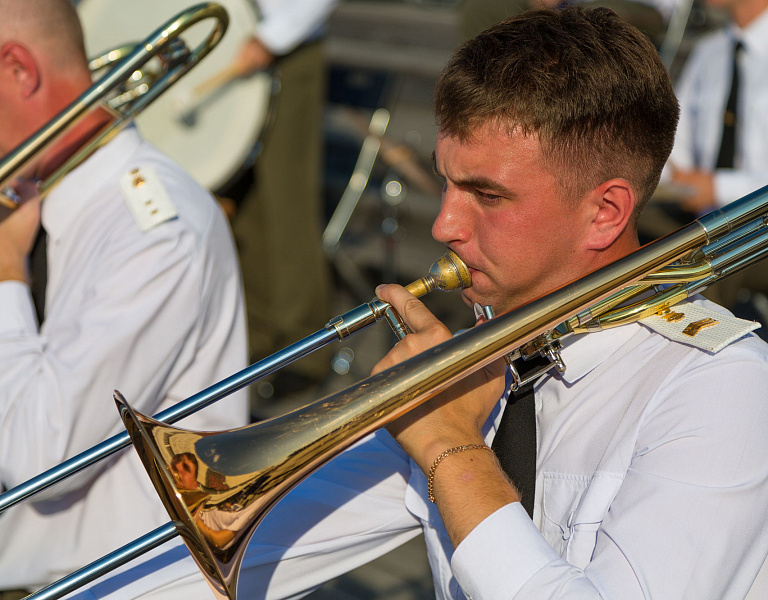 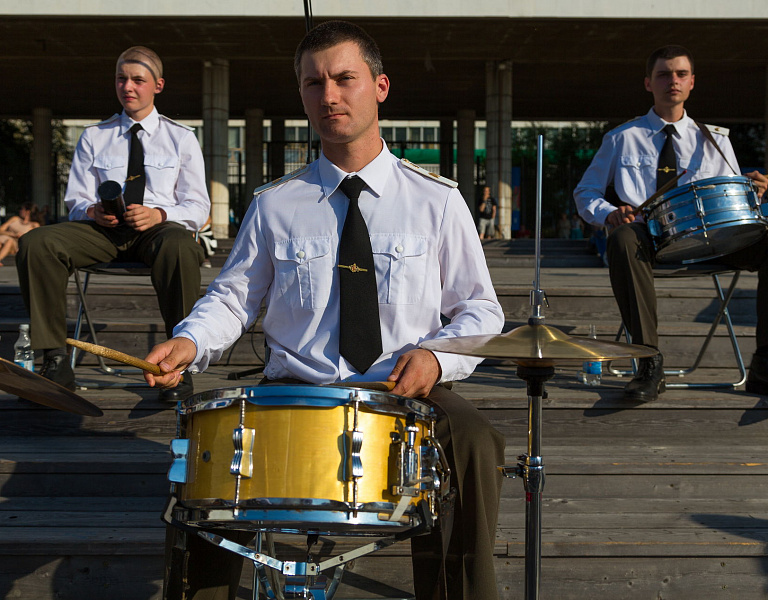 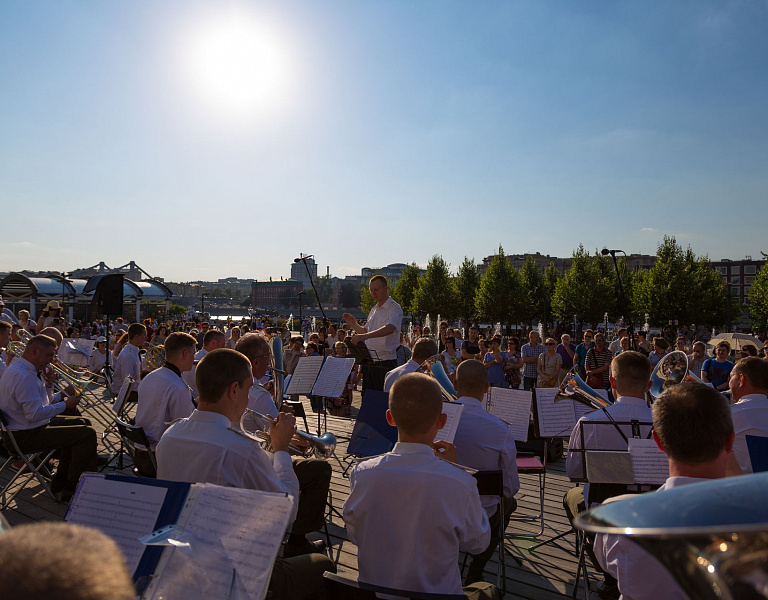 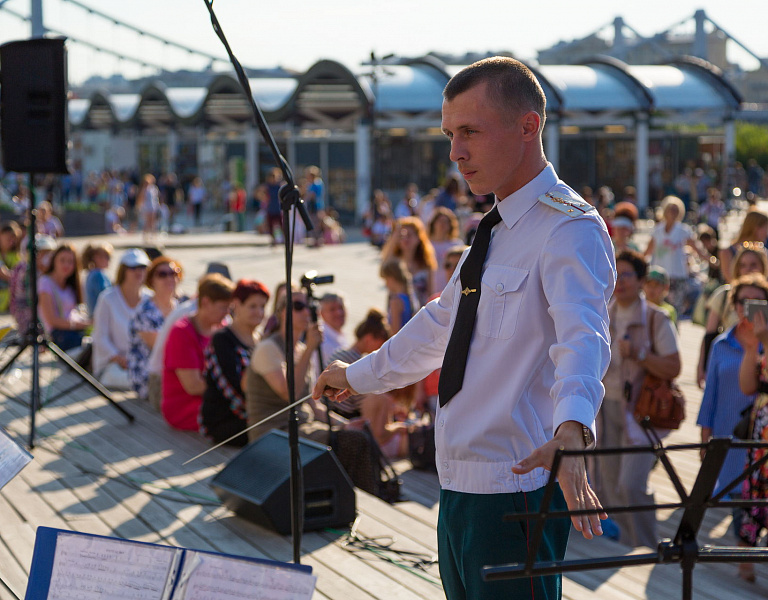 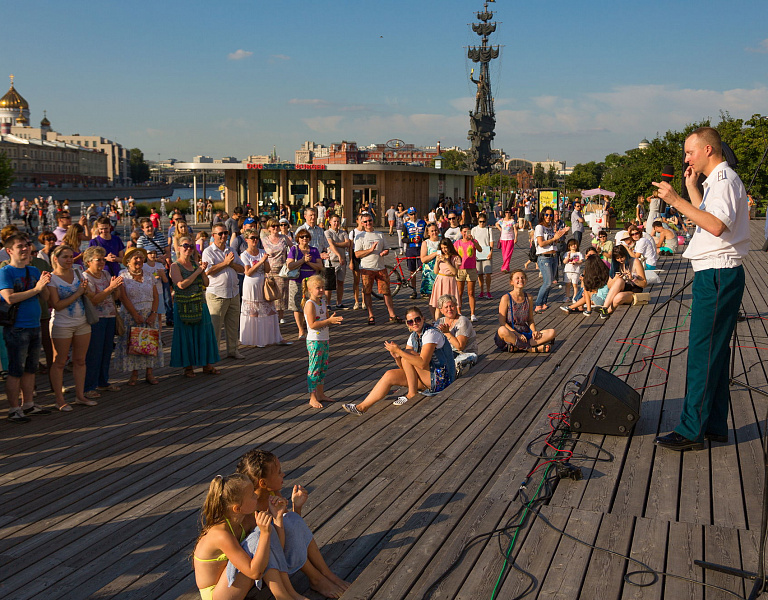 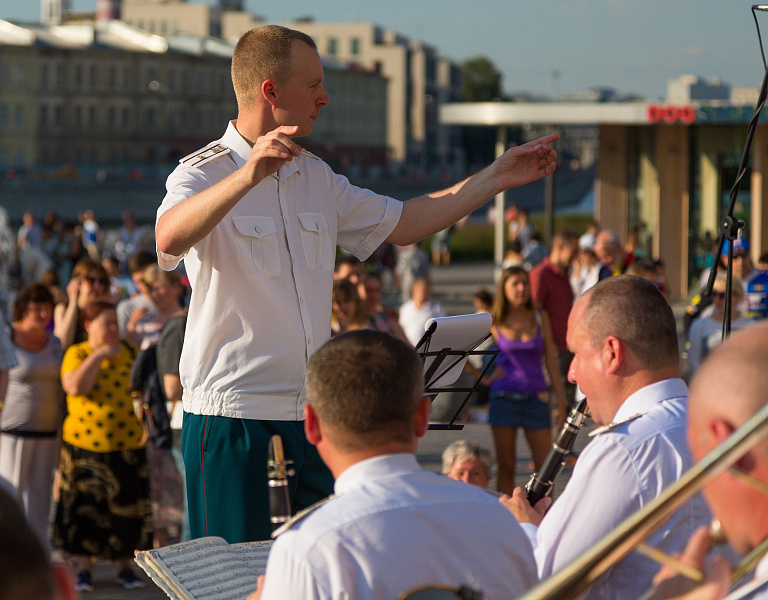 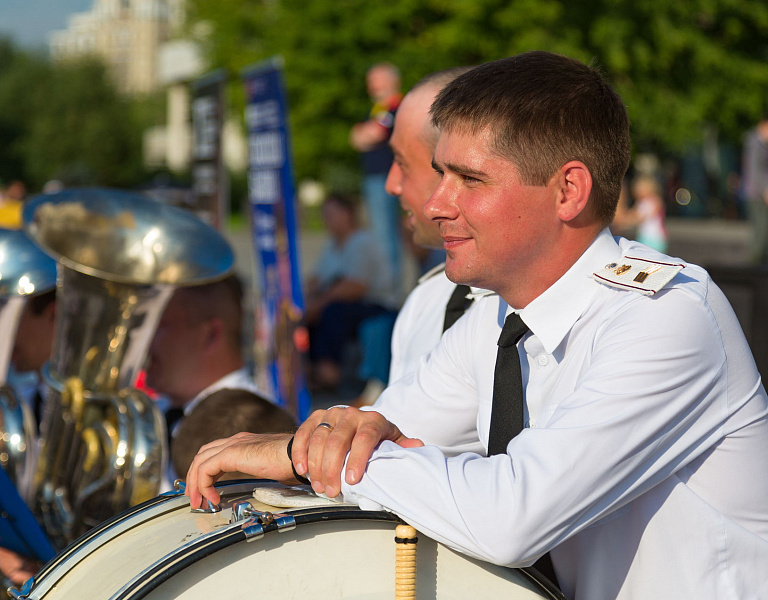 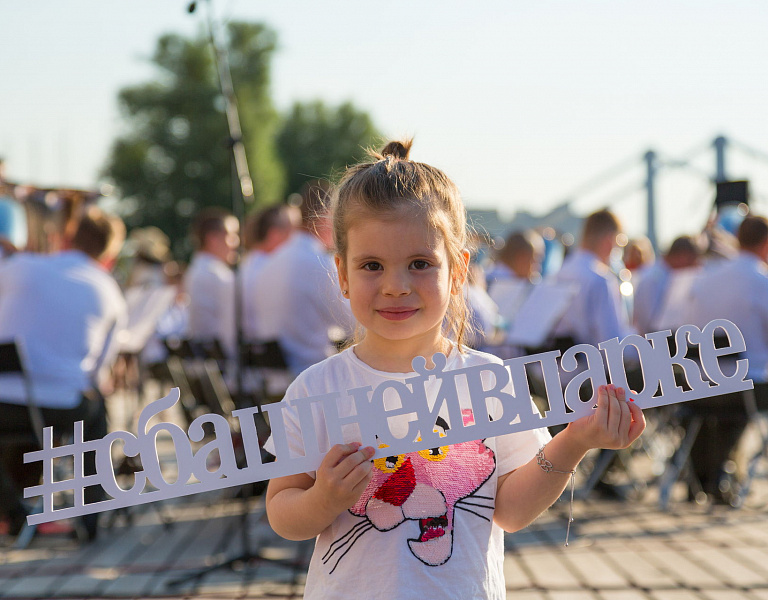 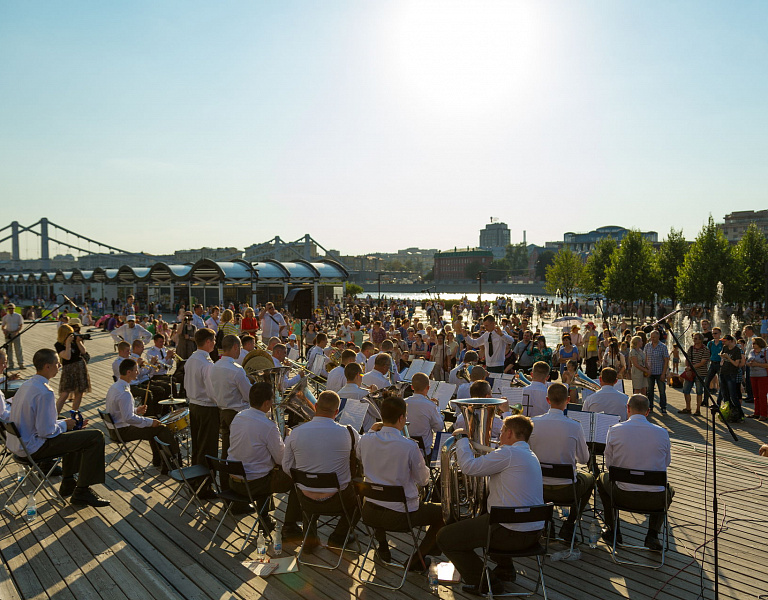 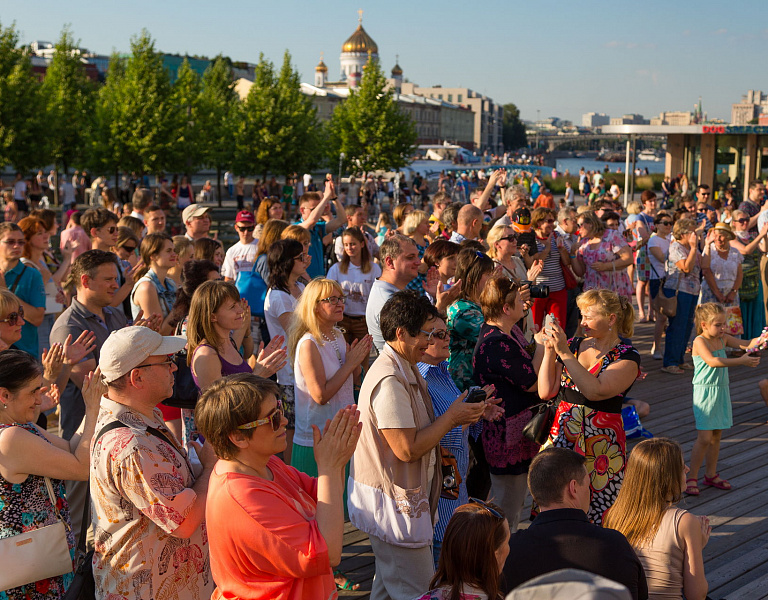